Outlook now available out of Beta for your device Having worked in many an office where Outlook is THE tool to have and use and control you day in and day out... getting it on my phone was a welcome experience.  Just so it looks more consistent to me.  Plus for some reason, using my hotmail accounts in Gmail sometimes causes me to get double notifications.  Don't know why.

Anyways, I gave it a shot, and it's been about a day now.  And as clean as it looks (and is really including some nice material design to boot) it just doesn't function as well to me.

Second, the notification you get is barebones, so no preview.  On the phone that's not a big issue, but I like being able to see the notification on my and read a snippet of the email.  That's no longer possible.

Third, for some reason my school board can't be added in.  In any other email app for Exchange I can easily enter in the info and it works.  But not for this.  No idea why.  (and when you add in a new account the screen that loads up takes seemingly forever to appear) 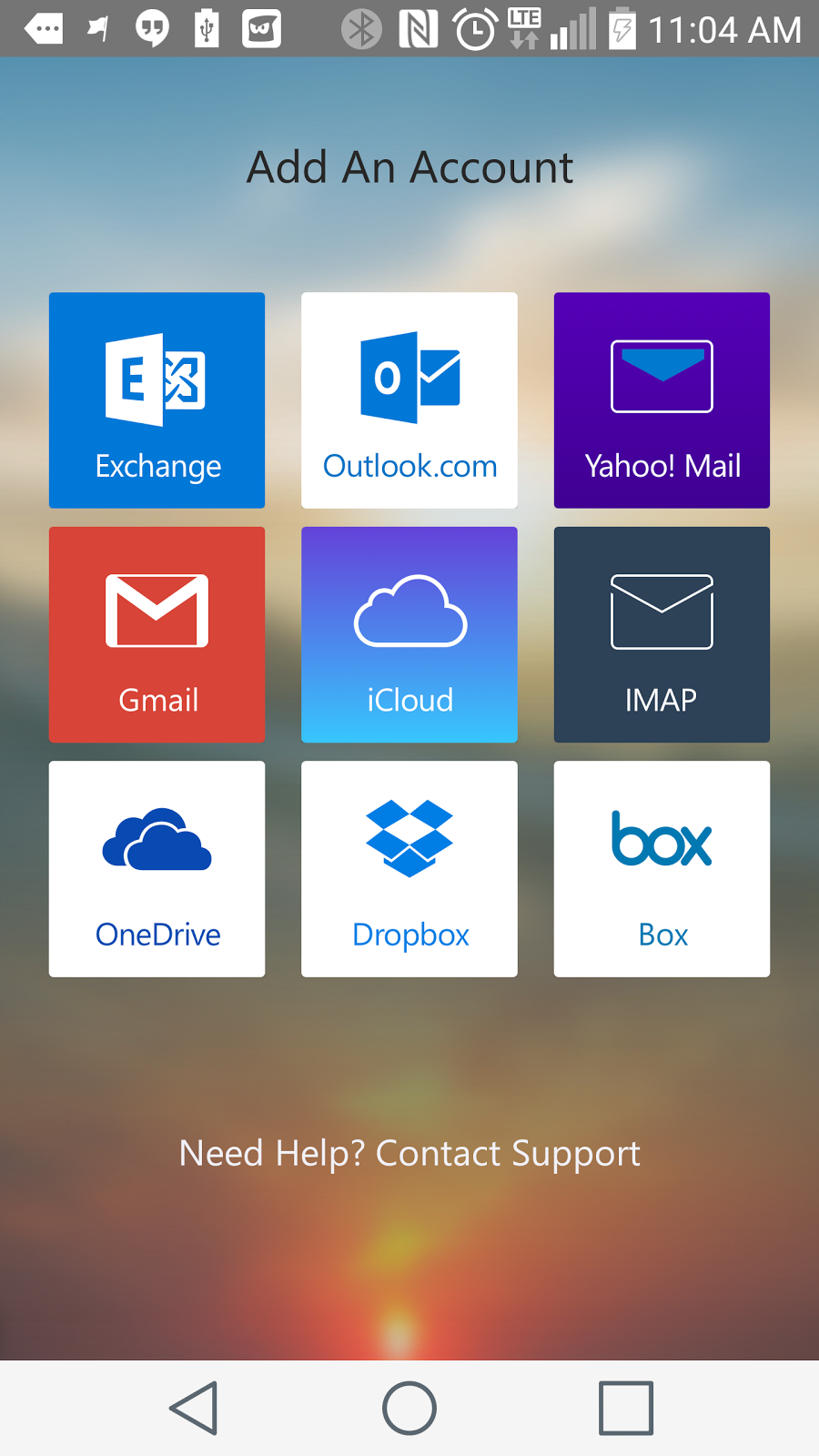 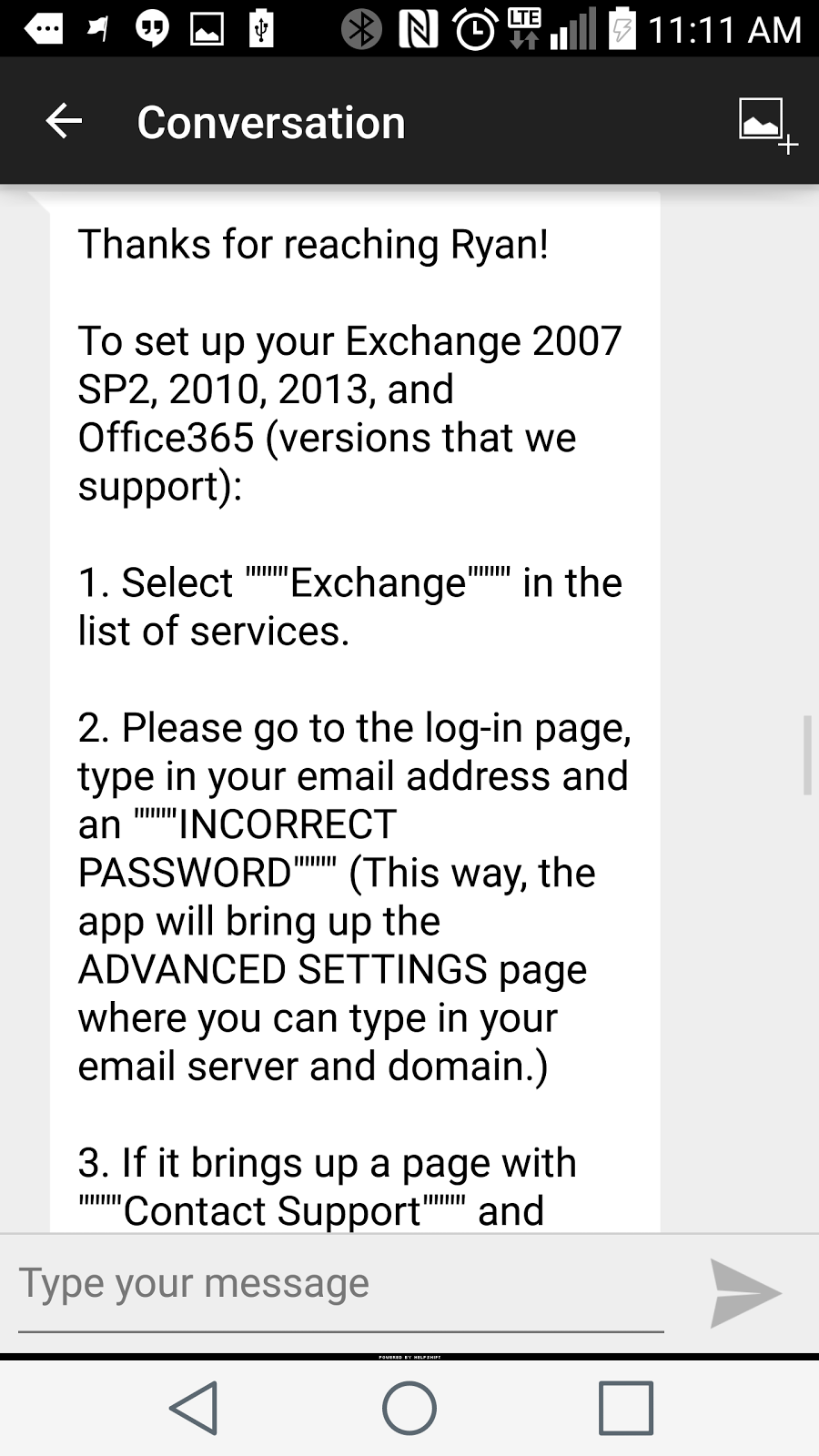 (nope, this didn't work either)
Fourth, no special formatting available in your emails.  In the signatures they automatically put in it puts a link... but there's no way you can do one on your own. 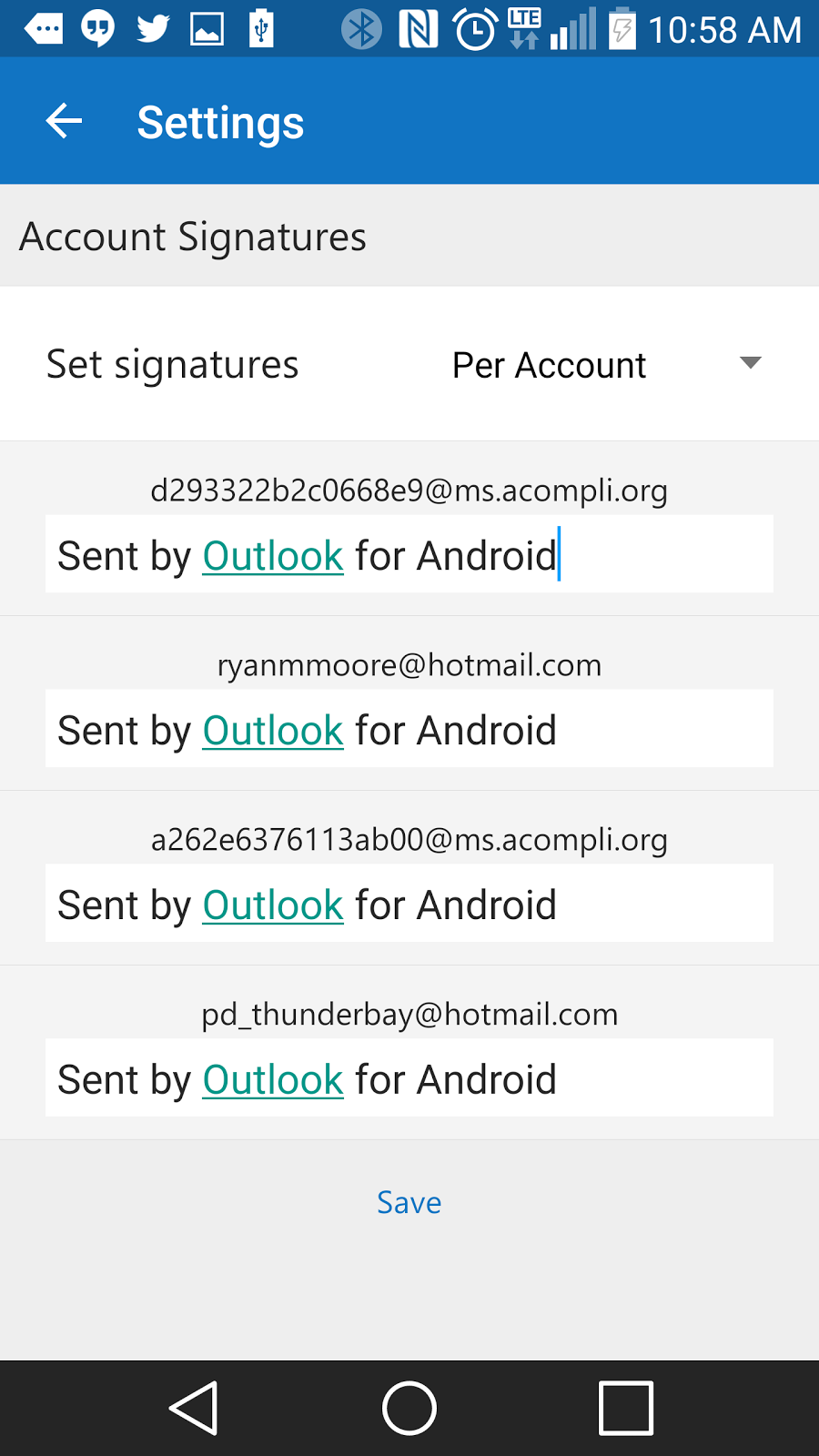 Fifth, you still can't take advantage of group contacts.  That's what I was really hoping for.

But ... like I said, it's clean, and it can separate out your calendars from you system app, so it can be nice that way. 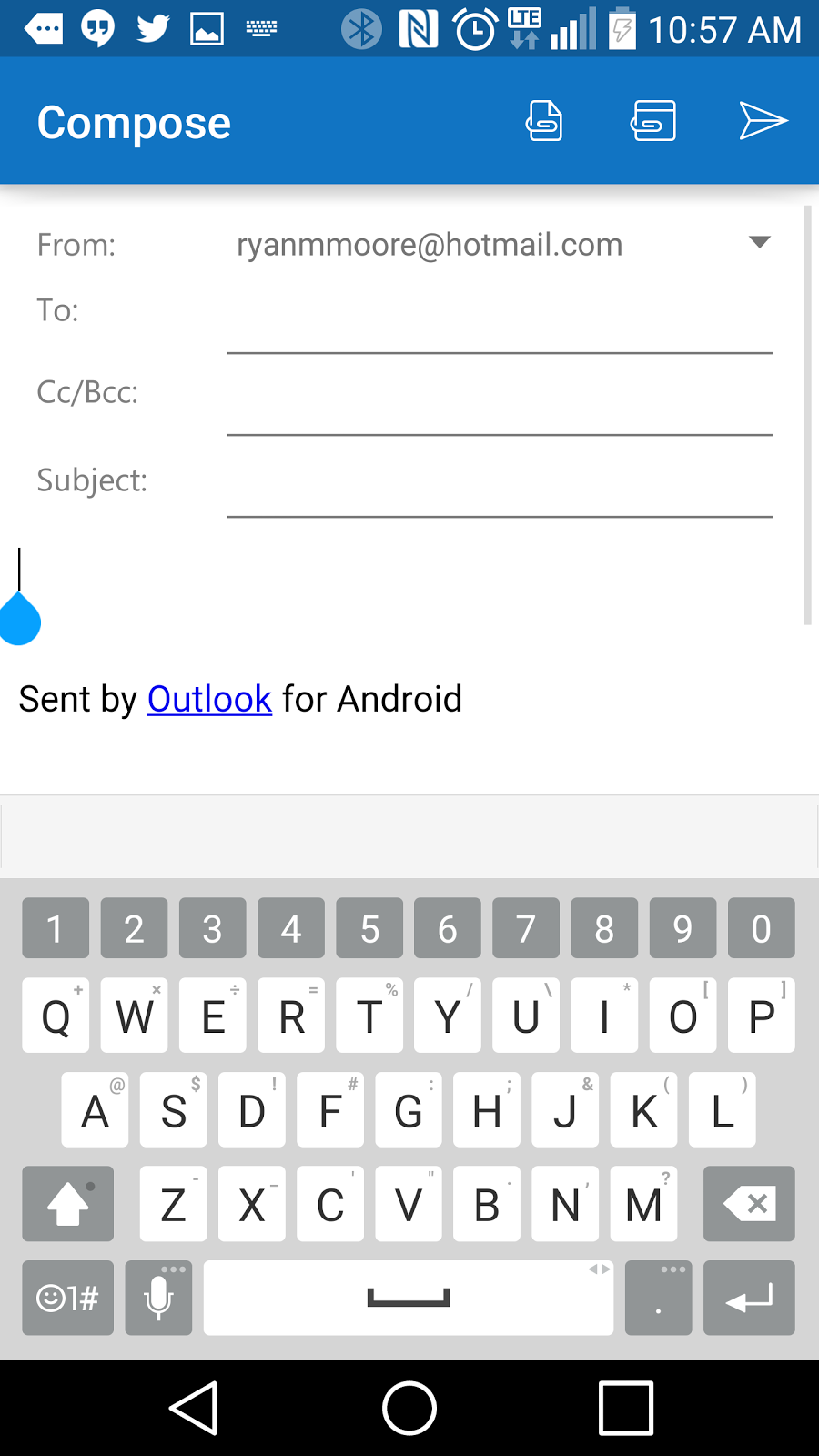 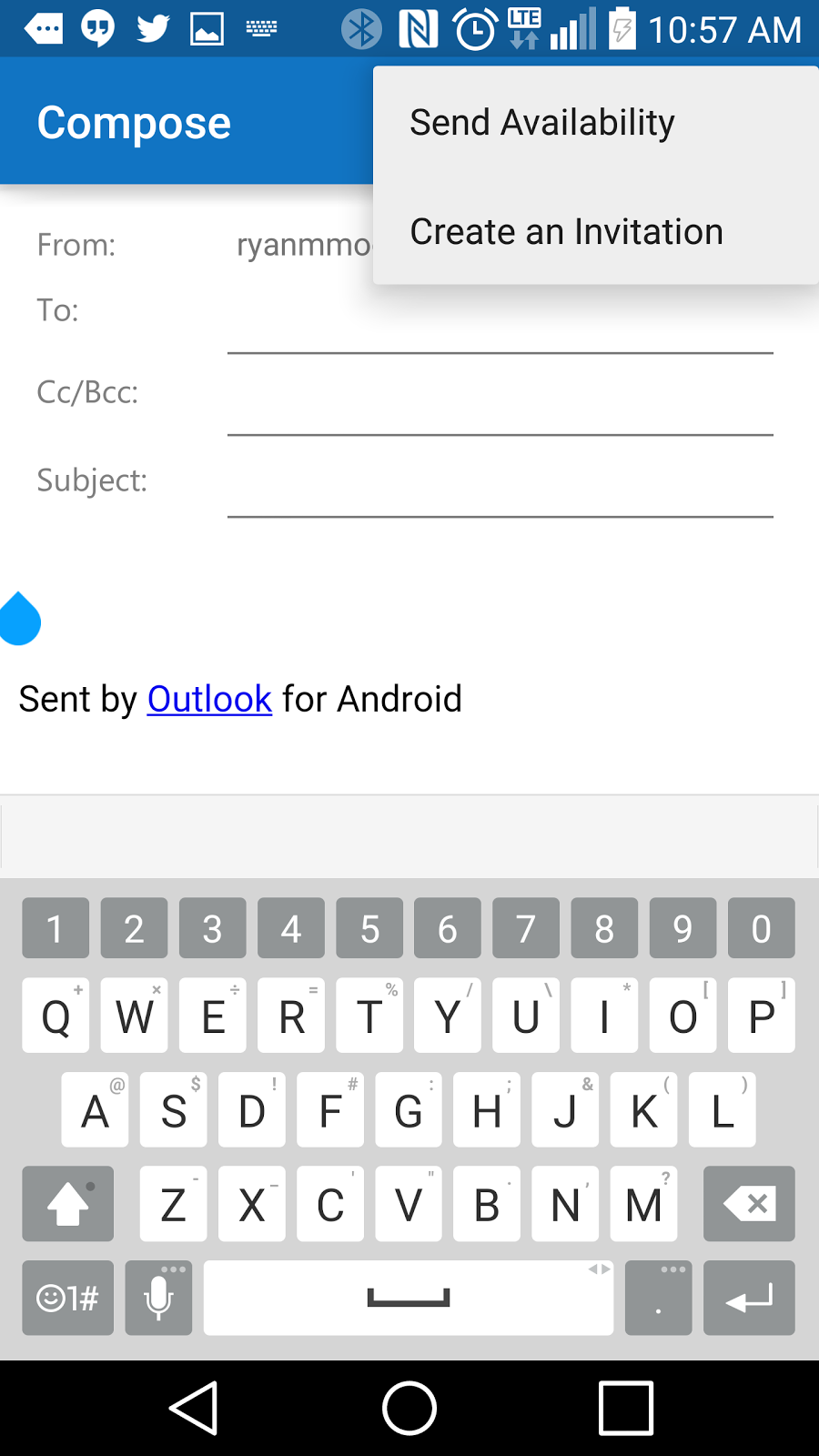 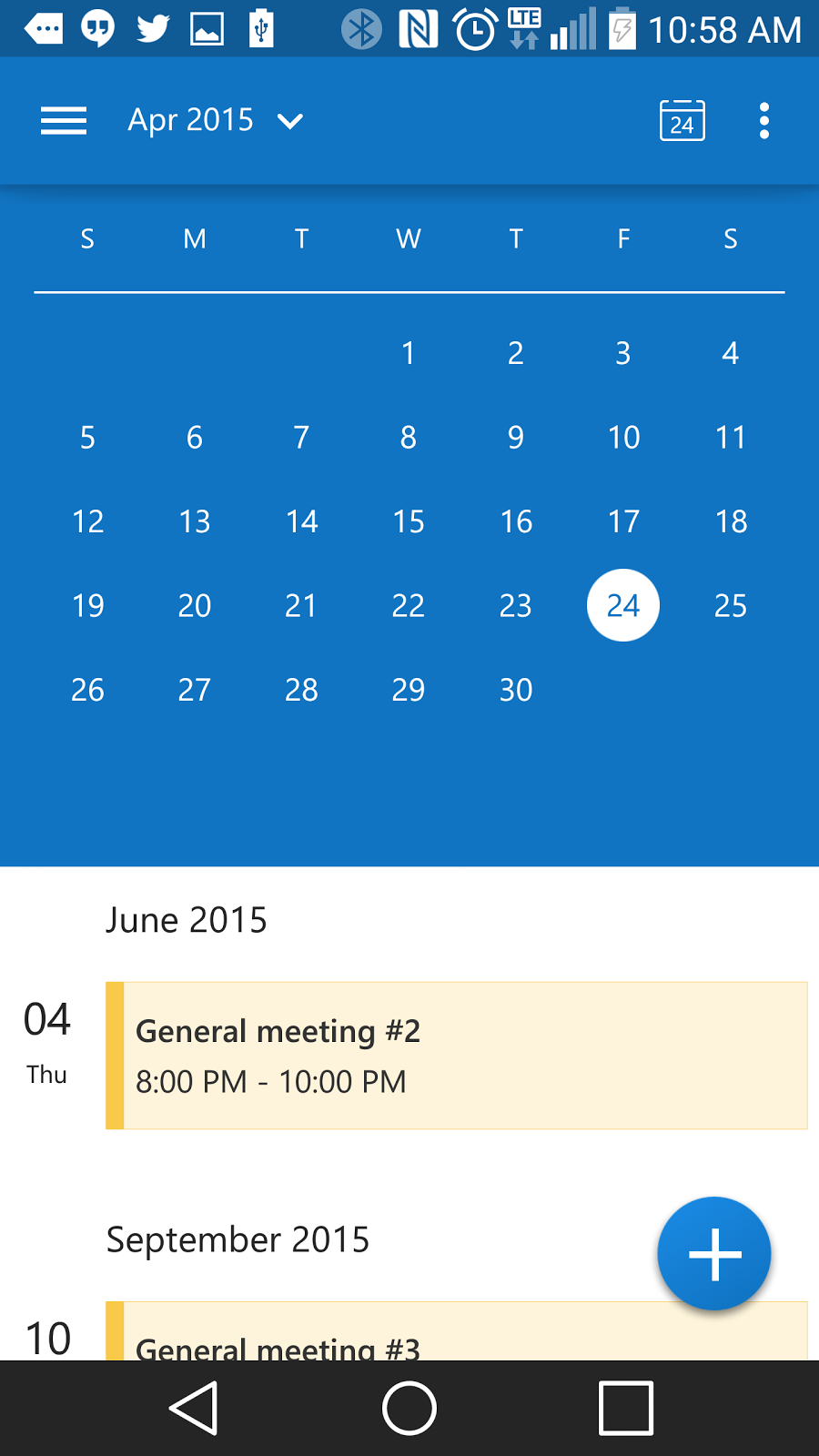 I like that swiping feature that's been in the iOS mail app. 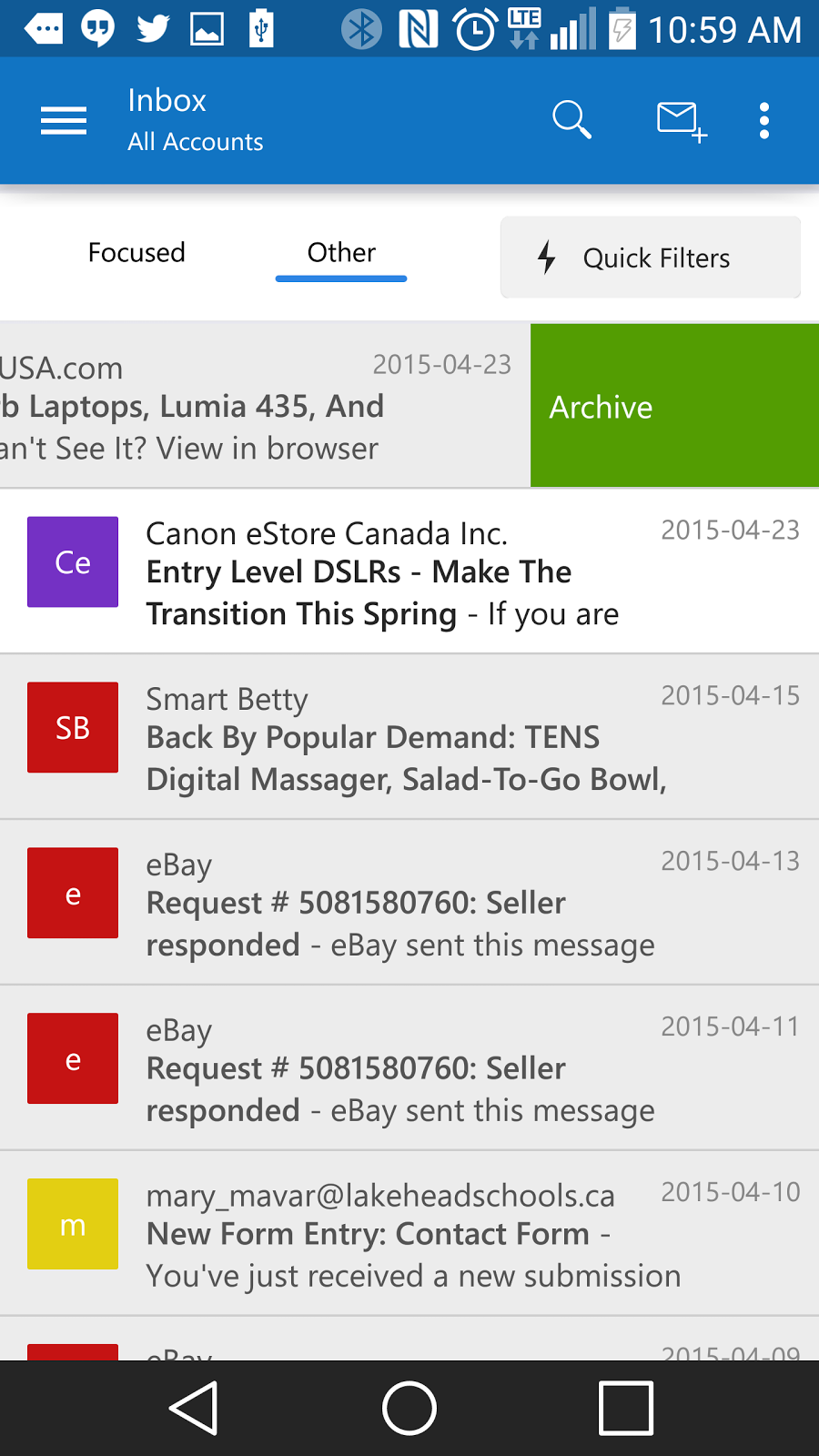 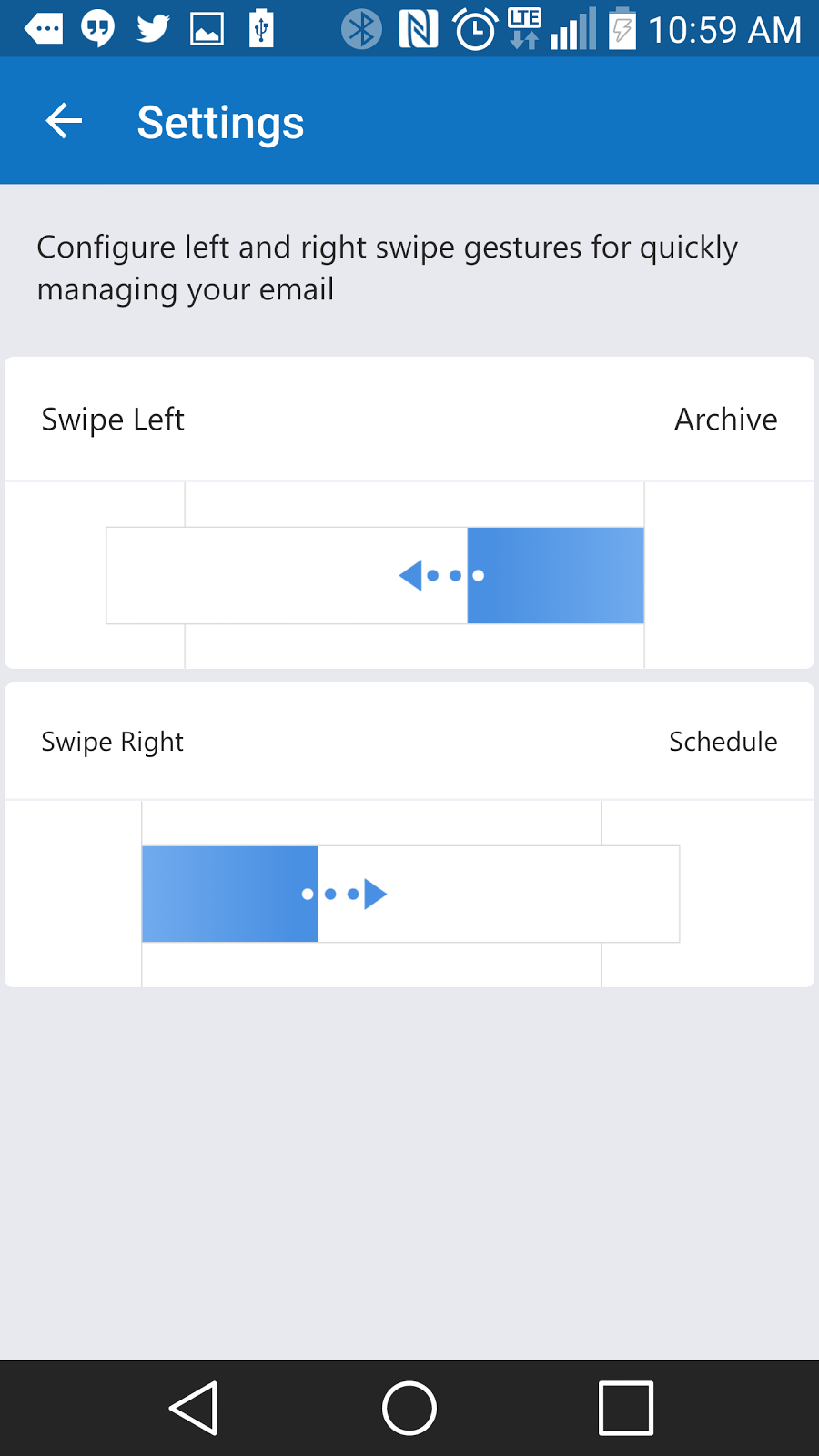 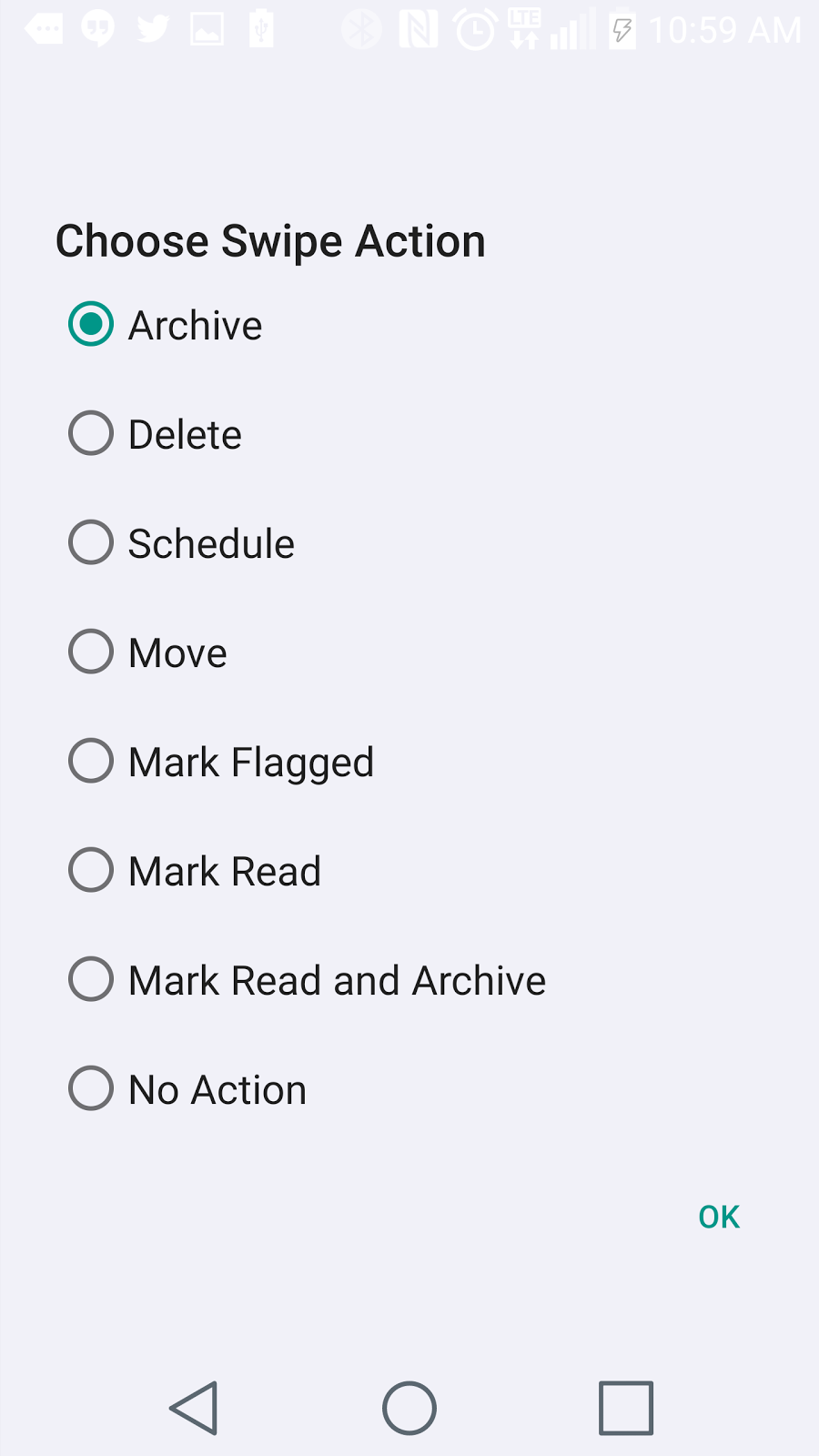 Have you tried it out yet?  What do you think?