LG to give out 4000 G4s for early consumer feedback

Posted by Ryan Moore on April 08, 2015
So, I look at my most recent devices... if you except out the little time dallying with the OnePlus One, my last few devices have all been LG (Nexus 4, G2, G3).  I think it's a great brand for phones, but that's just me.  It's still one of the 'minority' OEMs out there still as I rarely see another LG device (besides a fair number of Nexus 5).  I even had TD call the G3 'rare' the other day when talking about support. 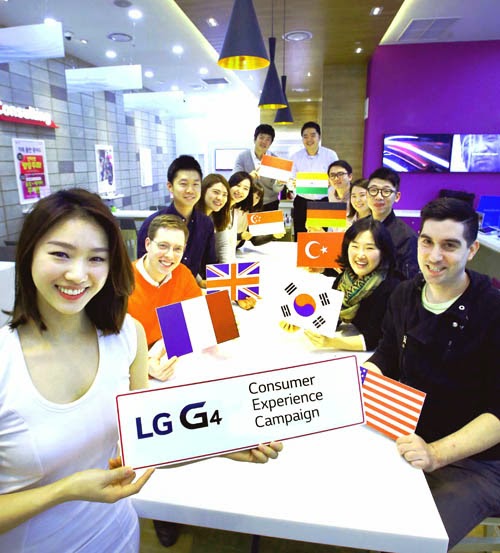 Well, to help get some early consumer feedback, as well as 'maybe' as a bit of a publicity stunt, it looks like LG wants to give out 4,000 phones to some lucky customers across the globe.

This is a much better proposition than what they did for the Korean launch of the G2.

Winners will be selected based on a criteria set out in each area.  So watch the LG social media presence to find out what's required here.  The participants then get the phone for 30 days to carry out some tasks and activities to provide feedback.

Now, if we look at the timeline, 30 days wouldn't be in time to provide some of that info before their April 28th event.

Want to know what to expect from this flagship?  Check out what we already know.

You can read their press release below:

LG TO GIVE OUT 4,000 G4 SMARTPHONES AS PART OF CONSUMER EXPERIENCE CAMPAIGN PRIOR TO LAUNCH

Consumers in 15 Countries Given the Chance to Try
LG’s New Flagship Smartphone and Share Their Experiences Online
SEOUL, April 8, 2015 — As part of its most ambitious smartphone introduction yet, LG Electronics (LG) will select 4,000 consumers in 15 countries who will “test drive” the all new LG G4 smartphone weeks before its official launch. Kicking off today in Korea, the program will target consumers in the following 14 other markets in the days ahead: Turkey, Indonesia, Singapore, United States, China, India, Brazil, Canada, United Kingdom, France, Germany, Mexico, Japan and Hong Kong.

Participants will be selected from applicants based on their entry responses (selection criteria may vary in each market). Individuals can increase their chances of being selected by sharing their application experience on social media platforms such as Facebook, Twitter and Weibo. Once selected, participants in each country will be given an LG G4 for up to 30 days to experience its unique design and features, including its personalized UX, high performance camera and impressive display for sharing online. Participants will be given various assignments to carry out over the course of their experience with prizes awarded.

“Customers are our best fans and we think this would be an exciting and unique way to get our most important mobile product of the year close to the public,” said Juno Cho, president and CEO of LG Electronics Mobile Communications Company. “We’re putting the success of LG G4 in the hands of consumers before the launch because we believe they are the best judge of a great user experience, beyond just benchmarks and speed tests.”

Interested consumers in participating markets are encouraged to check the local LG web page and social media sites in the coming days for more details on how to participate.