Want the new Galaxy S6 - where can you get it in Canada?

Well, we've heard enough of the Galaxy S6 (and we'll probably talk a lot about it tonight during the show), but let's assume you're convinced and you want it.  What now?

Well, in Canada we have some news about where/when you can get it, and here goes:

you can pre-order it on their site at www.rogers.com/reserve 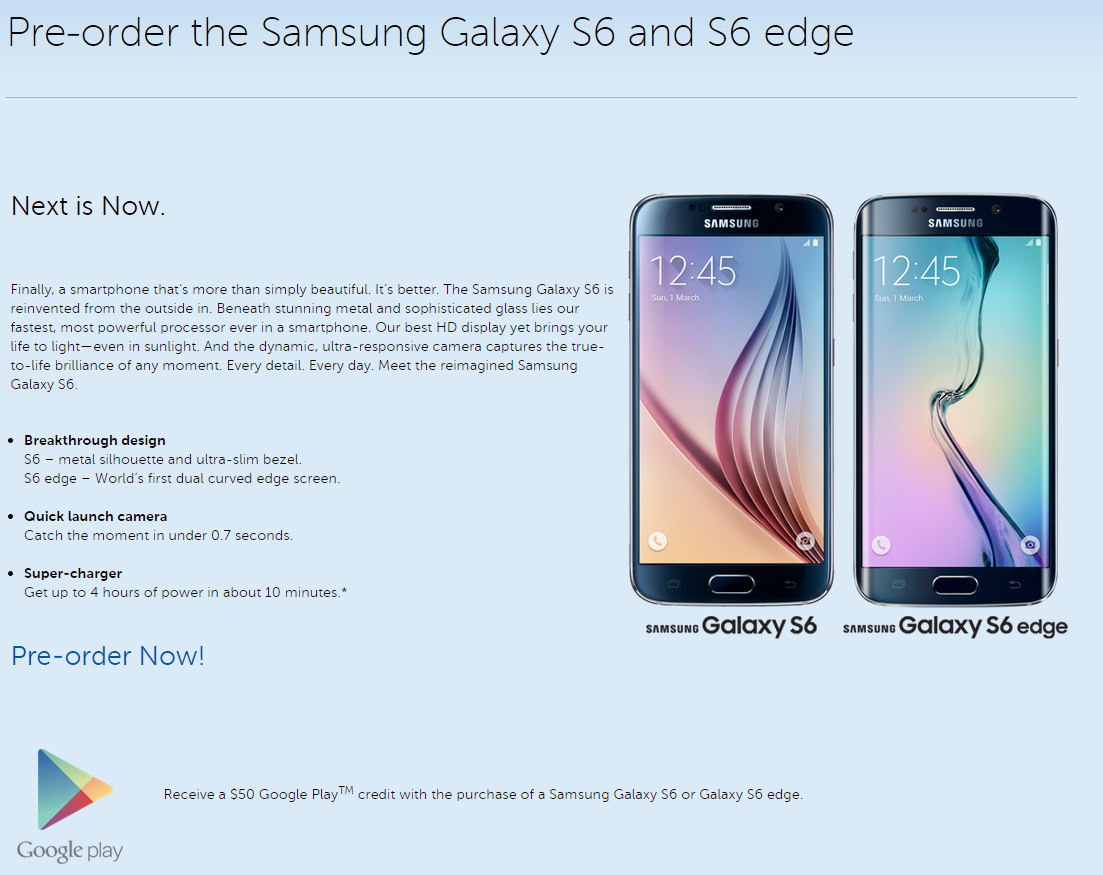 You can pre-order now.

You will get a $50 Google Play Gift Card when you order (whether that's a Samsung or SaskTel thing I don't know).

Pre-orderable and they list the carrier subsidized costs:S6 edge or S6

Pre-order page is up, but you can't start until March 9th!