Thoughts on a "modular" skin of Android by Andrew Penner 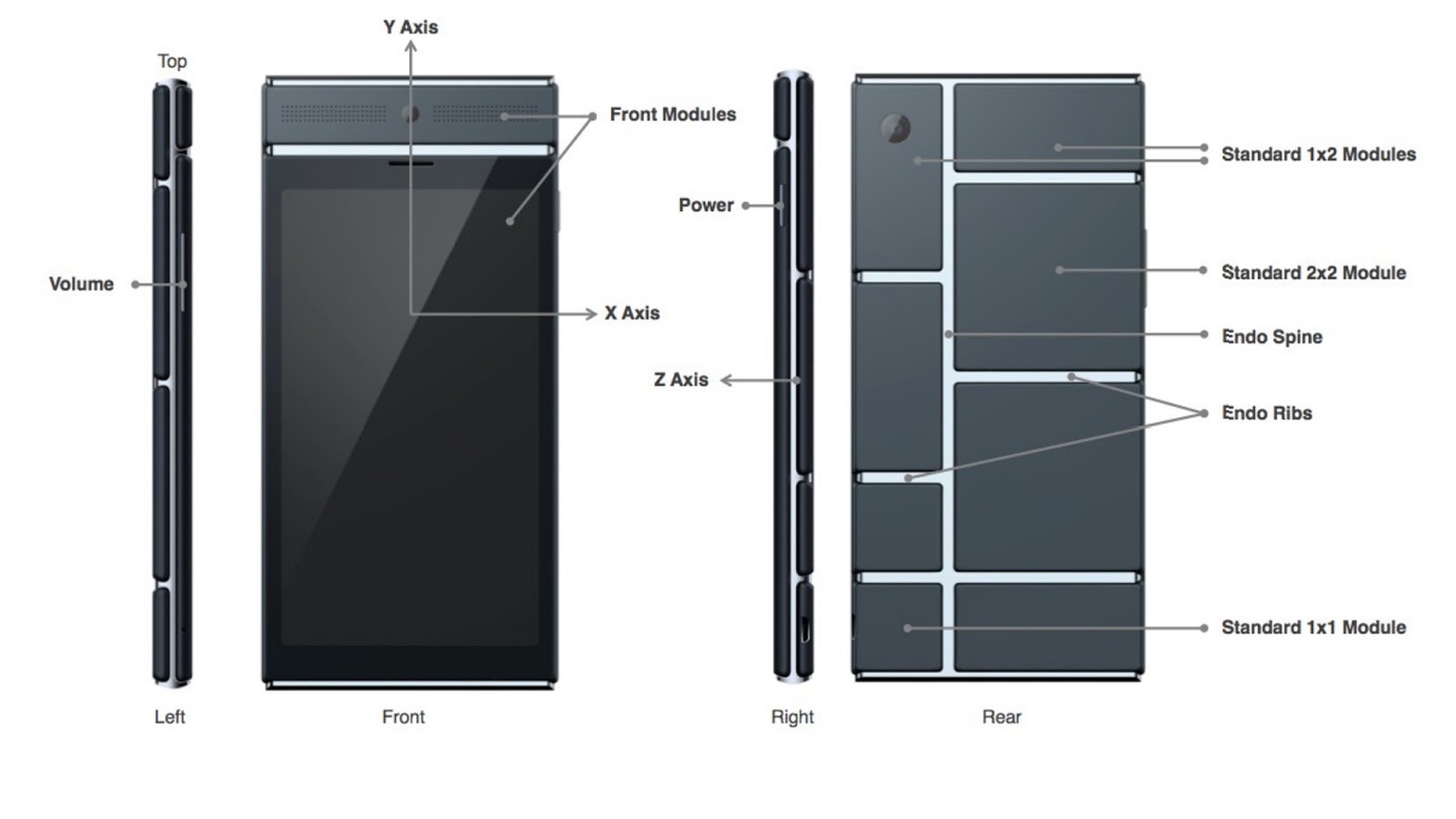 +Andrew Penner has an interesting point when it comes to modular devices. I'm sure people still remember "Project Ara" Google's vision for a modular phone. Continue reading the perspective of someone just like you, a user, someone from the public.


My Dream Phone… everyone has one. Everyone looks at their phone and says “It’s pretty dang good, but I wish it had X feature, or hardware from manufacturer Y.” Google’s Project Ara is attempting to solve this to some degree. Personally, I kind of have my doubts as to the success of this in the consumer world. It's a great idea in theory, but I’m not holding my breath on it in its current form.My initial reaction - and it still holds true - is one more of “” then “WOW”. For starters, it’s been my experience that anything that tries to be multi-adaptable is never as good as a dedicated device. Let’s take a Swiss Army Knife as an example. I have one, and I love it. I’ve had it for years and while it’s not one with almost every feature, it has what I need it. 2 blades (the main blade is  a neat, smooth/serrated combination), screwdriver/can opener, screwdriver/bottle opener, corkscrew, leather punch, toothpick, and tweezers. It’s great and it’s been very useful. But to be honest - I’d rather reach for a real screwdriver than the knife in my pocket because it just works better. This is just one example. Think of software - an app dedicated to doing ONE thing runs better, takes less memory, has fewer bugs, and broader compatibility then an app that does 10 things. So then while I was thinking about a modular PHYSICAL phone, I got to thinking about modular SOFTWARE. And it seems that Samsung (among others) is already moving in this direction. I’m not just talking apps from Google Play or Samsung Hub, but a very similar approach.

Now, I haven’t used a Samsung any newer than my S4 other than a few minutes, so what follows is just based on various articles I’ve read and then thrown my own thoughts into it. The stock software on the S4 is amazing. So many features and options to try out and play with! The number of ways to change what your devices does and looks like and acts is a little overwhelming. The downside here is bloat - a lot of it! Most of the features on my S4 are turned off, and if possible, they’re disabled, but the fact that they are still part of the software means it takes a lot of memory and processor cycles to run. TouchWiz that came on the S5 and Note 4 has taken steps to tone this down, and if rumors are correct, the S6 will have an even slimmer version of TouchWiz. But here’s what I’d like to see. I understand that if I buy a Samsung device (or LG, or Sony) that I am buying that brand of hardware AND software - as opposed to a Nexus, where the hardware is built by a phone manufacturer, but the software is as pure as it can get - the focus is on the NEXUS branding, not the hardware manufacturer.

I’ll reference Samsung because it’s the software I’m most familiar with and because it’s a well known skin for a number of reasons. For example, let’s say I (hypothetically) go and buy a Samsung “FlagShip” (let's use that as the actual device name) - it’s the latest and greatest phone they’ve got. I know that some features will have Samsung’s touch, and that’s not always a bad thing. But far too often it seems Samsung goes overboard with touching EVERY part of your phone, and for some that IS a bad thing!

So with their FlagShip, let’s say Samsung is trying a new approach. Something more… modular. Think Project Ara but in software. You get a manufacturer’s base, but YOU can choose which plugins you want. So you get Samsung’s launcher, and their versions of calculator, calendar, dialer/contacts, gallery, and a fairly basic camera app. You get their office software (document viewer/editor) and that’s about it. Hardware wise all the good stuff is there - all the sensors you could want (or maybe you don’t need it but it’s there). Gyroscope, temperature, humidity, heart-rate monitor, fingerprint scanner, etc. Along with a screaming fast SoC (System on a Chip aka the processor), cutting edge screen, great battery, etc.
But here’s where I think the difference would lie. Instead of having the software run all the features and customization already baked into TouchWiz, it would be available to download as software “plugins”. And without the plugins, the hardware or software feature would be completely dormant - as if it wasn’t even there. The base software would be slimmer, and a lighter load on RAM, processor, and battery.Take the camera, for example. Samsung’s camera as a whole (and I’m talking the combination of software, app, and hardware) is pretty dang good and has been for a while. Not so much in low light, but as a general rule it’s pretty slick. The software does help, as I can take a better looking picture with the stock Samsung camera app than I can with Google’s stock camera app on a fairly consistent basis. Why? Because the software is coded for the hardware, not a broad-targeted app on Google Play.

So I could buy the FlagShip, with their new modular skin (TouchSpin? Sure, let's go with that name). I know I get a few base S-apps (calculator, calendar, dialer, office software, etc.). But none of the S-Health stuff is loaded. I get an OK camera app, but I can downgrade it if the camera is not priority, or upgrade it to one with more features and settings. I can pick and choose the software “modules” to set up the phone how I want. Do I like gestures? I can get the “S-Motion plugin”. Am I a fitness/exercise fiend? I can get one or more S-Health plugins that will activate a fairly accurate step counter, wakes up the otherwise-dormant heart rate monitor, and could include more support for their Gear line of wearable tech, and more. Do I just want a gaming computer in my pocket that I can text and make calls from? Download the performance module - allowing the to run wide open under certain circumstances (raises the thermal throttling threshold, for example) upgrades the display drivers, and other gaming optimizations. Need more of a productivity machine? Upgrade the office software to the full suite, add the S-Pen module (so even though it’s not from the Galaxy Note device line, you could just import that plugin and the S-Pen would work fine). There are other variations. Media? Sure, download the full-featured video and music player with a more granular EQ and better display tuning options, along with a vast array of codecs to run almost any sort of file.
So why not just go with a Nexus? Well, here’s my thing. Generally, the Nexus devices have a weak area hardware - typically the camera, but sometimes battery life can be an issue too. It is what it is (although with the Nexus6 and Nexus9 this seems to be changing for the better). Again, an example of compromise - Nexus devices always have a weak point compared with a fully branded smartphone, some models have been worse than others and typically the battery life and camera have come up fairly consistently as shortfalls.

I’m thinking with a Modular Software approach, you can get a little better hardware - Think Samsung for consistent camera and bright AMOLED screens. Sony for waterproof bodies and stunning cameras.

HTC if you crave that metal , - but while you don’t get vanilla Android, you do get a pared down skin. From there you can pick and choose how to “mod” your device to your needs.

The best part is, this would all be manufacturer supported - no root required, all warranty supported. Think of finding the sweet spot between a skin and a pure Nexus experience - but YOU get to shop for the hardware you want, because the FlagShip would come in 3 sizes. FlagShip M (say, 4.5 inch 720p , say 2200mAh battery), FlagShip L (5.2 inch 1080p, larger battery) and FlashShip XL (5.7 inch screen, 1080p you can upgrade to 4k with software module, and a beast of a battery). Plus, each of the 3 would have an available “XL battery pack” (a larger battery with battery door to fit) for the power-users. Maybe some of the plugins would be a separate purchase and some would be free - who knows. But this would allow Samsung (or whichever manufacturer) to really narrow down their model line and this trim costs in both manufacturing and advertising.