I've said it before; and it bears repeating - Sony is probably the most under-appreciated name out there.  It's had some rougher patches in the past, devices like the Xperia Play, or the ion.  But all that has been forgotten in the past iterations of the Z series.

And what's not to love with the Z series, the new Z3 is the latest in the offering which has upped the game over last year's Z2.  It has the same screen, resolution, camera and RAM, but has bumped the processor slightly and upped the IP rating.

But what was cool besides the slight bumps is that the Z3 came as part of a whole family of devices for Sony, the Z3 Compact (probably anybody's best bit for a 'not as large' phone), and the Z3 Tablet Compact (their first in the mid size range).

Currently, the phone is available at most of the main carriers ranging from $150 on contract to $700 outright (visit databases.androidcoliseum.com for the carrier costs sheet).


Don't want to read through the full review?  Lazy!  But here's the TL;DR - yes, I could very well have had a Nexus for the cleaner software, but Sony provides a great handfeel with an amazing camera and best of all IP68.


You can compare the comparison of how the Z3 stacks up to its predecessors and competitors over at hangouts.androidcoliseum.com.

Some might question why they didn't change much from one version to the other, but with only a 6 month turnover for devices, there's not a heck of a lot to change.  And really the 5.2" size is just perfect - and there's a lot of discussion on whether or not QuadHD would really be worth it.

It's also changed the build slightly where it is a sleeker curves; whereas the Z2 had some sharp edges the Z3 has a definite sleek hand feel.  That being said it is quite slippier than last year.  If you're putting this phone down on something smooth, ensure that it's not at all tilted.  I've seen the phone just slowly slide toward dangerous edges.  So I highly HIGHLY recommend picking up some sort of screen protector or skin for the back glass.

Speaking of the glass, I had really stood up for the Nexus 4 and it's back glass, but it does have some issues.  I'm not afraid of it breaking whatsoever, just it makes it extra slippery and I always hate to see a nice piece of glass that gets a scratch in it.  Which this phone has been able to collect a couple when I've only put it in pockets by itself.

More about the feel of the phone it has the typical button layout of the Xperia with it's proprietary camera button.  I'll talk more about the camera later, but I've not gotten the purpose of having a camera button, except it really helps to direct folks to shooting in a landscape mode.


So turning the device on you are greeted with a very responsive system.  And by responsive, I mean fast.  This device boots up faster than just about faster than any device I've seen thus far.

Then just about any app we've thrown at it has handled just fine.

It's just too bad that we have the Sony UI.  I'm just not a fan.  It's nothing that can't be replaced with a launcher or other tweaks here and there.

While using it you might notice the app drawer is a little full.  Some folks like to give Samsung a bit of a bad rap about their bloated UI.

Well, on this Sony device I counted 17 apps that Sony has added in and 5 3rd party apps.  That's 22 extra apps all bundled in.  The 3rd party ones you can remove however.

Even when you do the Google Now swipe up, "What's New" is still stuck there (the Z2 and the Z3 tablet have been able to remove it, so hopefully it's not going to be there long). 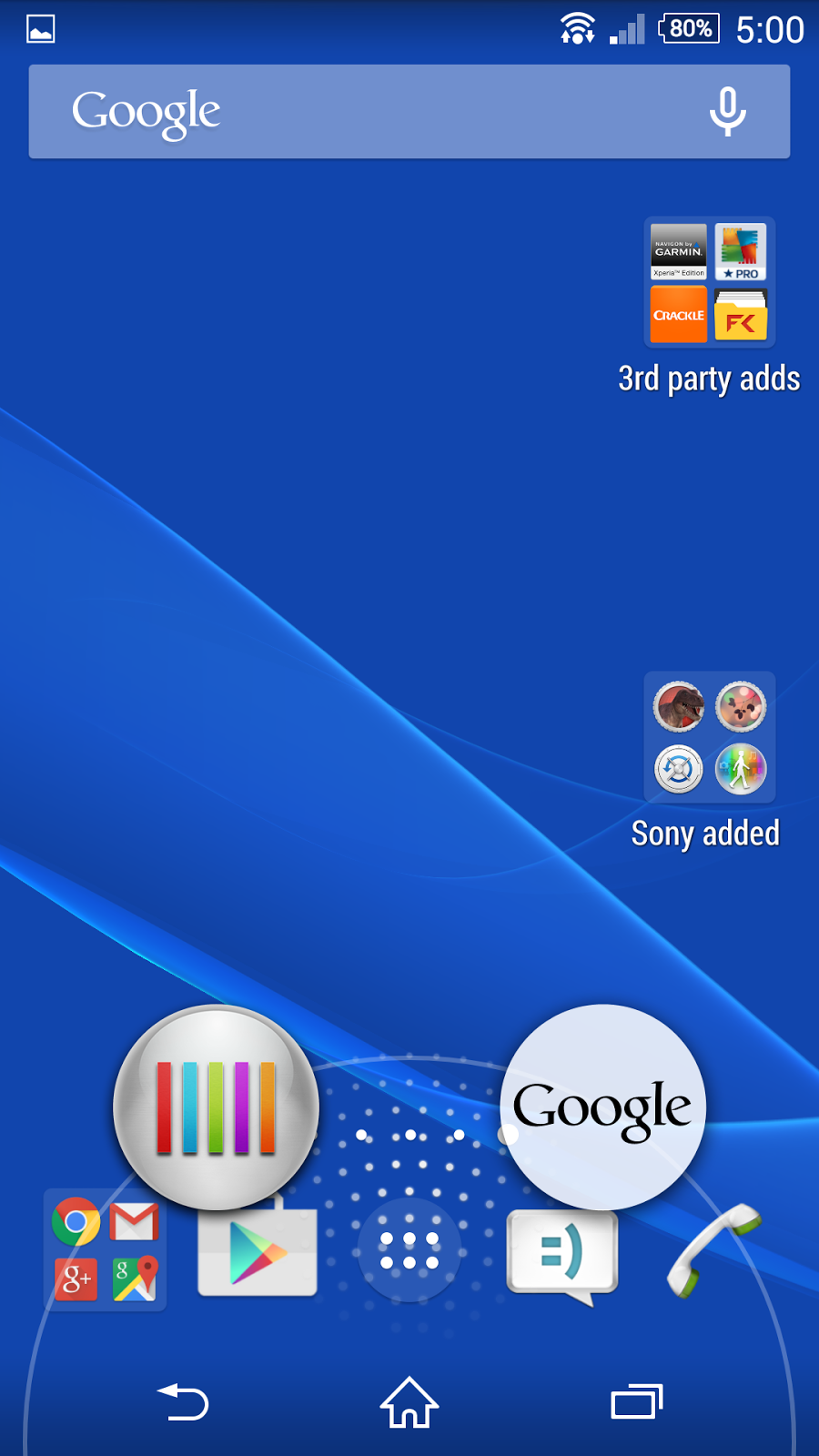 And where Samsung tries to rope you into their ecosystem, (and so does Sony with their music and video offerings), their app store really just redirects you to the Google Play Store.

It was just kinda mind boggling.

But did you notice something cool?  I did those screen recordings with the built in options when you hold down the power key.  It's not on Lollipop (yet) and it's not rooted.  It's just a feature.  It's a feature I would use ALL THE TIME.

While using you'll also notice that the display while watching this device is amazing.  I'm used to QuadHD, but didn't notice the 'lower resolution' whatsoever.  It's a very VERY sharp looking display.  Lines are very clear and defined.  I just wish the colour would match.  I don't know if it's a power saving thing or ambient light sensor, but I noticed from time to time that the greys were really washed out.  You might be able to adjust, but I didn't, just because most often the average user wouldn't.

There's a wide variety of Sony features ... that to be honest never really stood out for me.  Lifelog (a social media and activity tracker), PlayStation (if you want to play your games on your phone... apparently I really am downplaying this feature), Sketch (a simple drawing app), SmartConnect (essentially a trigger app that takes input from a variety of sensors and situations to enact behaviours), ...

I will say, I do like floating apps, and I'm surprised that more OEMs aren't implementing this.  Some are, sure, but Sony really was the first (that I can remember).

Luckily, I'm also reviewing this phone at the same time as reviewing Samsung's HU9000 TV so I did get to play with the (I'll call it 'cast', but really it's) Throw feature.  Having had to use the similar features on my Nexus Player or Chromecast, really there's no comparison as it is EXTREMELY fluid to be able to send the photos and video directly to the TV.  I was surprised how well it worked across 2 different OEMs.


This is one of my pet peeves.  I really REALLY like the G lens they have on this.  20.7MP makes for a really nice shot.  Colour reproduction is good, focus is great.  But the app has a lot of extra features that are novel, but little that are useful.

Like the AR feature.  It's cool... lots of my friends loved to play with it and see how it worked and have dinosaurs run across the land.  But I doubt after that any of them would ever use it again. 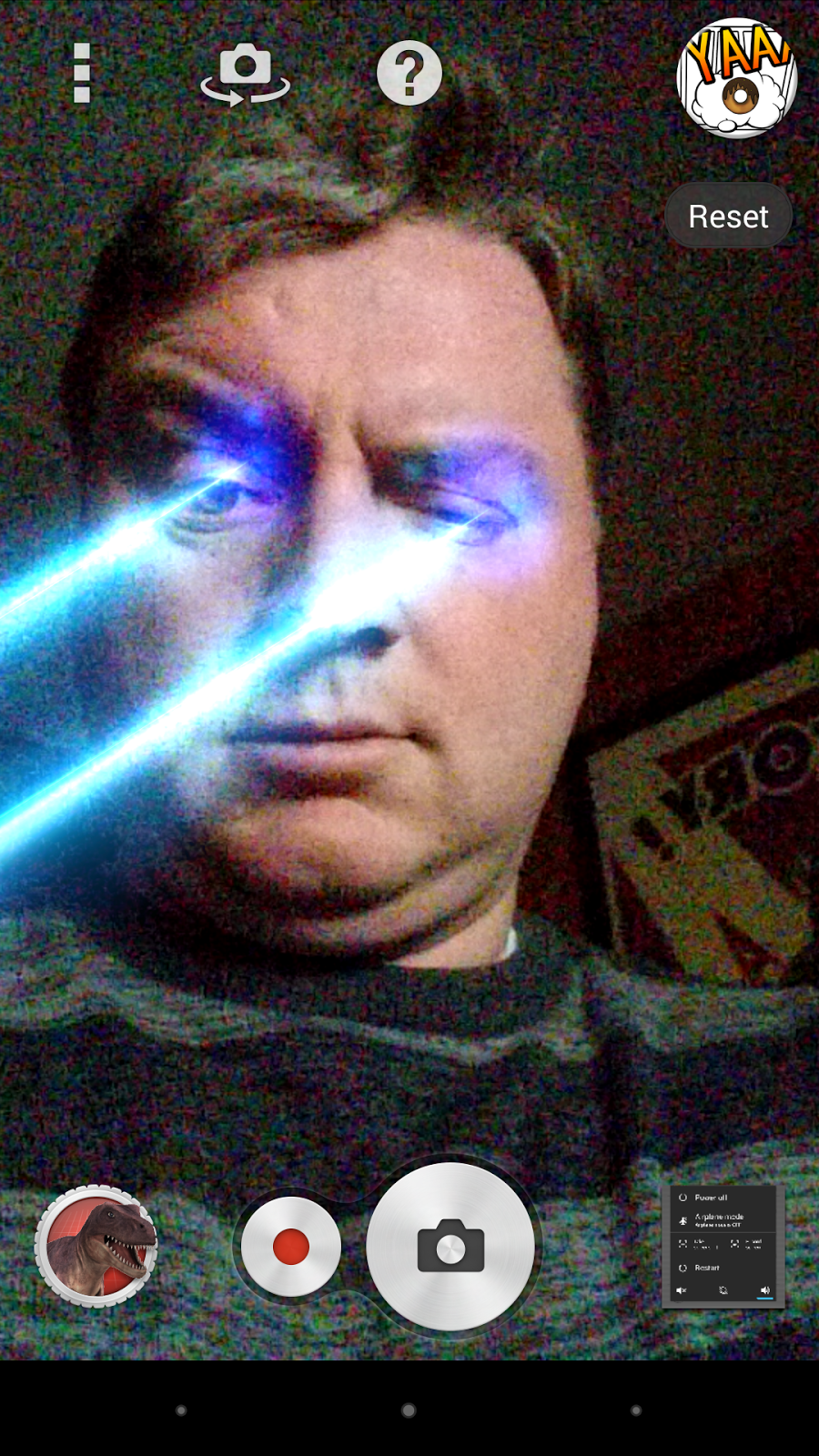 The panorama feature forces you to take a full sweep.  If I just wanted to sweep a small arc, I'll be given a full wide photo with most of it just grey.  This is something I've complained about in the Xperia camera app for a while, but still isn't fixed.

And then this camera gets hot.  Like really hot.  I've never seen the warning on any other device about how it's had to shut down the camera app because of over heating.

But it still takes some amazing photos.  I'm not going to do a gallery as you can see some examples from my Z2 review. 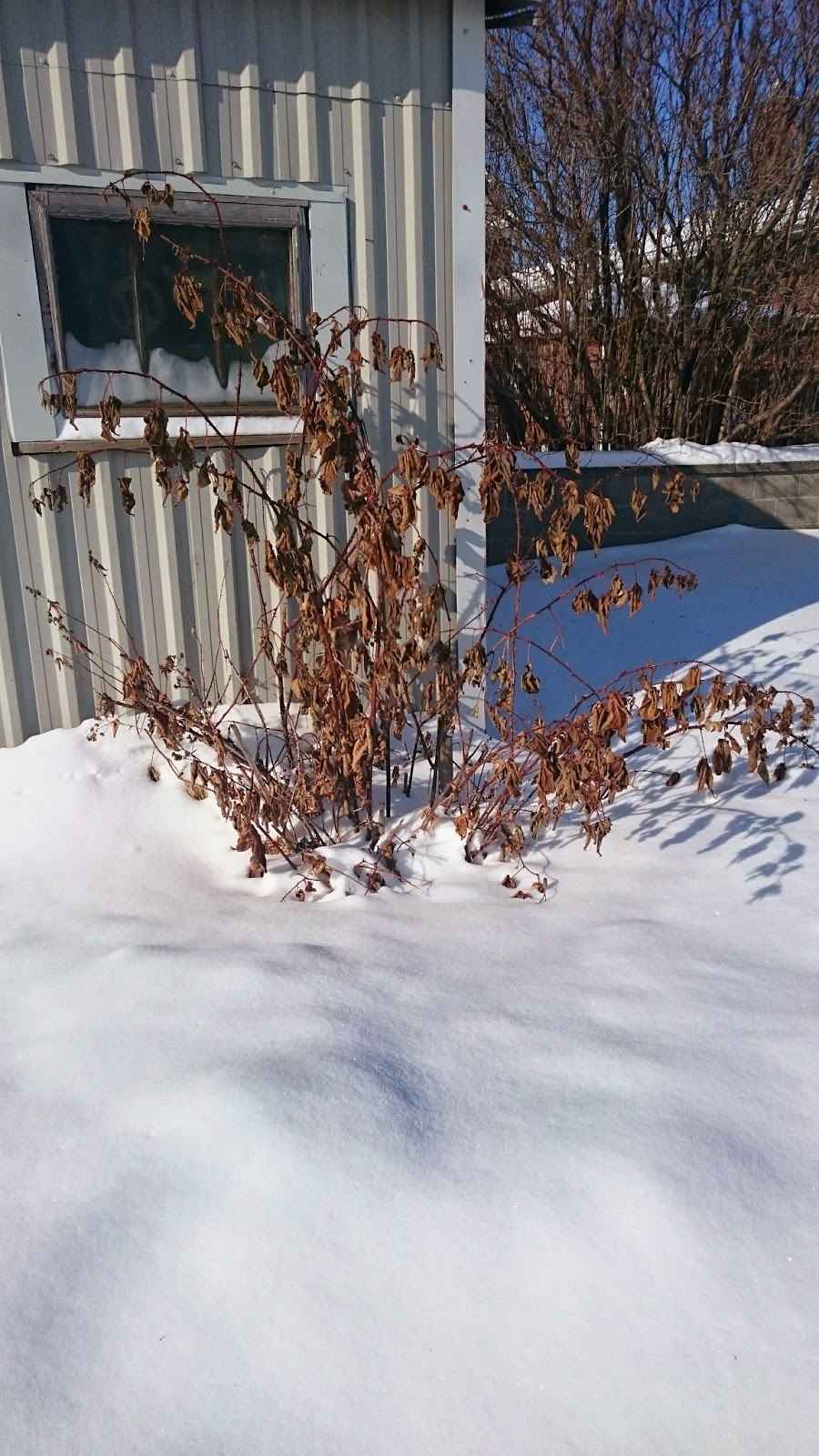 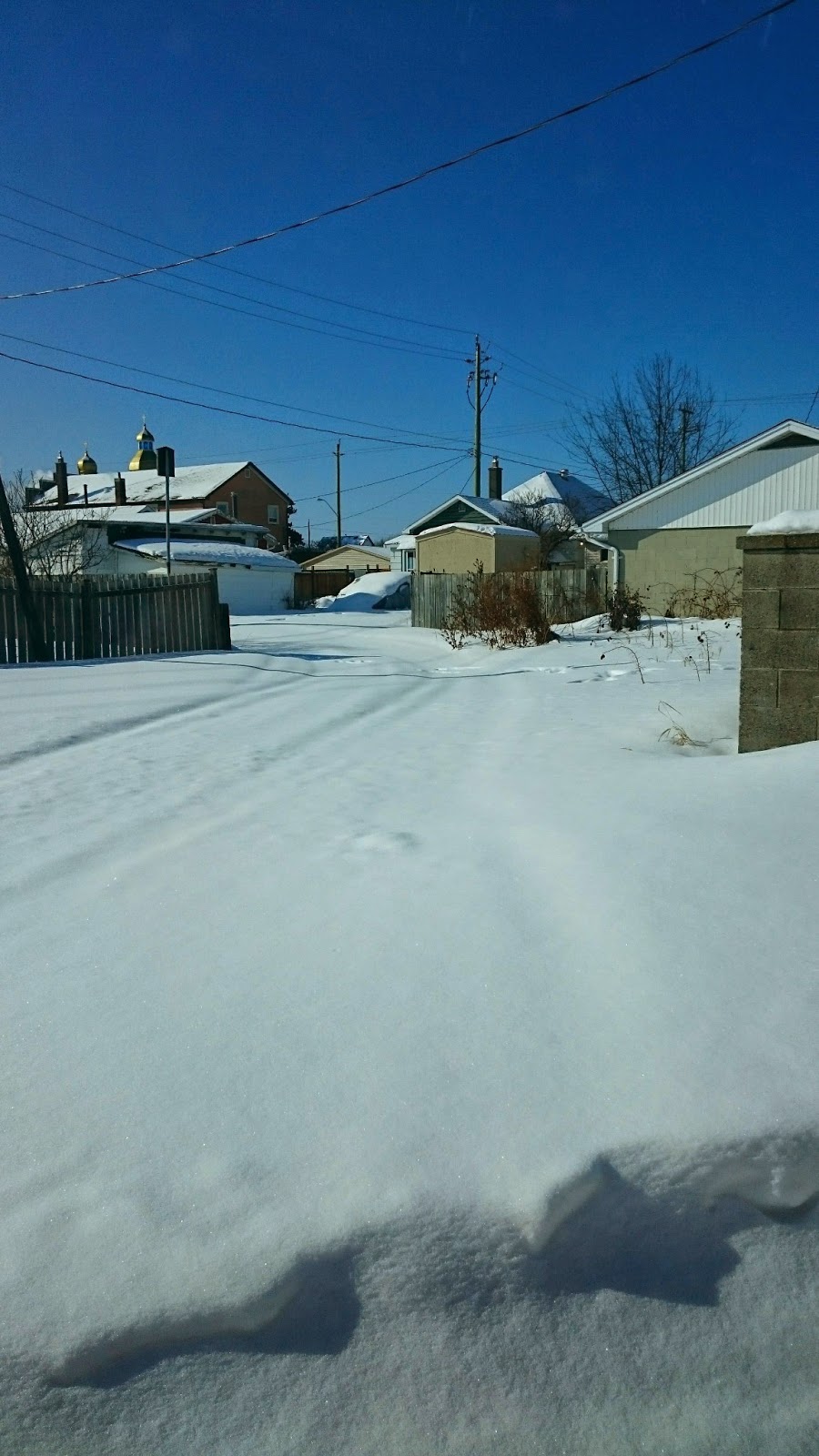 One thing I can mention that I think is unique to Sony, is that from the camera app you can shoot live to YouTube. 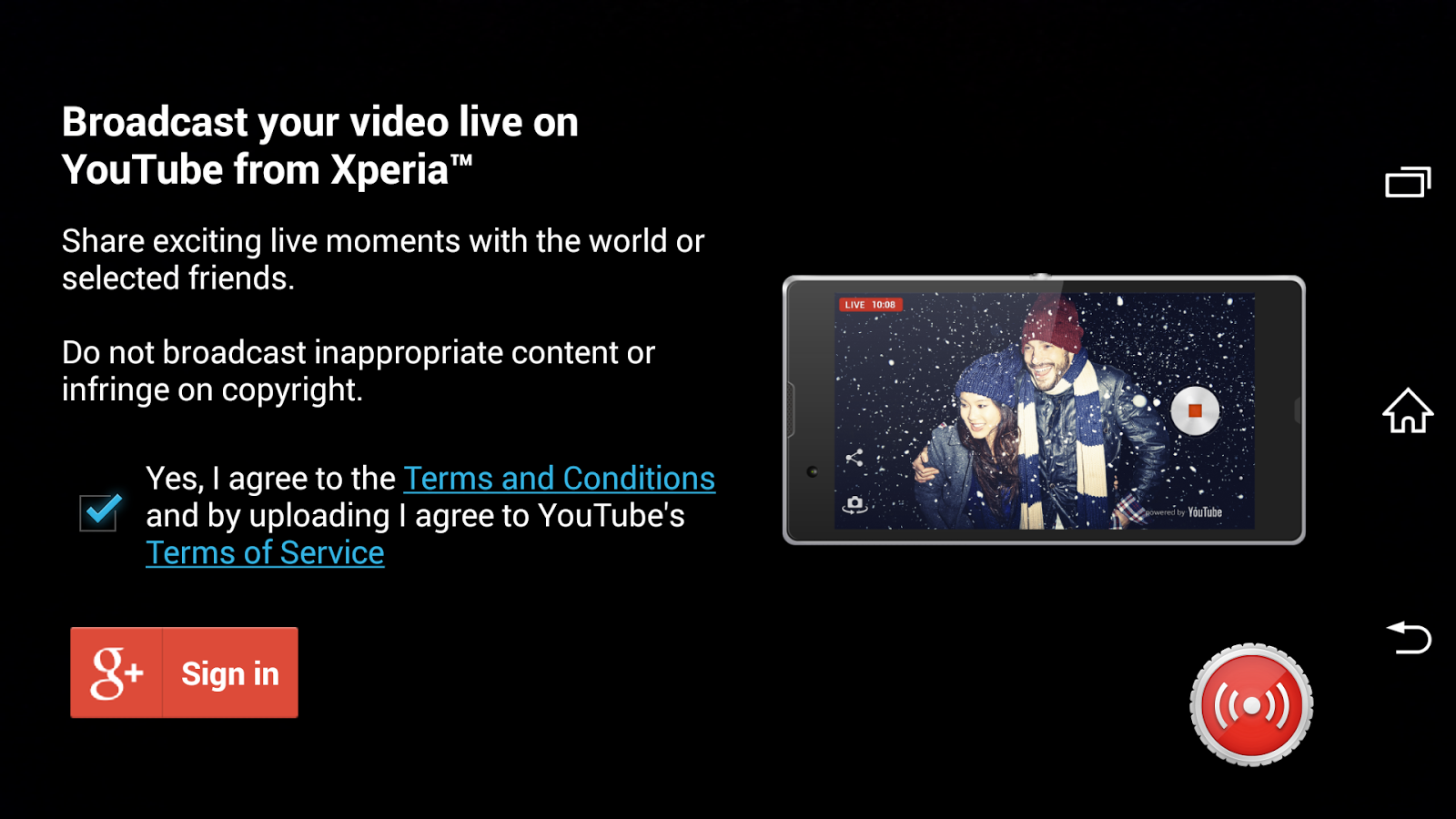 I did a little video on some of the features here:


This is a very pleasant phone to use.  Even though it's 100mAh less than last version, it's still more than my G3 and it lasts a LONG LONG time.

Coupled with a smooth performing processor this phone will serve anyone VERY well.  Just change the launcher, download a different camera app and disable the apps you'd never use.

The coup de grace is the IP68 rating.  Too often I like to go out for my daily walk and play a little Ingress, but if there's the slightest chance of rain or snow fall I have to find ways to shield the device from any incoming water.  +Tom Gray has done a great job of displaying the awesome power of being able to take your camera with you into the water activities with your family.

So, yeah, sure, a lot of you have probably read this review and said "well, he likes the hardware, but not the software - dude, go get a Nexus".  And sure if I were to even nab the Nexus 5 in terms of the specs of the processor would be close... but it wouldn't be waterproof, it wouldn't be the Sony G lens at 20.7MP.  For those reasons alone, Sony has separated itself from the crowd.