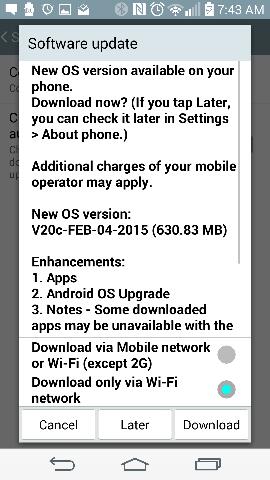 Yup... Finally getting to see the update Canada side!

I'll let you know more when it's finished!

Update:  not much has changed visually, except for some Lollipop animations you can see everywhere. 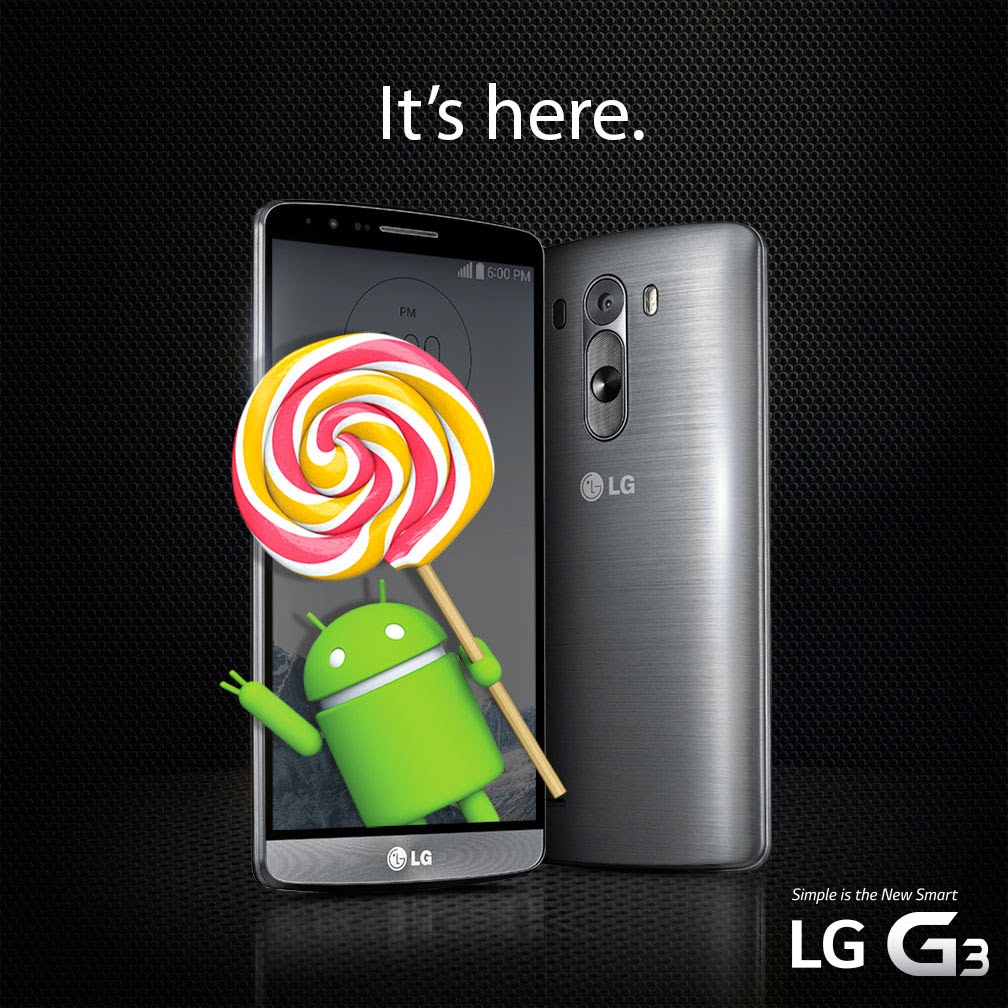 Below the jump is LG's media release on the update.  I'm still playing with the options to see what's new and different.

How are you liking it so far?

“Bringing the new Lollipop Android update to LG G3 users has been a top priority for us,” said Eunice Lee, Brand Manager of Mobile Communications, LG Canada. “LG is committed to providing our customers with the best mobile experience, and the Lollipop upgrade is a key part of that innovative experience. The new Android OS brings a refreshed interface to the LG G3 that complements its existing design and enhances the device’s functionality. We believe that our customers will find great value in the Lollipop upgrade.”

Lollipop – the latest Android OS – delivers a host of improvements, including a new design language with added depth, shadows and animations. User notifications are improved with a new layout and colour scheme that will be available on the updated lock screen. To strengthen connectivity between devices, Lollipop includes a new security feature that allows users to unlock their smartphone when it is near a pre-registered Bluetooth device, such as the LG G Watch. In addition to these functions, the Lollipop OS also introduces Android Runtime (ART) software that improves overall performance.

More information on the LG G3, including carrier details and retail availability, can be found online at LG.com.
Canada G3 LG Lollipop