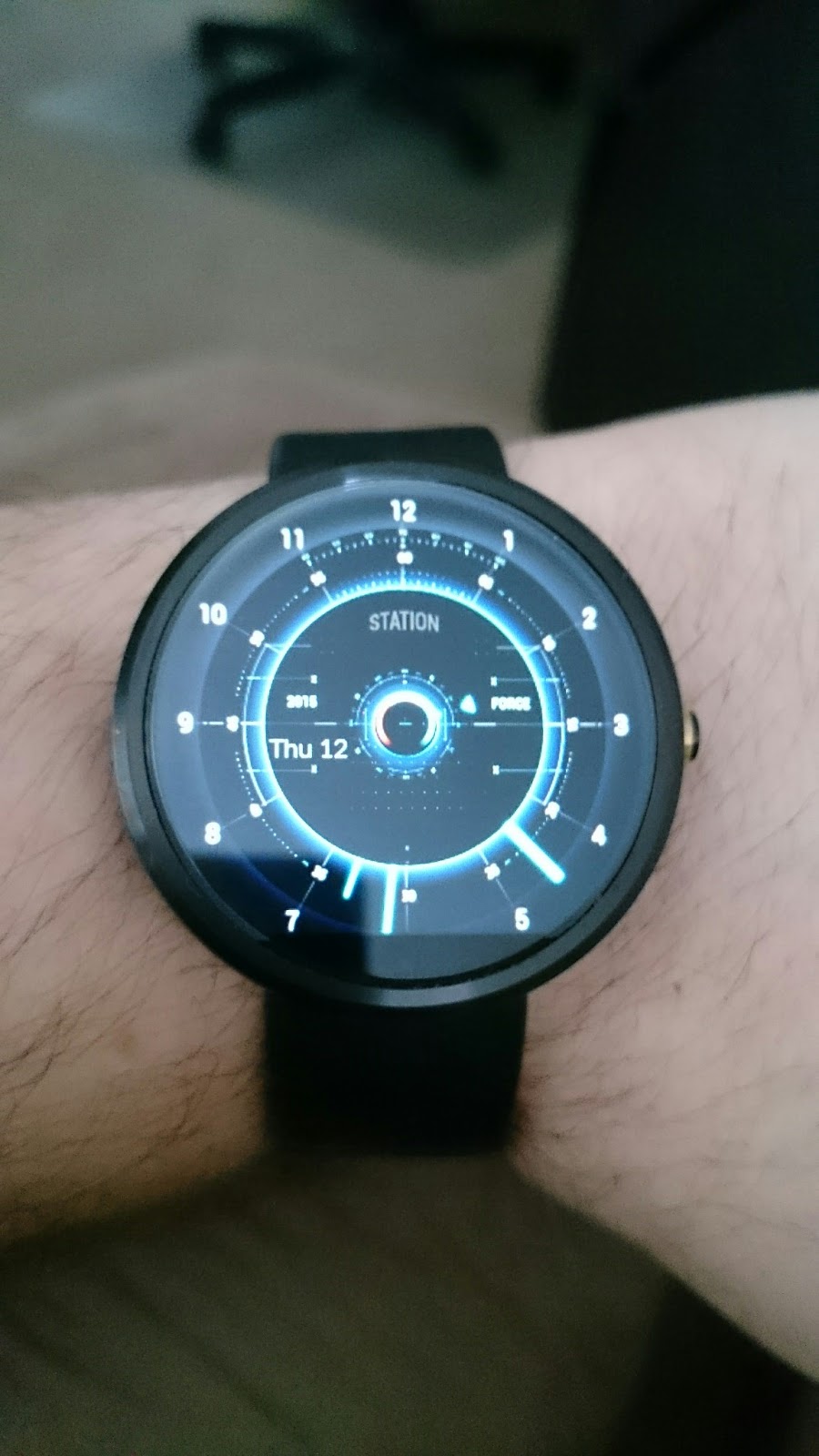 I would rather talk about why I went for the "Moto 360" and list some pro's and con's from my point a view. One the things we like to do here at +Android Coliseum is give out a consumer perspective about the product.

Currently at the time of this article the price for a Moto 360 is 279$ CAD. The price was the same throughout the different places I went to. I personally think it's a bit of a steep price for such a device. I would of listed the device near the 199,99$ range, this made more sense to me.

I found the initial setup to be quite easy and didn't have any trouble pairing both my Xperia Z2 with the Moto 360, with that said, I did have one issue; Having Google Search disabled prevented the proper function of Android Wear to work.

Note: Google Search needs to be enabled and updated to the latest version.

First impression upon the purchase of the Moto 360; It's sexy and it has class. Just the look and feel of the Moto 360 was what I kept seeing. I would of preferred black stainless steel semi glossy looking wrist band versus the leather look they're going for. 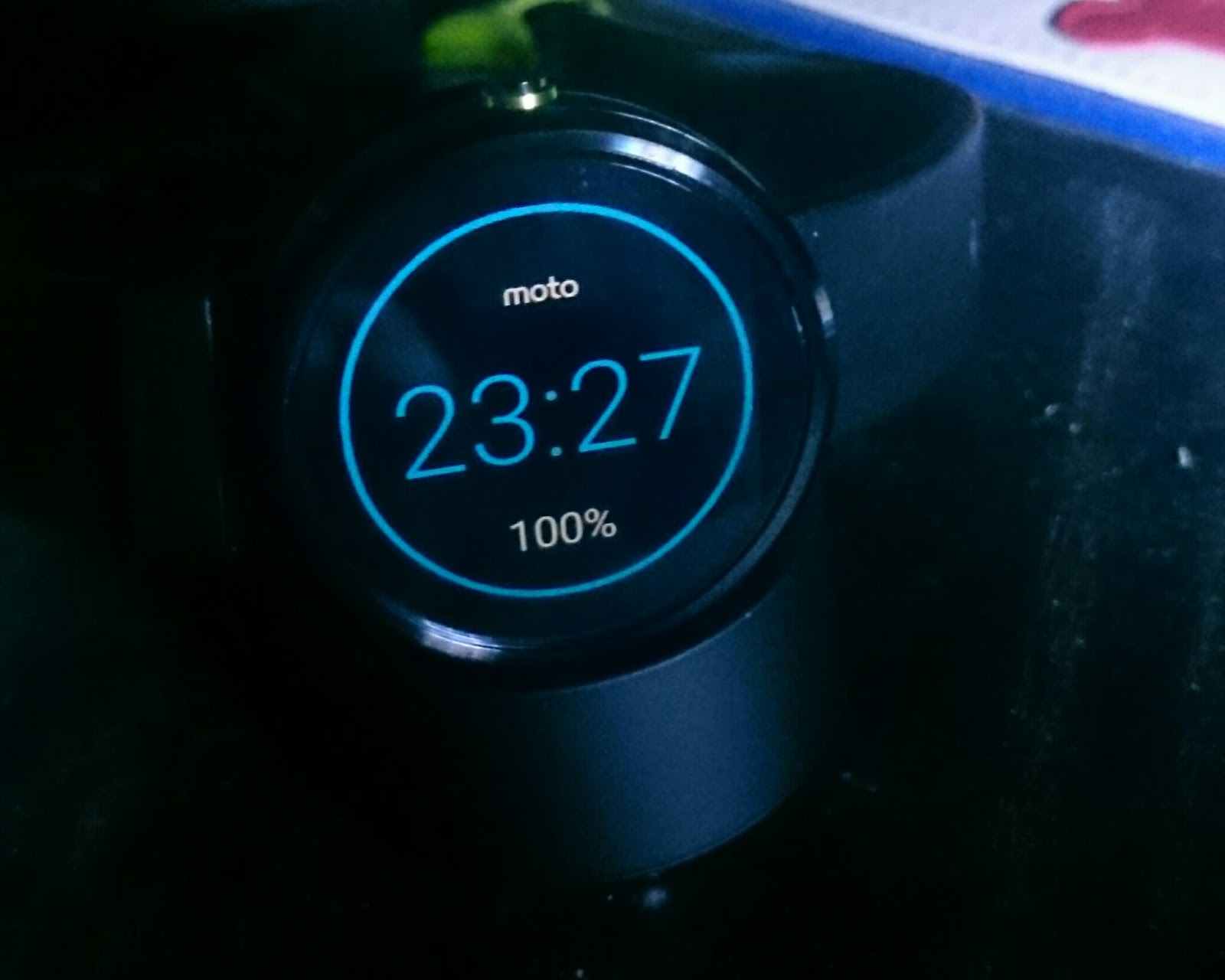 Looking forward to see how it handles me not being home until "very" late tonight. Do you think it's going to last me 16 hours? This would put me at about 10pm tonight.

I've been using my watch to reply to some text messages, hangouts and other activities and one of the things I've noticed, the touch response time seems to have a small latency delay.

I'm down to 35% of battery on the Moto 360, it sounds pretty normal to me considering that the Moto 360 is loaded with a 320mAh battery. I've already done 8 hours of usage in my day and I've been doing moderate to heavy usage of voice and screen time. I could see this getting better for Moto if they were to figure a way to increase the battery size to 1000mAh OR using alternate tech for batteries. The newer battery tech is proving to add nearly a week's worth of usage of your device before having to charge. 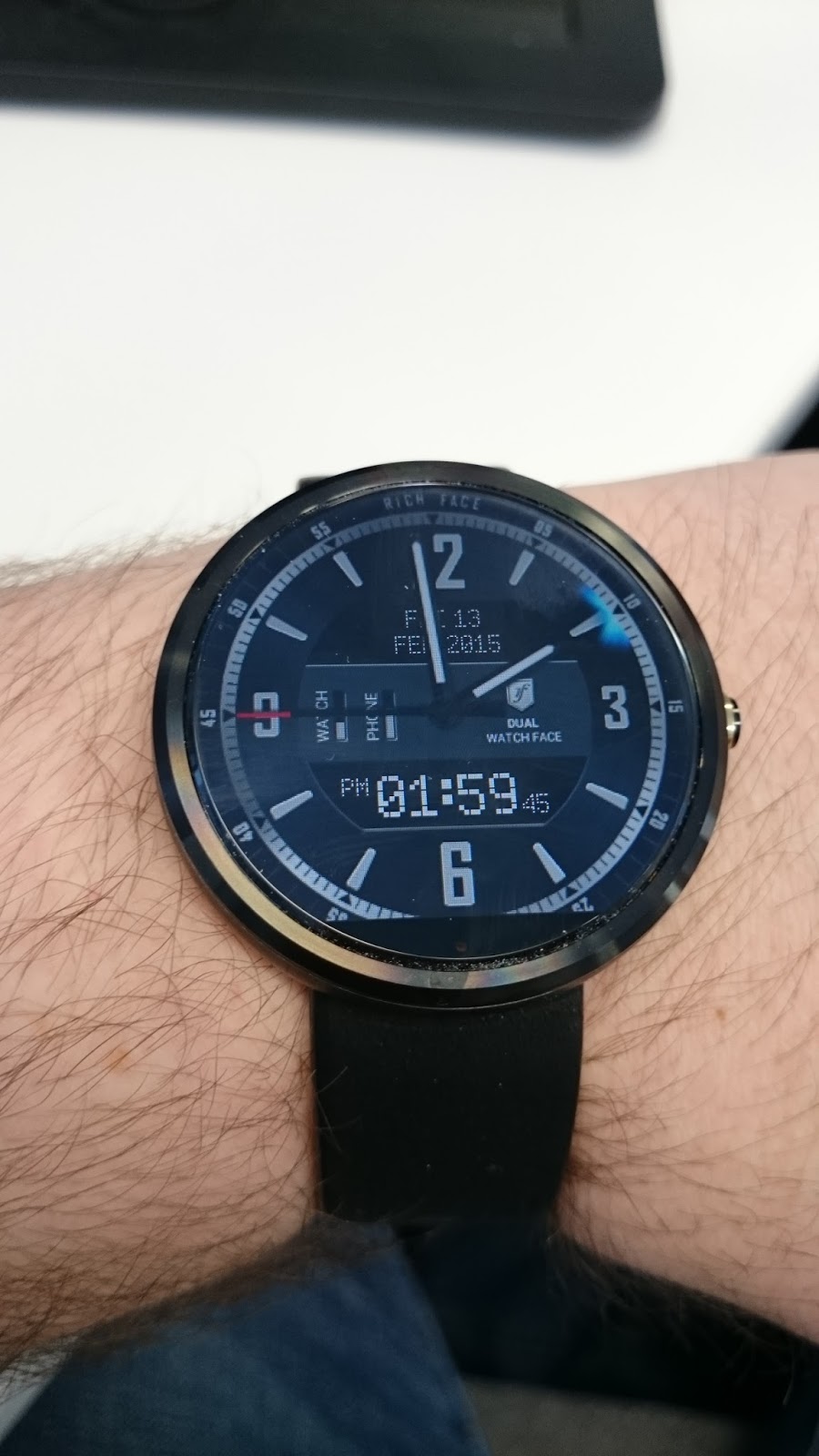 I really do think at best, wearable in general should have a solid 24 hours worth of usage and about 48 hours worth of standby time. To me as a consumer it makes more sense.

Now that the weekend is rolling in, it's going to be interesting to see how much use I will make out of my wearable. I'm thinking that before I leave the house on a late Friday night, I'll take the time to charge it up. With its ability to quickly charge, I'm sure that the time I will spend at home getting ready for one hell of a crazy night out with friends, will be long enough to give me a full charge.

- 15-02-2015 -
It's Sunday evening and I've been running with the Moto 360 all weekend long, I'm down to 51% worth of usage and well over 12 hours worth of usage. Plenty of notifications, couple of voice replies. It serves purpose to keep me informed without pulling my phone out of my pocket or when I leave it sitting in the bedroom as I'm sitting in a different room.

I haven't talked about the health aspect of the watch, such as heart rate monitor, steps, body calories etc. There's a good reason I haven't, that's not why I'm using the watch and probably never will use those features.

I've been reading on the wearable industry and it doesn't look like it's been off the ground and breaking records. I understand that a lot of this is new and it will take time. According to +International Business Times  Android Wear are used by less than 0.1% of Android smartphone owners. You can go ahead and check the source. 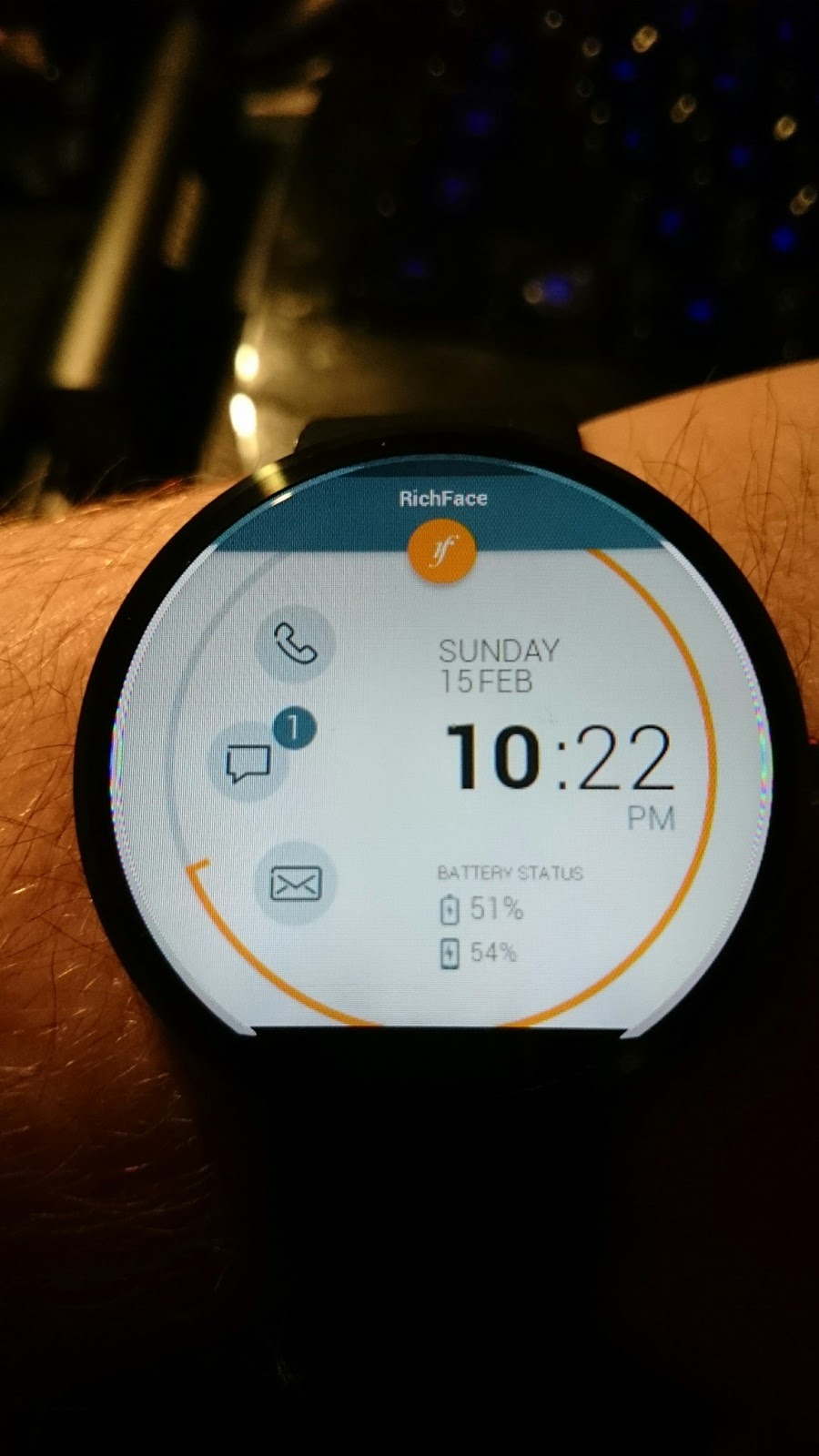 I'm using it for 3 things, watch faces, notifications, quick replies. I would like to see other voice commands added in the near future. I would REALLY appreciate a command that would let me say "REPLY" and then dictate my reply versus having to actually click the reply button. Even a command to swipe the notification away would be awesome as well.

With that said, I leave this review of mine here for you guys to read. I will revisit the watch, its features, my use of it in about a week from now.

Feel free to comment below or reach out to me. I'd really enjoy hearing from other wearable Canadians.
Review