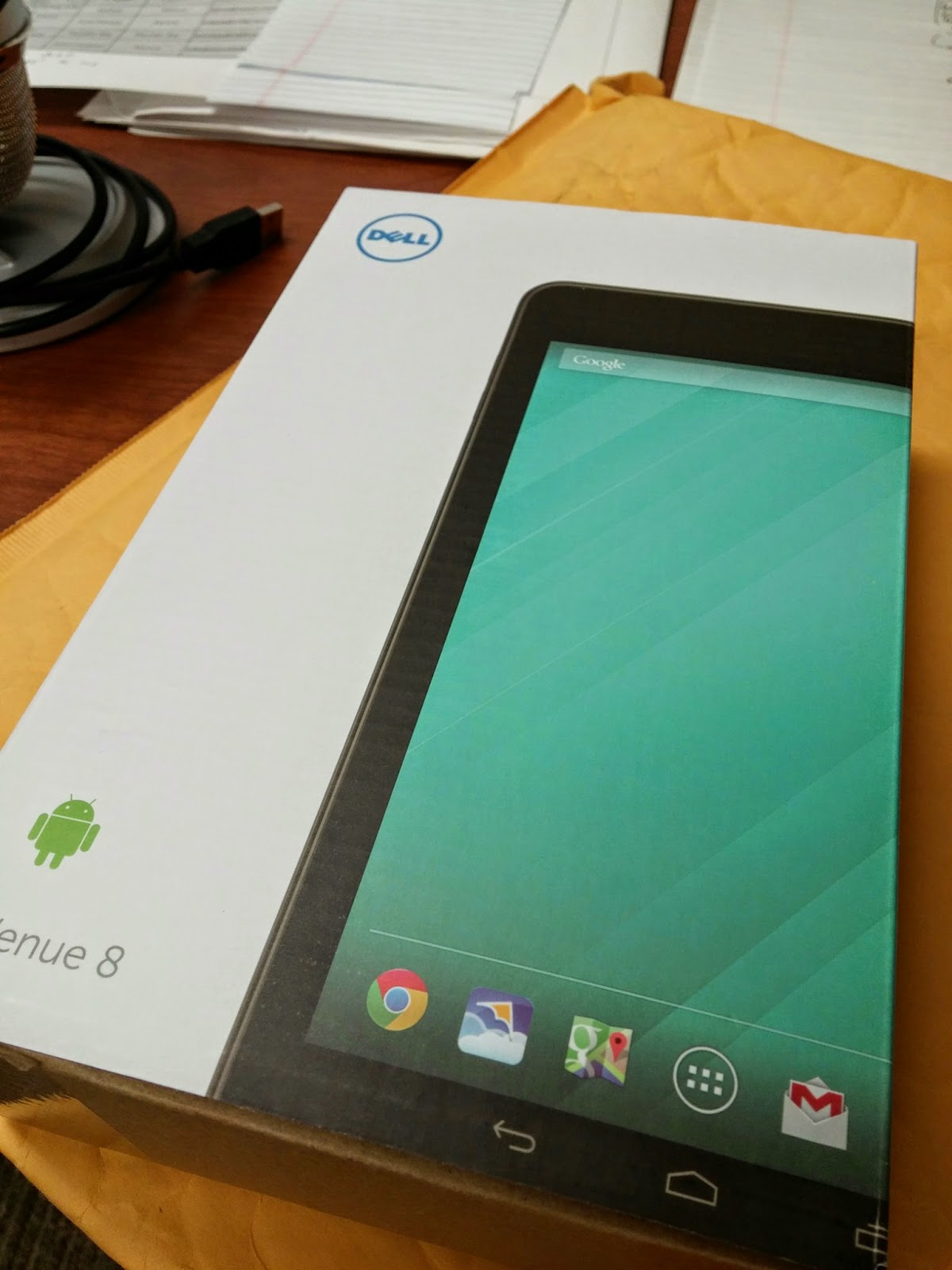 I like writing reviews, mostly because I get to play with something new.  But for the past while most of the devices I've written reviews for I've always had the ability to lean on past devices by the same OEM to have a baseline of previous versions to discuss my viewpoints.

With this device, I haven't ever used a Dell product before (well at least a tablet by them) so my ability to write about device familiarity is gone; but I'm excited to be able to write about something new.

I think that will be the common misgivings of anyone who might want to try this device is that they might want to try to compare it to other tablets, Samsungs, Nexus 9's, Asus, etc... and this is not like those.  Not quite, and folks might get disappointed; and they shouldn't.

But Dell's no slouch when it comes to making devices... anybody remember the "Dude, you're getting a Dell" commercials, 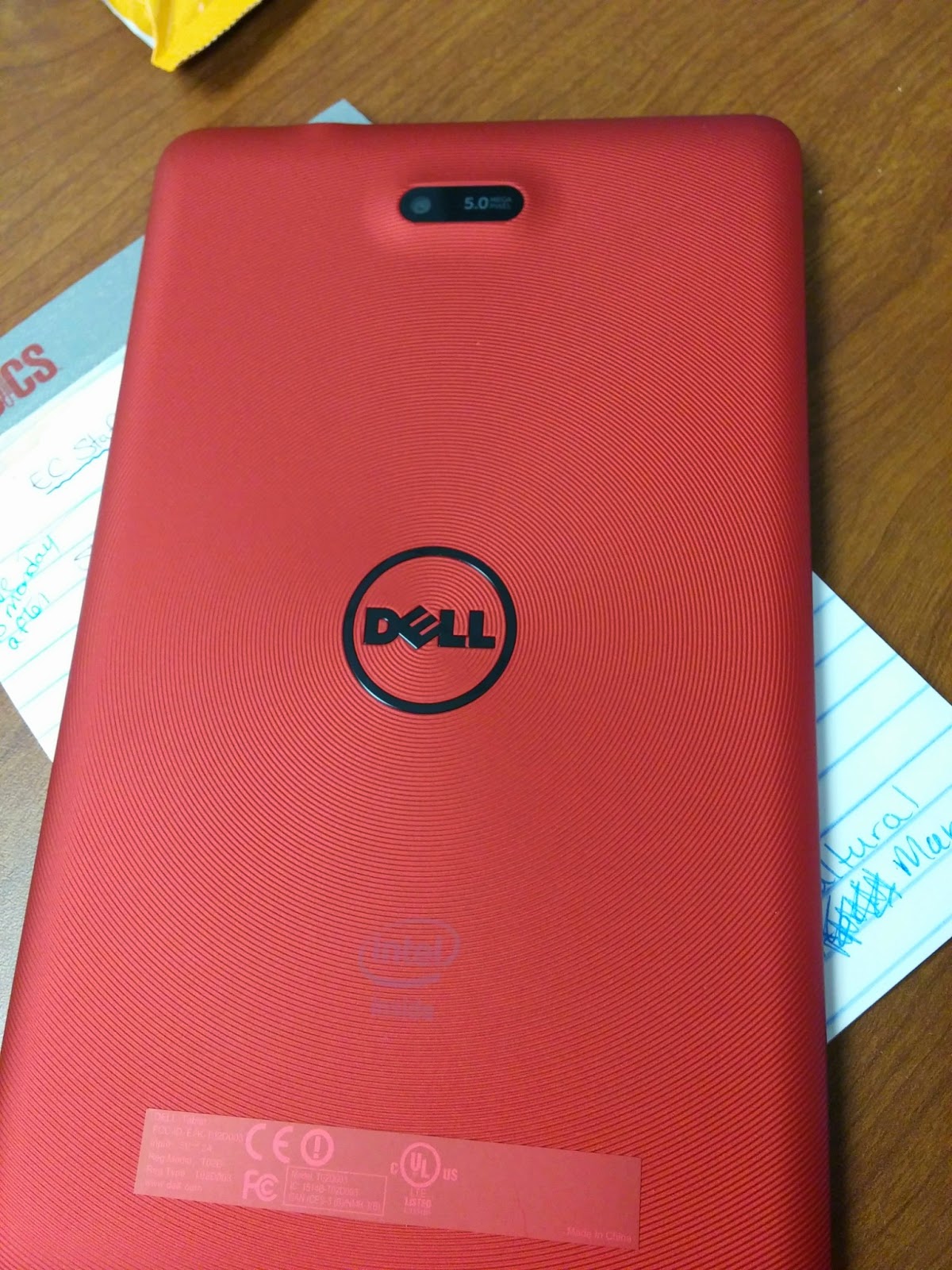 Getting to play with the Dell Venue 8 3840 was a real treat. Not only is this model the precursor to getting to play with the new Venue (the thinnest out there at the moment); bu tit was something new and fresh for me to check out.  I was waiting for some full customized ROM with doodads and widgets and a weird launcher (anybody ever try some of the early Acer and Lenovo stuff?), but I was so wrong.

This is a near Nexus device, built almost entirely from AOSP.  Everything was very stock; with only a couple additions, which we'll talk about later. 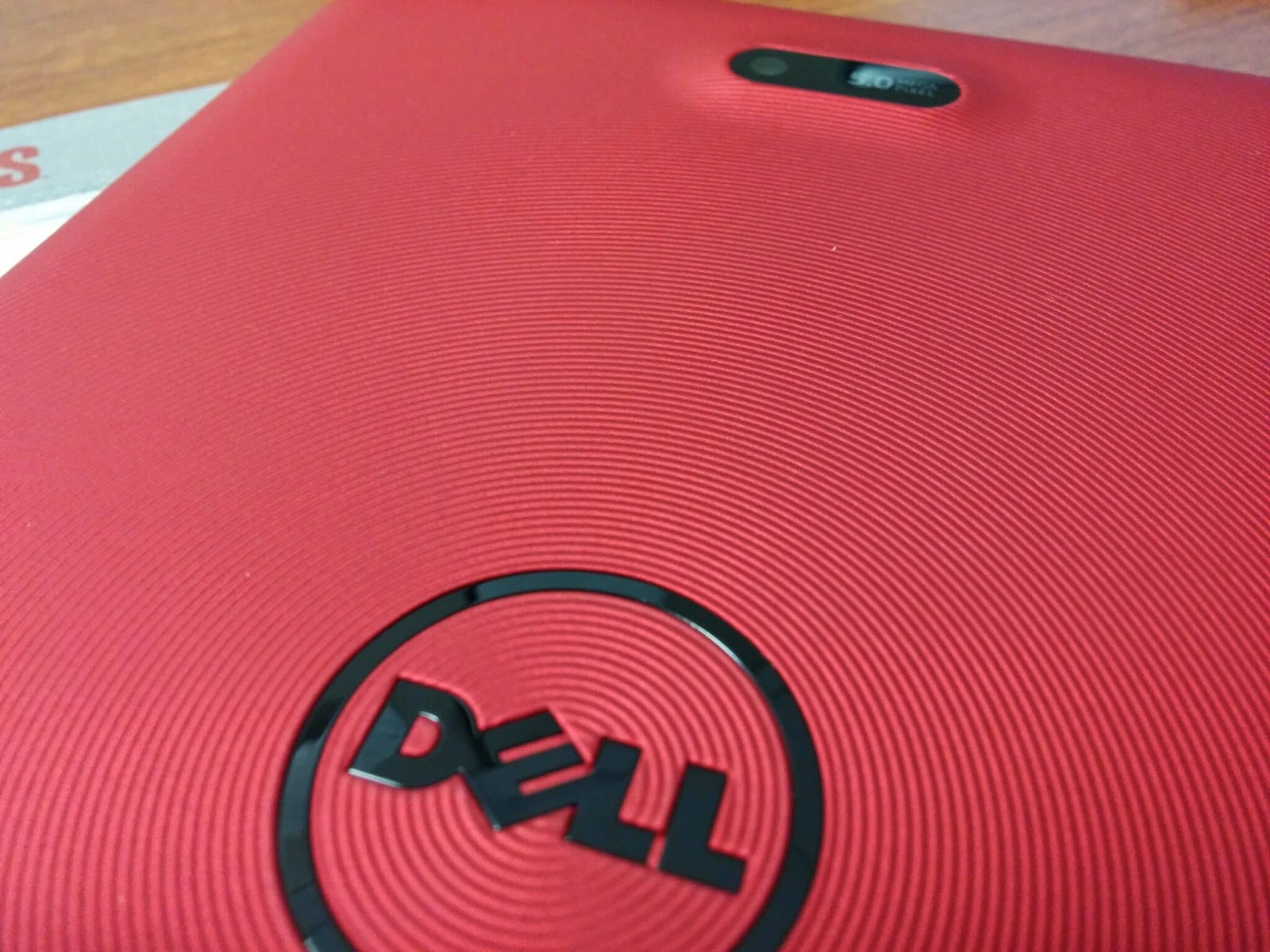 For more information you can visit their site at http://www.dell.com/ca/p/dell-venue-8-3840-tablet/pd

First off let's talk about the size and shape.  It's highly reminiscent of the Nexus 7, but slightly larger.  It's got a fair sized bezel, so it's a little bit of a handful to hold, but it isn't unwieldy.  Like the 2012 Nexus 7 it has a textured back, and I like their take with the concentric circles, it helps to take away the slippery-ness

The camera does have a bit of a 'bump', so when it's laying on it's back it is resting on that module.

They put the power button on top, so it's a little awkward for the screenshot.  That and it's just in a position that I'm not used to (you HTC folks shouldn't have this issue). 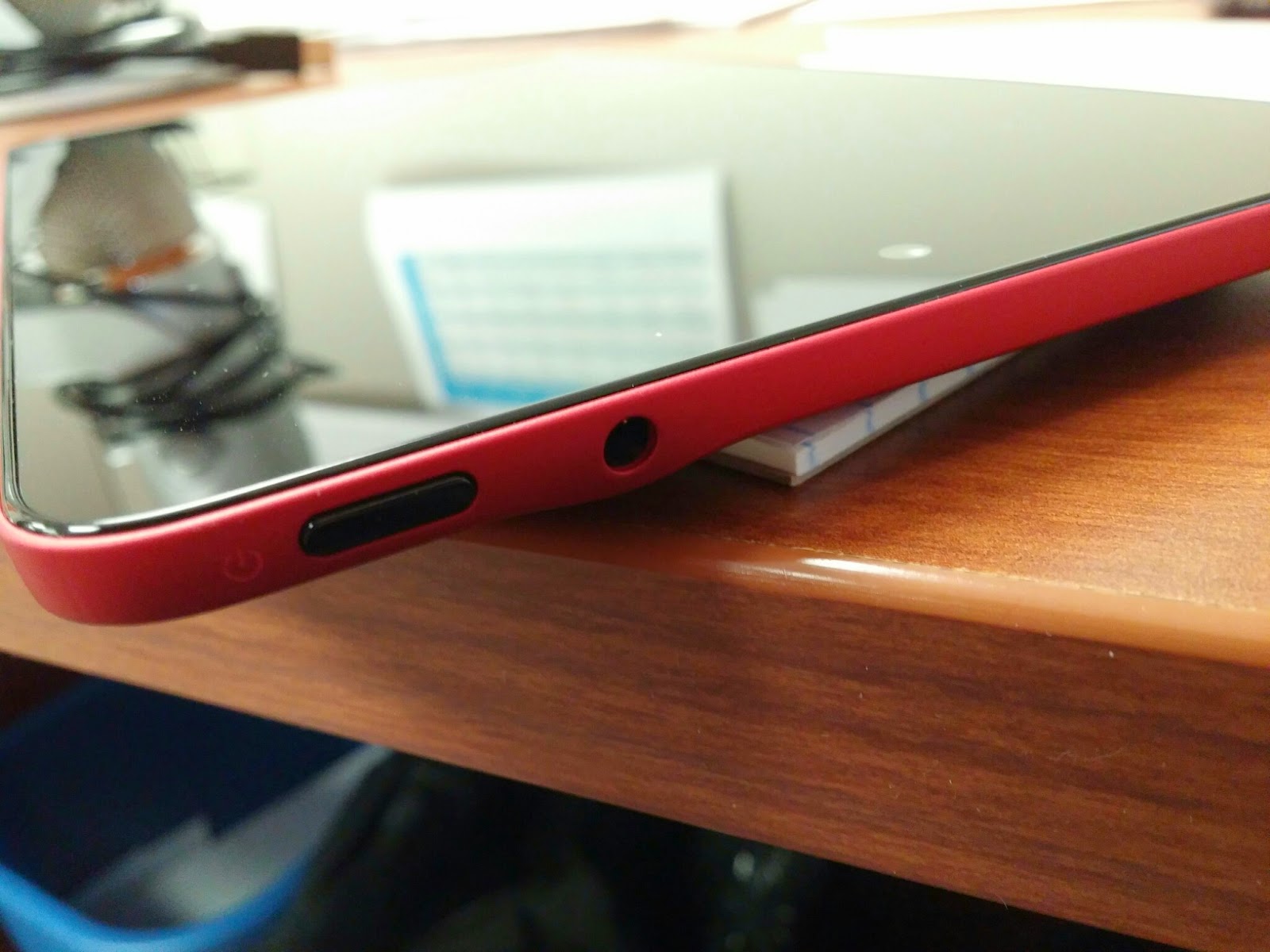 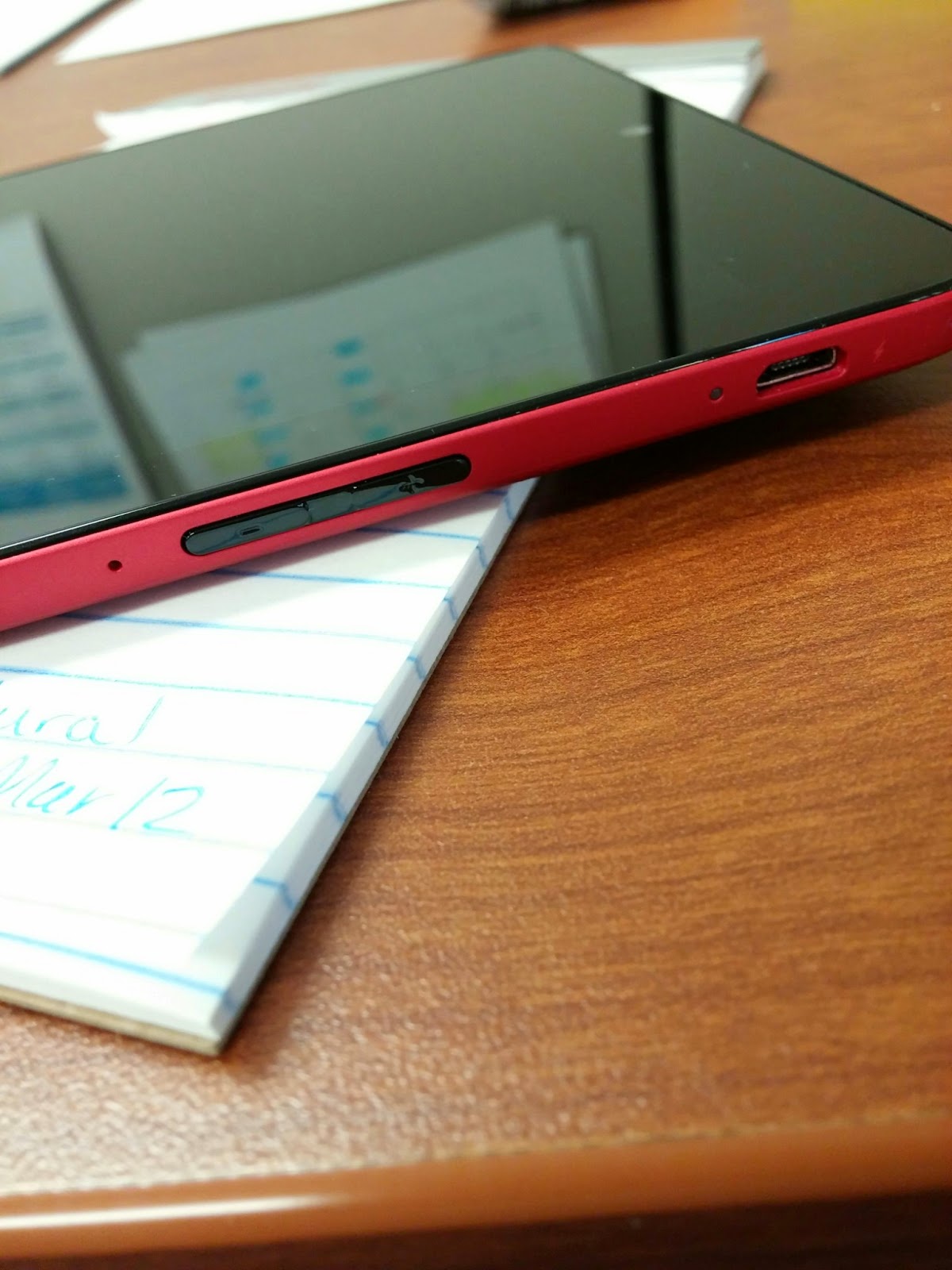 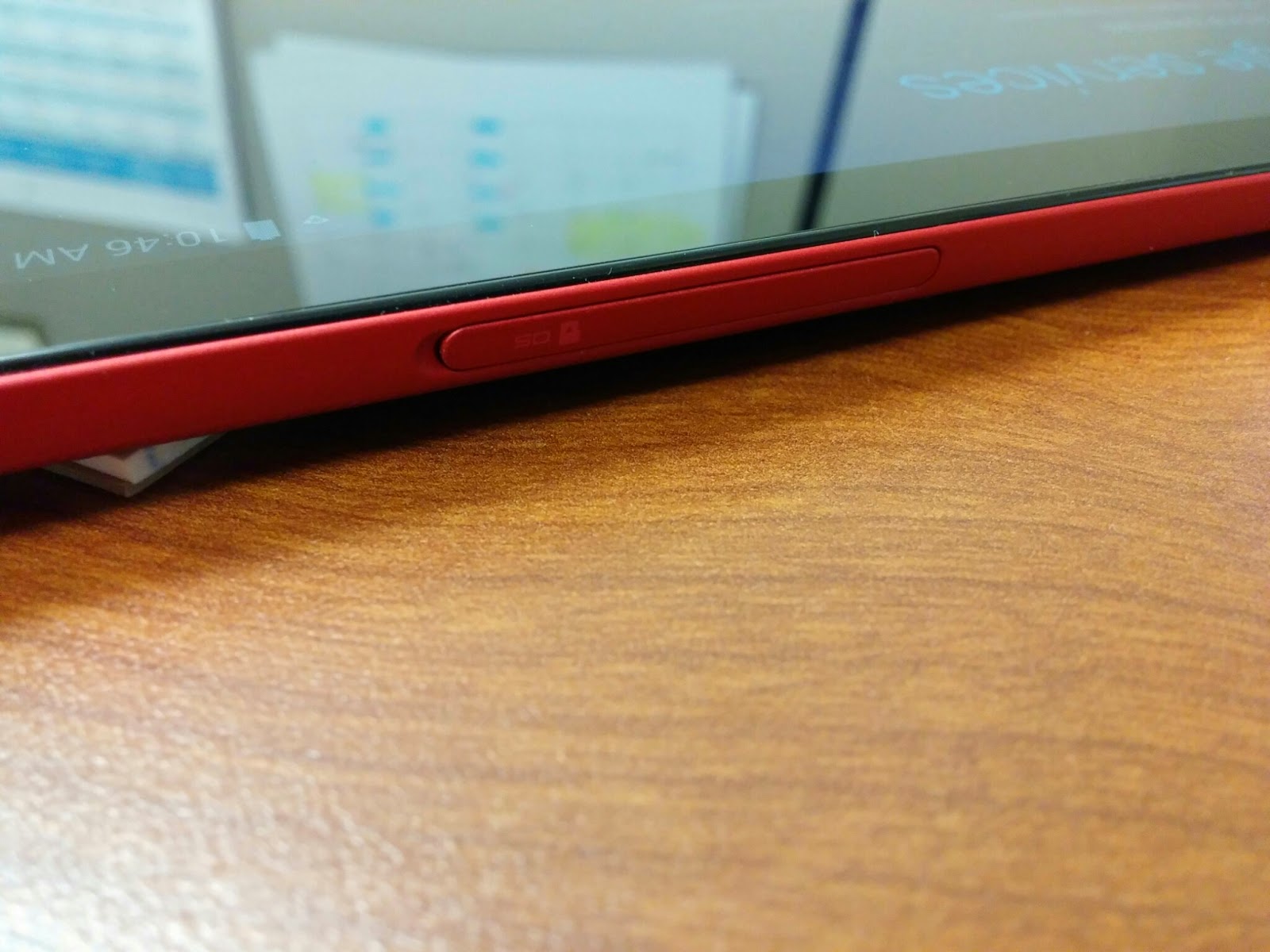 There's also a slot for the microSD card and it's located on the same side as the volume (and the microUSB port); and those folks that do water proofing should take note; it's a real chore to get open (you'll really need to have a point on your nail to do it).

There's only one speaker on the bottom so don't expect stereo, plus the audio is a little quiet and tinny at the high ends.

This device is definitely stock Android... the AOSP variety, which is reminiscent to me of the Asus tablets (non-Nexus).  AOSP launcher is very reminiscent of Ice Cream Sandwich when it came out... it's not bad, I just got too used to the Google Now Launcher; which is easy enough to install.

But it still comes with all the Google apps, so you're not missing out on anything that otherwise a Nexus might have (or anybody else could load on); exept for being on the latest version (which we'll talk about later on).

What you may think it misses out on (which it's not) it does add in some things, but definitely nowhere near the level of add-ons and customizations that other manufacturers build in, like TouchWiz or Sense.

The only bits that I've noticed that Dell has added in were: 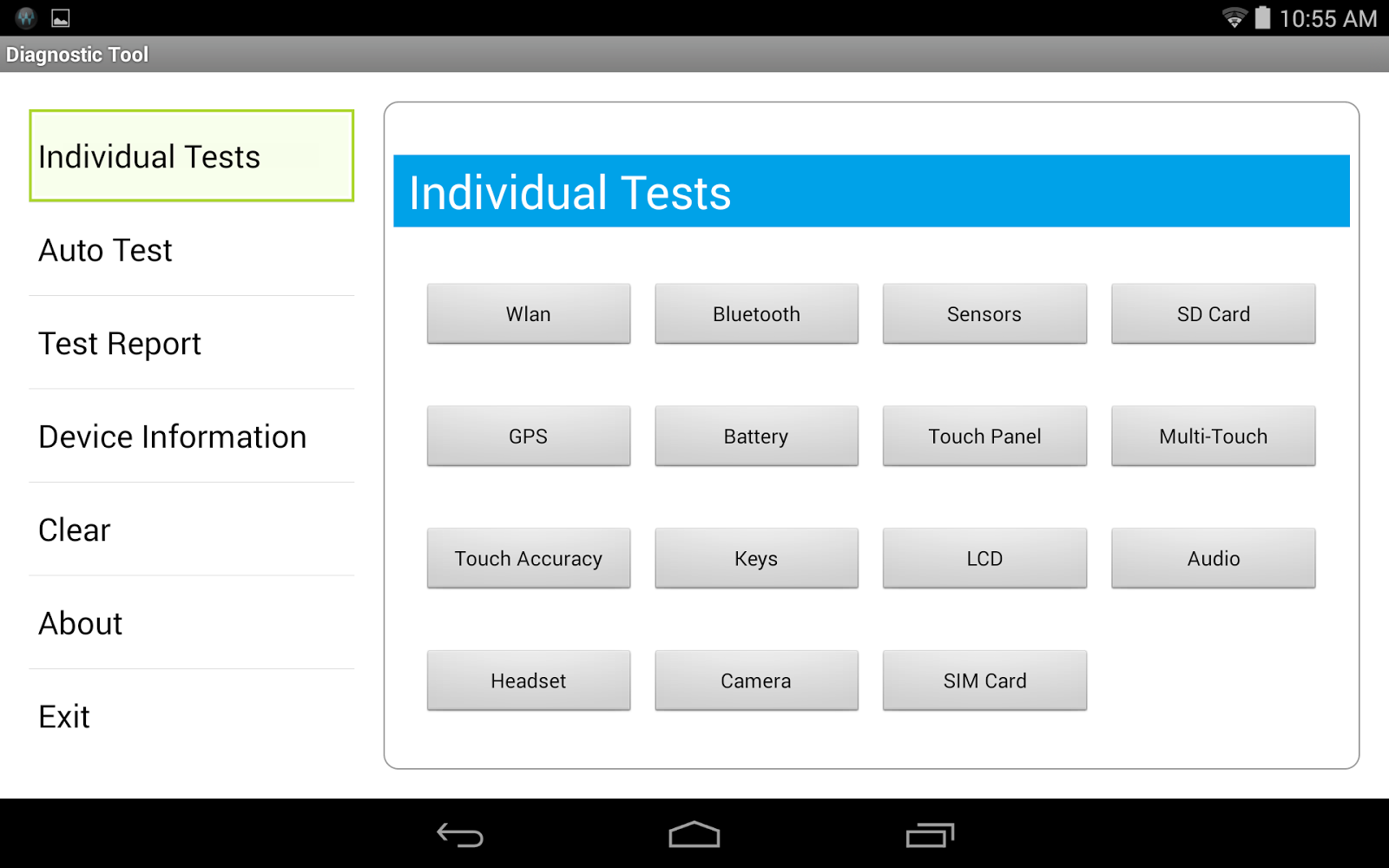 There are some 3rd party apps that are included like the Amazon bundles (Apps, Kindle, Shop, Music, Audible...), CamCard app to scan business cards to your contact list, PocketCloud, Polaris Office and Evernote and it's Skitch apps.

This is a little bit older of a device, it's not their top of the line flagship either.  That being said it operates just fine for just about anything that I'd thrown at it.  It wasn't super responsive snappy, but it wasn't slow either.  Probably due to the only 1GB of RAM (as we tend to be used to a minimum of 2GB these days, and my G3 is 3GB)

The battery performed quite well for what it did, so no counts about how Intel chips can be power hungry.  Even at Full HD it performed better than my Note 8 at a lower resolution.  I had forgotten to get a real benchmark, but while writing this article (which took about 2 hours or so) which involved some average use it had only dropped about 8%.  According to their website you should get about 7.5 hours of webbrowsing.

As for how it all looked, the screen could have been better, the colours weren't as vibrant as I would have liked, but I'm just picky I guess.

There were some glitches here and there, ever so minor.  Sometimes the wallpaper stayed rotated ... nothing major.  And just because I'm ultra nit-picky I notice that in the system tray the wifi icon has a bit of a missing left side.  Again, that's just me being ultra picky, because really I can't find anything else.

Definitely a good device.  If you're the type that wants THE CUTTING EDGE, then move along.  For $230 it delivers a good performance.  Something I would not mind recommending to the lesser technologically inclined family members, or let be my kids' tablet; a great device for a lower price.

My only concern with the device would be the fact that there's no history for how well, or poorly, Dell updates their devices.

I just wish it had tap to wake.  Going to the top of the device for the button keeps bugging me.
Dell Review tablet