Canada gets Google's AdWords for Android 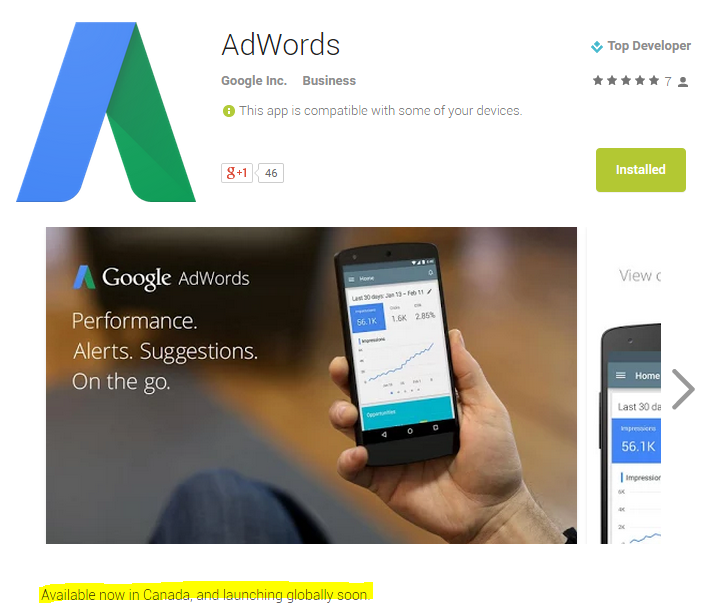 Really odd when Google thinks of Canada first for something... so I had to do a double take when I saw that Google has released AdWords for Android but only in Canada at first.

I've never been much into the Google AdWords thing, but was I was curious that up until now we've only ever had the AdWords Express app, which only work for apps made FROM the Express app.

But now we can monitor your AdWords performances from your phone!