Summoners War captured my interest while browsing the free games on the Play Store. It was rated among the top 25.

Who would of thought I would get addicted to this game... I know I didn't, but I'm hooked.

This RPG aim's to combine elements similar to Final Fantasy 3 battle system that many of us enjoyed while adding the distinct tactics by using Fire/Water/Earth/Wind/Dark/Light type of magic.

Early on in the game your provided with a tutorial on how the game works and the basis of the monsters you'll have fighting for you. All your monsters are called Summoned. Initially you can only summon level 1 to 3 types of monsters, but as you get further in the game, you'll be able to evolve them, get them stronger by leveling up, adding power runes to them and much more. 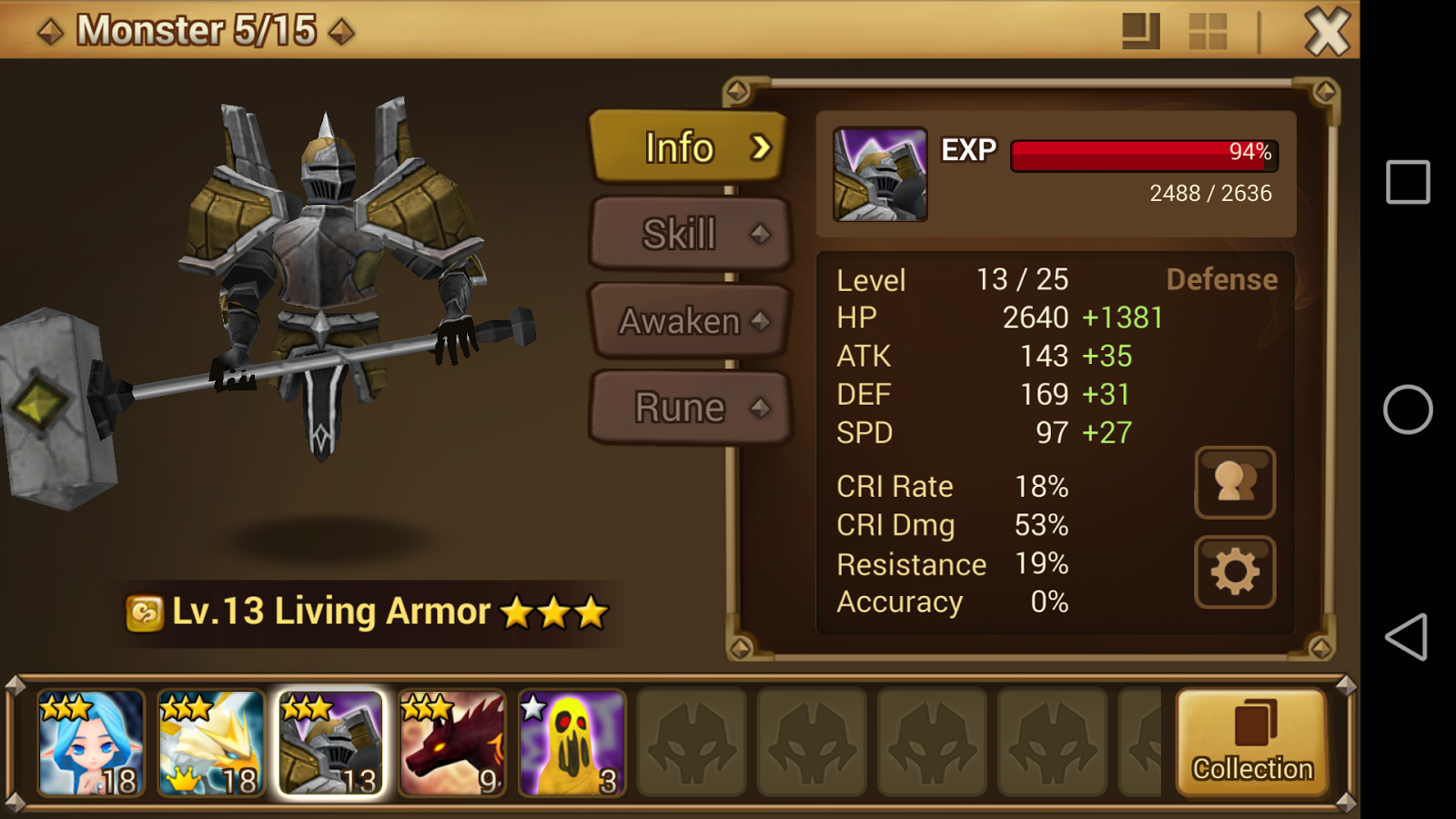 There's so many different classes and types of monsters that can be summoned or found that you'll end up playing this game for hours. There is some limit to the playing you can do based on the energy required to perform an action.

You also have crystals that you can use, accumulate to get special items, purchases etc. These crystals have come in handy in some of the battles I've done. If you end up being defeated and you've got a bunch of these crystal you can use 10 to revive your entire party to continue exactly where you got killed. 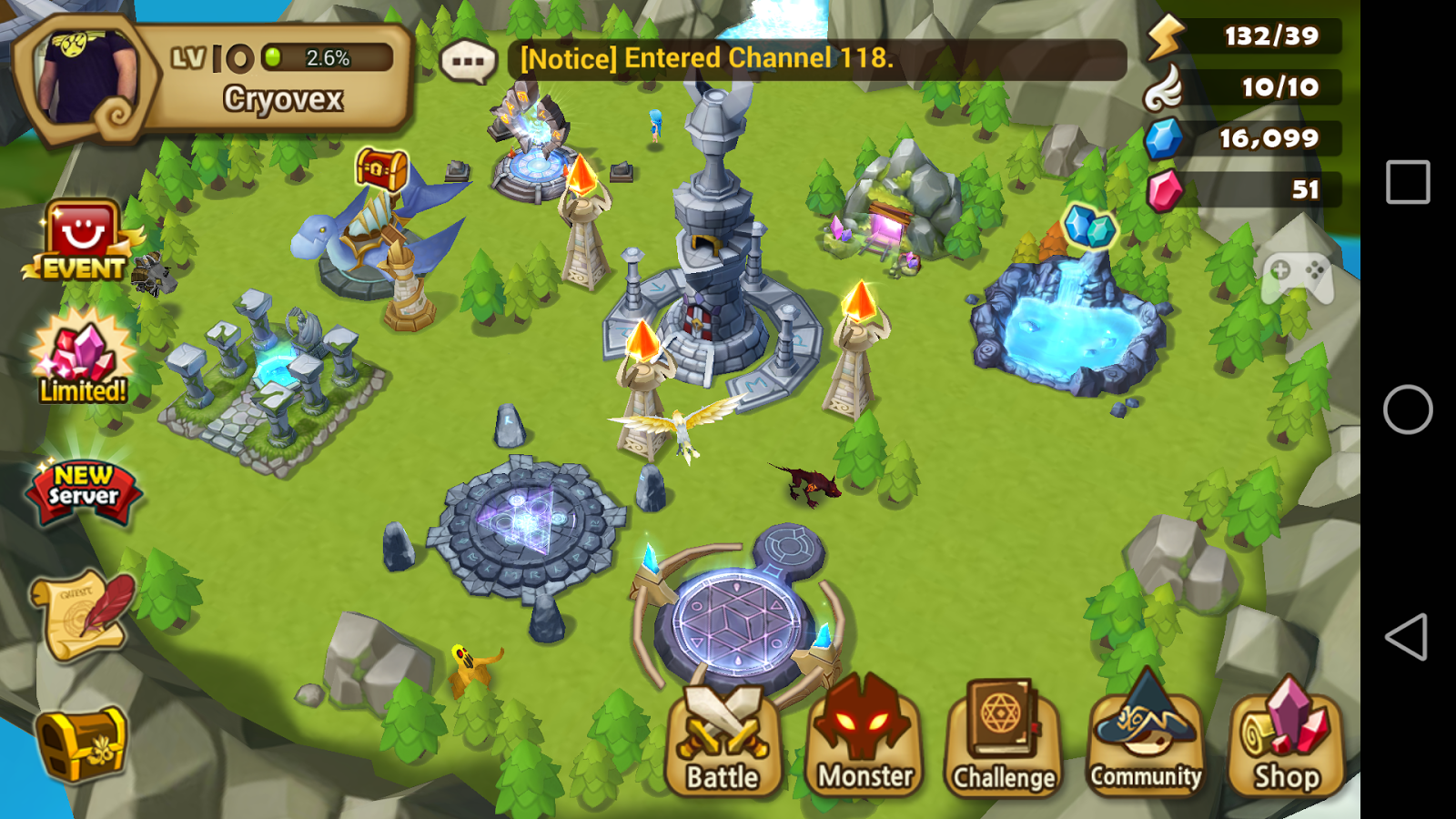 You want to keep an eye out for the challenges, this is quite valuable as to know what needs to be completed to get special rewards that will help you throughout your adventures. There's so many of them that eventually you can lose track of what needs to get done, but don't fear, you can always complete them in whatever order you'd like. 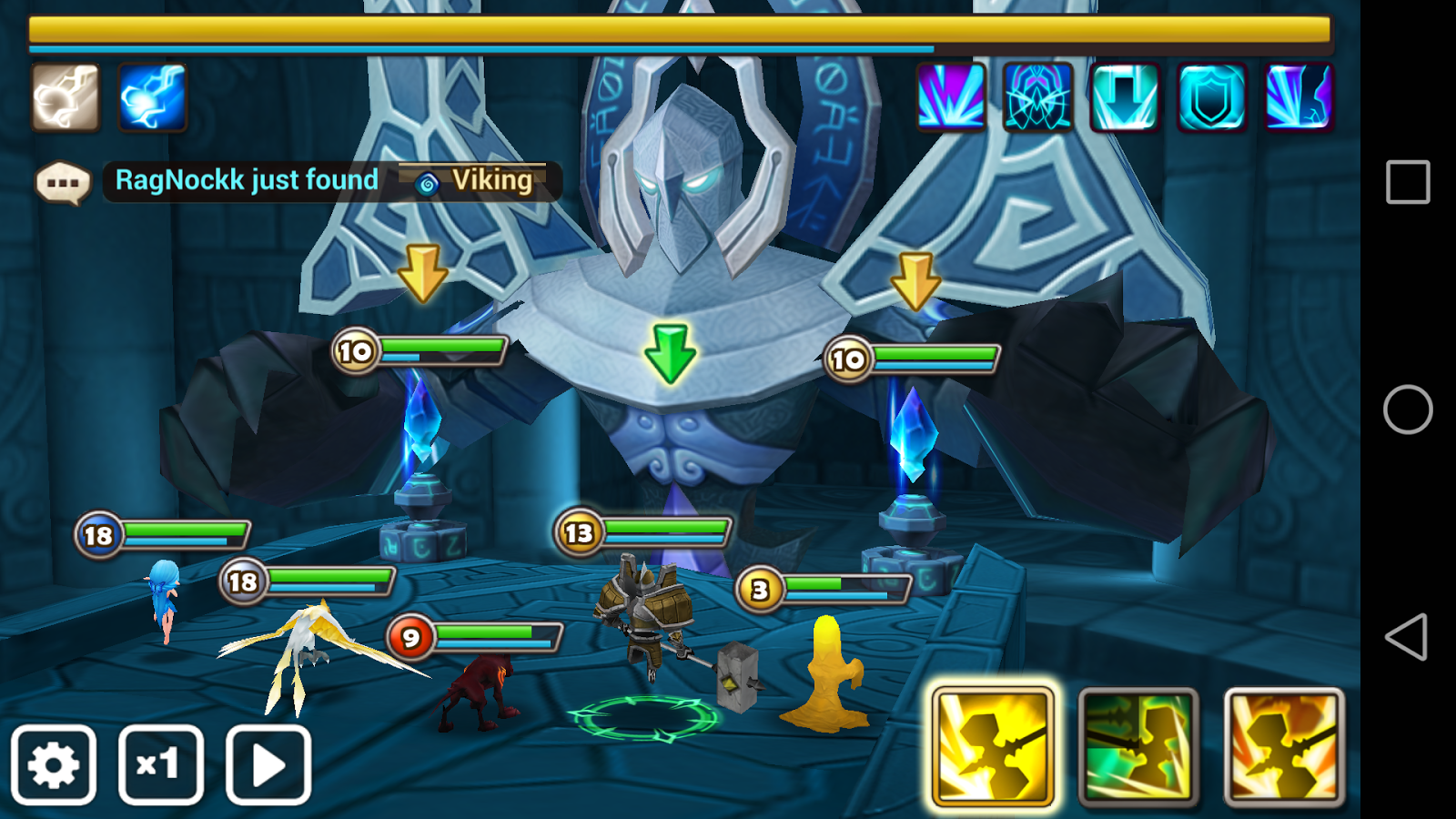 There's a community system within the game that allows you to team up with a guild and add friends who are playing the game. These can come in handy in special levels where you can add extra people to help you out as you battle. The ability to interact with your guild for help is also quite valuable. 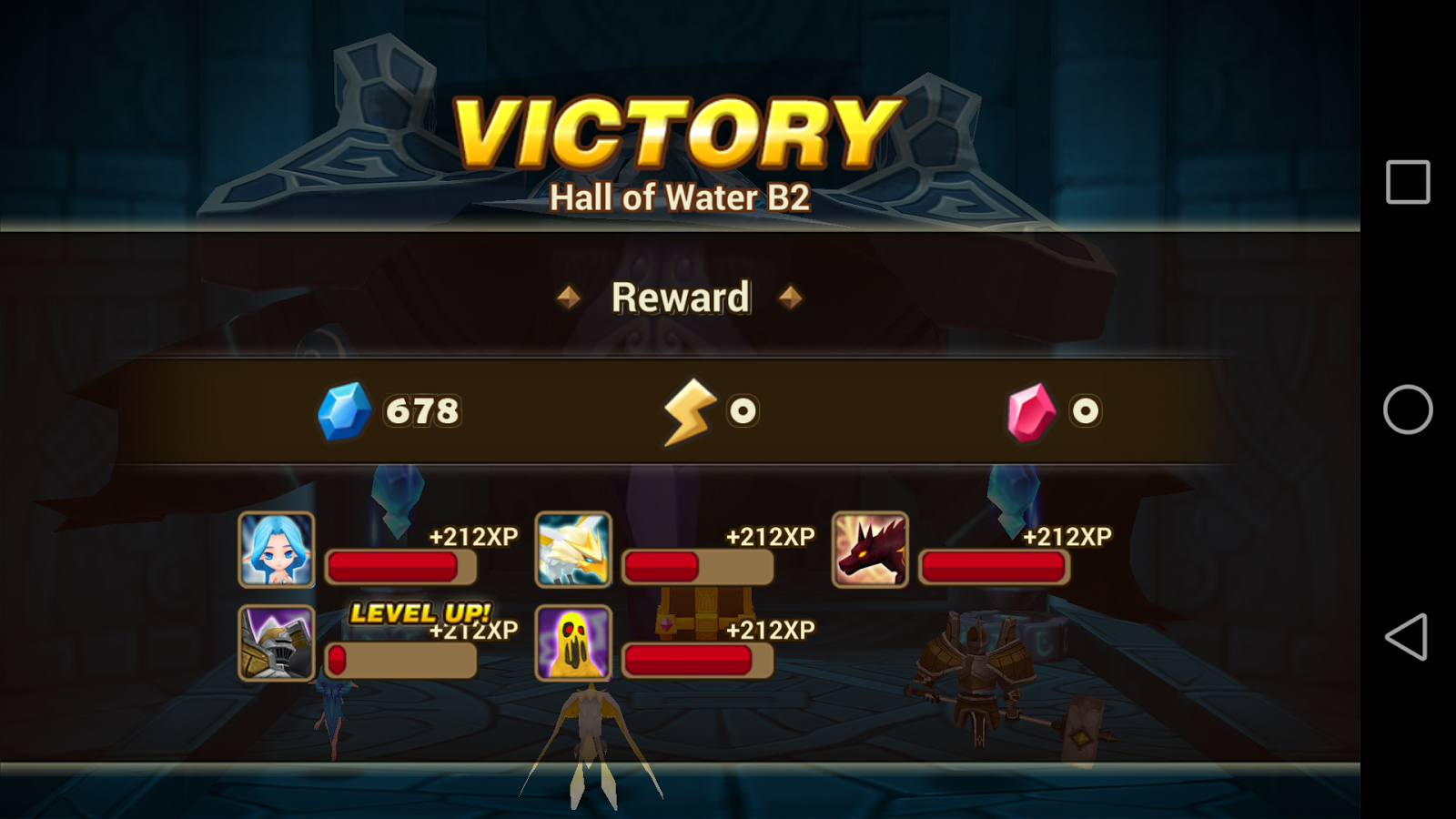 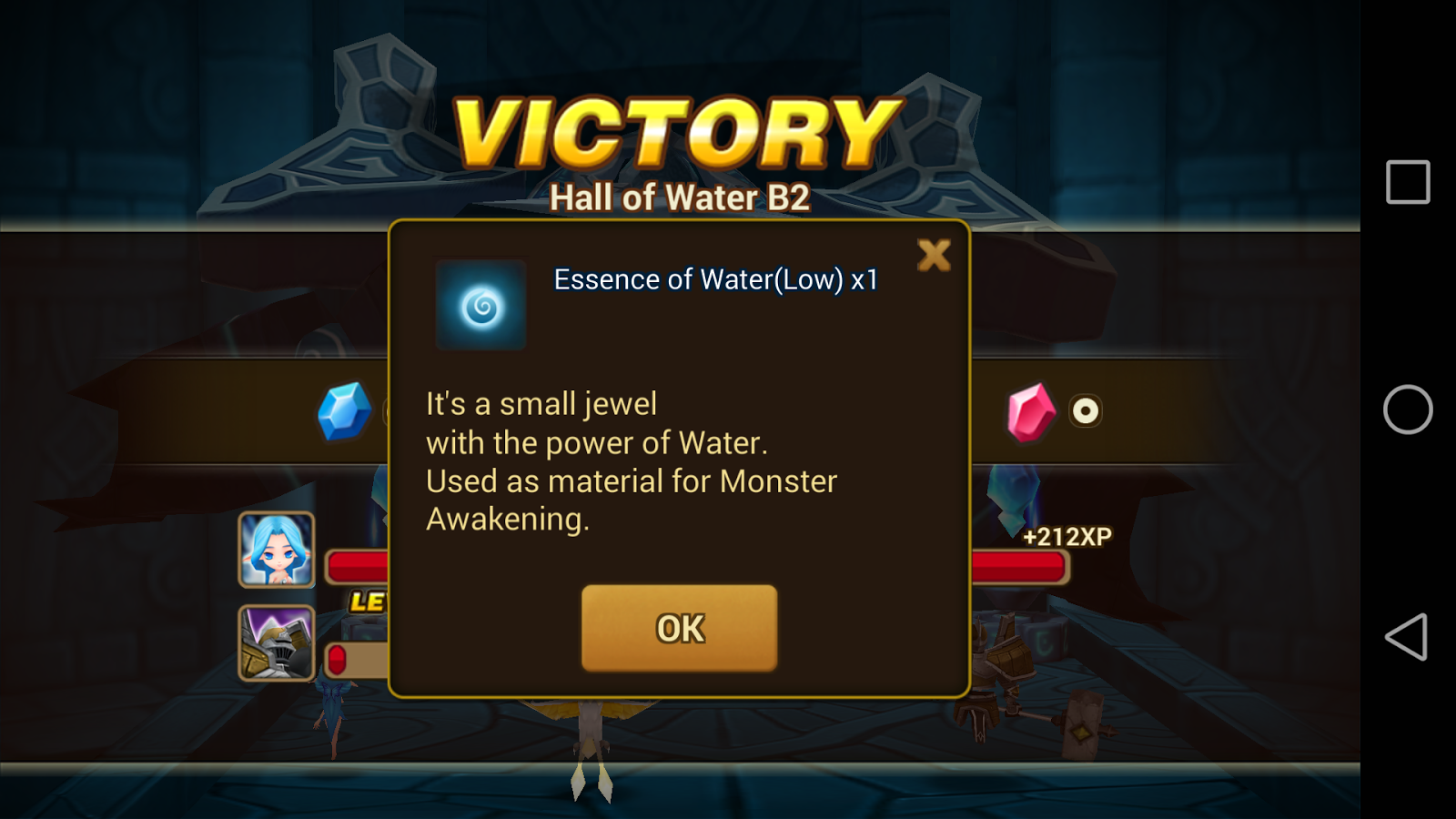 The battles you'll win, will yield all sorts of interesting goodies, from  stones to special jewels and everything else in between. This game should keep anyone entertained for a while. If you don't succeed the first few times, try again, there's a key to winning every battle.