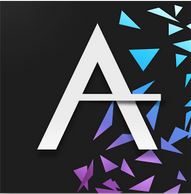 I stumbled upon Atom Launcher today when I was attempting to find a "Jarvis Theme". What caught my attention was the theme ability aspect of this launcher.

The launcher resembles a lot of the other heavier ones out there. Launcher Pro, Next Launcher 3D etc. The concept is very similar to the cartoon effect and interface.

A deeper view of the settings allowed me to note that it's relatively lightweight while providing a wide array of themes. 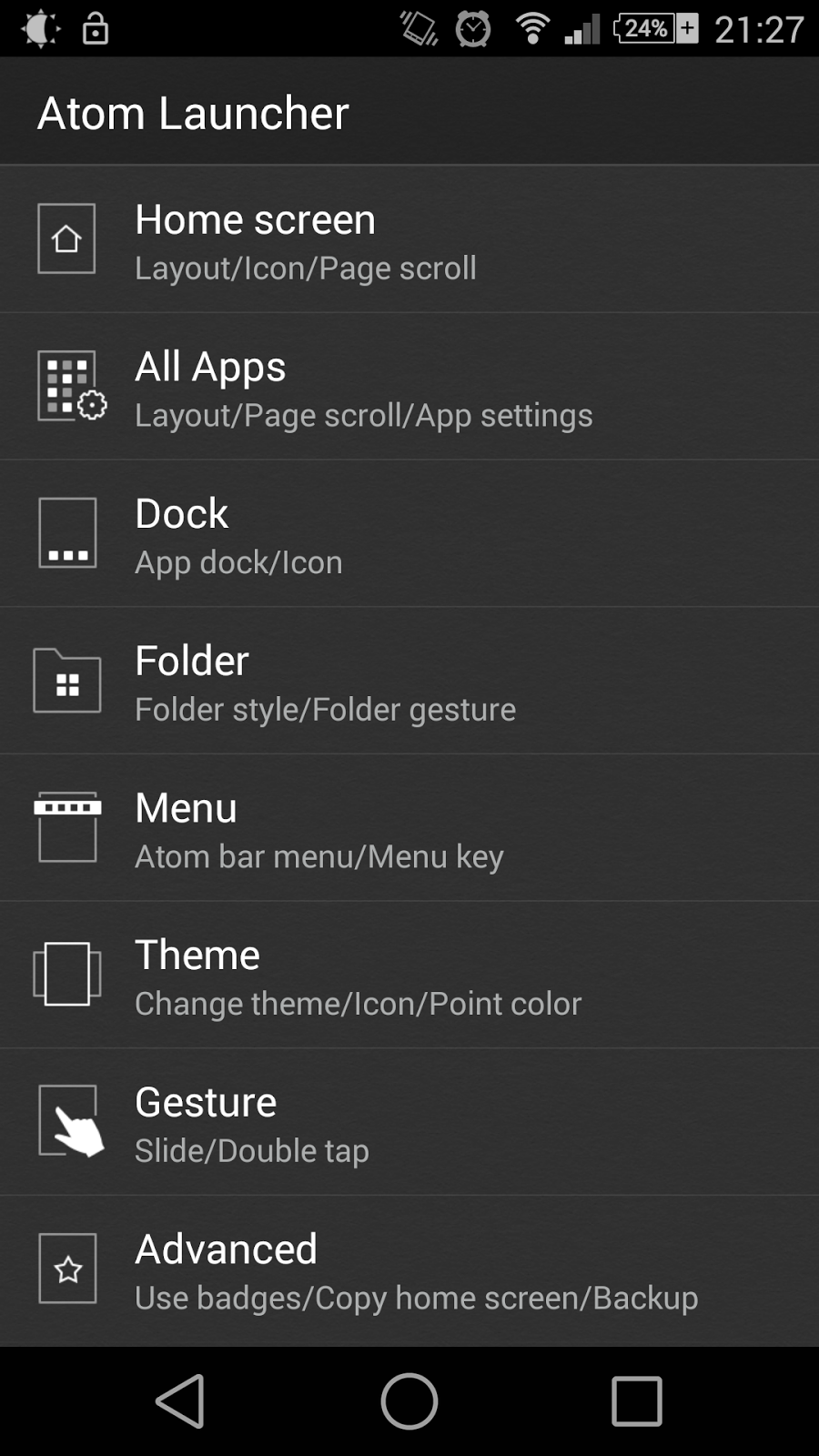 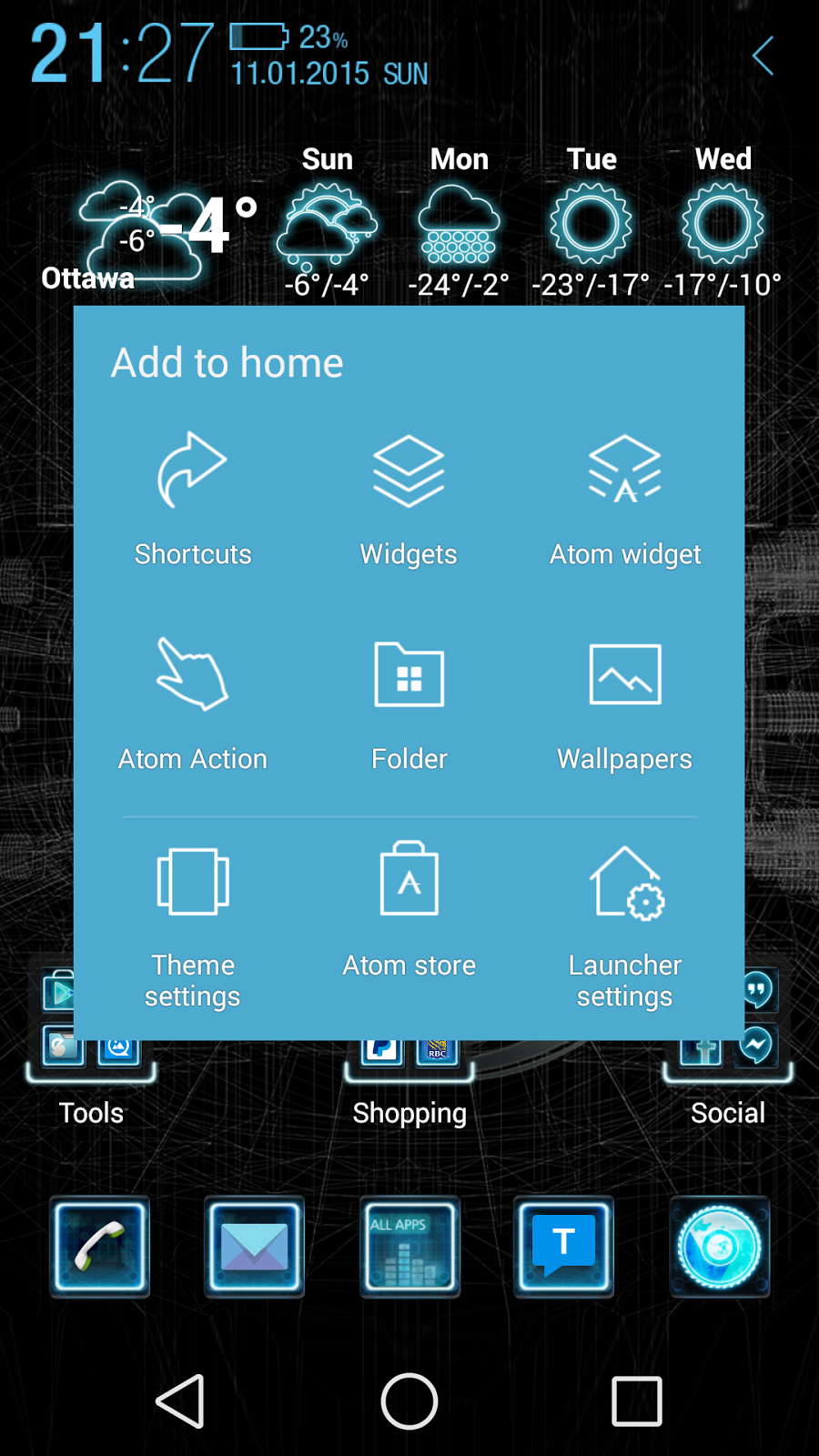 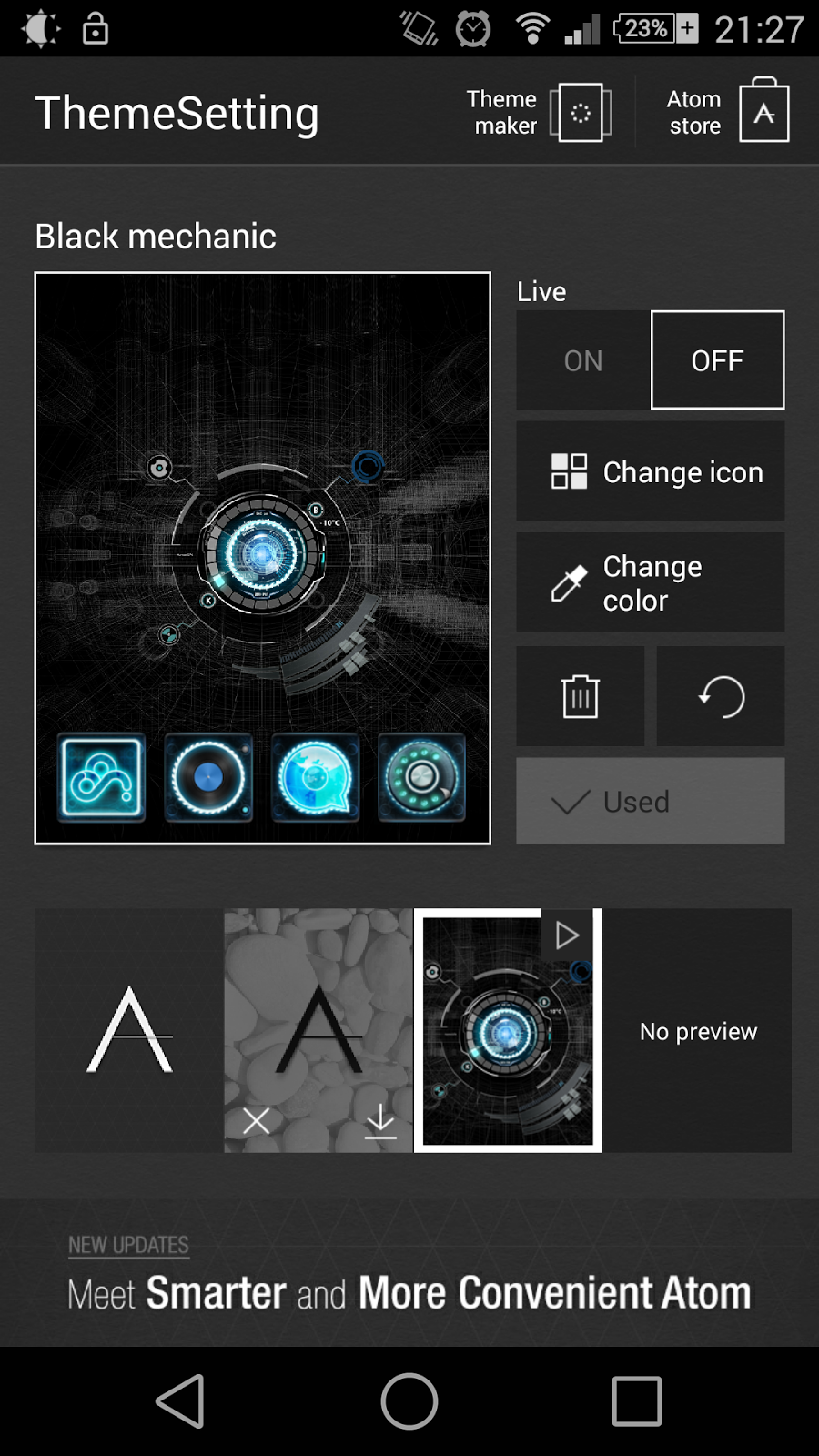 You can see from the screen capture that the launcher does have most of the same features which are found in most 3rd party launchers.

As mentioned earlier, it excels with its themes and being lightweight and responsive. It does fall short in one aspect for me, the ability to select the opacity of your folders and its color. 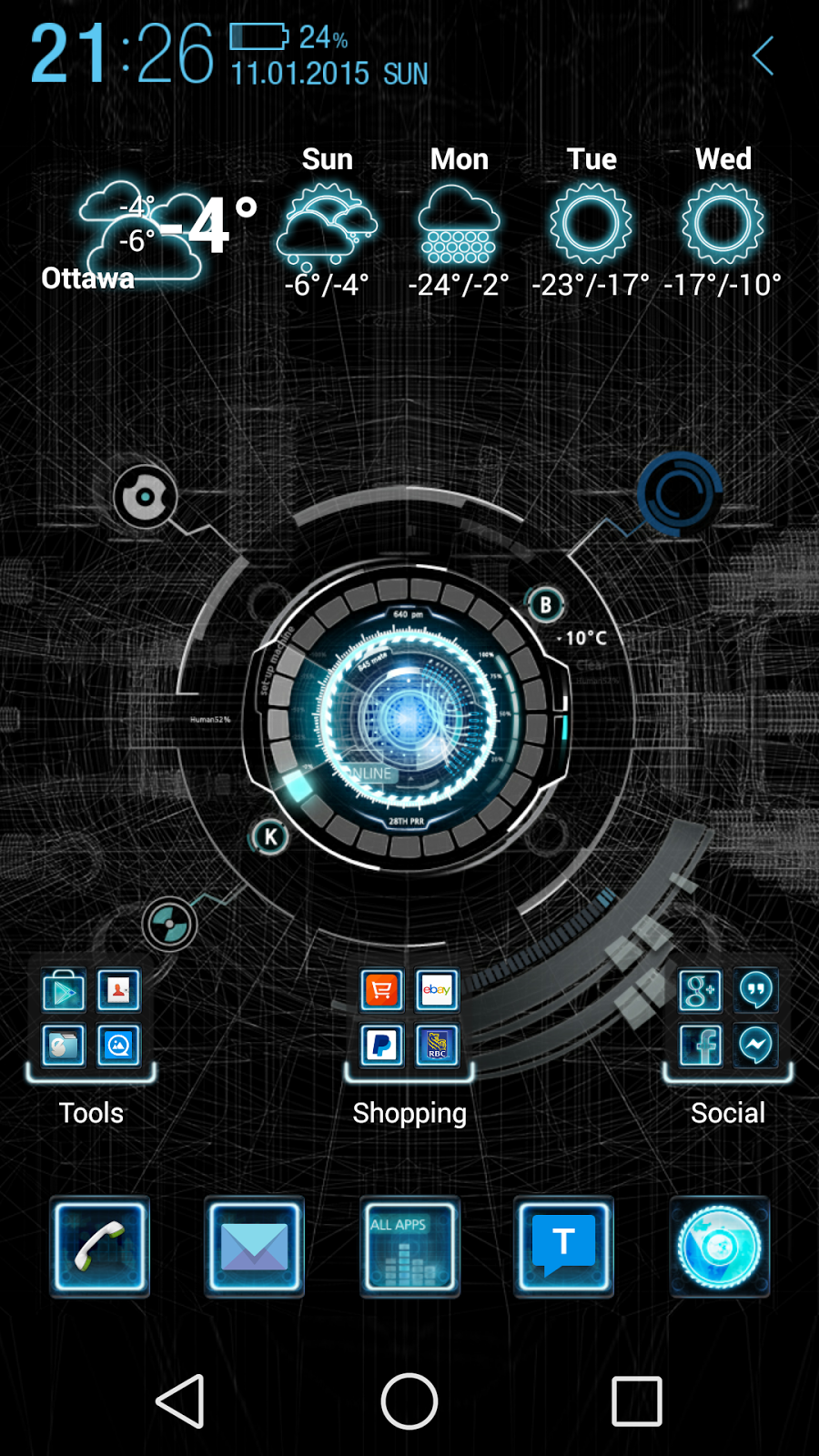 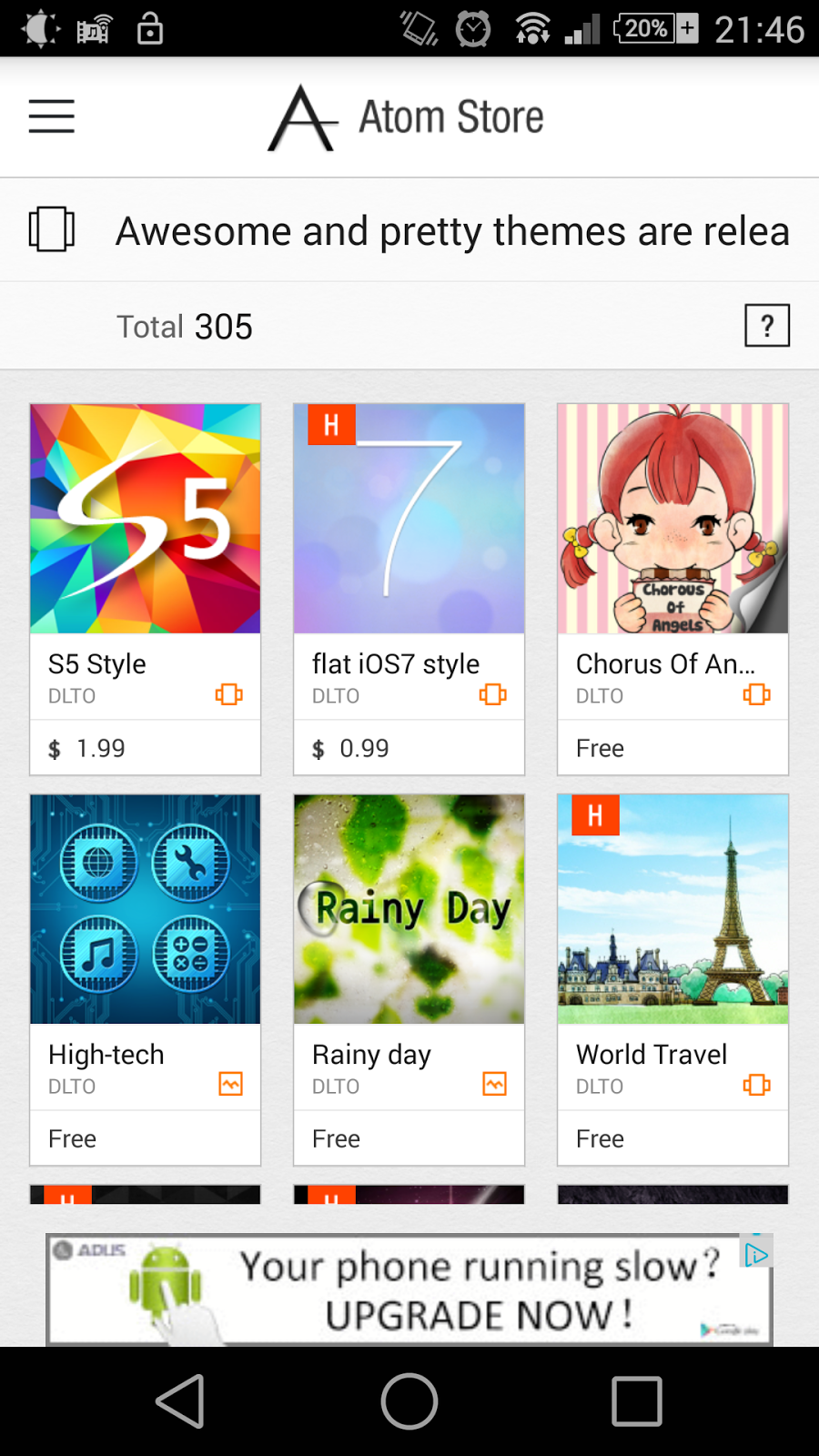