Just how popular is Android? More than 3x iOS

This one comes out of GlobalWebIndex where it had surveyed 40,000 folks from across the globe in 2014Q3.  Now, of the smartphone users out there, it's hard to say that it's truly a significant portion to draw statistically viable conclusions, but it's data nonetheless.

Not surprisingly enough they show that Android IS much more popular than Android. 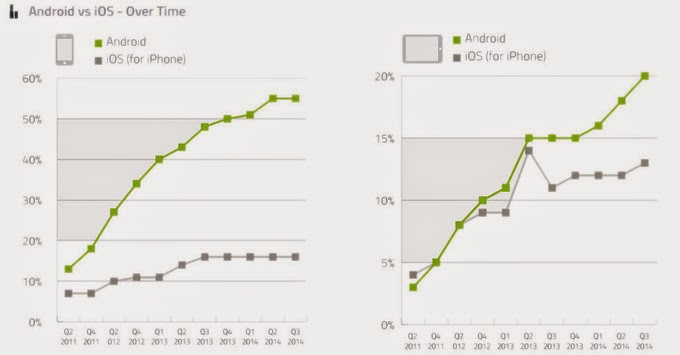 With a rate of 54% for Android to just 16% for iOS.  Hrmm... Now, trying to glean some info from the stats was that only 80% surveyed had a smartphone (so my guess is the way they did the math was that 54% was out of everybody, whereas I'd like to report that "of those that had smartphones 67.5% had Android, 20% had iOS..."; via this reporting that just leaves a sliver of 10% for Blackberry, WindowsPhone, etc...).  Regardless... according to this, for every iOS user out there, there should be 3.375 Android users (or in even numbers... 8 iOS users for 27 Android).

What was even more interesting was the adoption rate for smart watches.  9%  To me that seems fairly high, especially as it even beats out smart bands by a couple points; this really isn't reflective around me (I'm one of the only ones I know in my circles in town with a watch, yet I can think easily of scores of folks with bands). 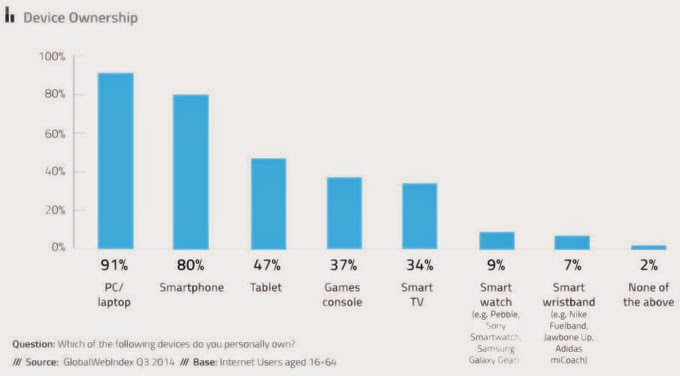 Still would love to find some Canadian data...