HP brings in some new tablets

Posted by Ryan Moore on January 21, 2015
Tablets, tablets everywhere, let's all have a think..

Yeah, it seems everywhere lately there are tablets.  I've got 2 personally, and I've got 2 that I'm currently reviewing (Nexus 9 and Dell 8 3840).  More and more folks I know have picked one up.  But that demographic definitely has started to skew towards an older generation; whereas the younger (I'll include myself with 'younger') tend to start shying away from them.  Is this akin to Facebook?  "As soon as my parents have one, I'll not use mine?"

That being said, in Q4 2014 47% had reported they owned a tablet.  So there's still a market.  I don't know the numbers specifically, but I'm going to guess a lot of them tend to be the iPad.  And to compete with the iPad and it's form factor we've seen the Nexus 9 come out, and just yesterday HP also announced a couple 4:3 ratio devices. 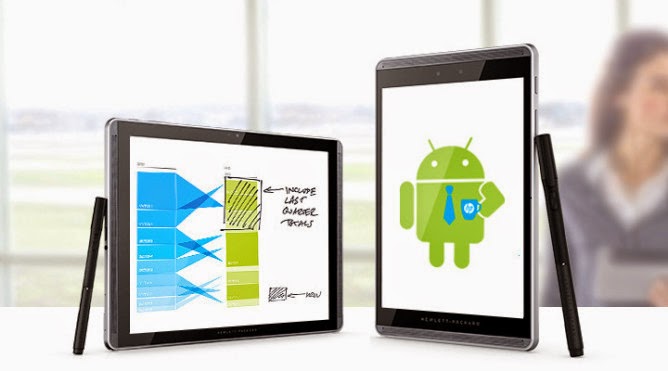 Interesting that the smaller device gets the higher resolution display... But these are definitely not cheap devices, which points to the fact that they are more likely aimed at the business market, which also explains a) the form factor to mimic those iPads, b) the Duet pen.

The Duet pen works on 'ultrasounds' which means it has 5 microphones on it, which I'm assuming are used to detect it's distance to objects meaning it'll help determine where it's moving.

This adds the opportunity that you could write just about anywhere and have it show up on the screen (no having to worry about scratching up your screen like those tablets that claim you can use 'anything' as a stylus).

I'm reaching out to HP to find out about the Canadian availability of these devices.

The pen REALLY intrigues me, but the 4:3 factor just about kills it for me.