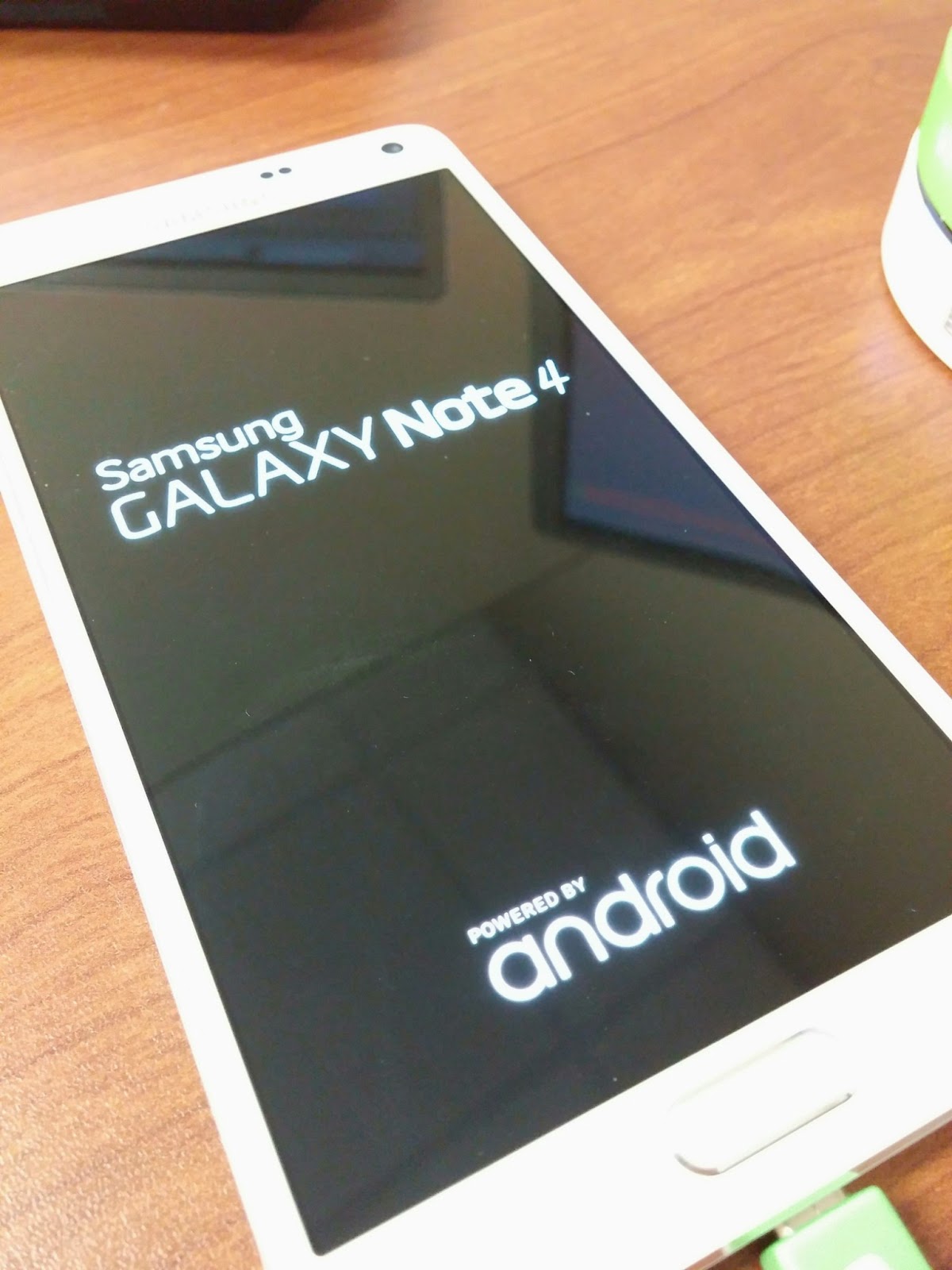 I've loved the Note line up.  Funny that I've never owned one except for the Note 8 tho'.  But I've steered many folks into one, heck even my son has one.

The Note 1 to the 2 was a huge jump in quality, and then from the 2-3 the Pen got even better.  But how is the jump from the 3-4?  Well, from the title of the article you should already know!

Really, the Note 4 is almost a different device OEM from a hardware point of view.  The build of the device is really nice.  It feels sturdy (no more cheap plastic) and the S-Pen is REALLY much more like a pen.  I know I've said it before in other reviews, but I was quite blown away how fluid it was.

Anyways, there's more to this device, so let's dive in!

What do you get for this device: 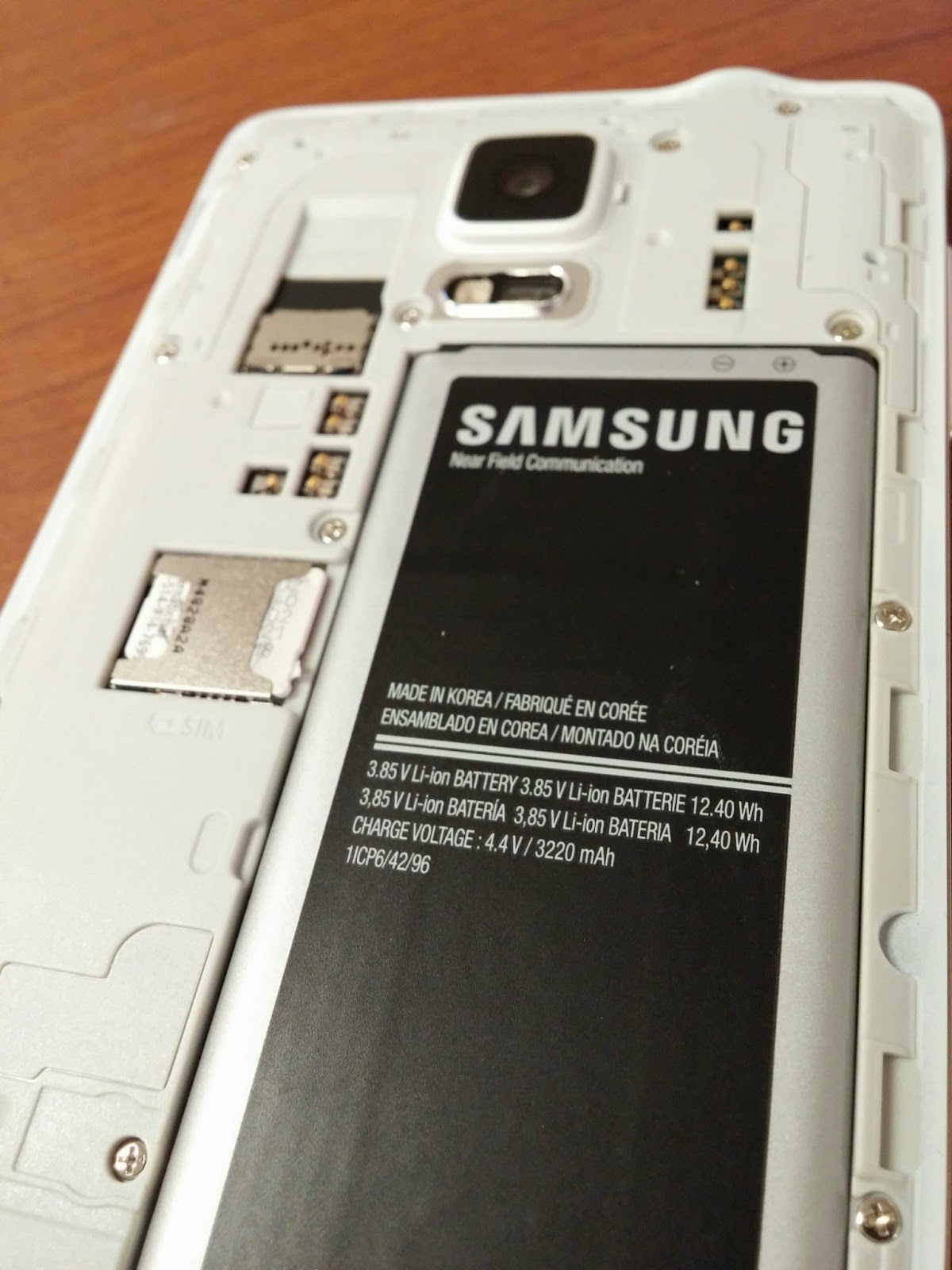 Impressive stats to say the least.  I love that it comes in 32GB as standard now.  It's just necessary these days.  But the most impressive thing is how it feels.  Sure it's big.  But they've gone and really improved on what used to ridiculed as 'cheap plastic', this sets the record straight that this is a solid device. 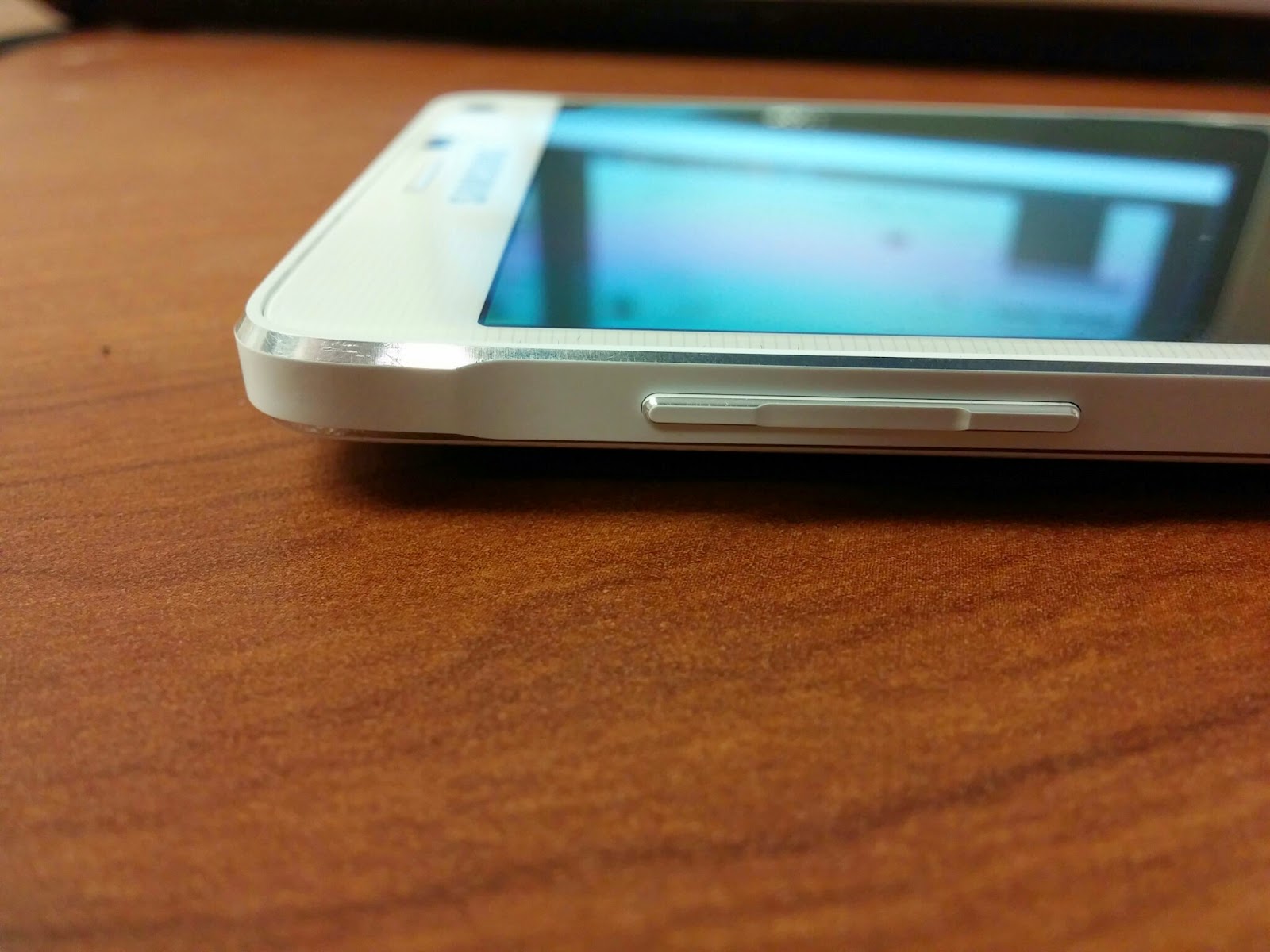 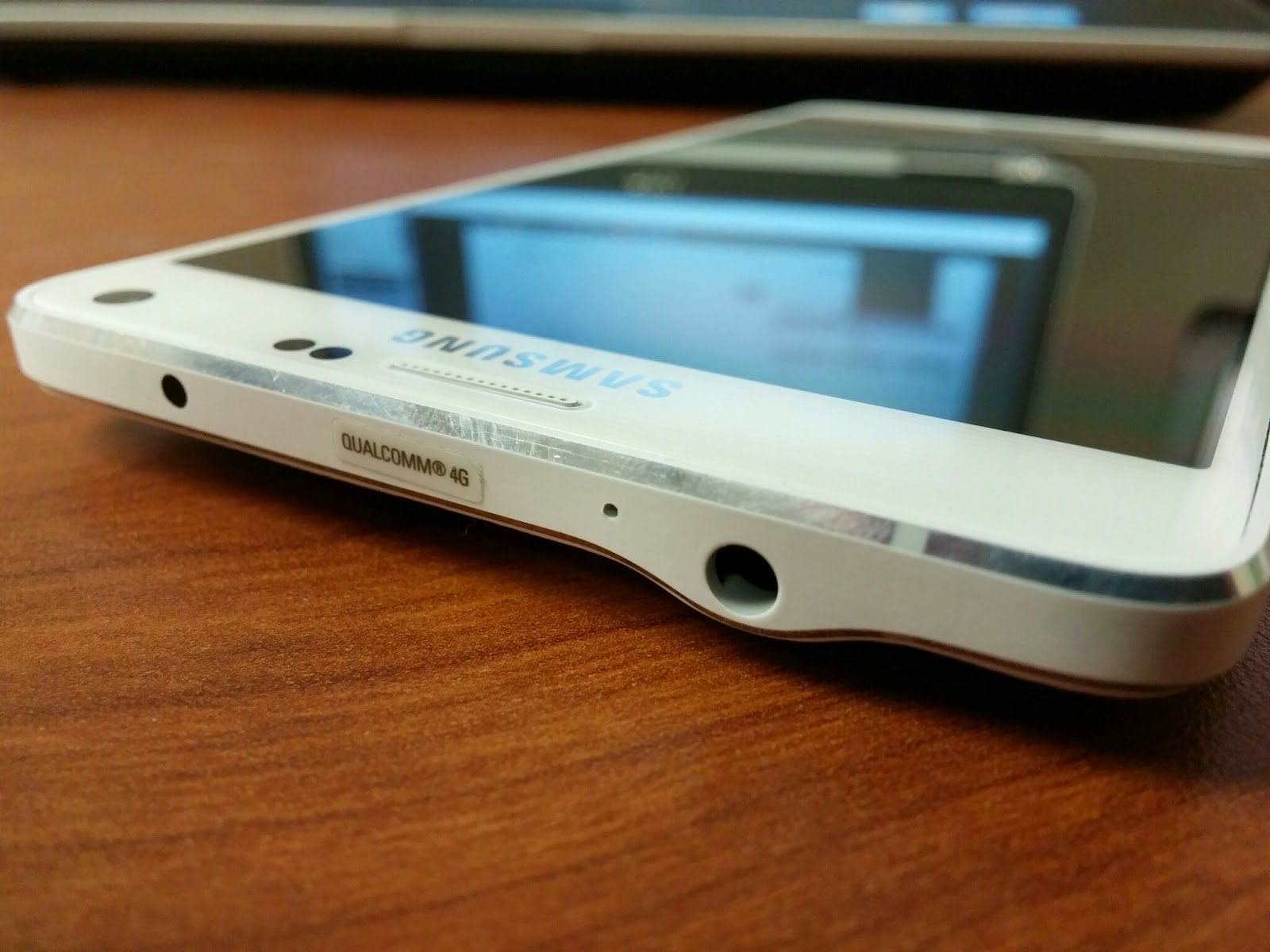 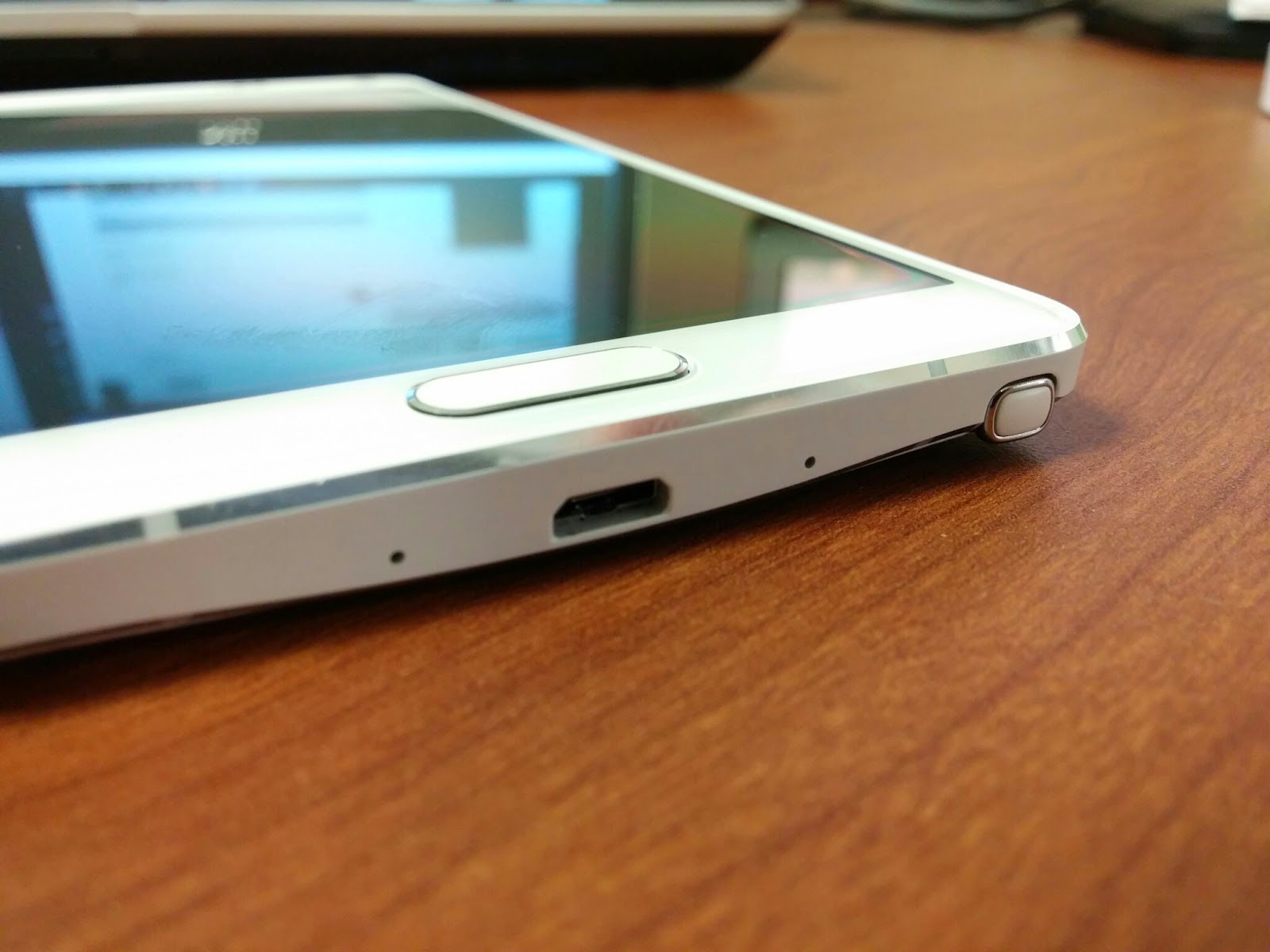 It's big.. and it will be hard to use it one handed, but the solid feel of it will reassure you somewhat that if it fell it shouldn't smash into a billion pieces.  I won't guarantee that at all tho'.

To help you with the one handed operations you can just do a diagonal swipe from the top left on some apps to bring the app into a 'floaty'.

It also borrows from the S5 the fingerprint and heartrate sensors (however not the IP67 rating).

The display is phenomenal.  You can't tell the QuadHD right away, except that if you were to go back to something 1080 ... you'd notice.  It's so subtle, it does a good job of it.  Some folks really like the SOLID SOLID blacks and the ultra VIBRANT hues... personally I find it a bit artificial.  But it's no mistaking how well it looks.  It definitely would impress. 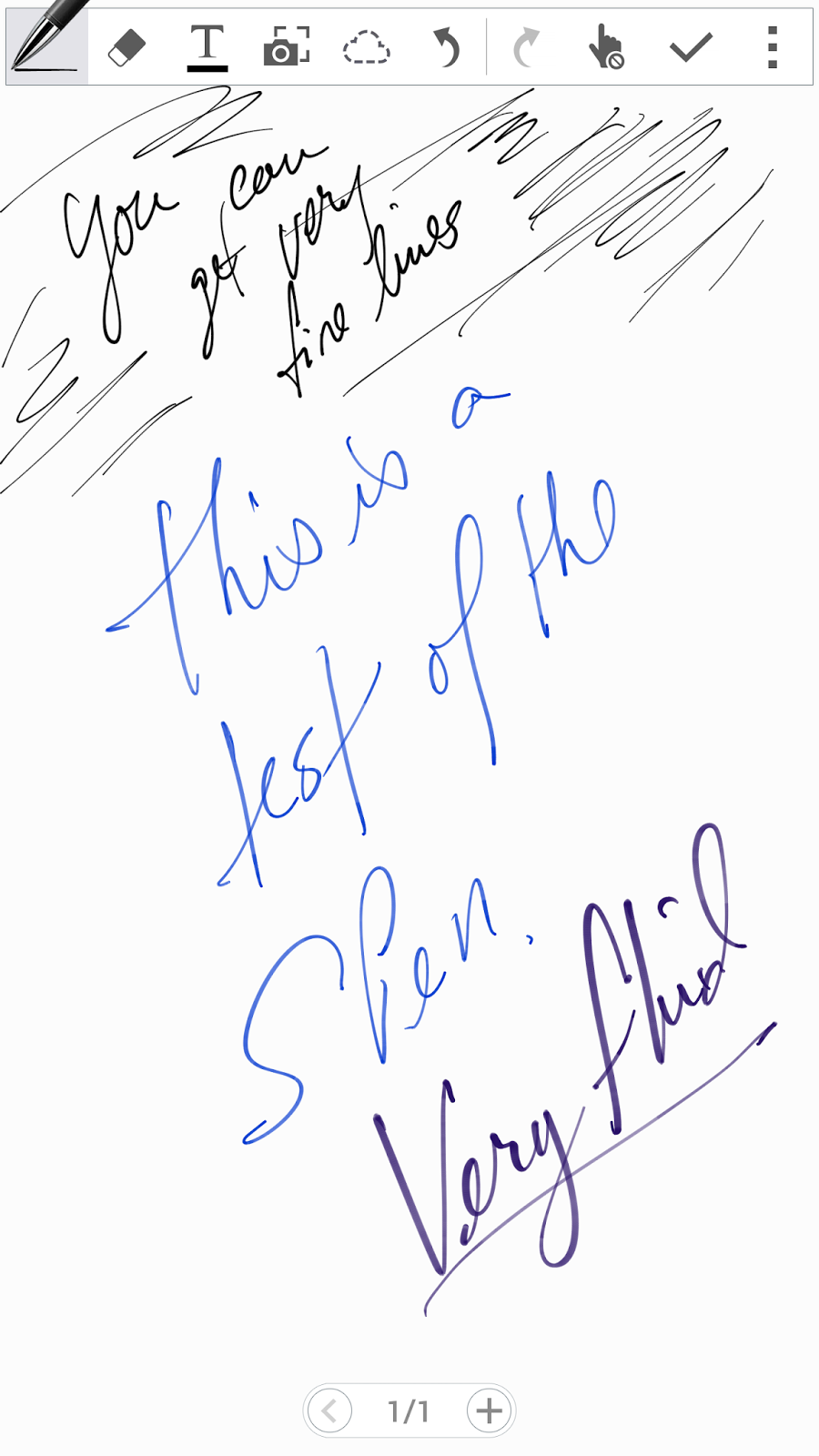 I've said in my video, that if you're getting this device, really you should be getting it for the S Pen, that, for me, is the main draw.  Otherwise it's just a big S5... go get the S5.  If you want QuadHD, get the G3.

This pen is amazing and it really has helped me take notes in meetings.  Often I go into meetings with several different colour pens just so I can make things pop and stand out.  This does all that and the pen feels like a PEN... I can't stress that enough.  Everything is fluid and you can get very VERY fine detail when using it.

(for a stats person, it's using 2048 levels of pressure, which is double last year's model)

Using it to with S Note and the 'fountain pen' mode really made me miss my old fountain pen.

It's definitely one of those things you have to really try out to get the point.  But take my word for it, you'll love it.

But how's the "Samsung in it?"

Sure, a lot of you out there have just loved to hate on Samsung lately, but really... there's not much to hate on this one.  The 'bloat' that Samsung used to install automatically has really been pared back to just a handful of apps.  Less than what Google adds in almost.  You can still add some of those features they had in, you just have to go to the Samsung Apps and install them

The UI is still looking a little dated, and the odd colour options are a bit of an eye-pain to me, but it's definitely getting better to use.  The menu settings can be difficult to find what you're looking for, but they have a handy dandy search feature.

You do get some odd features, like 'the side key panel' etc... but really they're something that's easily ignored, and to be honest haven't found much use for them.

The new multi-tasking look is very cool and easily seen to be replicating how stock Android 5.0+ does it.  Which is alright.  And it's easily brought up and very fluid.

Works really REALLY well.  When I had the S5 the fingerprint scanner was maybe 80% accurate (i.e. 8/10 times it worked the way it should).  With the Note 4, I haven't had the issue yet.

However, keep in mind that if you want to use it I found the backup password a bit of a pain.  It had to be 6 characters long, at least one letter/number.  Ah well.

It was also neat to see that there's inclusion of PayPal built in (via using the fingerprint scanner).

I really can't say enough about it.  But what I liked about it this time was that there were no weird "long press" or "double tap" options.  Just bring the pen near, hit the button and the air options pop up.  Definitely simpler than in the past.

What was really helpful while using the S-Pen for notes in SNotes was the option for "action notes", this is where it would recognize that a memo you wrote had an email, or a phone number, etc... and would turn the area into an 'action'.  Meaning you could click it later to send an email or dial that person 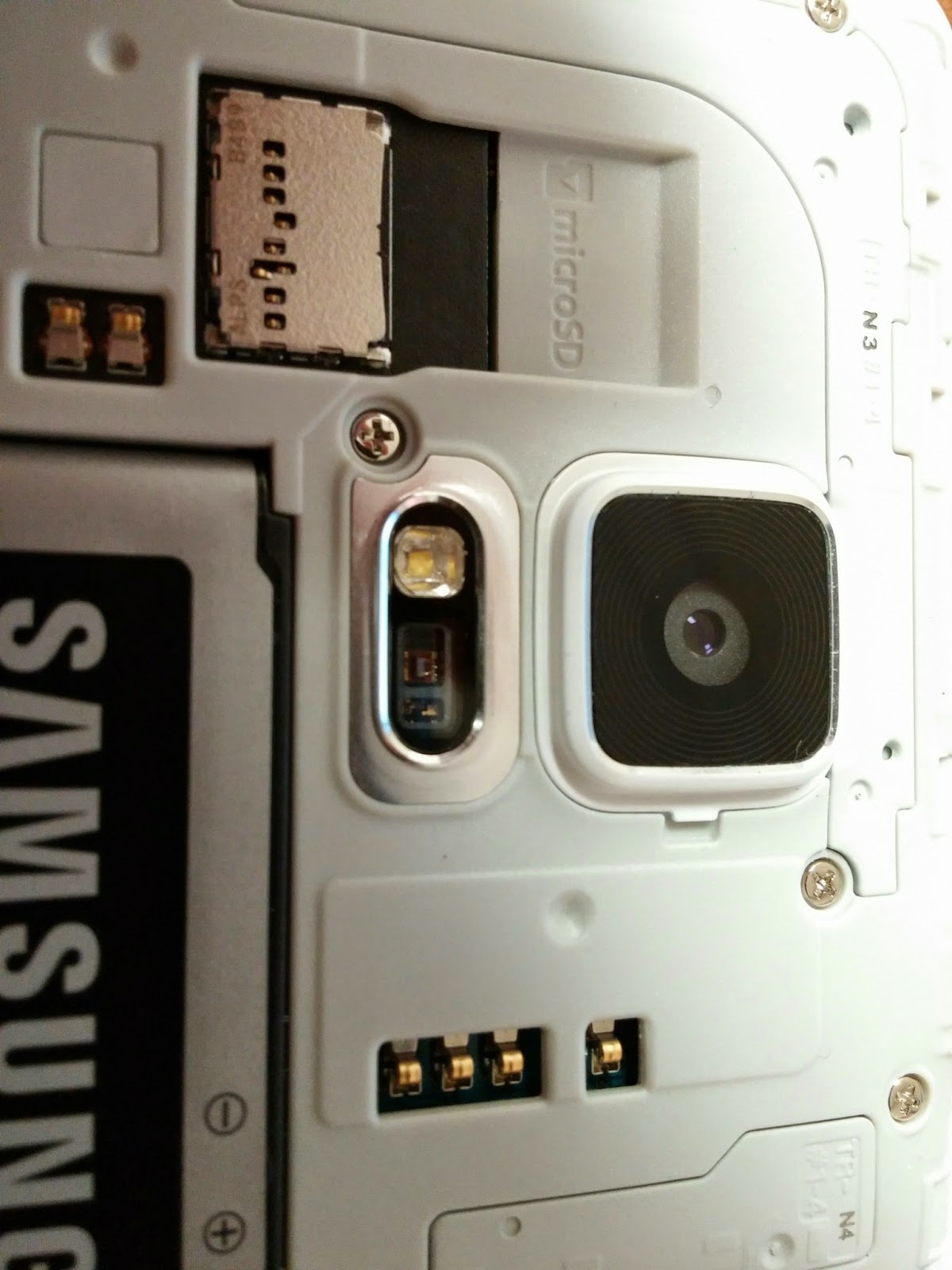 I talked about this briefly back during the S5 review so not much has changed here, except that in addition to the heartrate monitor, I've missed pointing out that it has a dissolved oxygen reader (spO2) as well.  Why you'd want one... dunno.  But it's all there in the sensor.

Heartrate Monitor - worked pretty good, more 'accuracy' than with my other devices that I've had it with, but it took longer for it to register (the Moto360 or S5 would quickly tell me that it failed).

The idea here is that if you want to quickly connect videos or photos to surrounding items for sharing; like other devices, Smart TVs, etc...

For all the slack Samsung has received, it's really on par with anything else I've used, and maybe because it's still somewhat not as bogged down as I do my daily driver, it outperforms my G3 for battery and performance... but by a hair. 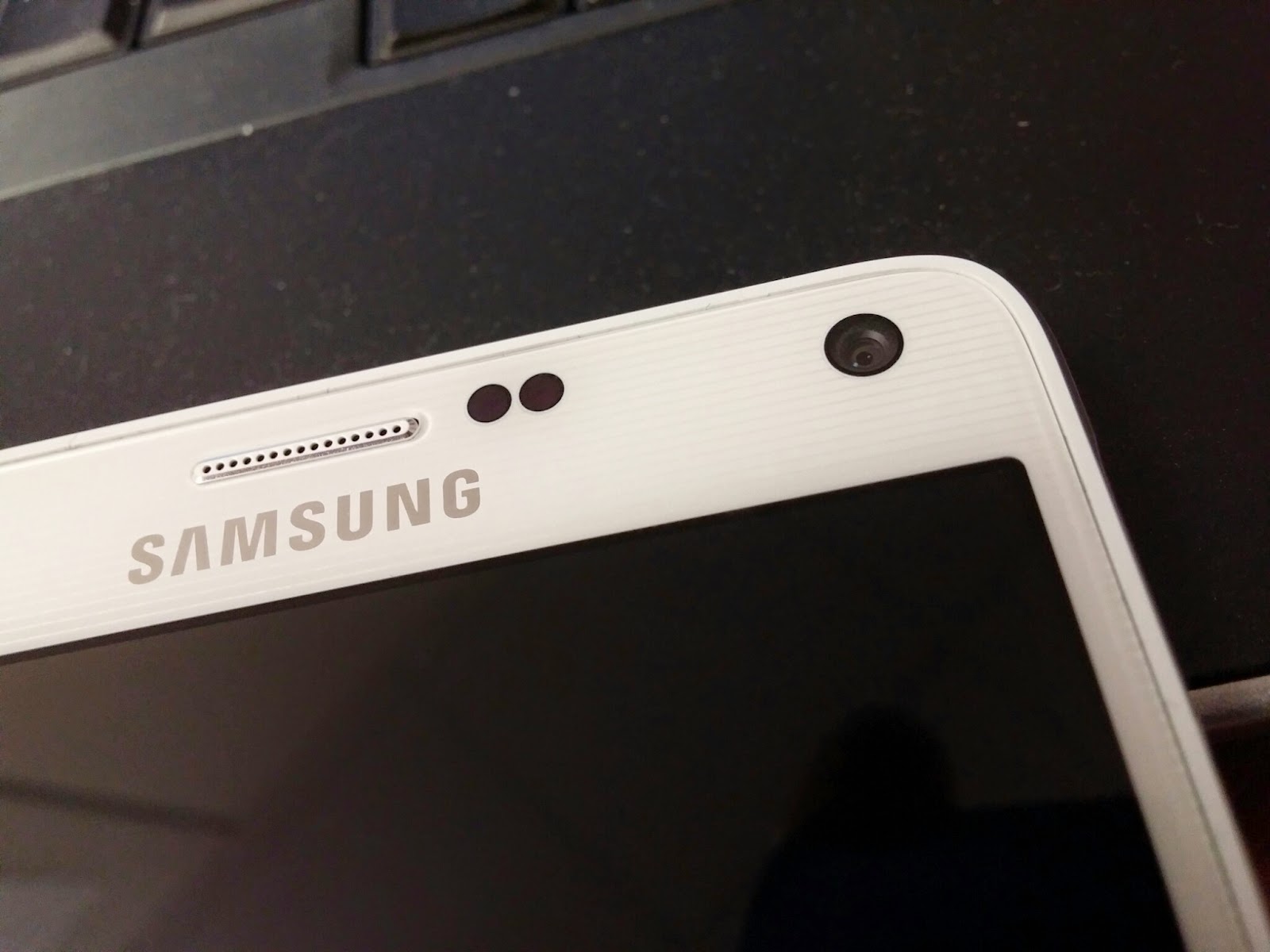 Yeah, the 16MP is nice and all (see samples), but the biggest thing here is the selfie camera, it's not only 3.7MP, it's a an f/1.9 which means it's really good in low light.
The app is still quite cluttered in my opinion, but it does cater to the "I want all the options" type person.  So it's nice that they're there and really they're not in your face, but if you want to go find them it can be a bit of a mess.

There's even a smart mode for text (i.e. fix the aspect and contrast so it looks more like a photocopy of the page vs. just a plain ol' photo).

Samples (it's identical to the Galaxy S5 camera, so you can review those photos)
Overall

Really, this is a great device, solidly built and ready to last.  You just need to get over the cost ($200 on a plan, $750 outright, which is not a bad deal compared to some flagships) and the size.

Size is really a personal thing and for most it's not an issue.  Coming from the 5.5" G3 it wasn't that much bigger, but just enough.  It's clear as to why Samsung has such a huge market share (part of it is their marketing), but they have produced a lot of great items in the past... but this is a very radical departure from that old line.  I would have recommended them come up with a new name (the alpha note) or something.

Go give this a try and you won't be disappointed.
galaxy note 4 Review S-Pen samsung