Posted by Ryan Moore on December 08, 2014
So, I don't like to call myself an audiophile.  I do like music, I did sell equipment for many years, and I've amassed a nice selection of speakers that I never get to use anymore and it makes me sad.

Most of my listening these days are done on my phone and via streaming services while I'm out for my walk at lunch time.  As I walk around a lot more, my normal choice for headphones, the over-the-ear style 'cans' (still upset that my AudioTechnica ATC-H5 iCools broke, and they broke over a decade ago... need to find some good glue)), aren't exactly as walk friendly, so I've switched to in-the-ear styles 'earbuds'.  I've never been an earbud fan.

Normally, I've used whatever came with the phone, but typically they've been pretty sub par.  I've gotten a hold of the Apple earphones and I have to admit they did reproduce bass a lot better.  Problem with either of these is sometimes the buttons they have with them don't work.  The Apple ones only work with the play/pause buttons, and the Samsung ones I have the volume buttons work on some phones and not on other. 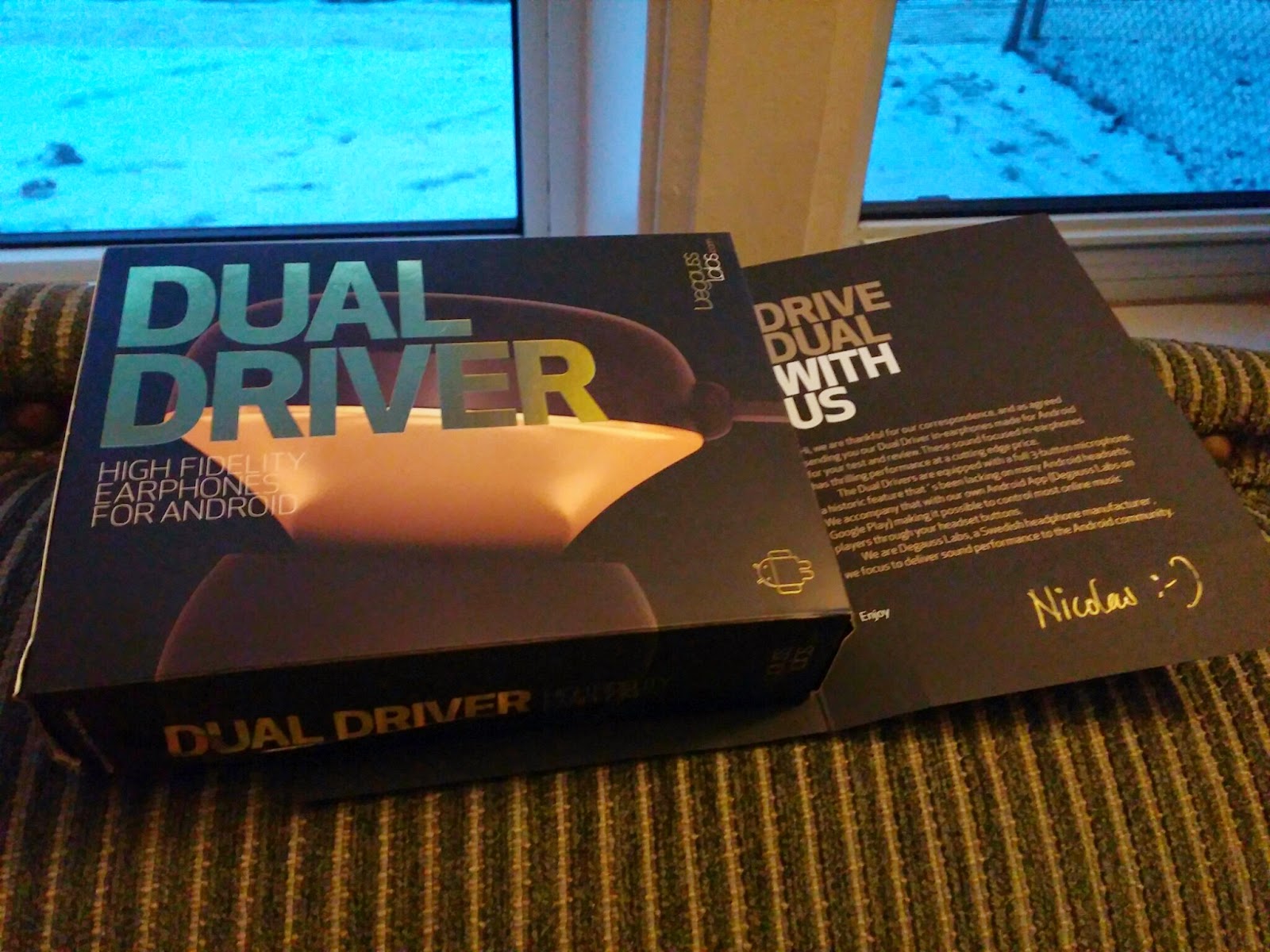 In looking about on the internet, I came across +DegaussLabs and their new Dual Driver set.  What really piqued me was that they set out to set up a great set of headphones for Android.  Not many really talk about that feature.  Mainly it's because they have a 3 button set up as others do, but have developed their own "Headset Control Center" app which will allow you to ensure that the buttons do what YOU want them to do. 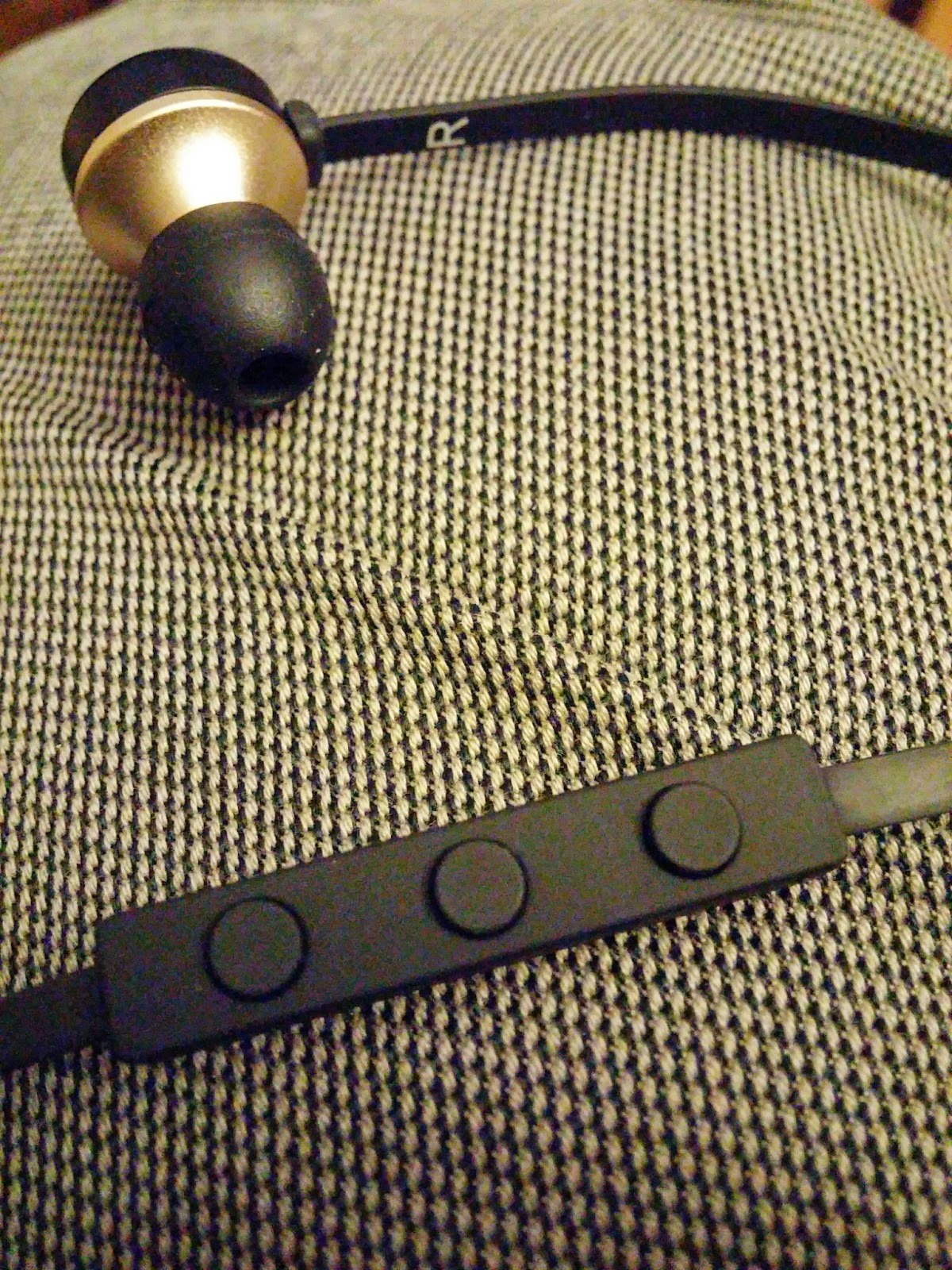 What are the specs of it (for those of you who want to compare it against others):

So, I get a pair and plop them in my ear.  They have a pretty good heft to them so I thought I would not find them at all appeasing putting them in my ear, but... the cushion was quite fine and the weight seemed to disappear.

The flat ribbon of the cable was nice, and has helped prevent it from becoming a tangled mess.  The buttons are nice, solid and flat looking.  Can make it a little confusing to find which is which (I tended to be wearing gloves while I was out for a walk so a little tactile different might have helped to find the middle button or volumes); but still a nice feel and look. 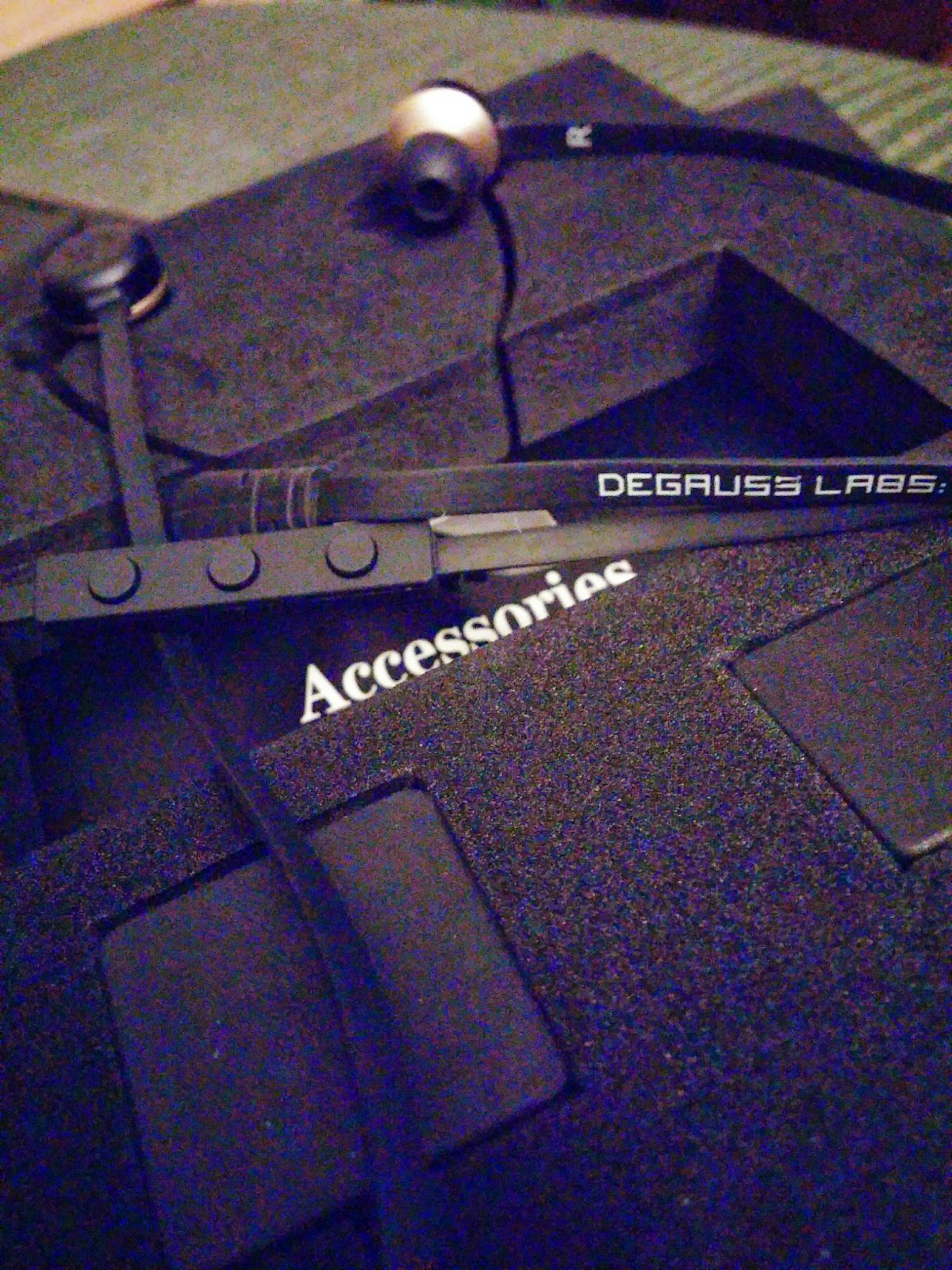 Okay, time to turn it on.  I was told to ensure that I gave them a solid week of 'burn in' time before giving them a proper review.  But immediately as I put it in I heard the difference.  It blew the Apple headphones I had out of the water for full range and bass reproduction. 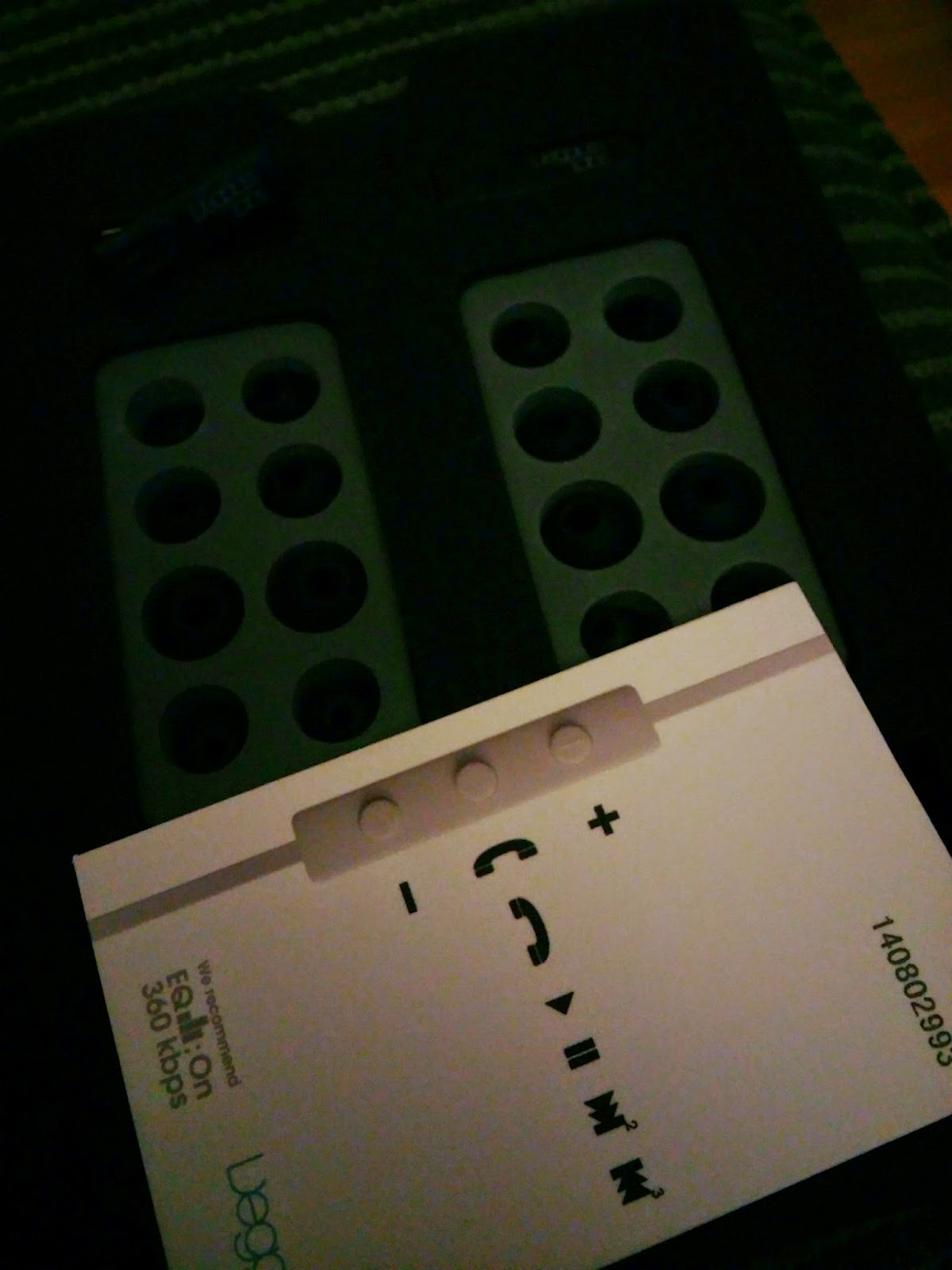 It came with a bunch of ear replacements and some extra accessories (a headphone splitter, and a separator for airplane connections).

I loved how that immediately everything worked.  The volume buttons work, where I've had dicey options for that in the past.  For me, I didn't need to install the app to get extra function out of it.

The app allows you to set up triggers of what to do when headphones are plugged in or reprogram the buttons for different functions.  Call me old fashioned, but it works exactly how I like out of the box, so I didn't need to customize.  However, it's nice to know that should I decide down the road, it'll be an easy thing to do.

Now some might balk at the $80USD price tag, but when you look at competitors (like Beats) that are that price and more... and these include the 3 button AND a specific Android app... it's easy to see which you should get.

I hesitate to say these are the best headphones you can get for your device, as I'm sure there's some purist out there that will debate on stats or whatnot ... but for me, it's allowed me to make space for when I travel that I don't have to take my big earphones (I use the Steelseries or 808s normally).  These little guys can compete at that level!

And I did feed them into my stereo system to test them with my DVD-Audio discs and was not disappointed.

So, time for my daily lunch/Ingress walk... time to put these in my ears and enjoy some music