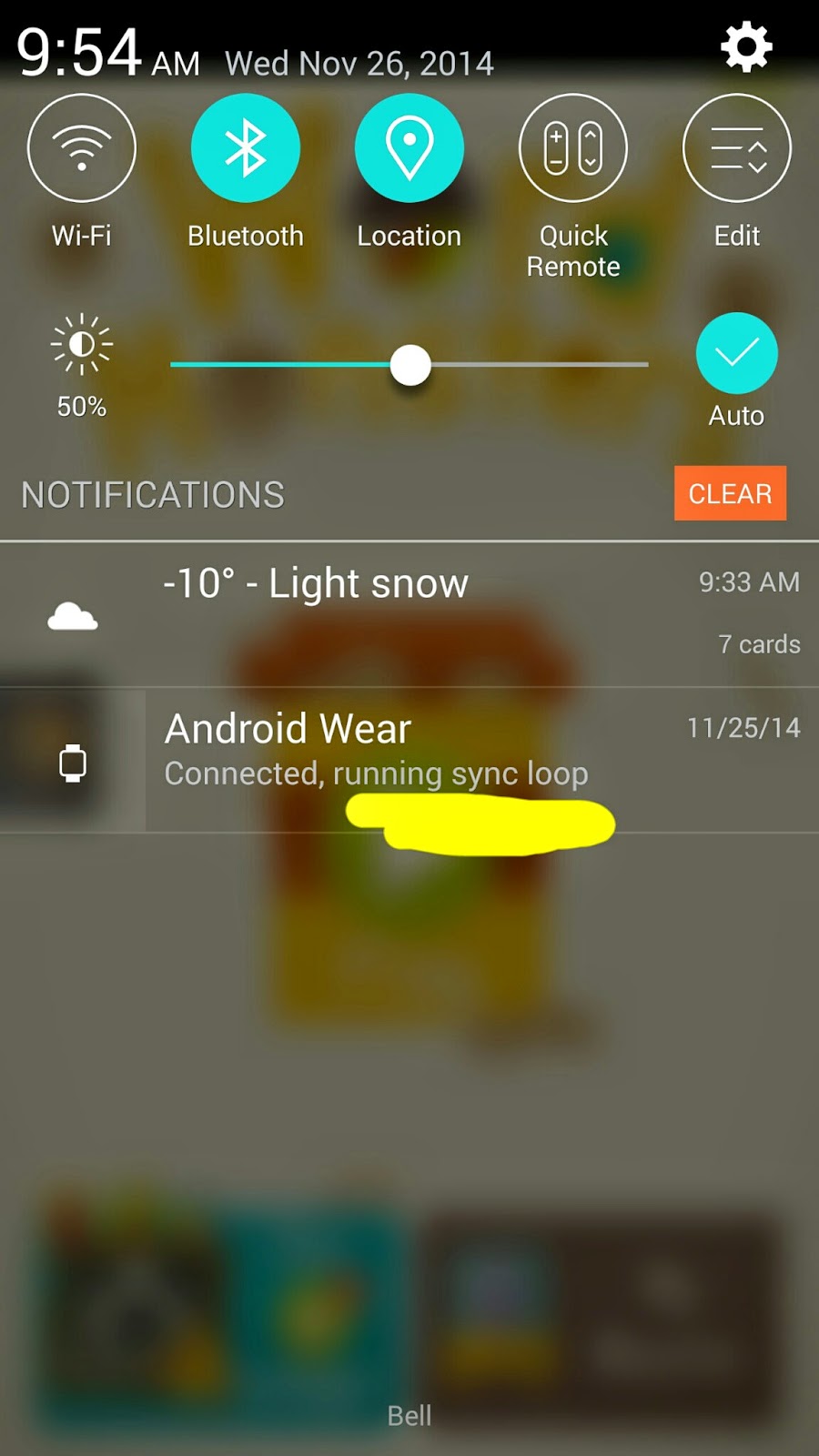 So the other day I noticed that when I swiped down from the top that the Android Wear persistent notification now had a little extra text:  "Running sync loop".

That's odd I thought.  I wondered if it was actively trying to do something, or whether it's just being more verbose now.  My battery wasn't suffering at all ... so it didn't seem to be a bad thing, yet I don't like it when I don't know something.

So I posted it in a couple spots on the internet to see if anybody could figure out what it was.

Most pegged it to some new update with Google Play Services or the Android Wear app, but no one knows what it really means, or how to make it go away.

Then enter +Ryan Lestage who just suggested to me:


This has now happened to me. Quick fix is to turn off developer on your phone. Turn Bluetooth on and off and re-sync watch. Voila﻿

Still doesn't explain what it is, but at least for me the peace of mind that it's now not going to be 'in my face'.

Did it work for you?