You’re being watched and tracked! 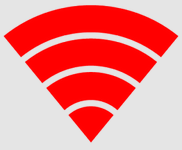 With Android being big and wide now a days, it’s hard to keep on top of everything that happens around you. We use our smartphone devices with a very carefree attitude and a lot of us don’t even have a simple password setup on our devices.

Did you know you were actively being monitored? I’m pretty sure you’ll just shrug this off and keep going with your day right? A reality check might be needed, because company, retail store, your favorite chain is indeed following you.

There’s an increasing new thing happening now and that’s Wi-Fi Snooping. Your favorite big box chain is following you around in the store and by that I mean tracking your Wi-Fi broadcast. Most of us will have are Wi-Fi on and or Off but even with that there’s the ALWAYS on mode, which allows for better GPS tracking, but not only that, the store can use this and track how much time you spend in a certain location and can be used further on to later indicate to the retail business that X amount of people spent lots of time in this area and thus allowing them to re-arrange the store layout to feature what’s been a big.

Since your MAC address is being broadcast they can further do analysis to figure out what was the most common product that created the most buzz which then leads them to arranging the stores in a layout that would force people to go pass all those interesting offers.

This would enable them to track your visits to the store, how many times you went to the cash register and more.

This is where Pry-Fi  from Chainfire comes into play:

One solution is shutting off Wi-Fi completely (including the background network scanning), but you would lose benefits like, automatically connecting to known Wi-Fi networks and improved location awareness for your apps. It also does nothing to help the situation for others.

Pry-Fi will prevent your device from announcing all the networks it knows to the outside world, but it will still allow background scanning and automatically connecting to Wi-Fi networks. While you are not connected to a Wi-Fi network, the MAC address will constantly be pseudo-randomized, following a pattern that still makes the trackers think you are a real person, but they will not encounter your MAC address again. This will slowly poison their tracking database with useless information.

We would hope that said companies wouldn’t use this information for malicious intent, but we all know better than that. For them, it’s a business model that could bring it big. At this stage in the game, it’s too early to say what can and will happen, but if something can be used it will eventually be abused.

If you’re interested to give this app a go, head on over to the Google Play store.
https://play.google.com/store/apps/details?id=eu.chainfire.pryfi

If you feel like following the progress and the development check out the XDA thread.
http://forum.xda-developers.com/showthread.php?t=2631512