Does the phone's chipset matter to you? [poll]

Posted by Ryan Moore on October 24, 2014
I love my databases.  You know that.  I keep track of a ton of devices and firmware updates and many more bits of information from all corners of the Android world over on our Database Page.

One of the bits of information that I struggle to keep properly updated, and it's probably because I'm not an expert in the field is the "Chipset" field.

So is it a Qualcomm Snapdragon 805, Nvidia or an Exynos ... or even the new Intel?  I can usually find the information, but I'm still not sure what that will mean for the device.  2.5GHz quad core vs. 2.2GHz octa core is a difficult debate as it is, but to compare chipsets to each other (and let's not even mention the whole GPU thing). 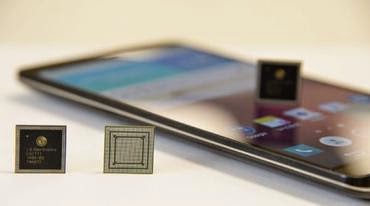 Recently LG has just announced the LG G3 Screen.  Essentially the G3 but with a 6" screen... or so you think, but the real news for this device is that it's now sporting LG's own chipset, the NUCLUN; which is an octa-core set (1.5GHz ARM Cortex 15 x4 + 1.2GHz Cortex A7 x4).

Sounds pretty cool, but without a proper understanding of what that all means, you could tell me that it's got 100 photon powered trilithium crystal cells in there.

It would really boil down to how it performs in the hand.  Not to mention trying to digest any benchmarks we may see in the next while on it.  I usually don't put much stock into benchmark data - I rely on "FOR MY PERSONAL EXPERIENCE IT PERFORMED...", which means I have to test it out personally.

That has me thinking; does what's under the hood really mean much to you?