So I tend to have this crippling indecision at times.  I really REALLY wanted the G Watch when it came out, but for some reason just couldn't decide to actually purchase it.

And then Telus had it on sale for $150.  So that was a no-brainer and I just received it yesterday and it's replacing the venerable Sony Smartwatch 1 that Tom had gifted to me.


Out of the box it's a watch.  It feels like a watch, straps on like a watch... it's just square.  But that's okay, one of the watches I used to wear was actually rectangular, so I'm not going 'eww'. 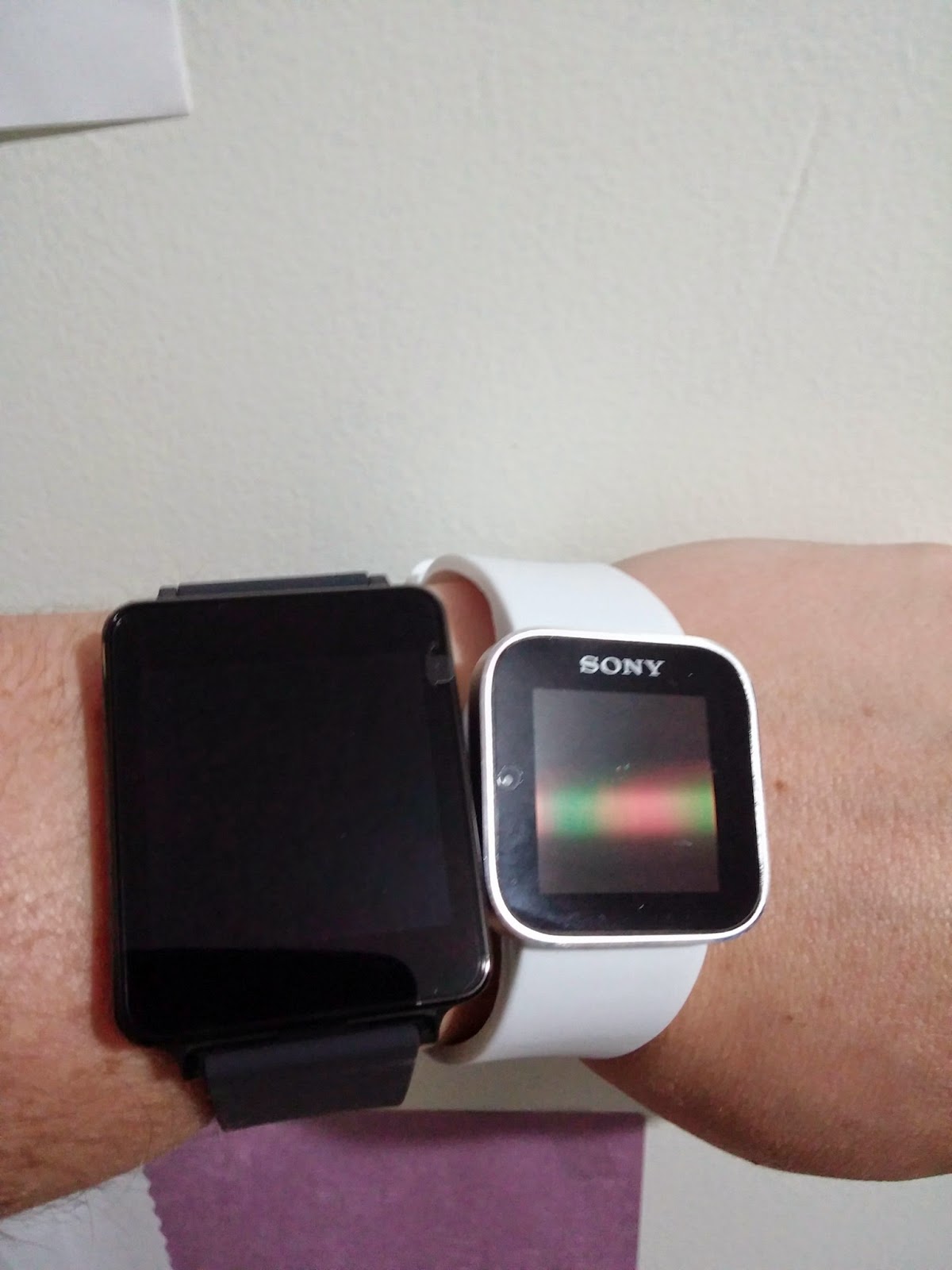 It was bigger than my SW1 as you can see.  But still not too large.  I would like to change the strap at some point... I kinda liked the white; helped make it stand out.

So let's go ahead and use it.  Android wear has a standard UI to it... you get the watch face.  Tap it or say "okay Google" and the familiar Google Now voice action screen shows up.  You could also scroll downwards and see some of the options to choose from.

I had some issues and crashes with Google Search when I tried to get it to recognize "Mandy" as my contact "Amanda Moore"... that was weird.  But ah well.

Then aside from the face you get your 'alert cards'.  These only appear as there's an alert or Google Now card on your phone.

Swipe downward to go through those cards.  Swipe to the right to get rid of the alert (and then it's gone off your phone) or swipe to the left and you can see the 'actionables'.  Like reply, or delete. 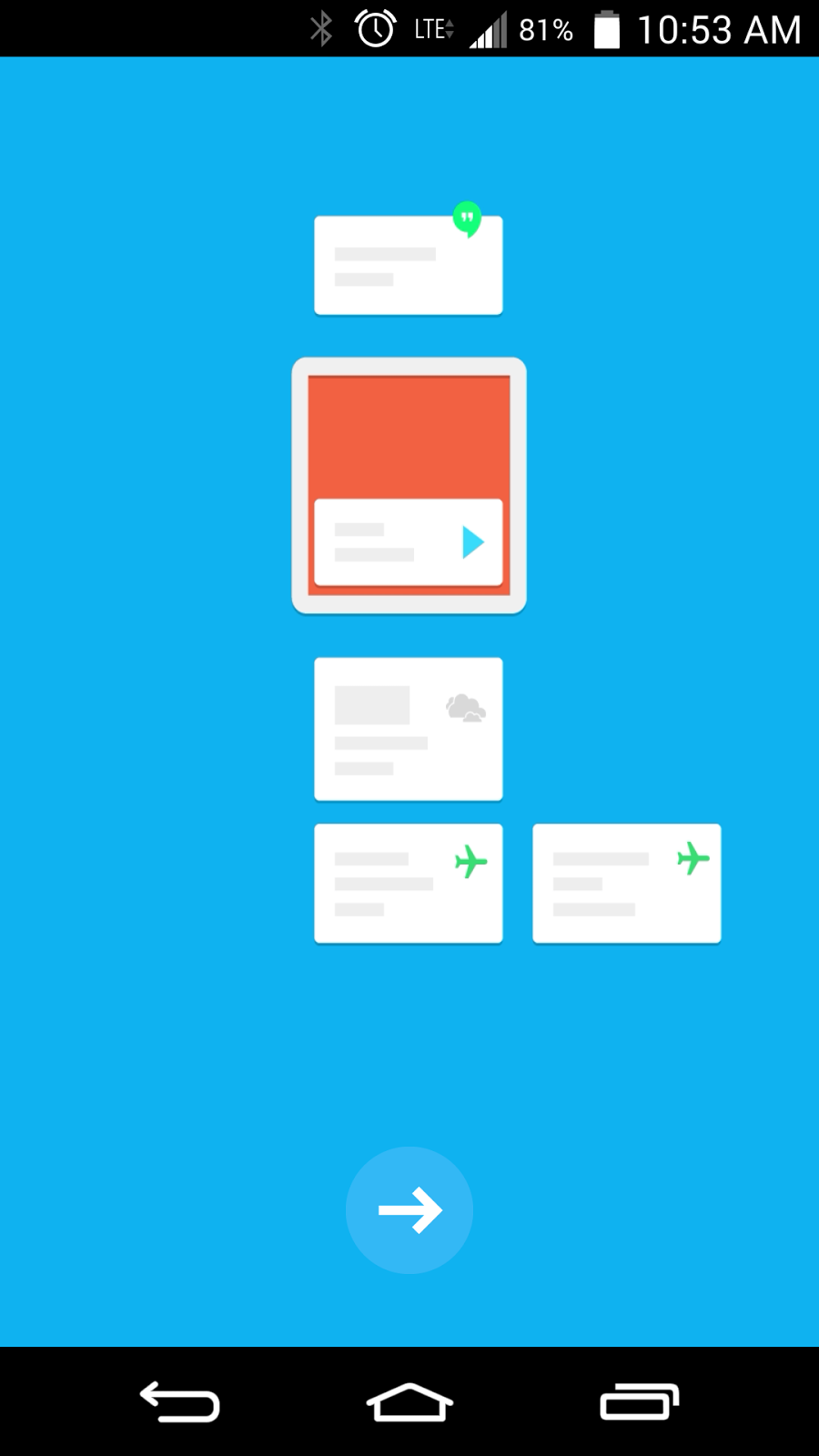 Be careful, if it's something you still want to act upon later, swiping away the notification also swipes it away from your phone.  And when I swiped away the weather accidentally, it doesn't come back... or didn't until the next day.

It's taking some getting used to (and I've really only had it on my wrist for a few hours).

I'm interested in learning more and trying to customize it as much as I can.

There's some things I miss, like being able to scroll through old text messages or emails like I could on the SW1 (this will only show you the message for which a notification came in). 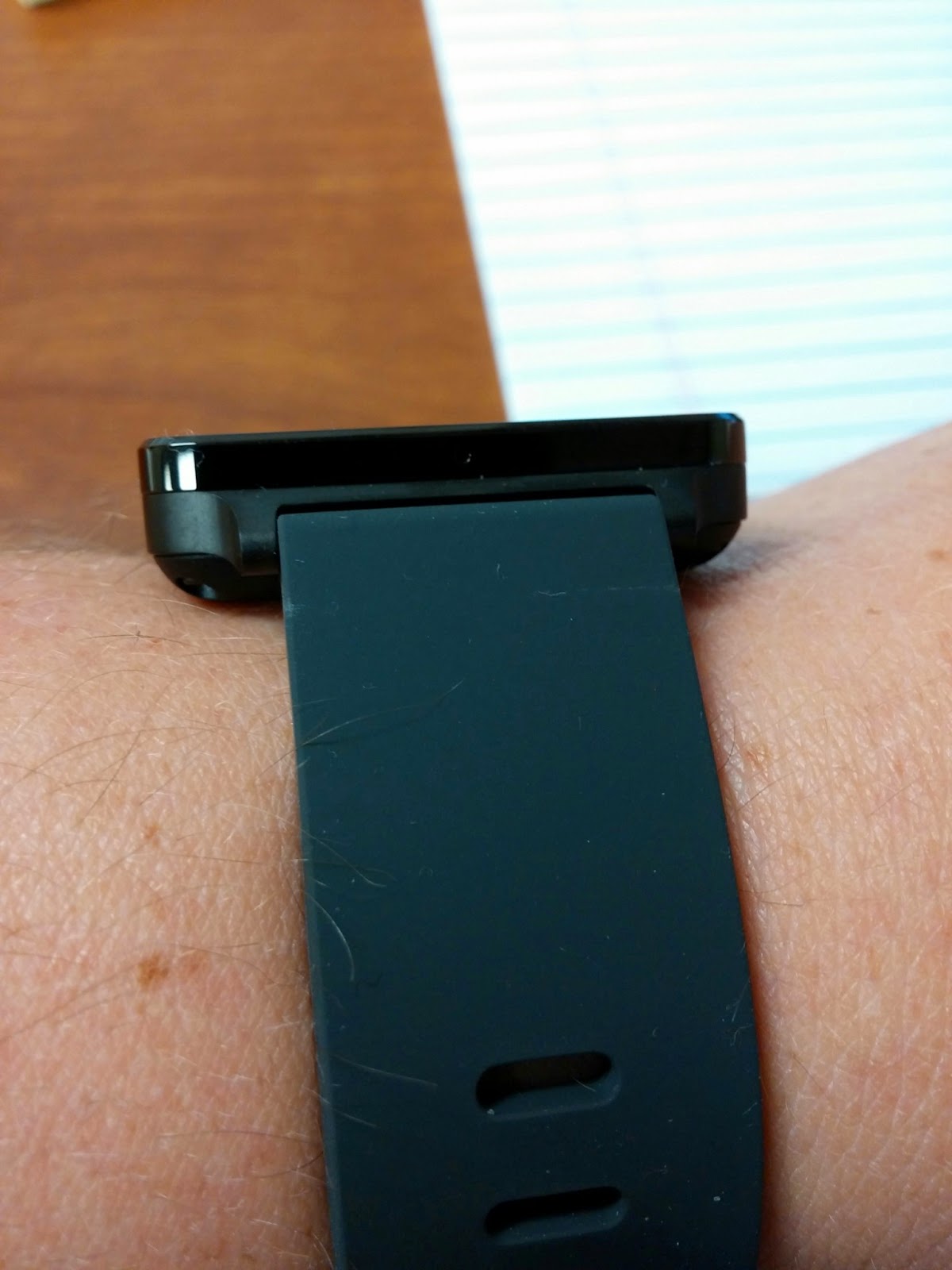 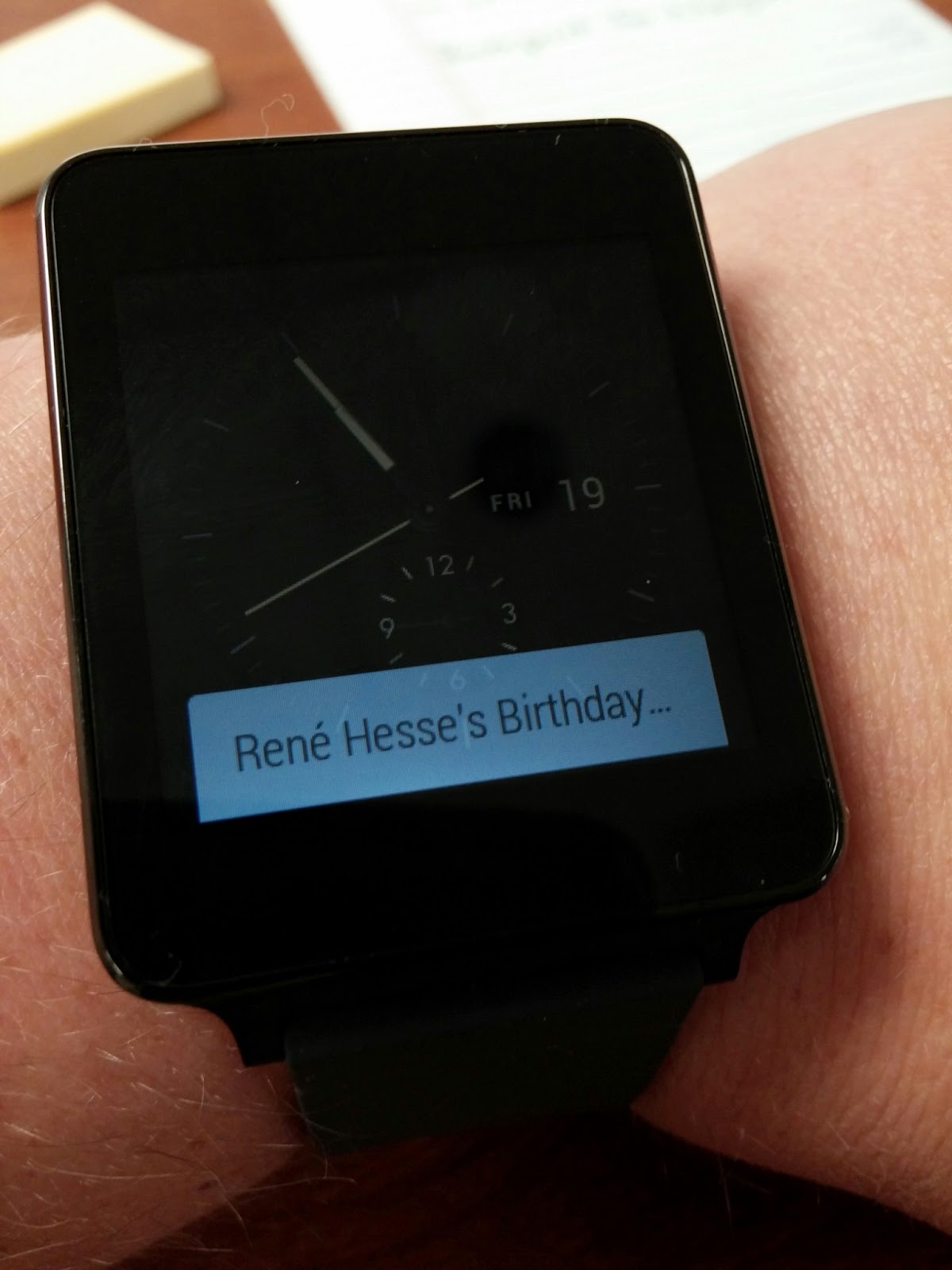 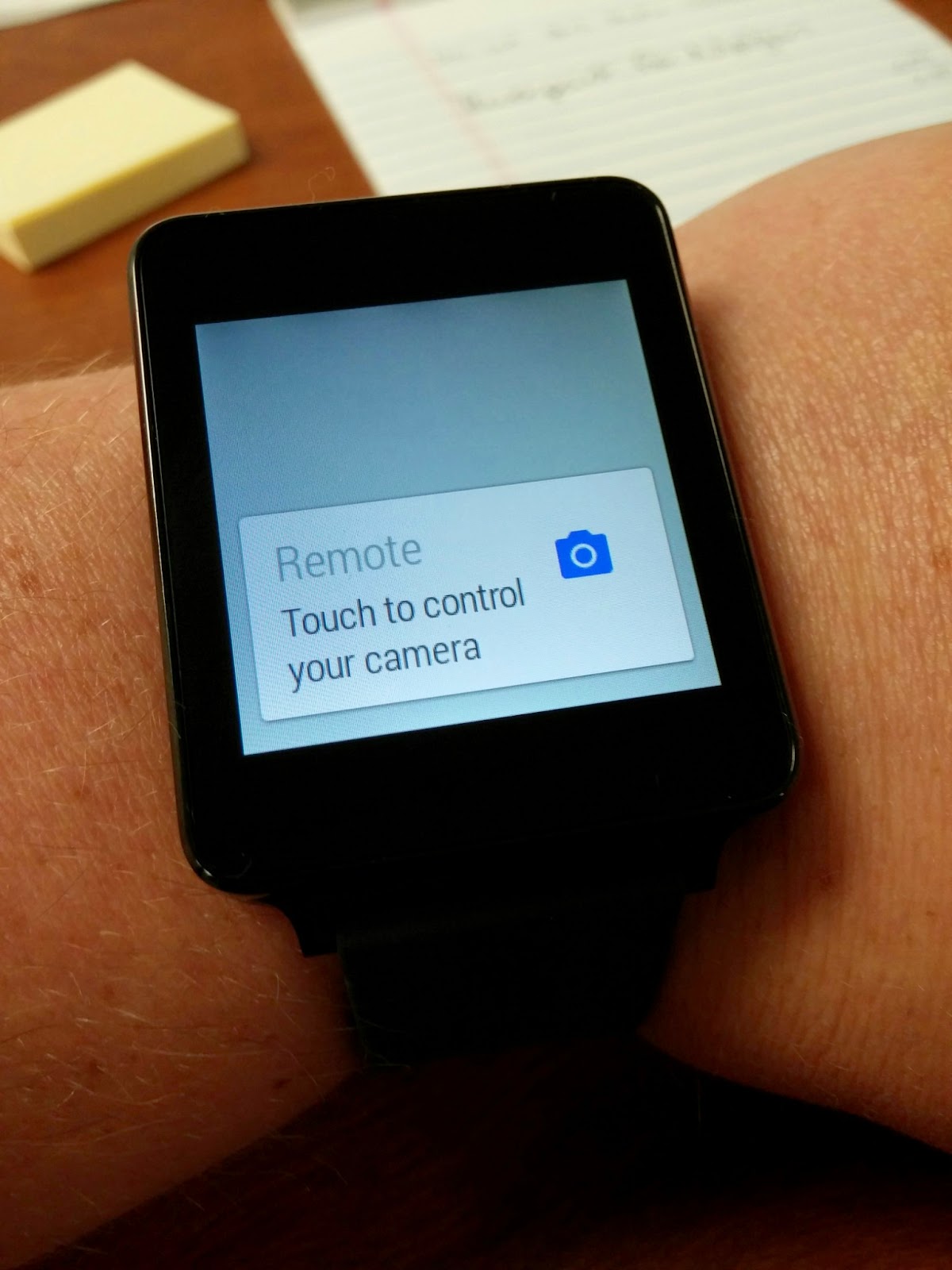 My next steps are to just scroll through the apps listed on the Play Store with Android Wear in the search to see what I can do, like custom watch faces, and other apps.  So far I've got the calculator installed.

And to run the calculator I can either say "Start Calculator" or tap the background, and scroll down to the bottom to "Start" and then choose the app.  I wish there was one window with the apps instead of that.

Anyways, ... that's my initial impressions.  Do you have one?  What have you done with yours?