Buying a used phone? Protect yourself and check to see if it's stolen first

Posted by Ryan Moore on September 26, 2014
Try Googling "Android" and "your city", you'll see most likely the first several hits are usually Kijiji or ebay ads.  I check now and again, just to see how this website appears in searches (it doesn't do well... I need to fix that somehow).

But as you look at the phones being sold, and as I've been asked by more than a few people for recommendations on phones.  Most are buying used as the prices for new plans are going through through the roof, so they're keeping their old plan and just buying a new'er' phone themselves online.

Buying from Kijiji, ebay, Swappa or Craigslist is an experience in and of itself.  You sometimes never know what you're about to get.  +Tom Gray had written a piece "Maximizing Profit When Selling Your Phone", and he has some tips about what to look for when buying as well. All good stuff!

So what should you keep in mind in this day and age?  I write this as in the past year or so since Tom's article the creation of a national 'blacklist' has now occurred.  This is now an invaluable tool if you're looking to pick something off someone you do not know.

Essentially, if you're thinking that the person selling the phone is a bit dodgy, or is super under priced, then you might want to check out this tool... or check it out in general.

The CWTA has set up www.protectoryourdata.com for you to plunk in your phone's IMEI number and determine if it had been reported stolen.  When you meet the person to purchase, and I always recommend meeting someone public; coffee shop, etc..., look at the phone and get the IMEI and put it into the website here:  http://www.protectyourdata.ca/check-the-status-of-your-device-in-canada/ 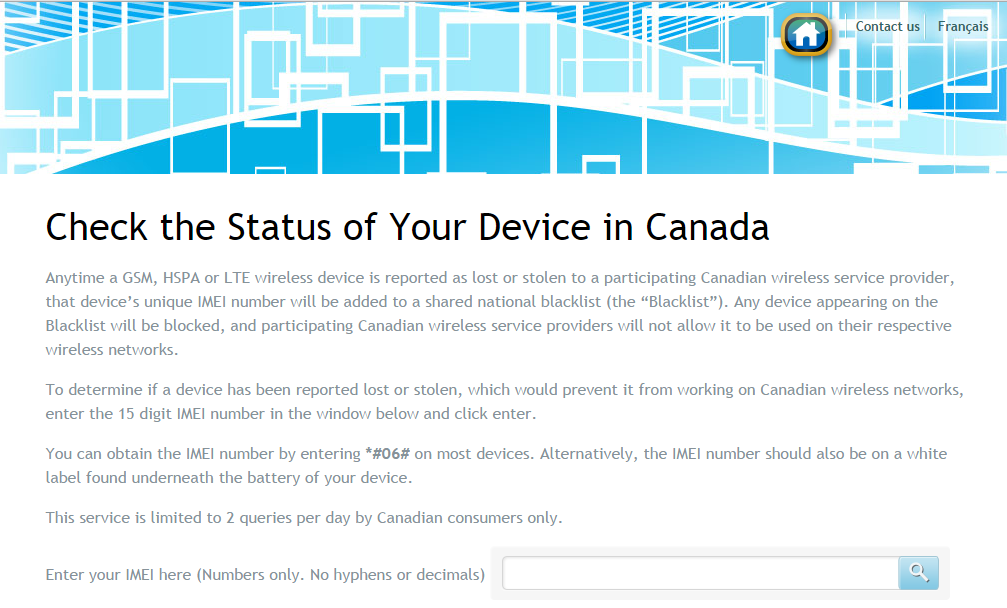 They may try to give you the IMEI that's on the box... I wouldn't trust that.  Get the IMEI off of the phone's software itself.  I've seen instances where it can be changed.  To get that number go into the dialer of any phone and punch in *#06# and then you'll be presented with the phone's IMEI.  Plunk that into the website to see if it's still good.

You could also take your SIM out of your current phone (if you have it, or if it was lost itself, go get a SIM made by your carrier to take with you to the meeting).  It has been told to me by several carriers that as soon as a phone is reported stolen, that IMEI will not communicate with a tower.  So, if you put your SIM in and try to make a phone call and it doesn't go through, that's an indicator.

Now, a caveat here.  Just because the national blacklist doesn't list that phone, it doesn't mean that it's 100% legit.  It could be that it still hadn't been reported by the owner yet.  If you're unsure, you could wait a day or so - but to be on the safe side, get everything you can from the seller.  Their name, phone, email etc... keep everything.  Unfortunately if it is stolen, you'll lose the device (you've bought stolen property), but it'll help the police catch the person at least.


Taking this little precaution in the most parts is unnecessary, but for that 1 in 100 or even 1 in 1000 chance, that it could burn you... a minute on a website will help prevent that.

There's more to be wary of when buying used, condition, minutes used, camera flash life, etc... but that's for an entirely different conversation all together.