TouchPico - a Smartboard for the home (and else)

Posted by Ryan Moore on August 19, 2014
So it's nearing the 'back to school' time.  And for those of us who have taught in the schools you'll know that Smartboards are pretty well taking over the classroom.  Even many offices it's everywhere.  They're nice - project a screen, and interact with it. 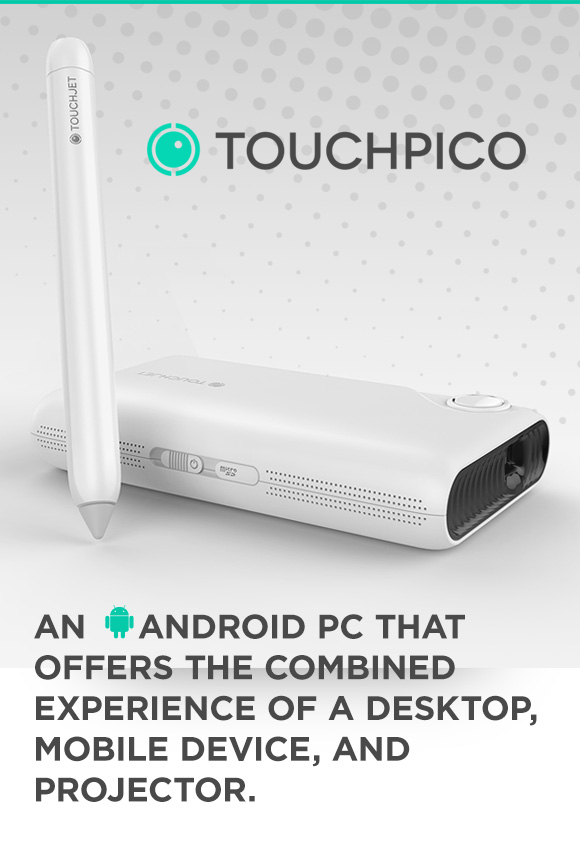 But that's old technology and it's ever adapting.  With 'casting' there's plenty of newer options starting to emerge.  This new one that came across my inbox today "TouchPico" is very cool.

TouchPico is a little pico projector that can work on up to 80", it is paired with a phone as the source of the imagery and then comes with a stylus so that you can 'touch' the projected image.  No fancy 'board' needed.


That's very cool.  I can see HUGE options for this in the schools.  Business folks who were thinking of bringing laptops and projectors can just bring this and their phone.  WAAAY smaller.


At more than half a million in funding already it looks like it's going to be a great new thing.  They have some perks at $380 (USD and add $30 for delivery for us Canucks) for an early unit!  Retail for it would be about $500.

I'm going to throw this idea at my boss and see if we can't update our Smartboard (it's starting to become outdated).  There's definitely a lot of potential here!

Source:  TouchPico Indiegogo
[note, that there's a referral attached to the link that will let them know I referred you to the campaign... If we bring enough campaigners we may get one for free to give away on the site]