My OnePlus One experience [Ryan's story]

Posted by Ryan Moore on August 07, 2014
So ... after much debate and hate over the Invite System that OnePlus has for their One device, I was able to get myself an invite thanks to +Tom Gray and ordered a 64GB version. 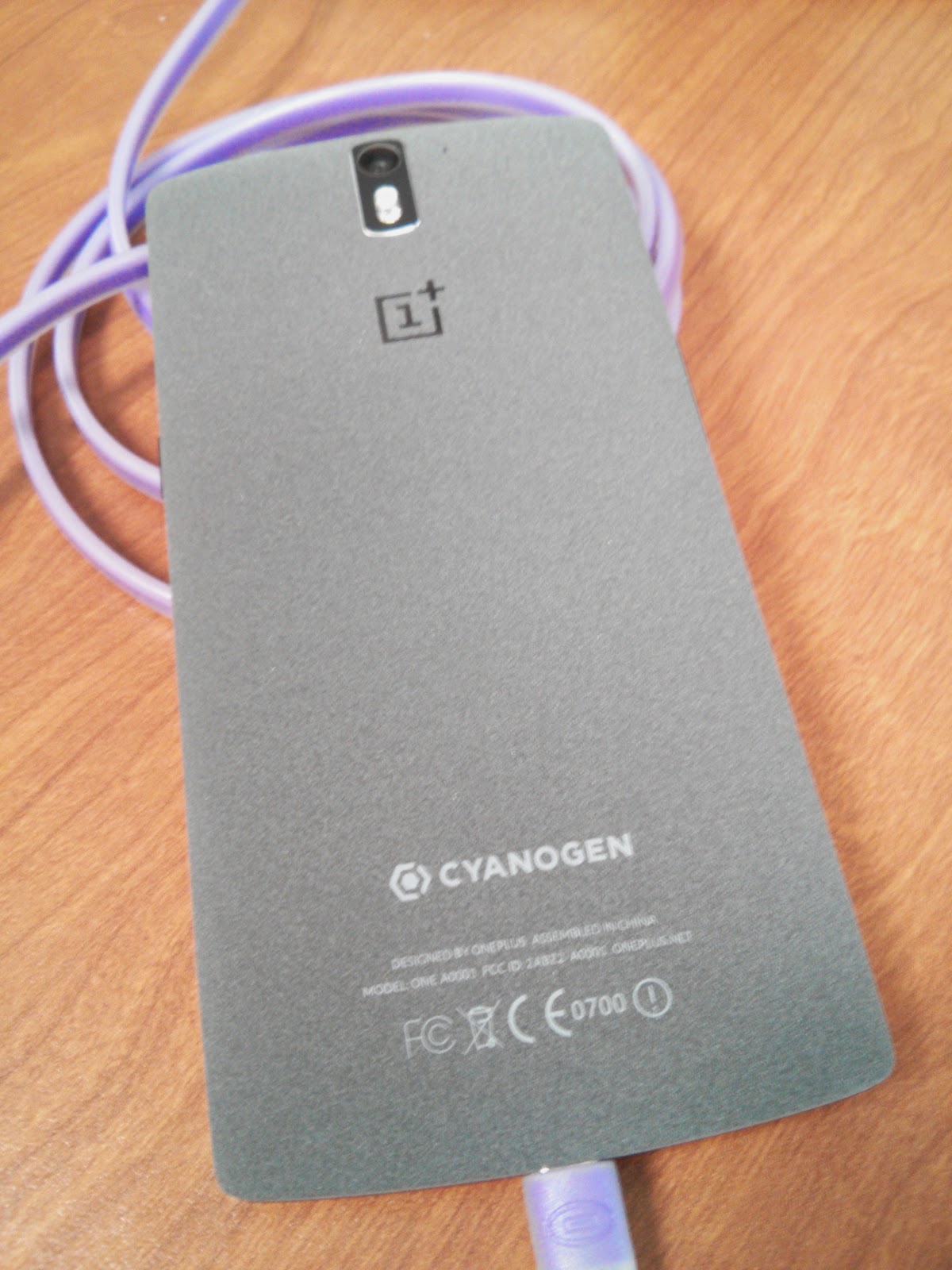 On paper this is an amazing device.  For me the biggest thing was that it was 64GB... I knew 16GB was not going to cut it anymore.  32GB was just right... but you never knew.  But let's take a look again at the rest of the stats:


It's rivalling even some of the flagships that just came out now.  For many a big pull is that it's running Cyanogenmod.  Sure the Oppo line have had some form of CM for their phones, but this is the first phone to be MAINLY Cyanogen.  It's been a while since I ran that ROM, so it was going to be interesting.

Note, this is my experience ( +Ryan Moore ), +Sylvain Le Bourhis also picked one up and he really likes it.  Let us know if you'd like to see is 'square off in the Coliseum' about our experiences.
First let's tackle the yellow issue. 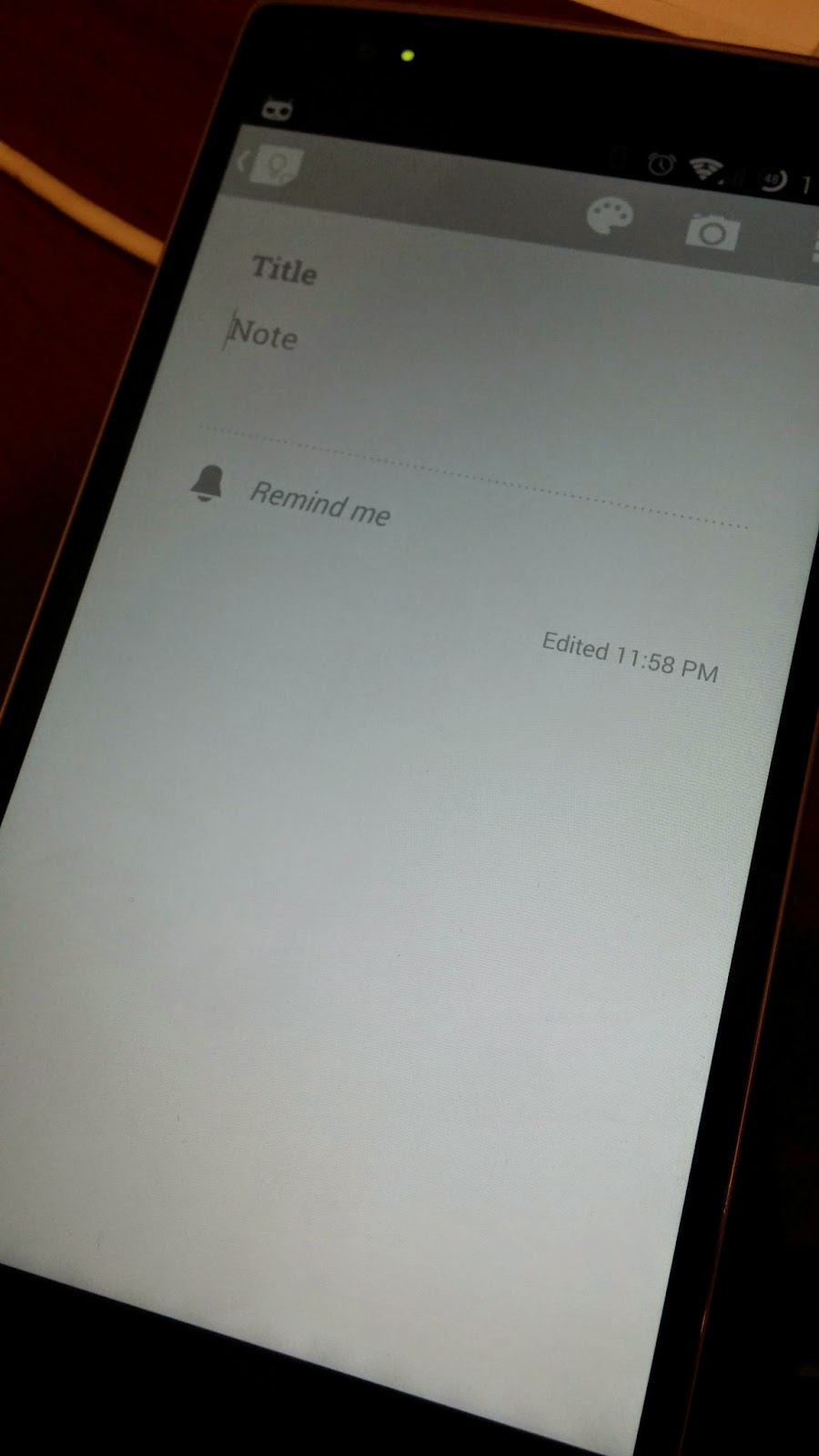 Does mine have it? ...I think so.  Is it terrible?  ...No. Should it be there?  ...No.  For the most part it's just a darkening or a hue change in one area at the bottom.  Once you see it you only see it.  But it's only there on WHITE parts of the screen.  I tried getting a close up shot of it with my macro lens but it wouldn't show up, no matter how I adjusted the white balance.  But on a full screen shot you can sorta see what we mean.

It's not something I'd send back to the manufacturer for, but c'mon.  They say a fix is to put it in the UV for a while to cure the adhesive.  I take my phone out for over an hour a day in the bright sunlight for my walk, and it's on that entire time for Ingress... it still hasn't lessened.

Now on to the rest.

But for those of us in Canada you have to watch.  $350 + shipping and then converting that to Canadian funds it's about $417.  Then depending where you are in Canada you'll pay duty rates.  For me with DHL it was another $60.  So quickly the $350 turned into just under the $500 mark... now we're in the realm of getting a flagship phone.  Hrmm... but there are other points than the price. 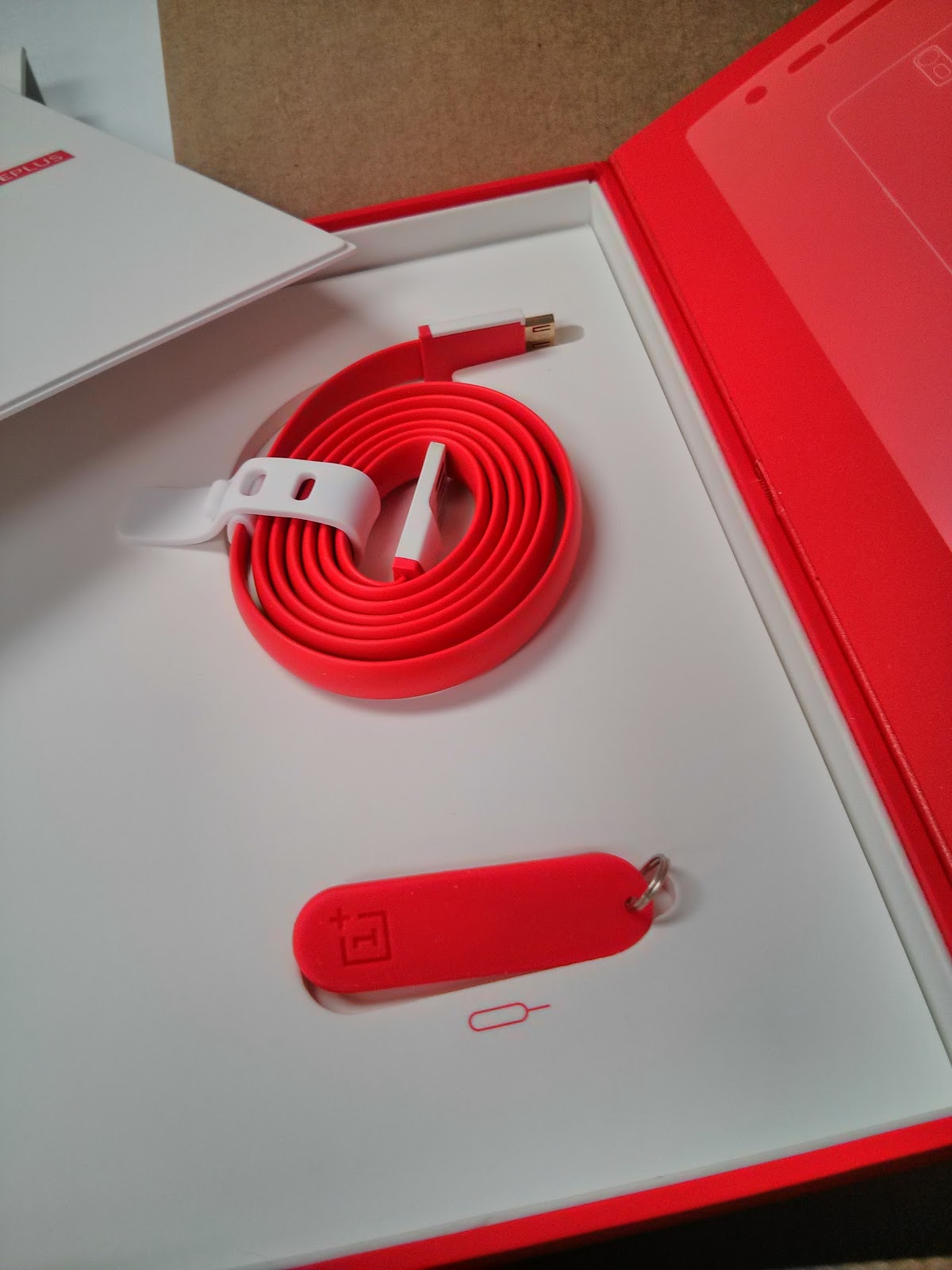 When I got it, I have to say I was impressed.  The packaging was amazing.  Great packaging.  Something they obviously put some time and effort into.  The box, how the cord and accessories are all put in there.  I've heard that Apple puts a lot of thought and design into their packaging... in comparison an iPhone boxing is a pile of shit.

Just look at that SIM removal tool... it's own rubberized holder.  Overkill... but attention to detail.

It's big... sure I've used a Note 2/3, etc... but this feels bigger.  It's the design where the display is 'mounted' above the frame, and the frame juts out above and below the device.  Thankfully the power and volume buttons are still at finger distance from the bottom and not all the way to the top.

The back feels cool... like "Mossman" from He-Man era (how many of you remember him?).

I also notice that I got too used to oleophobic coatings as this thing collects fingerprints like crazy (or am I just a greasy fella?).

Let's turn it on.

It's got physical buttons or you can have software buttons (and then the chin buttons lay dormant)... I can't decide which to use as I go back and forth.

It's got an update as soon as I ran it, so I didn't really experience some of the bugs others have that they said they had previous to this update.  But then it gets me thinking about how often we'll get updates.  Cyanogenmod is known for timely updates and not just timely, but allowing nightlies... there are no nightlies for CM11S ... so time will tell how often it will get its updates and for how long.

Then you realize that unfortunately this device isn't rooted... I get that.  But it's not even bootloader unlocked.  I found this out too late.  I'm actually just getting into putting on a custom recovery now

Outside of that CM11S is neat... it has most of the features you'd expect.  I really like the opportunity to record my screens for reviews.  Weird that there's no cast screen option... I liked being able to do that on my LG and Nexus devices.

About a week into it I started to get some issues with the touchscreen not working.  It would need to be rebooted, or have the cache wiped, but even sometimes that wouldn't work.

I emailed customer service and had no response for about 4-5 days.  I put in another request and 2-3 days until I got a response.  I'm now at 2 weeks and therefore apparently no longer available for a refund... but we didn't even get to that point . The customer service was essentially "do you have a custom ROM... sometimes there's issues if you turn on the lock screen gestures turned on".

To be honest, I'm flabberghasted at that kind of response.  "Oh, that feature we built into the phone... it can have issues"  Reeks of the "it's a feature" or "you're holding it wrong" kind of scenario (and I had even turned those features off before I had the touchscreen issues as I never used them).

I've responded again a few times since that and haven't had a response since.  I was willing to get a new unit, but with how I'm being treated I just want my money back now.

There's bugs in the software... nothing terrible.  Nothing worth even mentioning (although today I'm having weird GPS issues, where it was flawless for a long time), but put together all the many little issues I've had it adds up to a not-so-great experience.

But that's just my experience.

I feel I owe you a video, but it'd be rather short, and I'm in the grips of seasonal allergies, so you probably can't understand much of what I'd say.
one OnePlus Phone Review