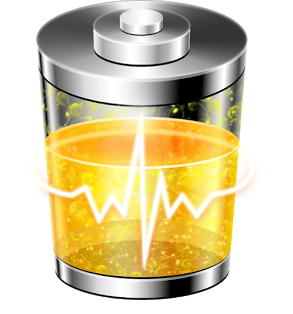 We've all had times where we would of like to have that extra edge of power and it just slips right through our fingers and there's no wall plug around, computer or even a portable battery charger.

Believe it or not, most of the time when I'm around people they have no idea that a portable battery charger can juice them up and even less about an extended battery case. Why wouldn't they be aware? People that tend to use their devices just as that don't think beyond that.

Is this really it? Of course not! There's other options for people out there and they just make sense to use them.

Beyond what I listed, there's some apps on the Google Play Store that may interest you to try and one them is Deep Sleep Battery Saver there's also the Pro version that allows you to tailor it to your needs.

I'll give you the short version of what this does. The aim is to provide longevity of your battery by turning the WiFi, data, sync off while the screen is off. In the preset it will then turn these settings on intervals and allow to sync so that you can get the information you need. This allows you to get your email, notifications, etc. This doesn't impede on the ability to use your phone or text messaging. As long the screen remains on you'll be connected and synching will happen normally. Once the screen goes out, the system will trigger turning off your WiFi, data and sync allowing for a prolong use of your smartphone by then sending it into a deep sleep if no other events are being triggered.

A big question that comes up often with this type of application is: "Does it really work?" The answer is yes. Why? Think about it, if your WiFi, data and sync aren't on, your phone isn't using the power to scan, keep it on and transfer data during that period of time. So effectively reducing the use of the battery.

** Please note that using automateit and Tasker with it can cause issues, especially if you're having WiFi, data and sync activate for whatever reason, if the app detects that they've been triggered ON by anything other than itself it will assume the user did it and not continue the cycle of turning on and off. Preventing the app to function as it was intended. **