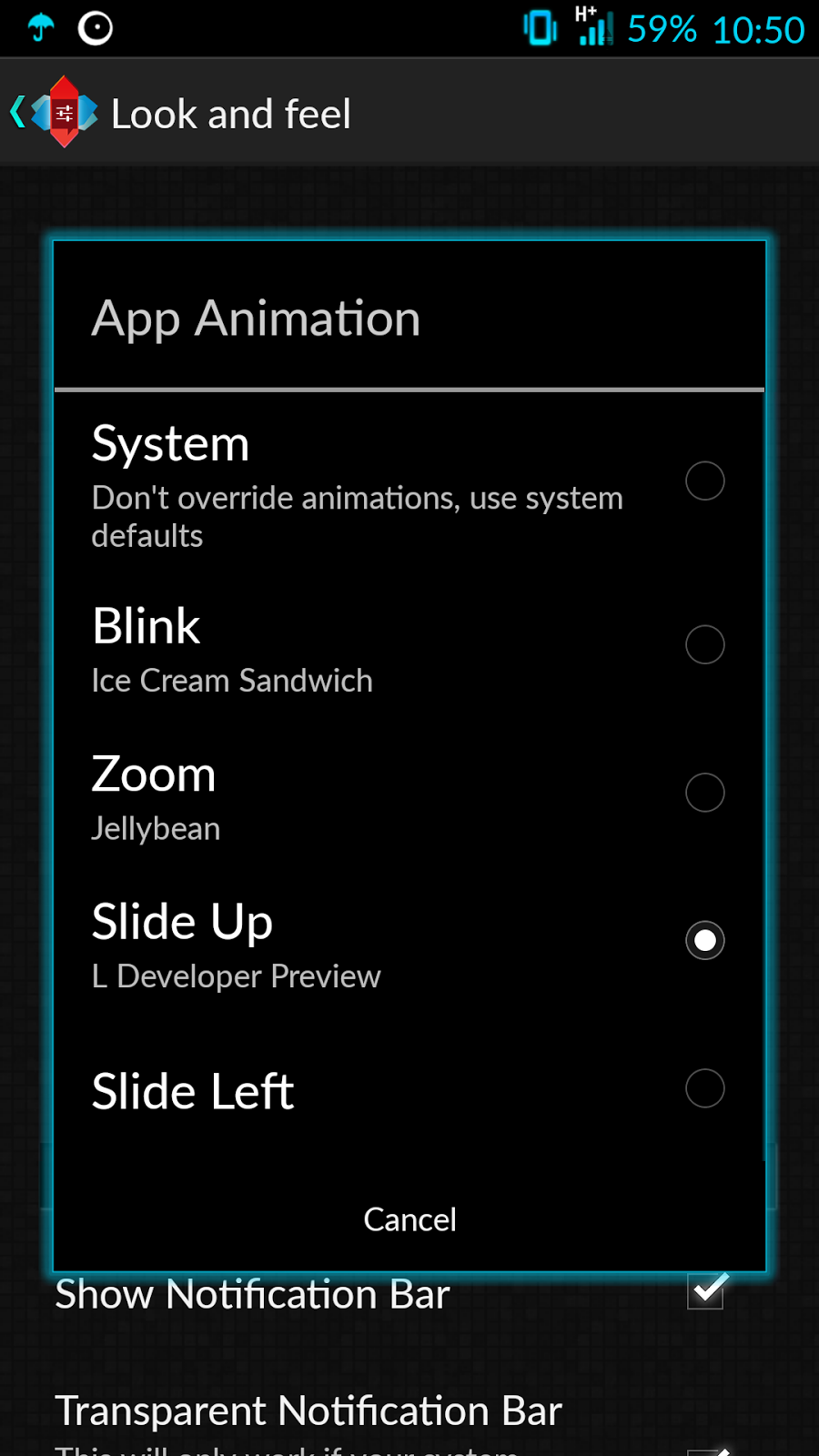 Since we've been shown the L preview during Google IO some developers have been hard at work to bring in some of those features for their app. The developer for Nova Launcher has just done that with a few previews in the beta release.

The app animation Slide Up does just that when you launch an app from either the home screen or the app drawer and slides the app on the screen from the bottom.

One could say "FANCY" but you have other options if this isn't one of yours. 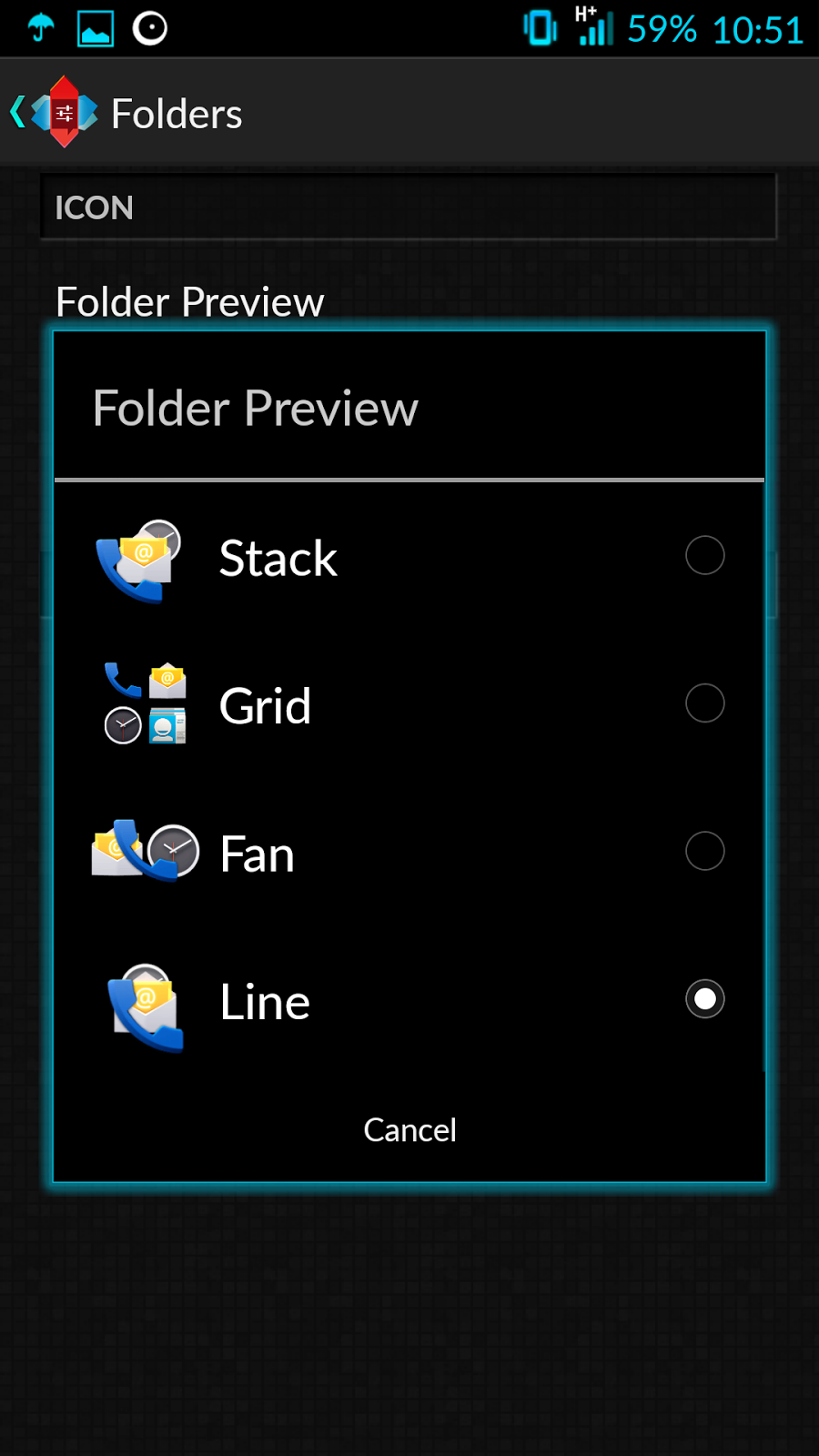 If we keep looking at the other changes in this release you'll notice that the folder icon stack can now be "Lined" for a different look.

One other element that was introduce was the built-in icon for the App Drawer, 3 different styles to choose from. This is it for now. I for one am looking forward to seeing what else the developer will introduce in their next releases.
home screen replacement Launcher Nova nova launcher