Posted by Ryan Moore on June 25, 2014
It's not been a great secret that I've been really liking the LG stuff as of late.  G3 will be my next phone... G Watch will adorn my wrist... 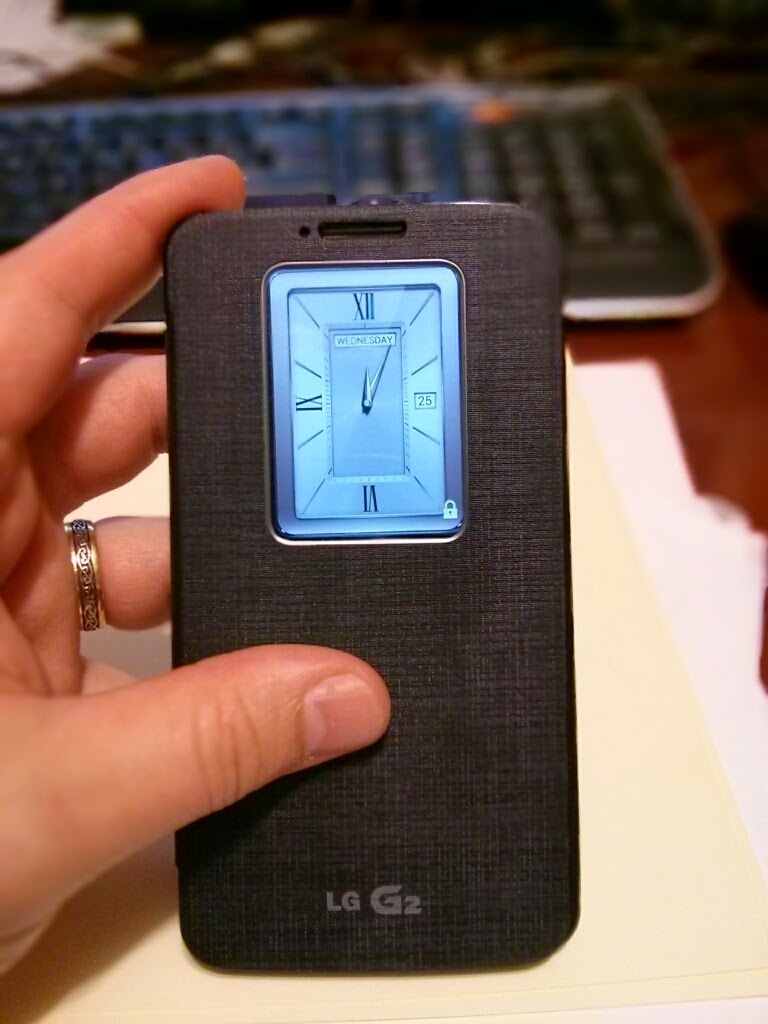 Some great stuff.  So if you've got a G2 and want to protect it, but suddenly have a huge bulky device, you should try the QuickWindow case.

I usually abhor flip cases... I used to love them.  For my Palm units.  But since the advent of the rear camera, the flip covers it up so you have to hold the device like some weird book to take a picture.

But with the QuickWindow it leaves that area open in the front flap so that when it's folded back it doesn't obscure the camera.

It also allows you the option to now have a quick peek into your phone and some notifications.

The flip also houses a tiny magnet, which the phone senses to know when it's closed or open.  It's nice being able to just open the case and the phone just comes to life.  Flip the case closed and it turns off without having to find the power button.

The window also provides you with 3 screens:  a music player screen, a weather widget and a time piece.

Unfortunately those are the only 3, and they don't let you customize them (I was really hoping for some battery %).  The time piece option has several 'faces' you can choose from.  You can watch my video to see the options.

What's really nice is that you can still double tap the window to bring up the display.  The only downside is that I find that after a while in my pocket the little window can get a little dirtier than what's under the cover.  Nothing a quick wipe won't fix.

Aside from music playing (which unfortunately I don't use as I use Google Play Music) you can answer your phone from the little window too.  So it becomes pretty useful. 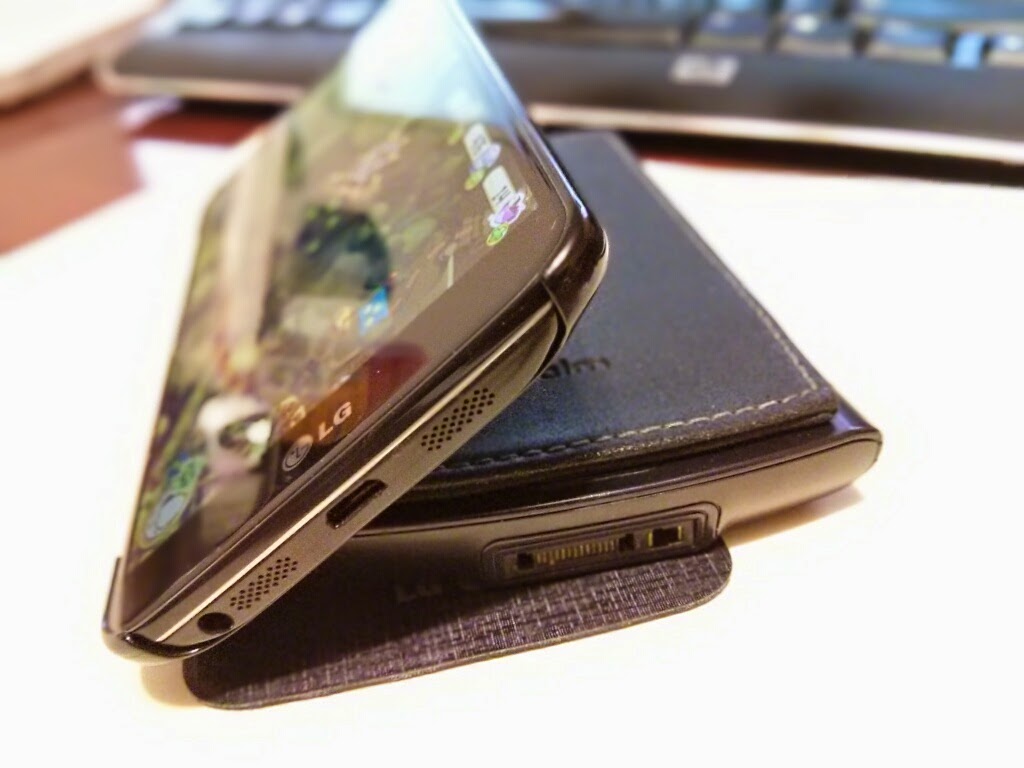 And the flip part?  Well, find yourself something to put behind the phone and it becomes an impromptu kickstand to play some Angry Birds.  This is how my device is usually found while on my work desk (not 'playing' of course... I'm working!)

Overall... definitely worth the buy.  It might be a little expensive at $50, but compared to other cases out there, it's not going to make it super bulky and it will add some great OEM features that you won't get out of cheaper models.