It's inevitable; the feature phone is dying.  Many carriers are looking to rid themselves of the CDMA network, and with that many feature phones are going away.  Most of these carriers are pushing folks towards newer devices, and no longer just flip phones.  They're even offering 'smartphone lite' phones.

Sure, it's probably a 'gateway phone', to get people used to using smartphones and eventually get higher priced plans... but I think it's the eventuality that flip phones are the new dodo.

See the infographic that Motorola has supplied to the right.  Prices of smart phones are going down. 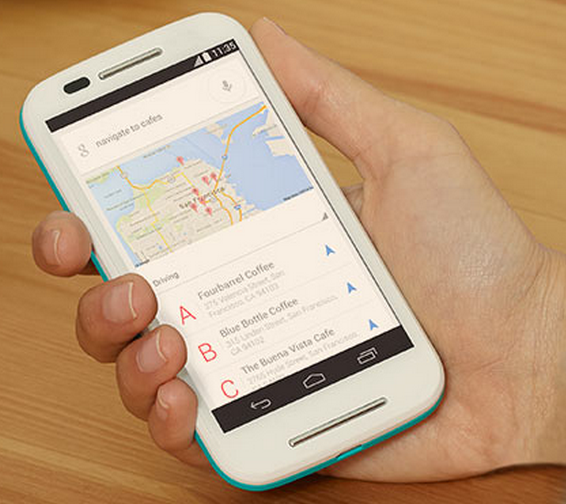 Case in point; the brand new Moto E.  There were a ton of rumours out about how this was the 'economy' version.  I wasn't sure how much lower they could go from the Moto G.  I liked the Moto G. I've just loved how Motorola has gone after that market point of 'specs aren't everything'.

There's a lot of folks who are just buying top-end, flagship phones.  There are others who aren't.  They don't want a flip phone anymore, but don't want the high end.  The G and E are set perfectly for their needs.

Here's how the Moto series stacks up.  (I've also put it together on our database so you can compare to other 'lite' phones, like the Ace 2X, or mini series)