Posted by Unknown on April 22, 2014
Hot off the heals of the US announcement yesterday, Sony Canada has announced that Canada will be receiving the sveltey 10.1" tablet on May 5th, one day later. 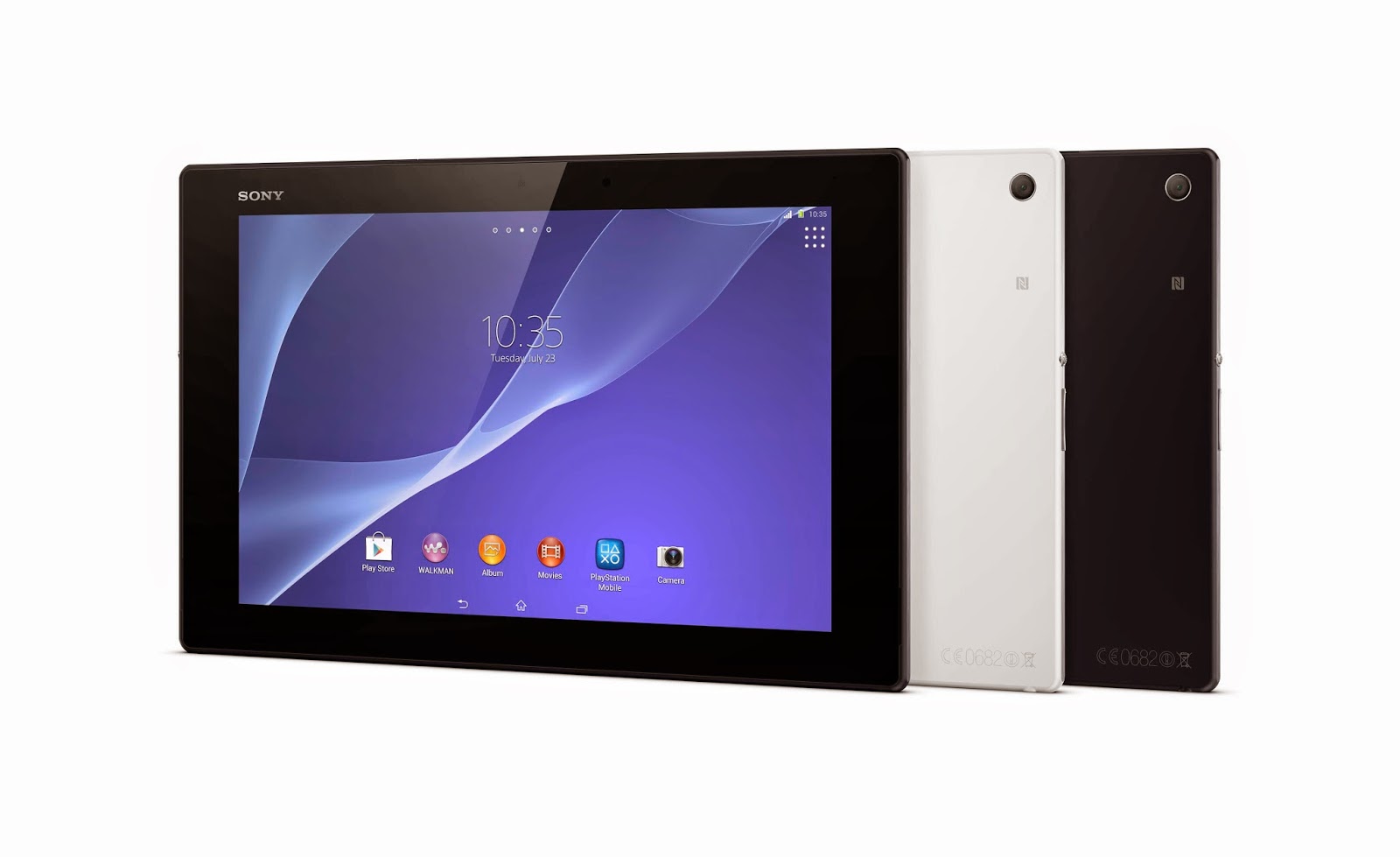 The Z2 tablet follows in the footstep of the Xperia Tablet Z from last year, the often overlooked offering by Sony. The Xperia Z2 Tablet keeps the same form factor, but trims down on both the thickness and weight, making it the lightest and thinnest full form tablet on the market. It won't be easy on your pocket book though. The 16GB version comes in a bit more expensive than it's US brethren at $529.99, but the 32GB comes in line at $599.99.

The new tablet comes with a 10.1" Full HD Triluminos display with Live Colour LED, with a screen resolution of 1920x1200. This new tech is suppose to fix the infamous poor viewing angles found in previous Z series phones as well as increase the colour gamut. It will come with two forward facing stereo speakers and keep the famous Sony waterproofing. So for all you people who want to watch movies in the tub, this one may be right up your alley.

It will also come with the new Snapdragon 801 processor with 3GB of RAM. Included when you buy the tablet will be six movies via the video unlimited app, including Captain Phillips and American Hustle, 30-day free trial with Music Unlimited and 8 Playstation Mobile games.

You can preorder the tablet now online at the Sony Store or wait for our review and pick it up in store if you are interested. It will come in both black and white (sorry, no purple) for the 32GB model and in black for the 16GB model.