Samsung Releases the S5Zoom... I mean the Galaxy K Zoom

In the past Samsung has released a camera attached to a cellphone... or was it a cellphone attached to a camera?  Semantics aside they took almost their flagship device and attached a good camera to the back with some optical zoom option.

2014 is no different, except that they've branded this device now as a "Galaxy K" line.  The first is the K Zoom.


So what do you get? 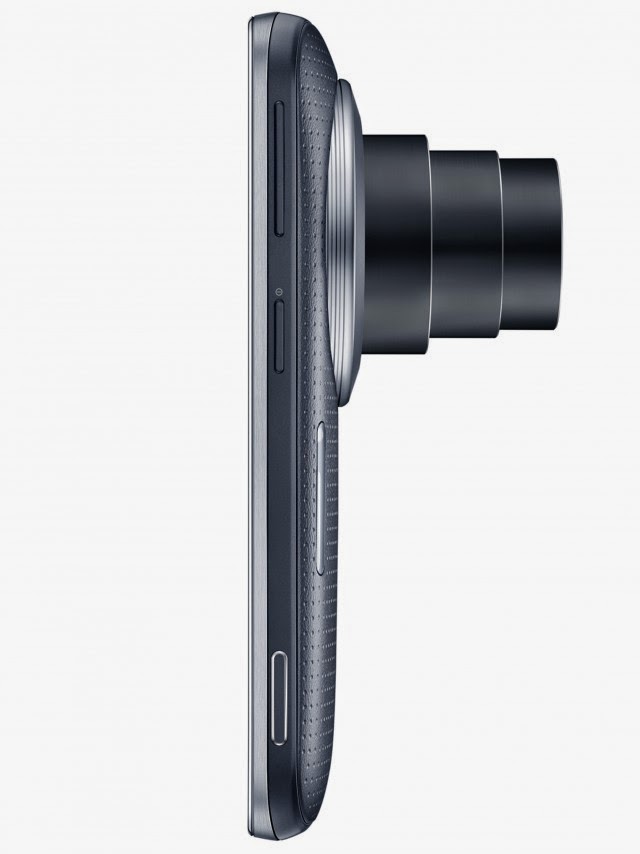 
Device
Camera-philes should like that sensor.  CMOS over CCD... that's always a heated debate.  But a bigger sensor is a bigger sensor.  Some might argue that the bigger size still has more pixels than a slightly smaller sensor, meaning that each pixel gets less photons... but that's a fight for the camera guys to have.

On the 'device' end, it's got some pretty good specs.  Nowhere near the S5, but that's not the point really.  I don't think you'd ever get a 'perfect marriage' of the 2.  This is for those folks that prefer to have a better camera than phone.... or depending on price, who just want a good camera that can act as a smartphone if needed.

I want to say +Tom Gray picked up the SZoom model... and he's enjoyed the quality.  I bet this will be even better.

Now... will we get to see it?  Chances are no... or so the bloggers out there are saying (Samsung's been tightlipped on it... no "NO", but no yes neither).

What do you think of this device?  As good as it looks I'm still in the camp of wanting to get those detachable lens accessories like Oppo and Sony have.