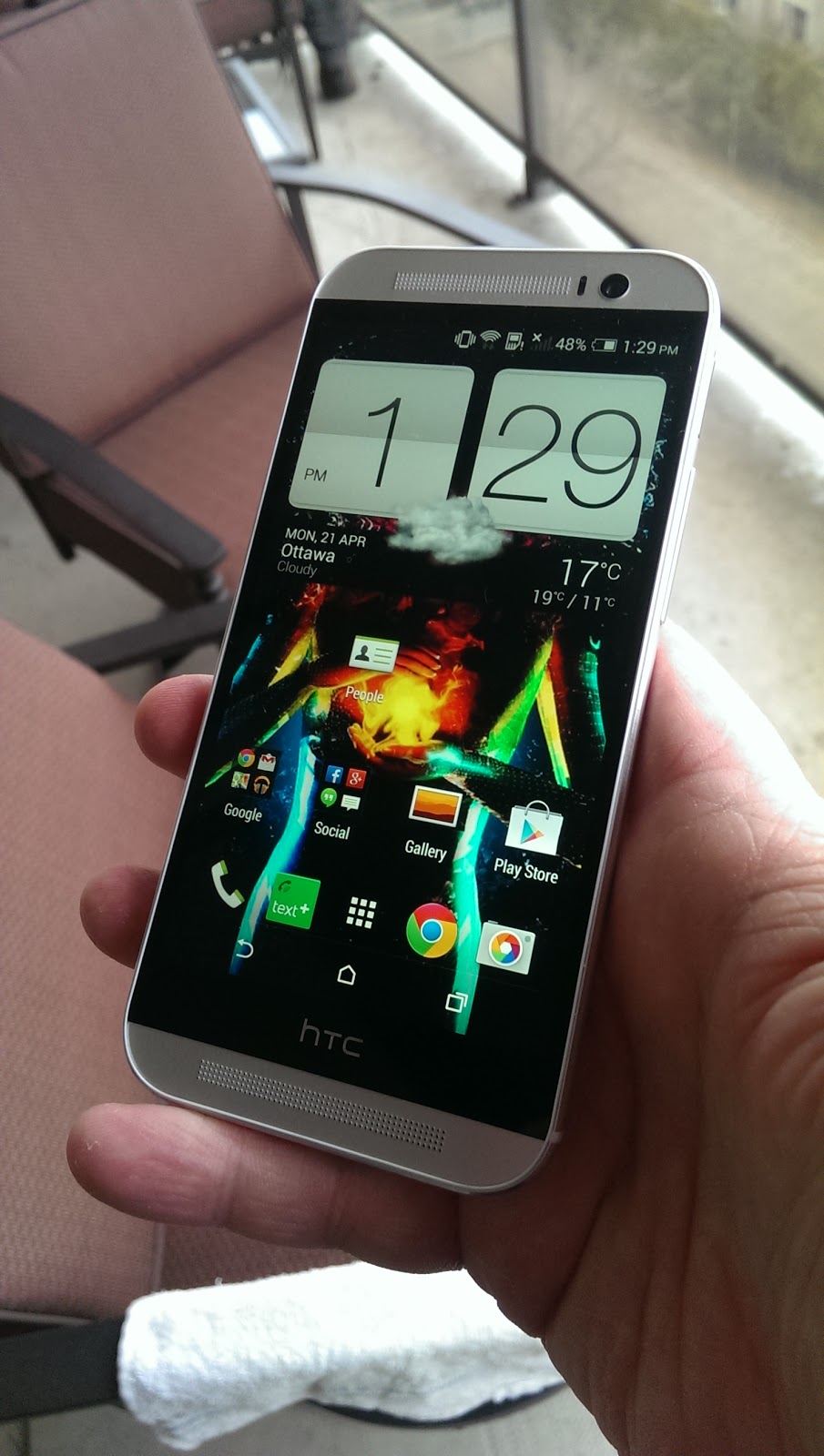 Coming up with interesting and fresh new phones for companies lately seems to be getting harder and harder. With all the choices with designs, components and being the best on the market can really be a pain.

Everyone wants to be at the top of the list and be known as the elite of the bunch but quite frankly it's hard.

The HTC One M8 that Rogers graciously provided to me to review is the latest flagship from HTC. It's built on top of it's big brother the HTC One which had great success and was name the phone of the year at MWC.


HTC wanted to be able to go head to head with the toughest of the brands out there and that seems to be Samsung. With that in mind they innovated on top the original HTC One and came out with what we have today. Featuring a premium design and packing a powerhouse inside.

Now here's from a personal perspective of what I think. I'll summarize my own experience. I have the HTC One and I personally haven't seen much difference in the operation of the HTC One M8. Now there's some changes in the device and there's no doubt about that.

If you want to read about my first impression check it out here.

We have the super LCD3 screen, the dual camera in the back which provides depth of field, the 5 mega pixal front camera, the 90% metal uni-body and a microSD card slot capable of 128GB in size on the side. These are some of the things you can see just by holding it. If you look under the hood of the devices,  you'll see a powerhouse, the Snapdragon 801 processor and 2GB of ram. Now this may not mean much to a lot of the people walking into their local carrier but it means quite a lot to some of us.

With a 2600mAh battery, which is an upgrade from the 2300mAh that the HTC One had, the HTC One M8 should pack enough power to get you through your entire day. What if I said that it doesn't? Well it doesn't, by the time I get to 3PM in the afternoon I need to get it charged. WHAT? What's wrong with it? There's nothing wrong with the battery, I actually use the device quite a lot and I'm a power user.

I would of like to see a battery closer to the 3000mAh, it probably would of made more sense to me.

HTC made a big focus during their reveal about the dual camera that the M8 sports. Let's forget about megapixel for a moment and focus on the fact that this is a 4.1 Ultrapixel. Is it a fancy word for anything? Maybe, maybe not. But what I tell you is that it does take great pictures. The dual camera is use for depth of field for creating professional photos where you would have  your subject in the foreground clear and visible while the background would be blurred.

Among those possibilities, are the Zoe mode, 360 Pan mode, Selfies, HDR and all the filters to warm your hearth's content. 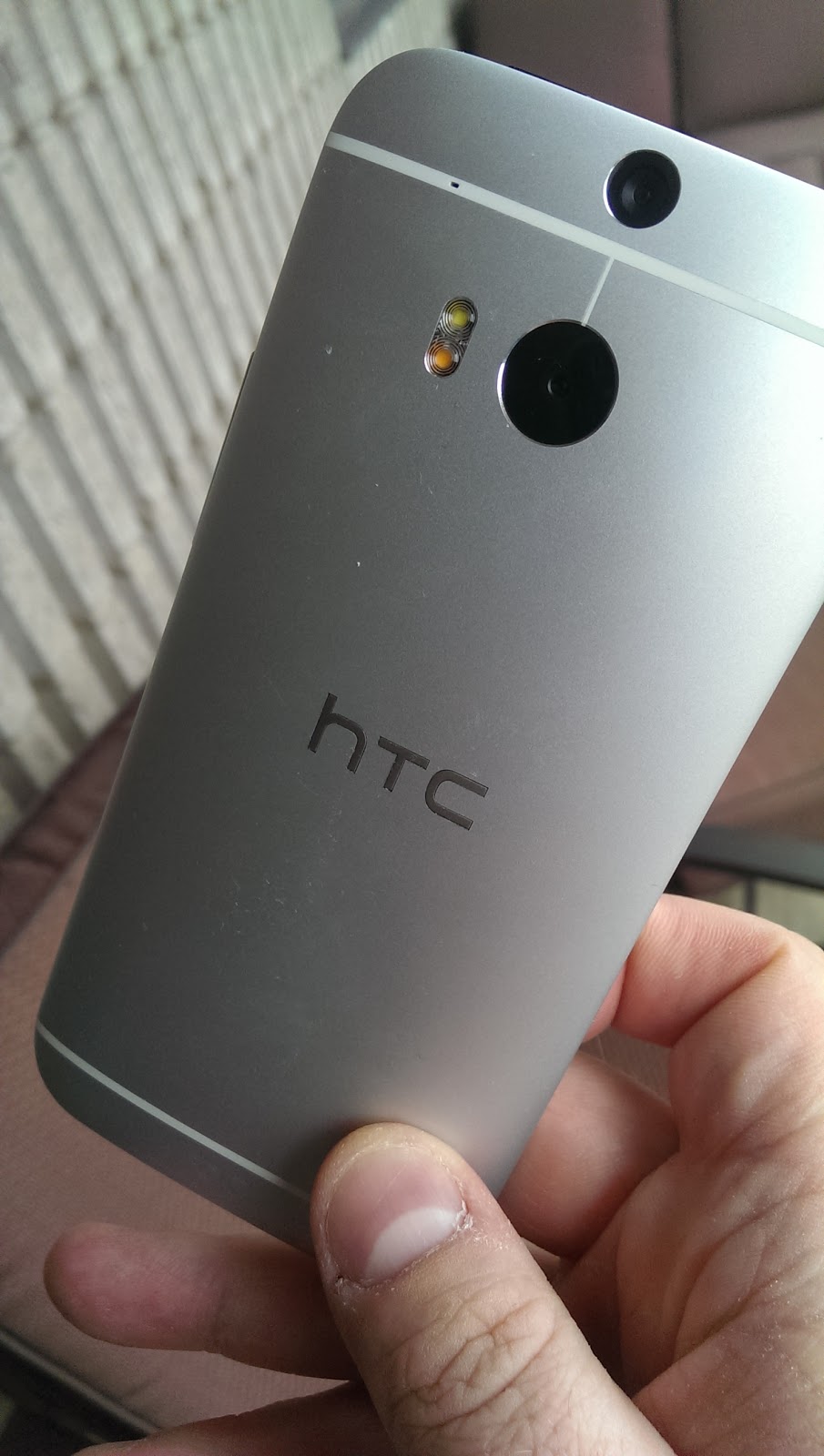 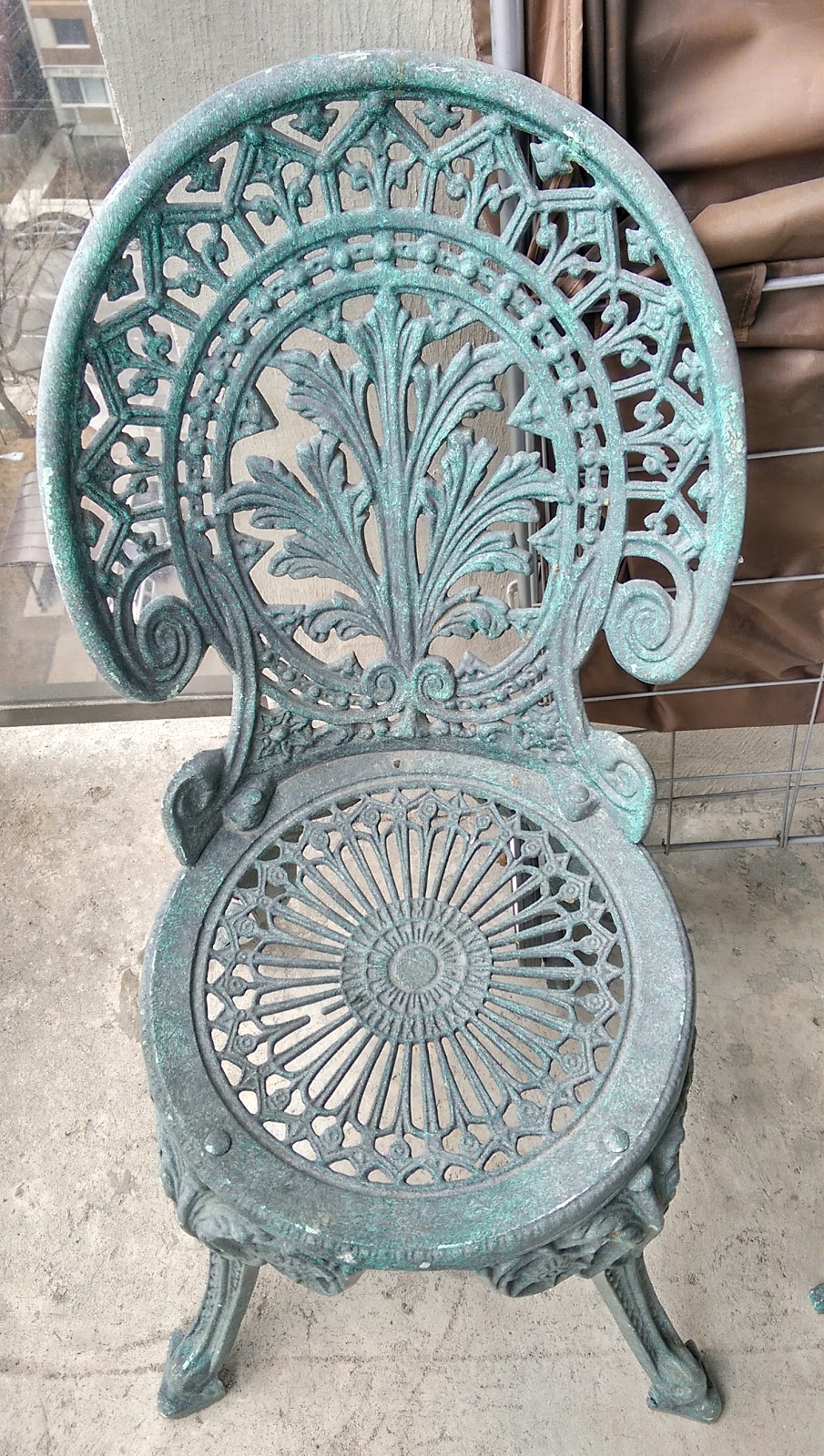 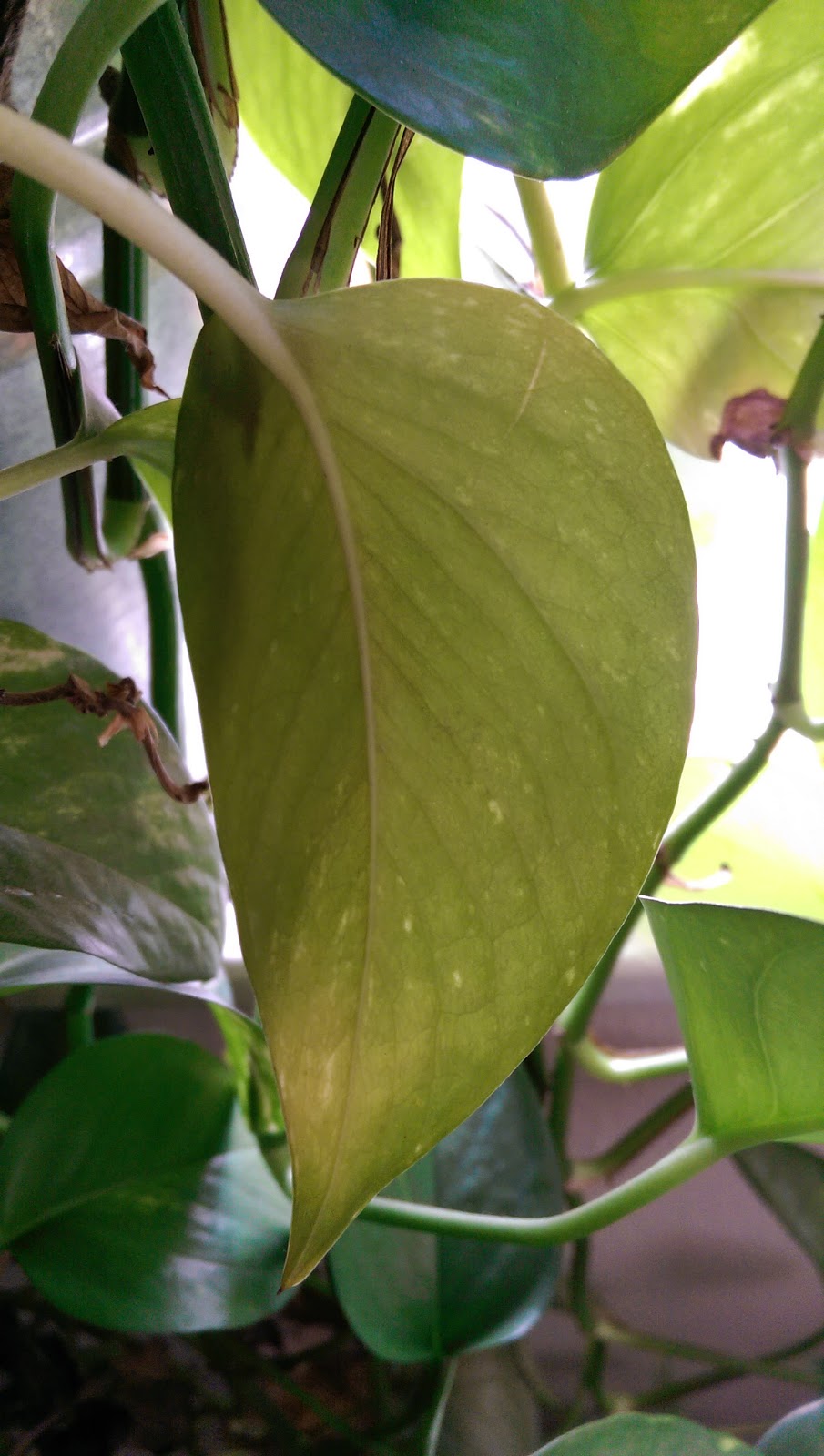 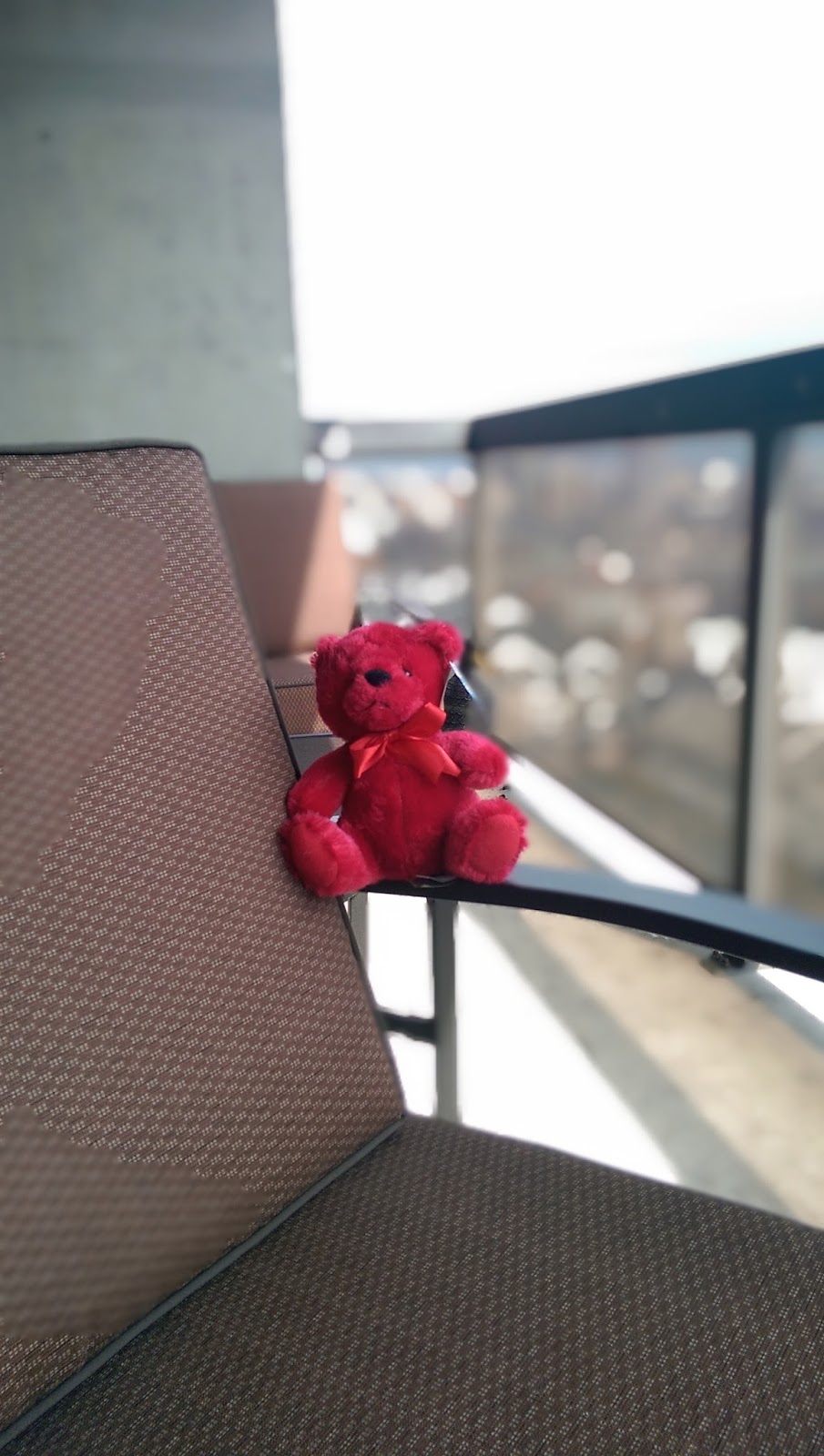 HTC has gone some majors changes to their front speakers to bring us Boomsound. It aims to be clearer, louder and more bass. It is said it's supposed to be an improvement from last year on the HTC One. I would like to disagree with that. Yes the sounds is clearer and louder, unfortunately the bass isn't that great. It almost feels like the HTC One M8 has the treble way to high. But again this will become a personal preference. It's great for watching stuff on YouTube and some other trailers and what not, but when it comes to playing music that does have bass in it, you may be disappointed.

There's been improvement to Sense with version 6. Newly added gesture features such as Tap To Wake, Swiping left to pickup the phone in portrait mode and swipe left to wake phone and launch the widget panel. Why not use the power button to end a call or why not add content to blinkfeed and get all the latest news you need?

I can't complain about how the M8 operates. It's fast, slick, no lag I've barely been able to reach my 2GB of usage capacity for the memory. My games I've been stellar on it. I've watched Netflix, casted shows to the Chromecast, been multi tasking and so on.

If your coming from a different brand then I highly suggest you grab the HTC One M8. If your like me and you've got the HTC One, you won't be missing much. Getting the M8 won't be an added bonus, it will feel as if you had the same phone. Keep in mind that the HTC One M8 does have a steep price out of the box, 699$ isn't for the faith of hearth. I wouldn't recommend going for a 2yr contract as in the end you end up paying more than the actual phone.
all new one htc htc one htc one 2014 HTC One M8 Review