How is the split of devices in Canada [comScore stats]

Posted by Ryan Moore on April 07, 2014
Oooh, I do love me some stats.  And seeing as my recent new job has me getting a little more of a ground level view of what devices are selling versus others.

That information will however be anecdotal... we're just one dealer, in many of just one carrier in just one town... well you get the idea.  I need more empirical data.

But which were selling?  By the OS, here's how it breaks down compared to the previous year: 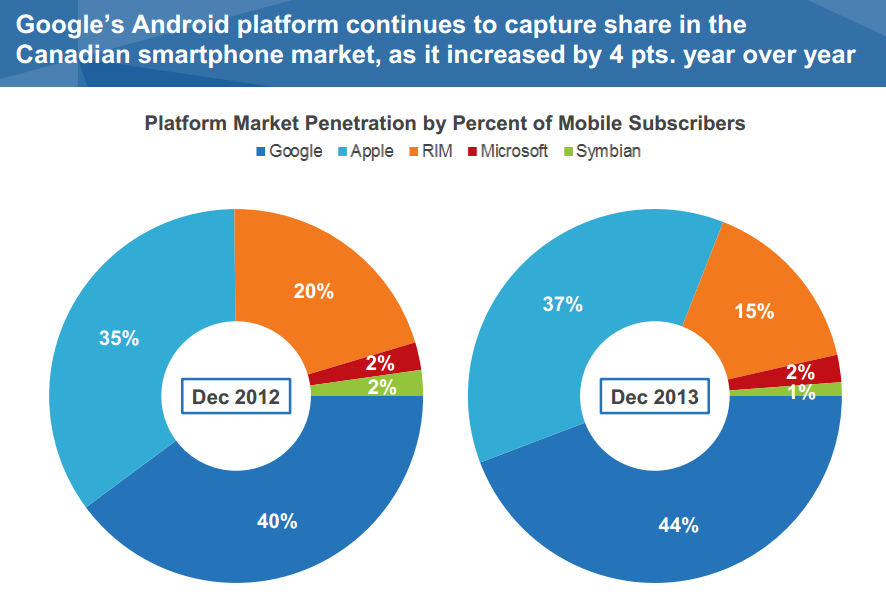 You see that Google has still a lead, but although they've increased from 40% to 44%, so has Apple (tho', not as much from 35% to 37%).  Most of that gain has probably come from the shrink in Blackberry sales.  And there's still people using Symbian?

comScore also gives you the insight into the tablet realm.  Despite some numbers showing that globally Android has a 62% marketshare - the Canadian realm isn't quite the same yet. 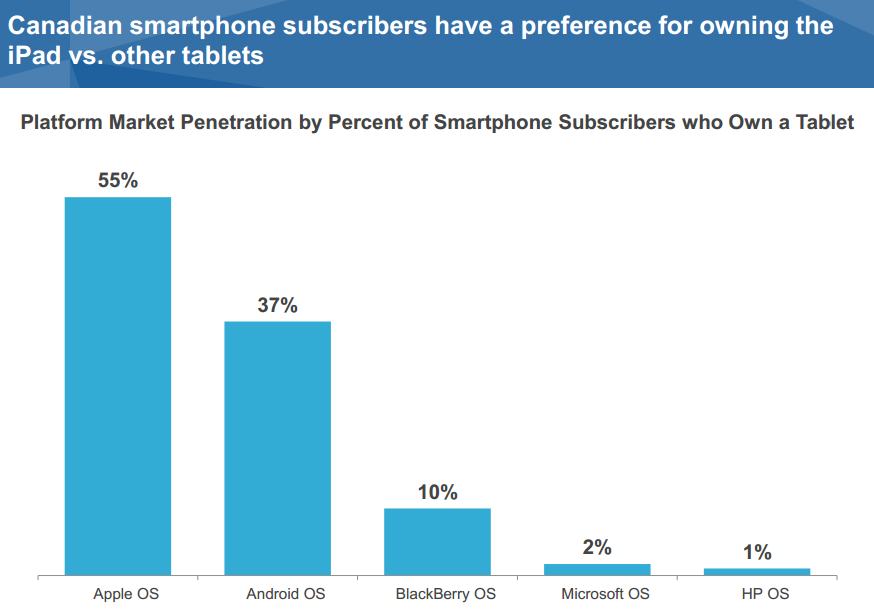 Again, maybe it's just me, but I literally see way more Android tablets than I do iPads... but then again I'm not your typical Canadian mobile user.

There's a ton more of stats and data if you want to check it out as it provides some good insights into our 'Canadian digital habits'.