Using Chromecast - check out all the Apps with Cast Store [review] So this is my #AppColiseum pick from the last week.  Not only is it awesome, but it's timely.  I'm just starting to see some folks on my stream post about how they received their Chromecast this week.  Canadians are finally getting in on the 'casting' game.

Now it's cool... send Youtube, send Netflix... but what else can you do with it?

Since the SDK has been released there's been lots of apps that have been included, and even more are coming out all the time...

How to keep on top of them?  Well, welcome to "Cast Store".
Cast Store is great.   Essentially it's like an RSS feed by the developer to keep track of any of the new apps that have come out.  He keeps them separated as to games and apps and different categories of each.

Browsing through the lists you can find an app and either directly install from the list (it'll take you to the Play Store), or click it to see mini description and then go to the Play Store.

You can discover "Dehumanize Your Friends" (which had to change its name from Casts Against Humanity) or if you find others, you can suggest them to him to be included. 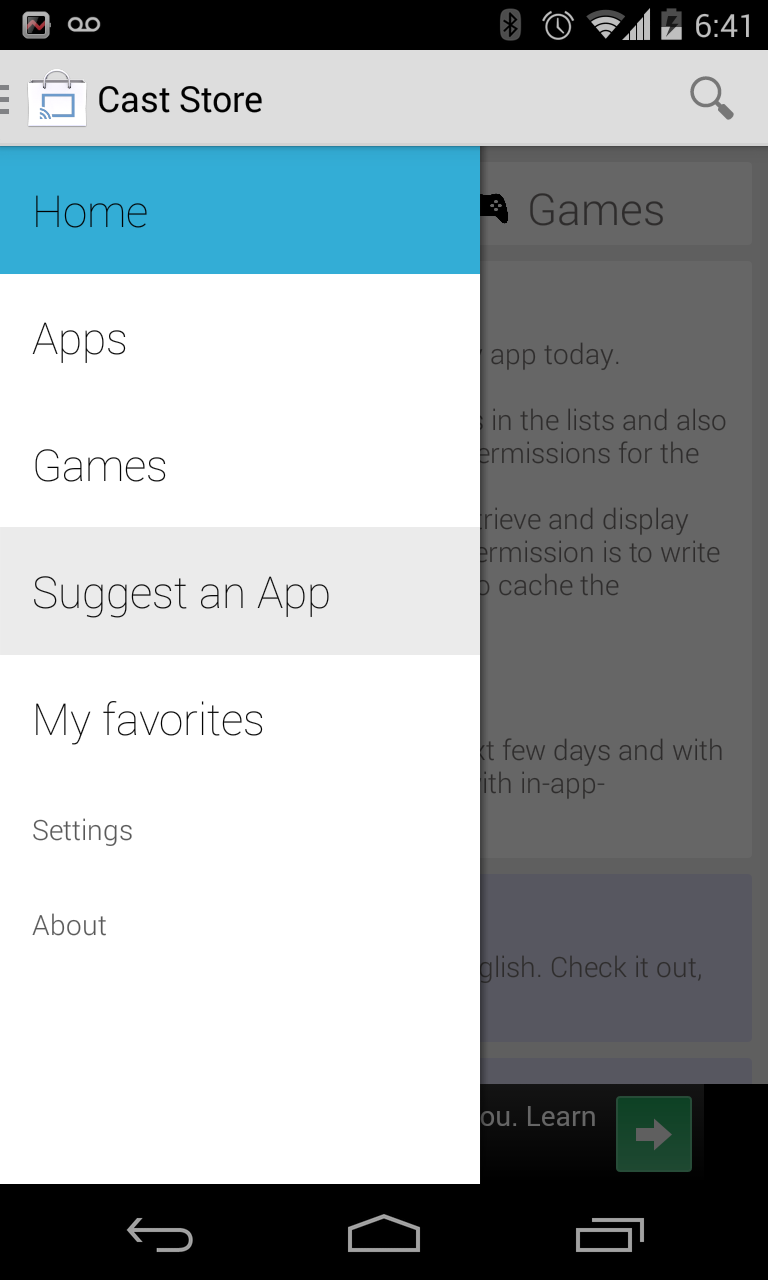 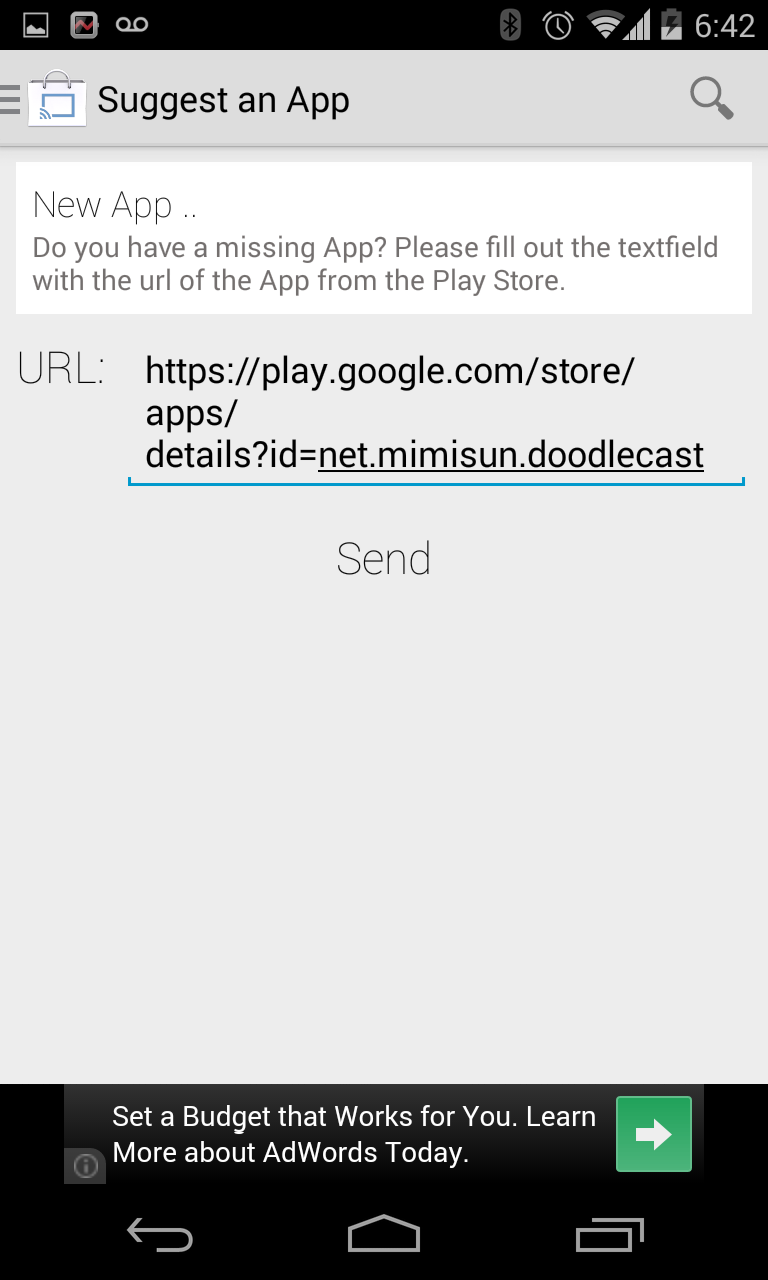 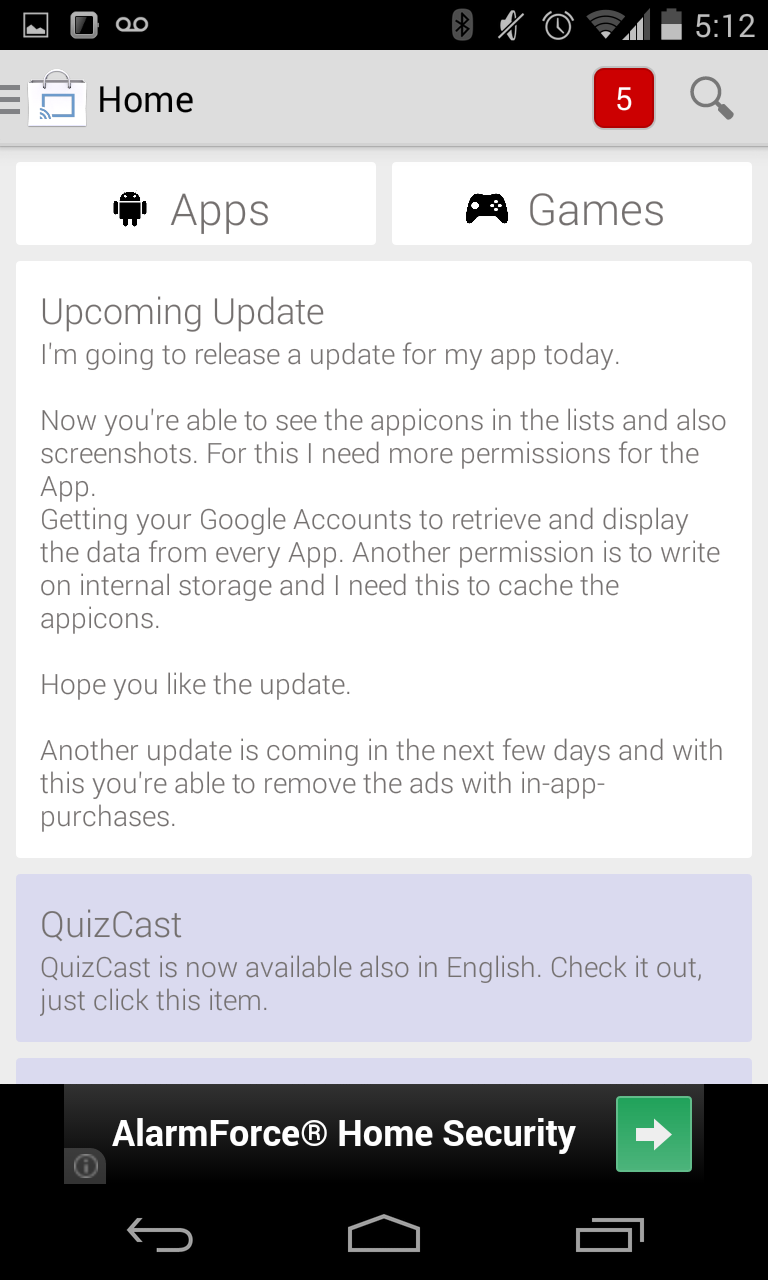 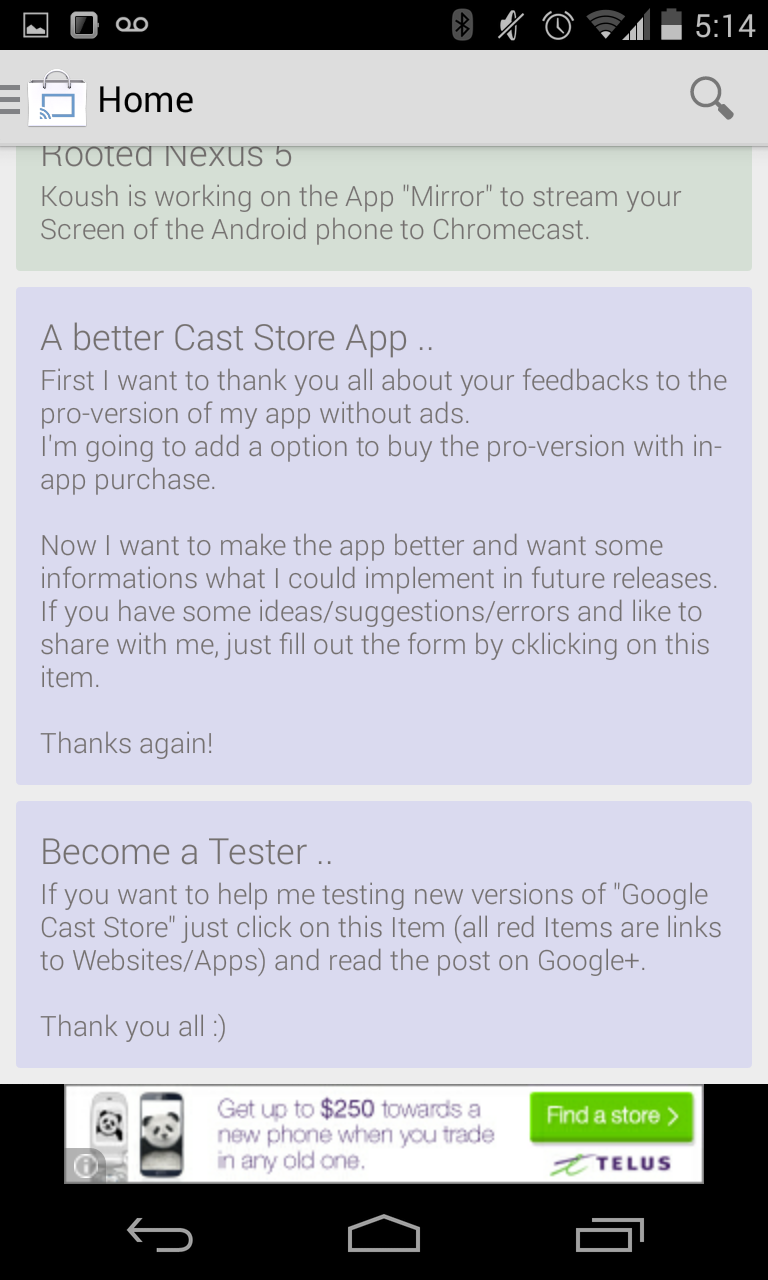 When you load up the app there'll be a red 'notification count', which'll tell you how many apps were added since last time you visited.  And scroll all the way to the bottom there's a posting on how you can become a beta tester.

Definitely worth it if you've invested in the coolest gadget of 2013, which is expecting to get even cooler in 2014.