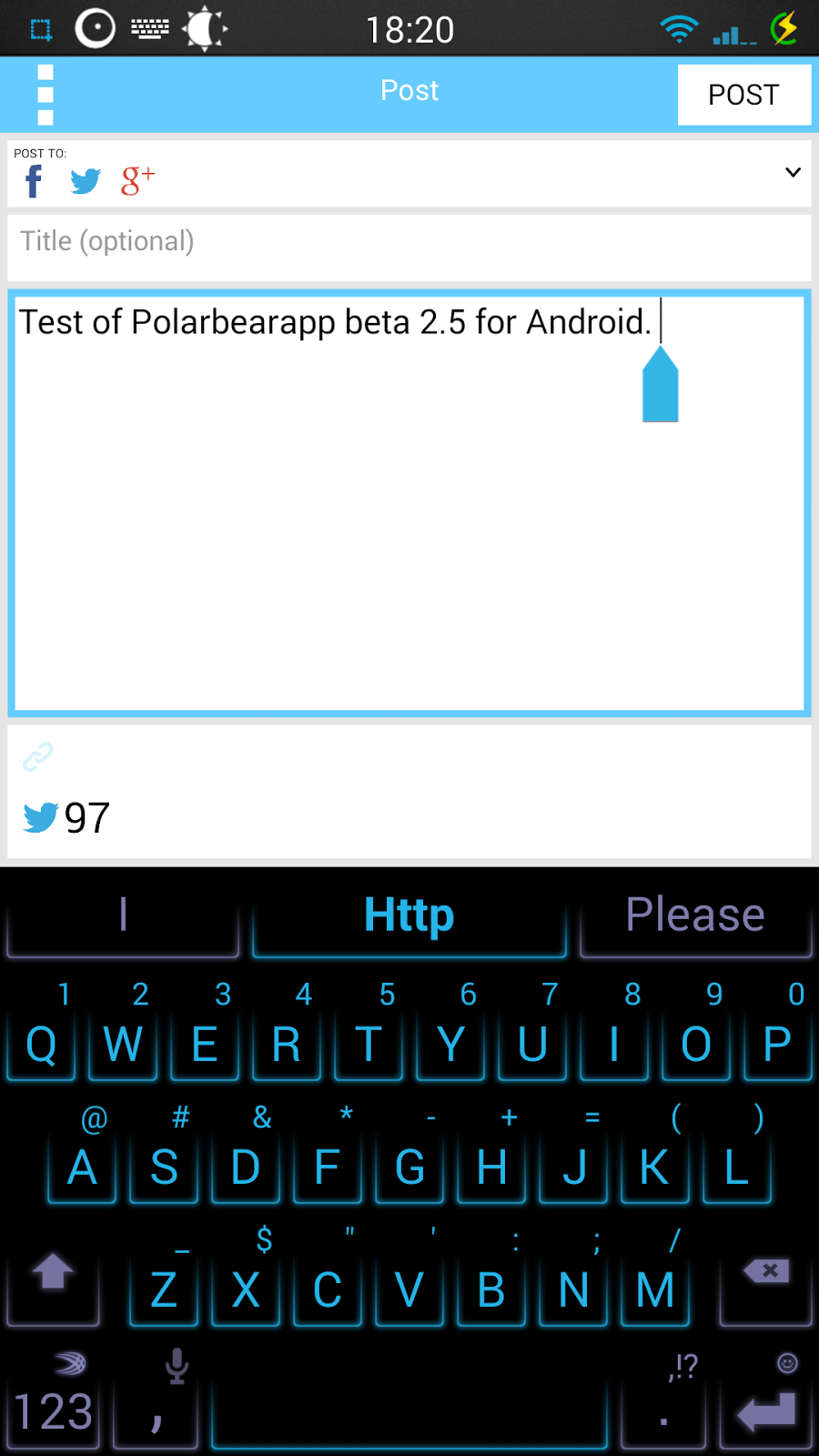 Today Polarbearapp 2.5 beta was released for anyone that's been following this unique application. What does it do? It will post to multiple service such as your Google+, Facebook and Twitter account. These aren't the only services, there's multiple others available but you'll just have to read further on.

There's really nothing more to say. You know the purpose of the app and it's to allow you to post to whatever service that's available within one application.

The difference with version 2.05 from October 2013 is that the interface has been updated and has been improved over the previous. A more crisp and clean design which is more in line with halo.

Take note that this application doesn't pack features like crazy, at this stage it's made simple and clear. 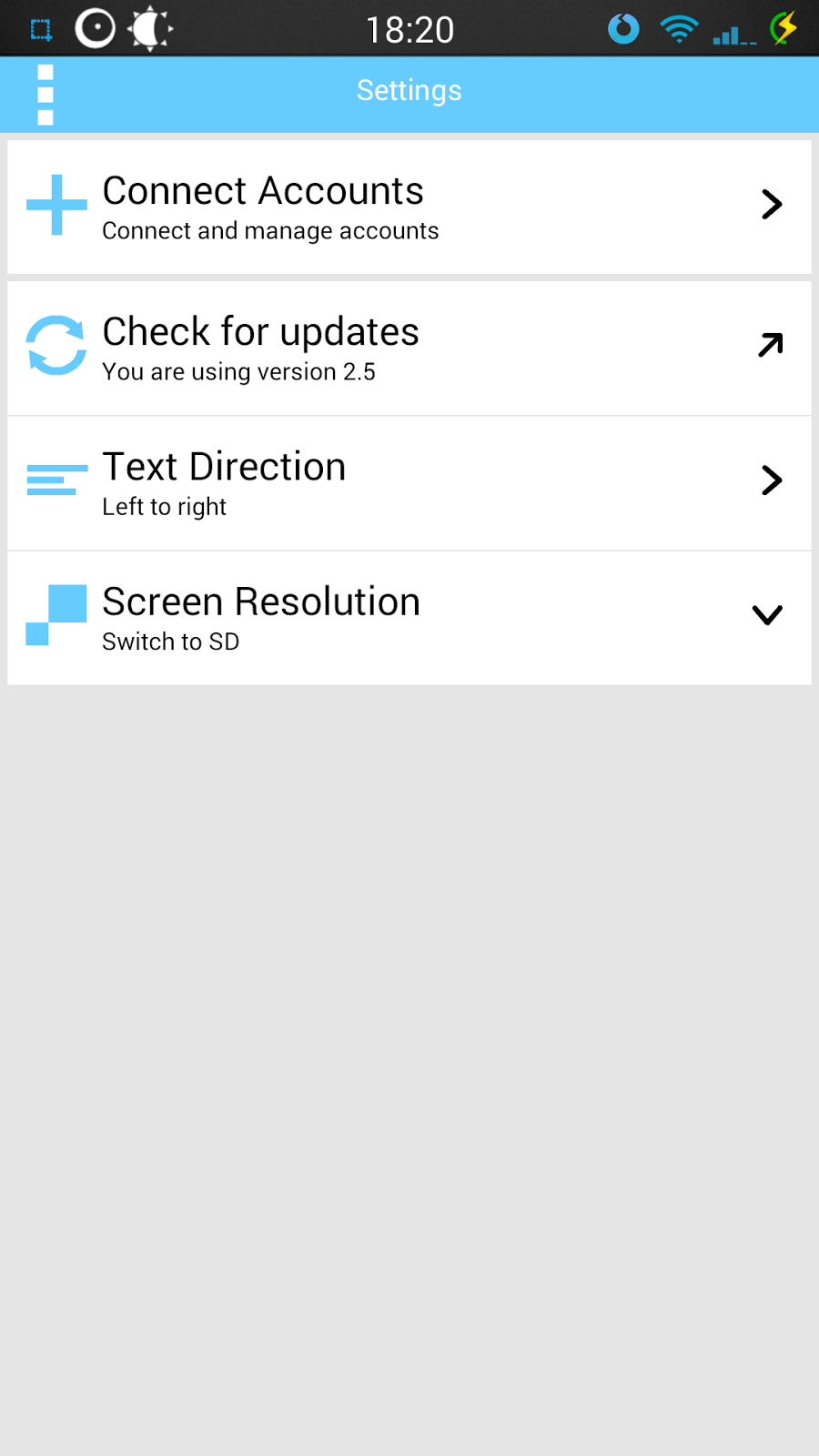 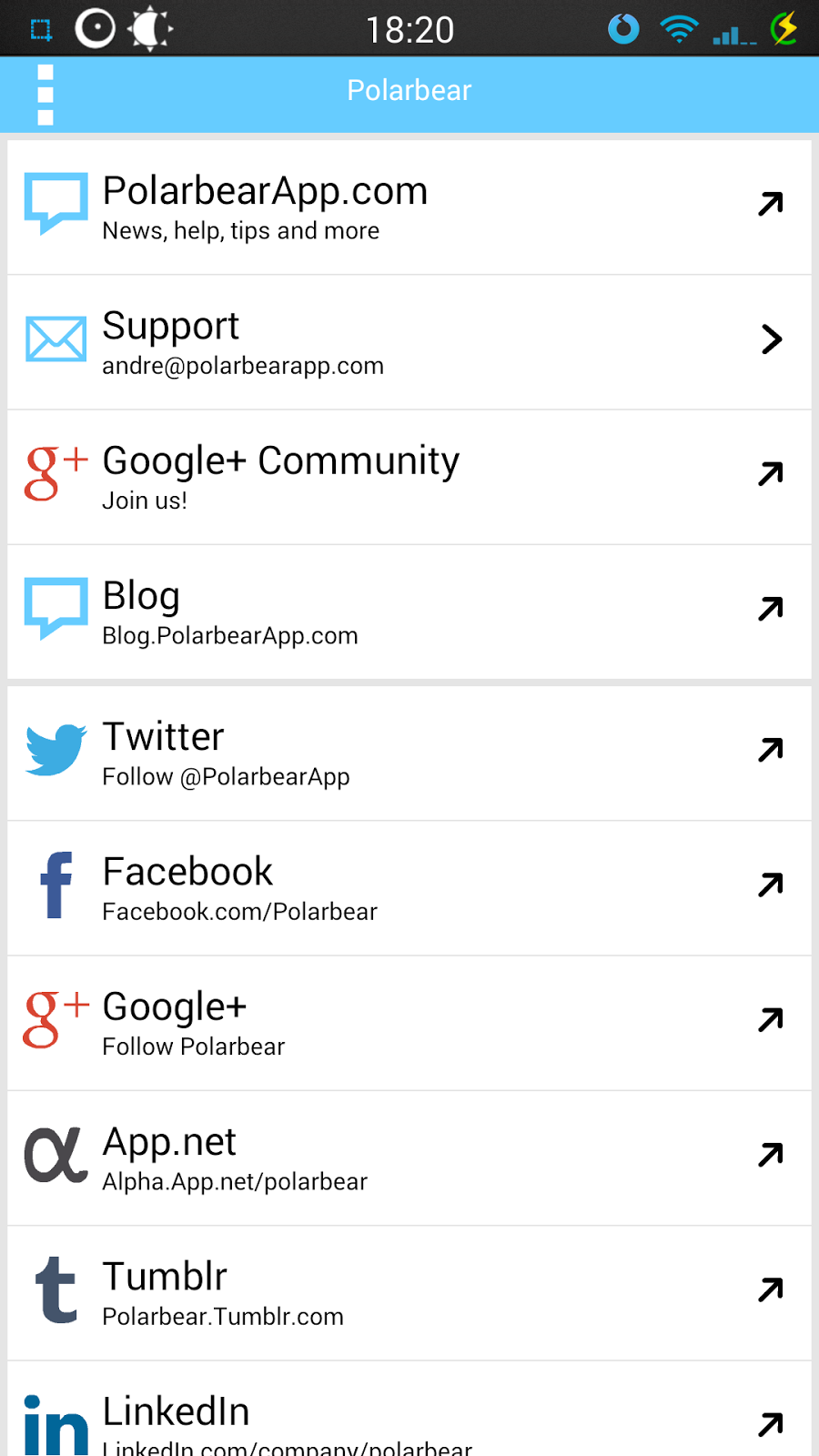 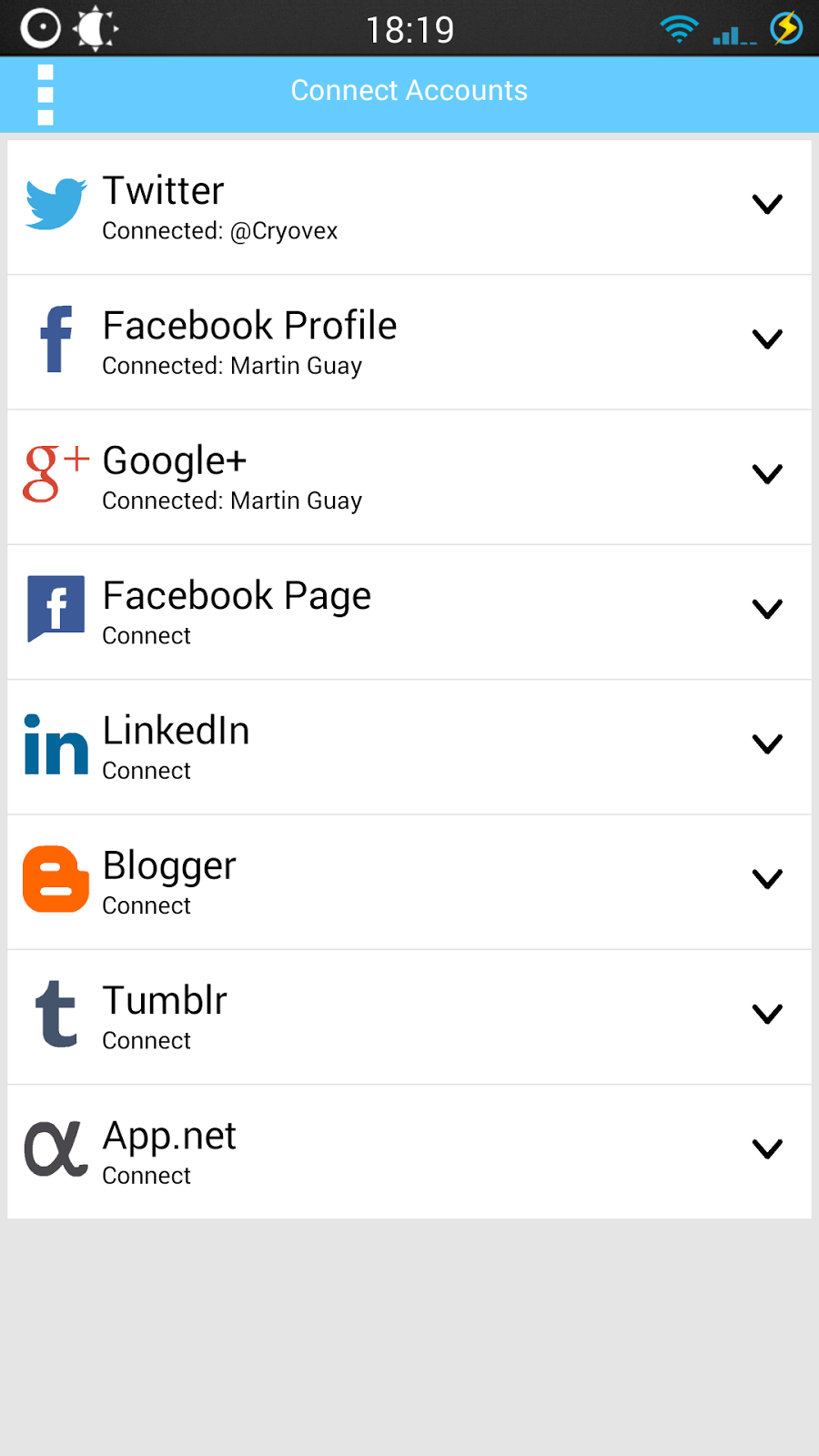 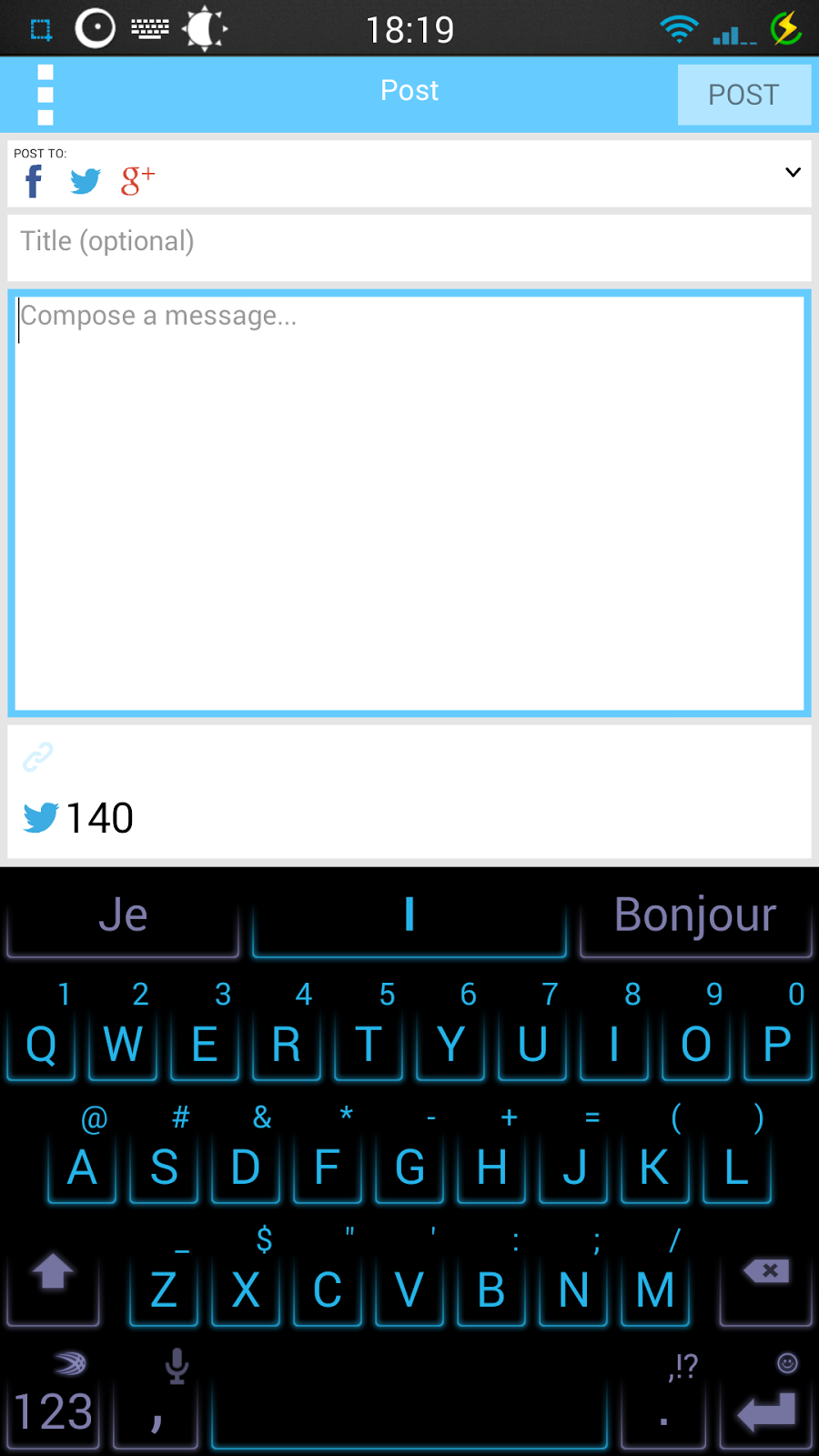