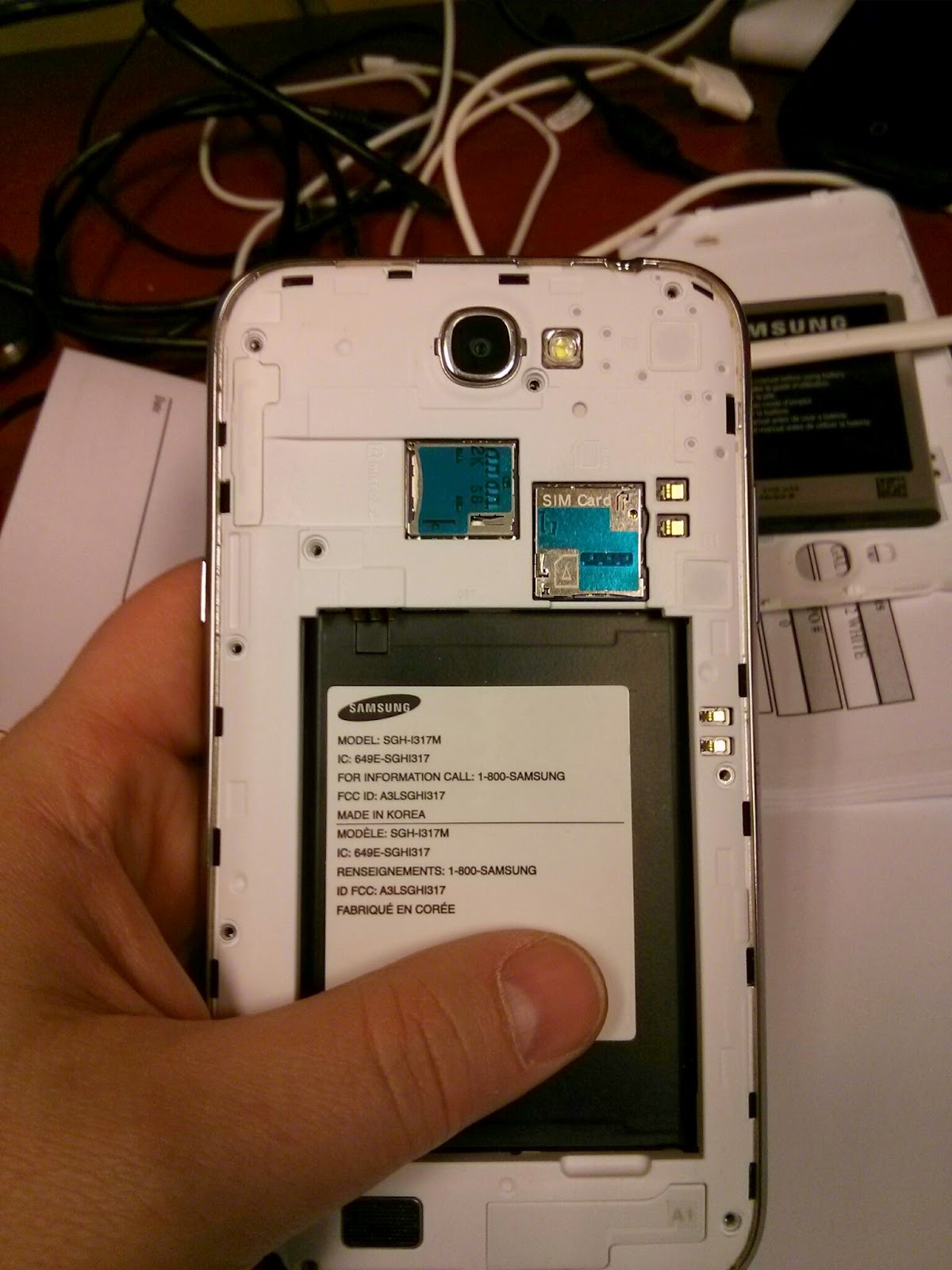 So, just to give you another view on how to fix some stuff in our Phone Disaster series, here's another common device out there, the Note 2.

Note 2s are very similar to the S3 as it's pretty straight forward to fix.

Open up the back plate, take out the battery, SIM, SD and pen.  You'll risk breaking them if you try to keep them on while you work.

Just remove the screws all on the back and then remove the white backing.  Now, this is attached to the mid/side framing, so you'll have to spudge it away from the glass on the front edge (best to work with your spudger on the corners first, then go around the whole device). 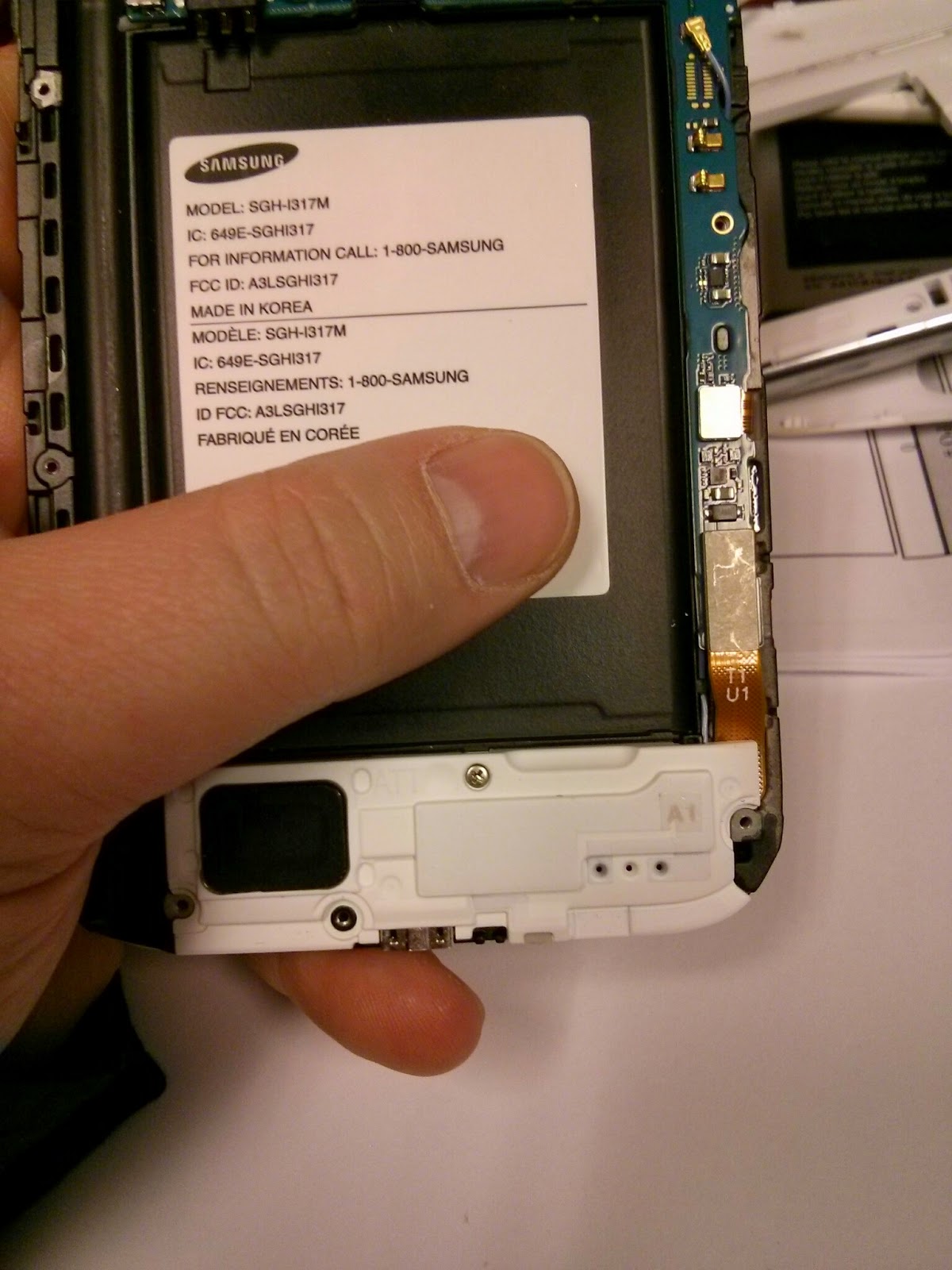 You'll notice that there's still a speaker enclosure piece at the bottom.  It's held in place with just one screw.

Take that off and then you're staring at the display assembly and boards.

The bottom board is connected to the top board with just one connector (and a wifi cable).  Just unclick those and it can be removed from the back of the display assembly with some spudging as it's just a sticker.

If you're replacing the display assembly you can take out the 1 black screw by the volume buttons and remove the mother board.  Like the other S devices there's some remnants like the front facing camera, speaker, etc... that'll need to be transferred over.  Again, very straight forward and easy to see how they all go back together. 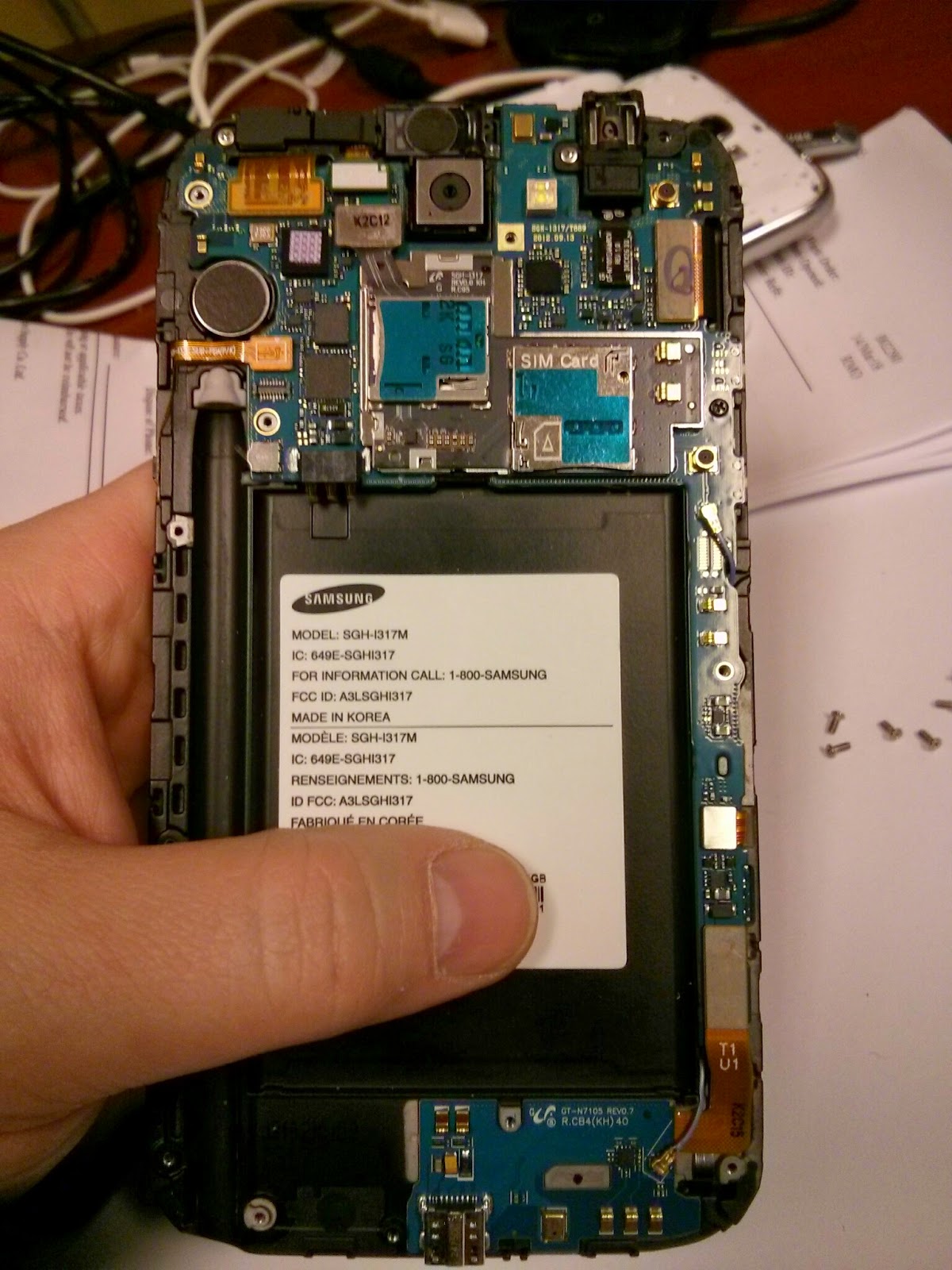 Best thing is just don't be afraid.  It's less daunting than you would think.
DIY do it yourself fix it yourself Note 2 phone disaster Screen