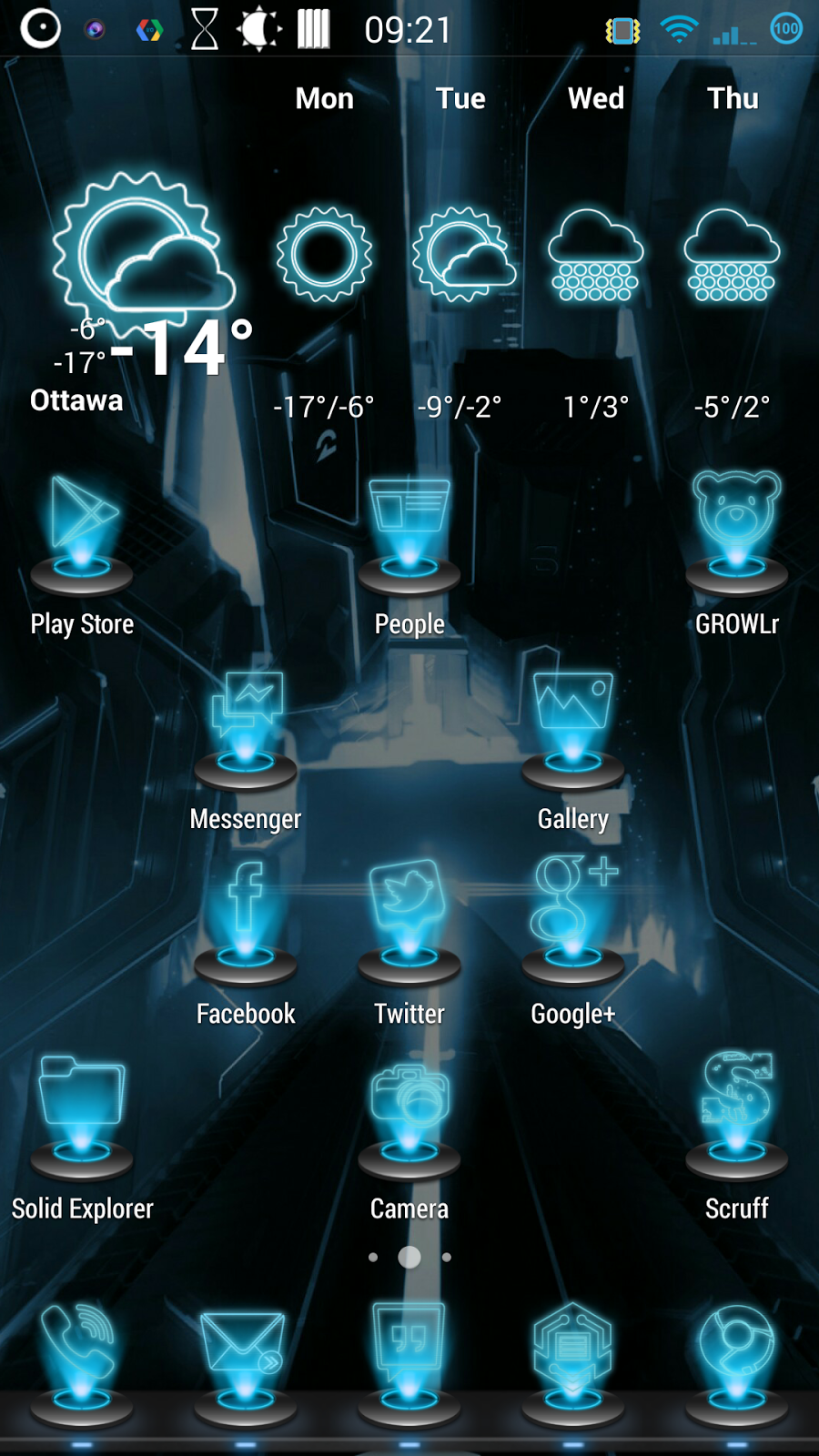 I've been on a customization craze for the last little while and one of our own +Ryan Moore wanted to see a Tron inspired theme. Set on the goal of doing something interesting I found an icon pack called Holographic from RadVisual.

Now the icon pack was made mostly for desktops icons on the PC and I decided to start creating the icon set in the same fashion but for our Android smartphone.

I'm going to try to complete a full set of icons and create a theme that can be applied to various launcher such as Apex and Nova. +Mark Lastiwka is looking forward to a Xperia theme but for now I'm going to concentrate on making the icons and testing the look of them on a few devices.

For the people that will inquire about the home screen, I'll provide all the details.

I'm using Nova Launcher Prime with a grid size of 6x5 and no margins of any kind. I do have the transparent notification on and I've added a custom dock at the bottom for my dock base making it look like the holo disc are sitting on as nice slate. I've also increased the size of the icon to 130% and I'm using regular sized icon on the dock VS small. All those settings are in Nova Launcher. You will also be able to achieve this theme with Apex with no problem.

The temperature system I have in place is provided by Beautiful Widgets Pro with the theme Neon Hollow. In a nut shell you have the extent of the theme I'm using and creating. I probably have about an other 100 icons to create to have the usual Android icons converted. I will also see about having a blank holographic plate icon in the event that there's no icon for an app so that it may integrate with the app icon on the holographic plate.

Last but not least, the background is actually a Tron wallpaper that you can lookup on Google Images. Pretty sure you won't miss it as there wasn't a lot of Tron inspired wallpaper.
customization Home Screen Launcher