Glow in the Dark ColorCables add fun to charging!

Posted by Ryan Moore on March 12, 2014
I've got a lot of cables.  Mainly because I always like to have on near.  Not that I need it, just I'm one of those 'habitual chargers'.  My wife's occupation at a hotel front desk means that they always have a ton of cables on hand (seriously, TONS of people leave their cables behind, and never claim them - so after they'r ea year old anyone can take them from Lost & Found).

But I'm not one to turn something novel down!

Introducing ColorCables - a new IndieGoGo project that has GLOW IN THE DARK cables.

Now, do you NEED these cables?  Probably not... but they're pretty cool, and definitely helps your cables stand out from the rest.

They have a nice flexible plastic the whole length of the cord, meaning that it's a secure connection, with not floppy ends leading to bad connections. It comes in Red, Green, Blue, Grey, Purple, Orange or Pink.  I have Green, Purple, Orange and Pink currently (look for a giveaway soon). 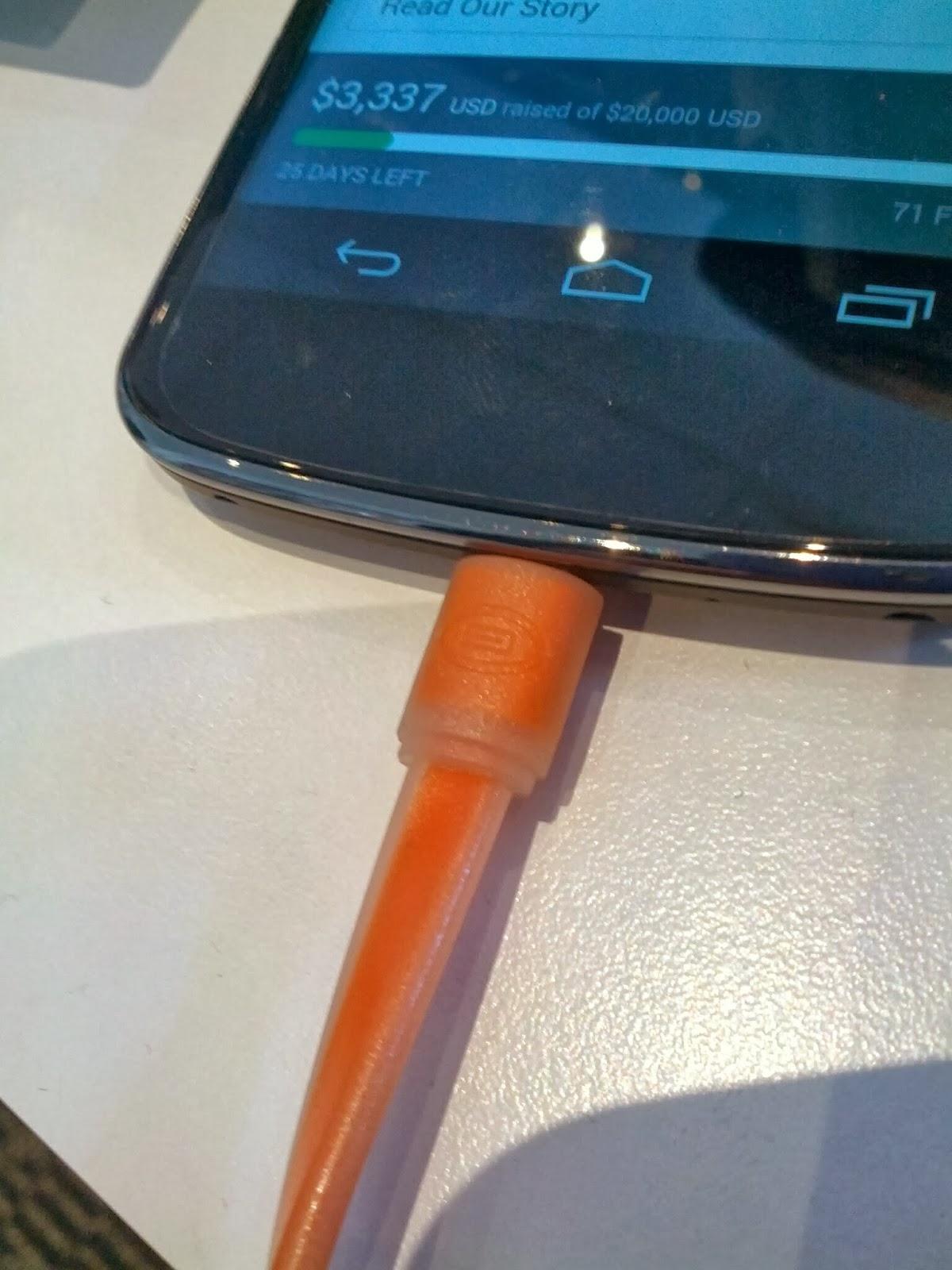 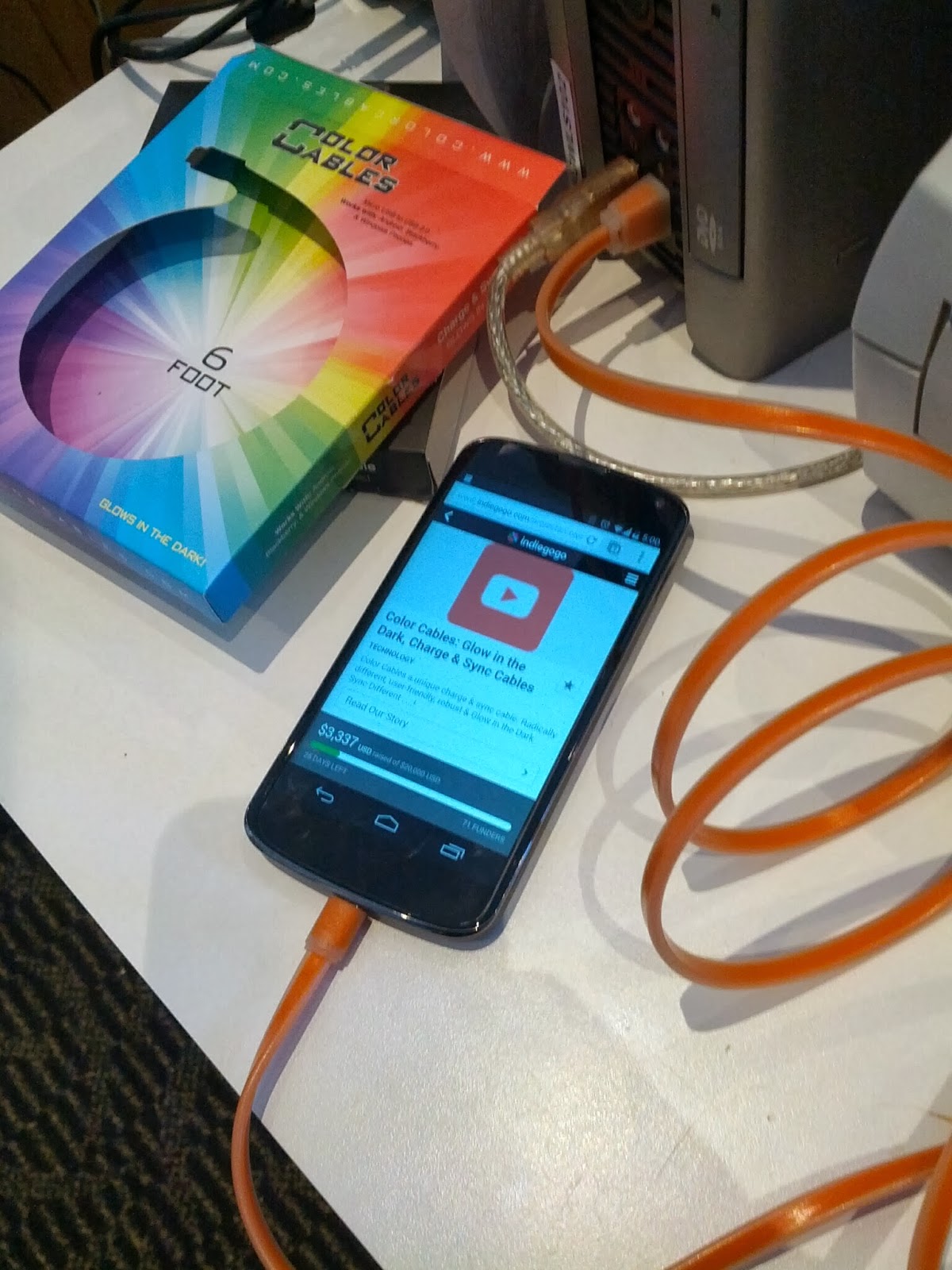 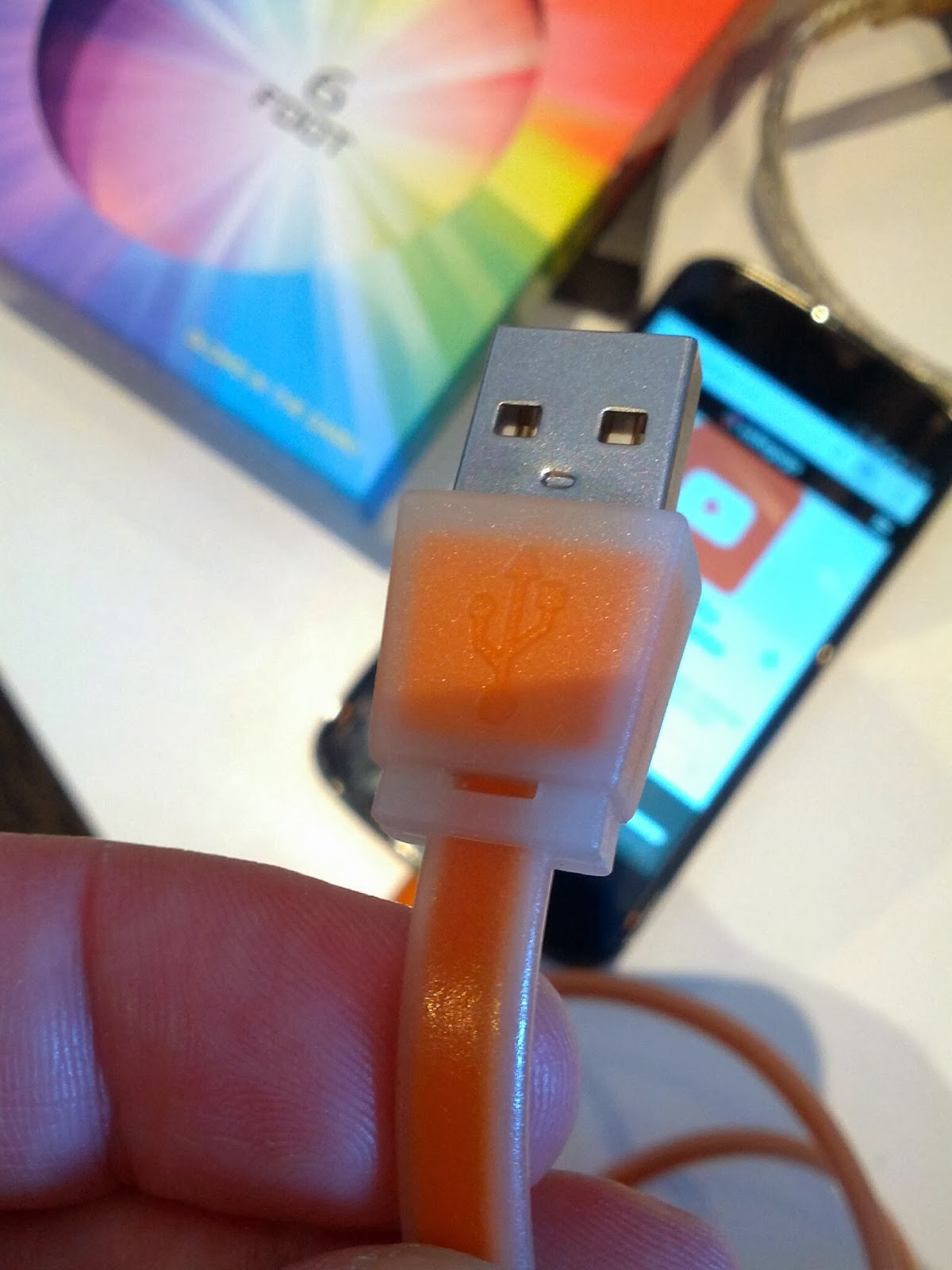 Of course it glows in the dark.  I've been trying be able to get a good picture of it glowing, but it's kind of hard in the dark.  The glow is... well, if you remember any of your glow in the dark toys from your youth, it's nothing BRIGHT, but it's definitely glowing.  I leave mine on my night stand.  Previously I would go to bed in the dark and knowing where the cable is... approximately... I would fumble around until I found it, and then plug it in.

With ColorCables I can easily see the cable, and it's not too bright to keep me awake.  Smart!

If you like the idea, jump on it now, as they'll probably jump up about $5 when they hit retail.

So... go pledge and reserve yours now!