In my past as a math teacher, I used to try to find some way to keep students' interest but also include math... somehow.  A friend of mine showed me a game called Farkle.  Sounds almost as cool as it is fun to play.  Just need 6 dice and folks are awesomely drawn to play the game.

This game I haven't played in a while... but I played the hell out of it back on my Palm T3, TX and several of my Android devices...  you should give it a try.  There's a free version with ads (not just the ones at the bottom, but intermittently between games you'll get a full screen one), or for $2 get the ad-free version.

If you ever roll and there's no scoring dice available, then it's a Farkle.

... well sorta.  When you get there you're "out".  Then everybody else is given one last chance to score some points.  If they can get a higher score in that last roll then they win.

It starts to get you thinking about strategy... getting as close to 10,000 as possible, so that when you do go 'out', you can go out at a higher score.

Seriously... it's easier to explain while you play.  It's a fun game.

Google Play Service integration allows you to have achievements and rankings. 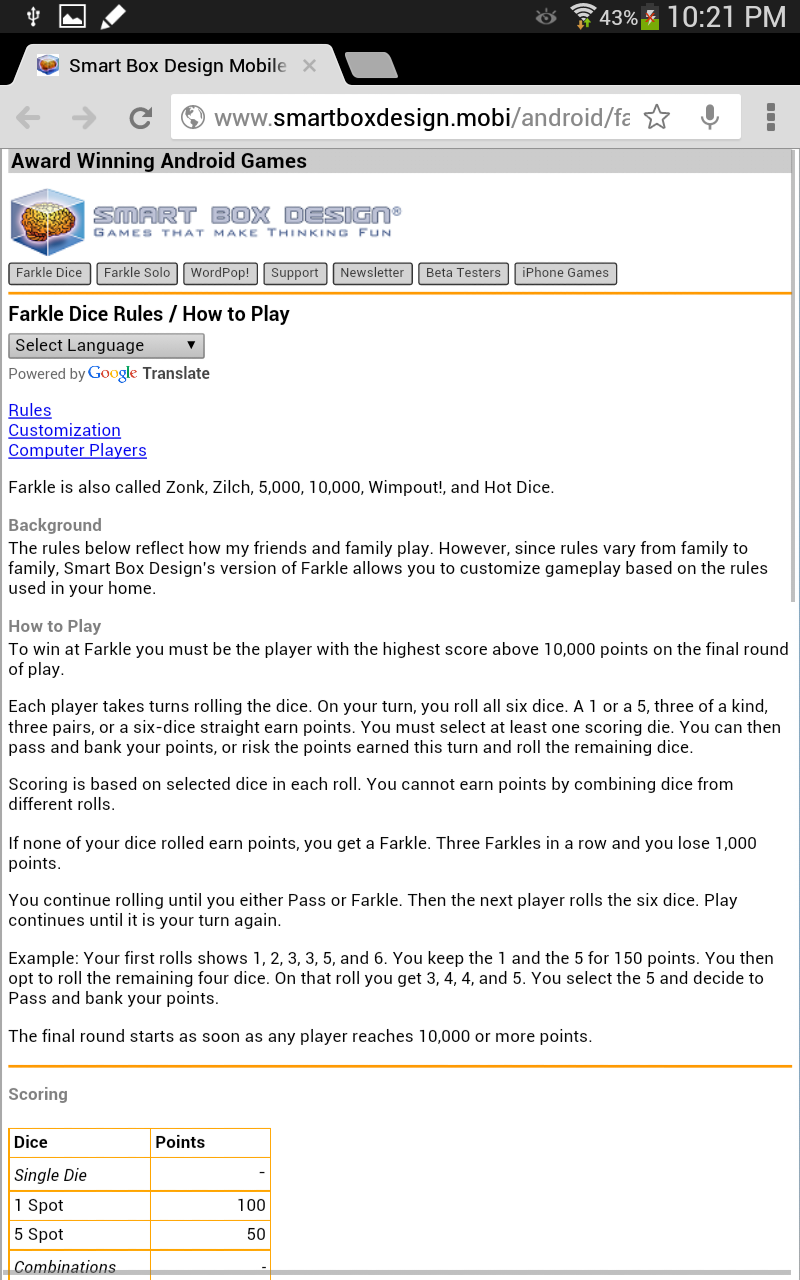 It links to you to a site to help you understand the rules. 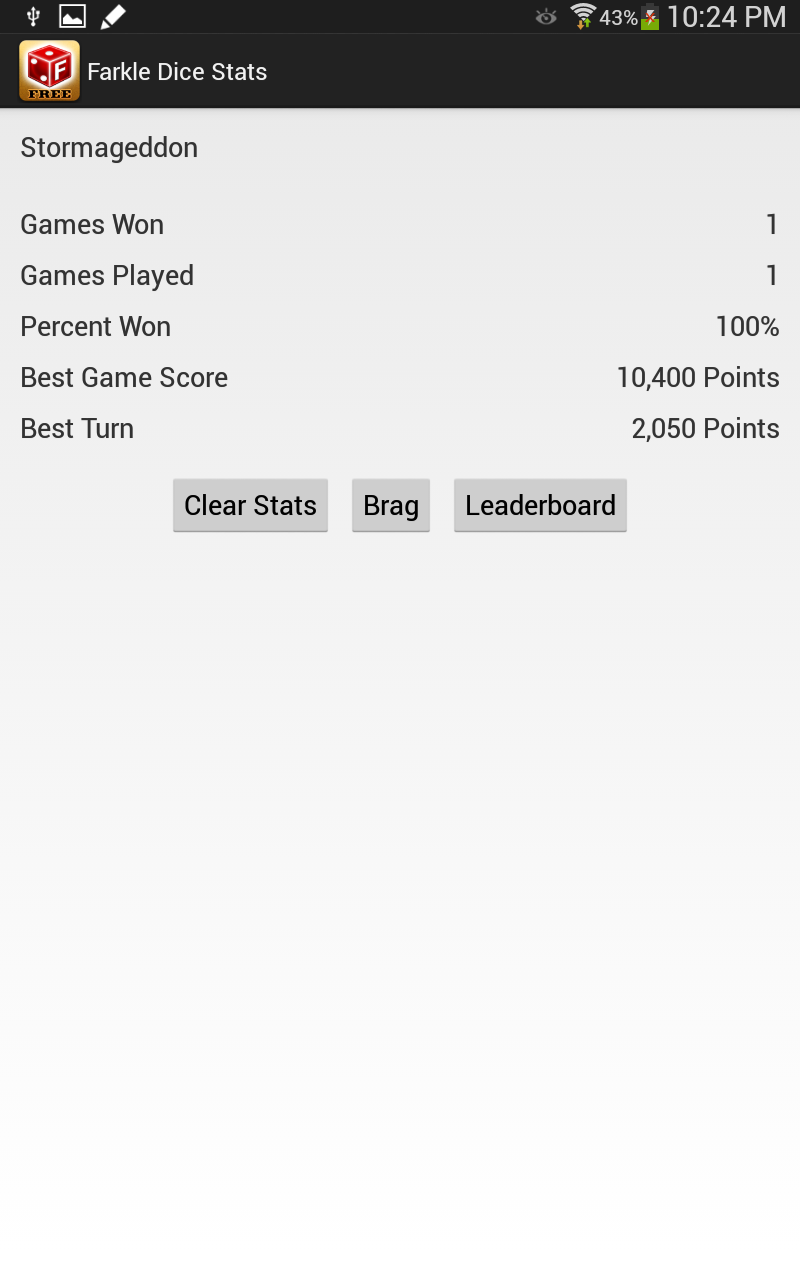 And then there's stats.  I love stats (apparently it doesn't transfer stats from one device to another).