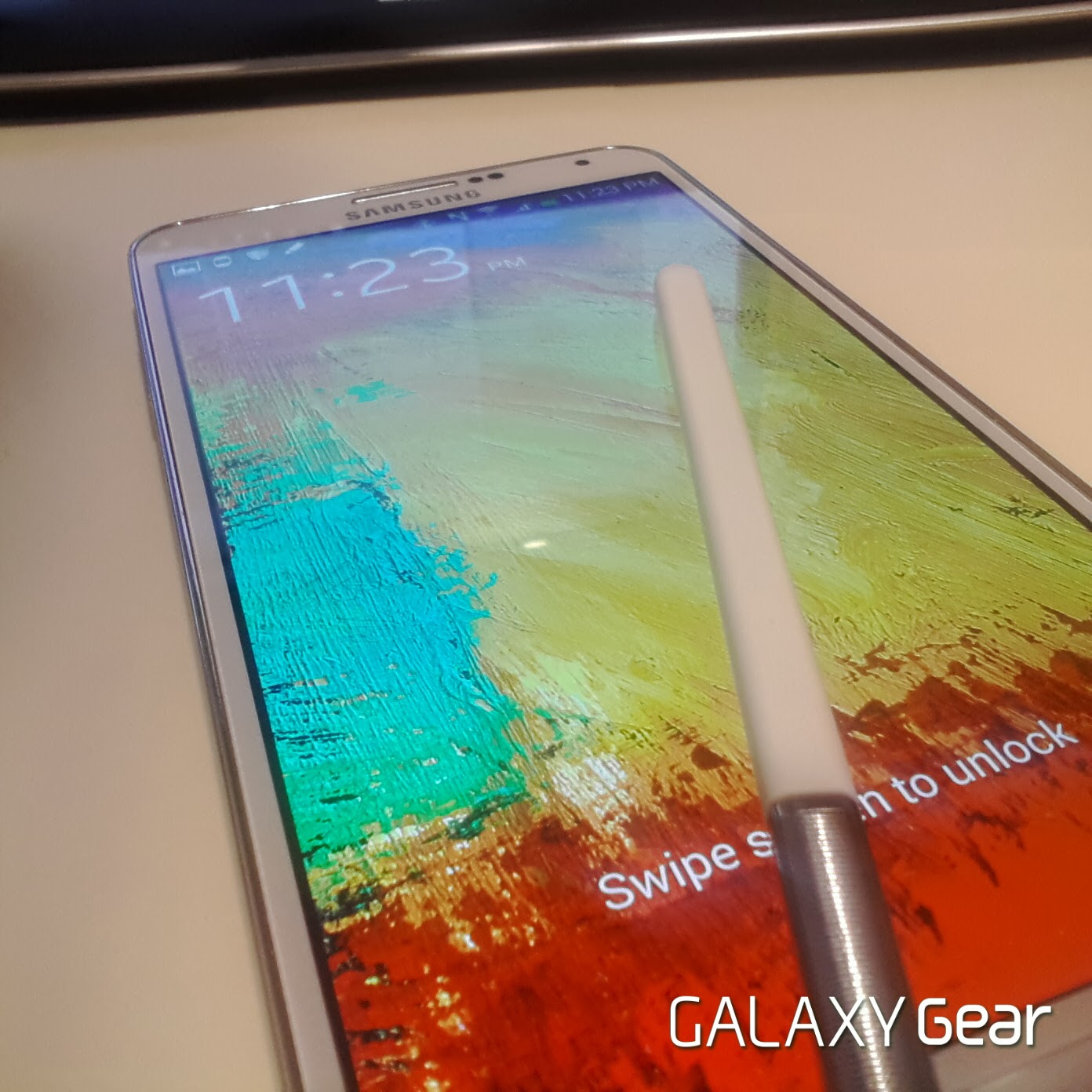 I know +Martin Guay already gave his review of the Note 3, and I hate to be repetitive, but the opportunity came along to review the Galaxy Gear... and I couldn't pass it up.

In each of their own rights, each device is really worth of its own review... but with the holidays my spare time actually is less than you might expect, so in the spirit of the post-holiday sales time, I'm giving you a deal:  2 for 1 review!

Let's start off first by talking about the Note 3, then the Gear accessory.

Well... let's talk about the size.  Phablets are no longer an oddity in this day and age.  With the Nexus 5 and Galaxy S4 being super popular and they're just at that 5" mark, something that's 5.7" isn't 'unexpected' anymore.  The device is large, but hardly any larger than the Note 2.  Where this device truly shines over the Note 2 in just about every manner.

Better screen (1080p), less bezel, sturdier material (it still feels plastic, but less cheap plastic) and a way better pen.  Yes, they improved on the pen.  Hard to say it, but true - they really improved on it from the Note 2.  It feels more like a real pen and can go in the sleeve reversibly (no having to get the right side out).  Small details, but little bits that really help make it truly feel like it's improved.  The other area where the pen improved was the fact that it now operates the soft keys.  Sure, the Note 8 did, but this is now on the phone, which is awesome.  I can't tell you how much that bothered me on the Note 1 and 2.  (What's especially odd is that the Note 8 pen can work on the Note 3, but not vice versa)

The most notable feature of this device, the size, now out of the way we can talk about the thing that some folks 'hate' Samsung for, and it's their TouchWiz and mirroring of Android services.

Surprisingly TouchWiz never really bothered me on this device.  The colour scheme is a little more updated in the UI and wasn't nearly as convoluted to navigate through.  Really helped having that 'search' option in the menu.  The app tray is still its own 'mess' to deal with, as for me I like to set up alphabetical, and that's not its default sorting.

What is 'off-putting' is the severe amount of 'extra apps' (I hate the term bloatware) that Samsung adds in.  Just like I showed in the Z Ultra all the services Sony adds in, Samsung also has its own Hub - apps, movies, music, learning, reading, etc...  Great if you're into the Samsung ecosystem, whereas if you like to be OEM agnostic, like me, it just means more to hide.

There's some benefits to it tho'.  There's the S-Health app as well as the 'WatchOn' app which you can use to set up your IR port to turn on your TV and monitor what TV shows to watch (and even remind you...which is good for me as I tend to forget a lot). 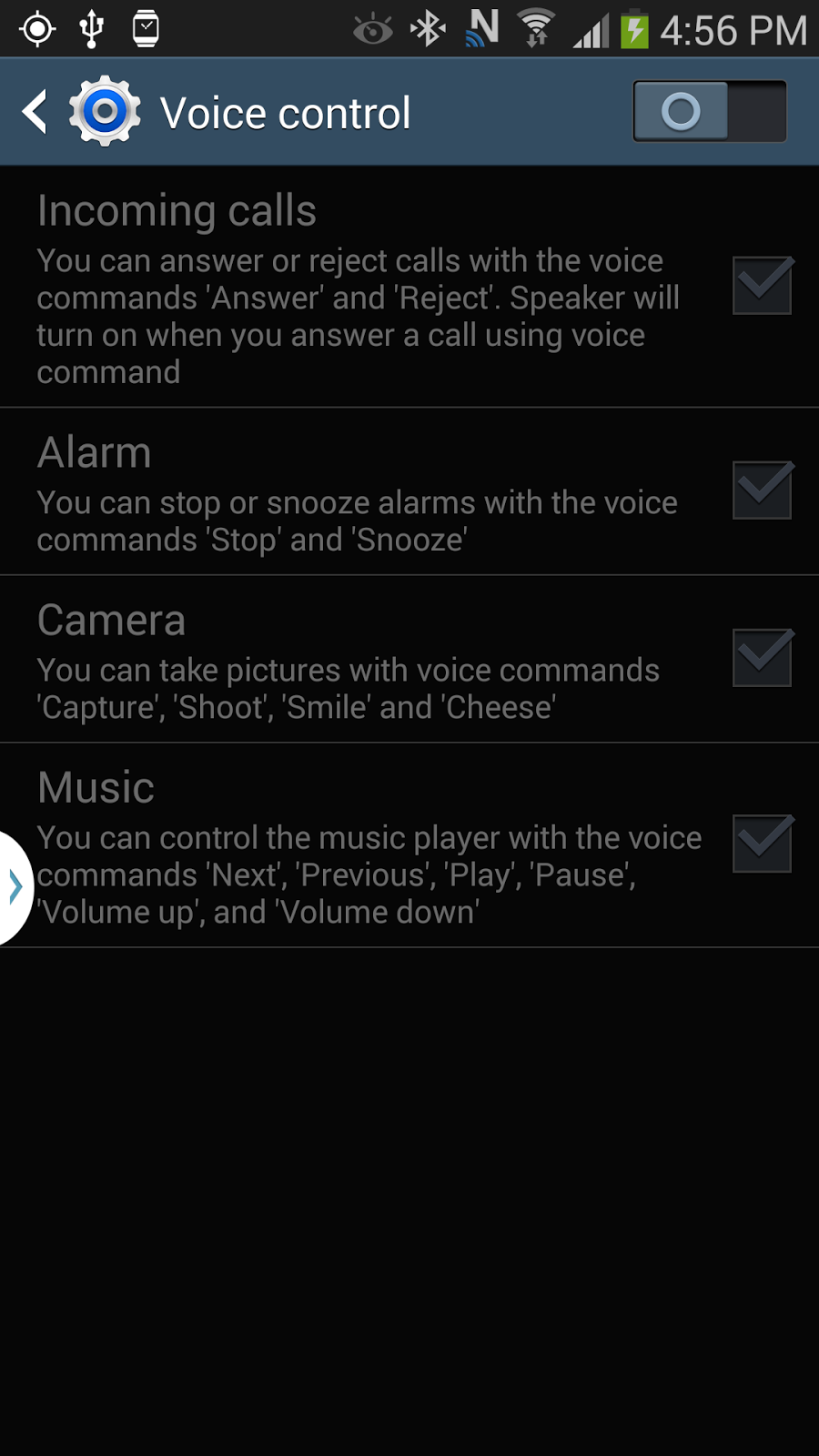 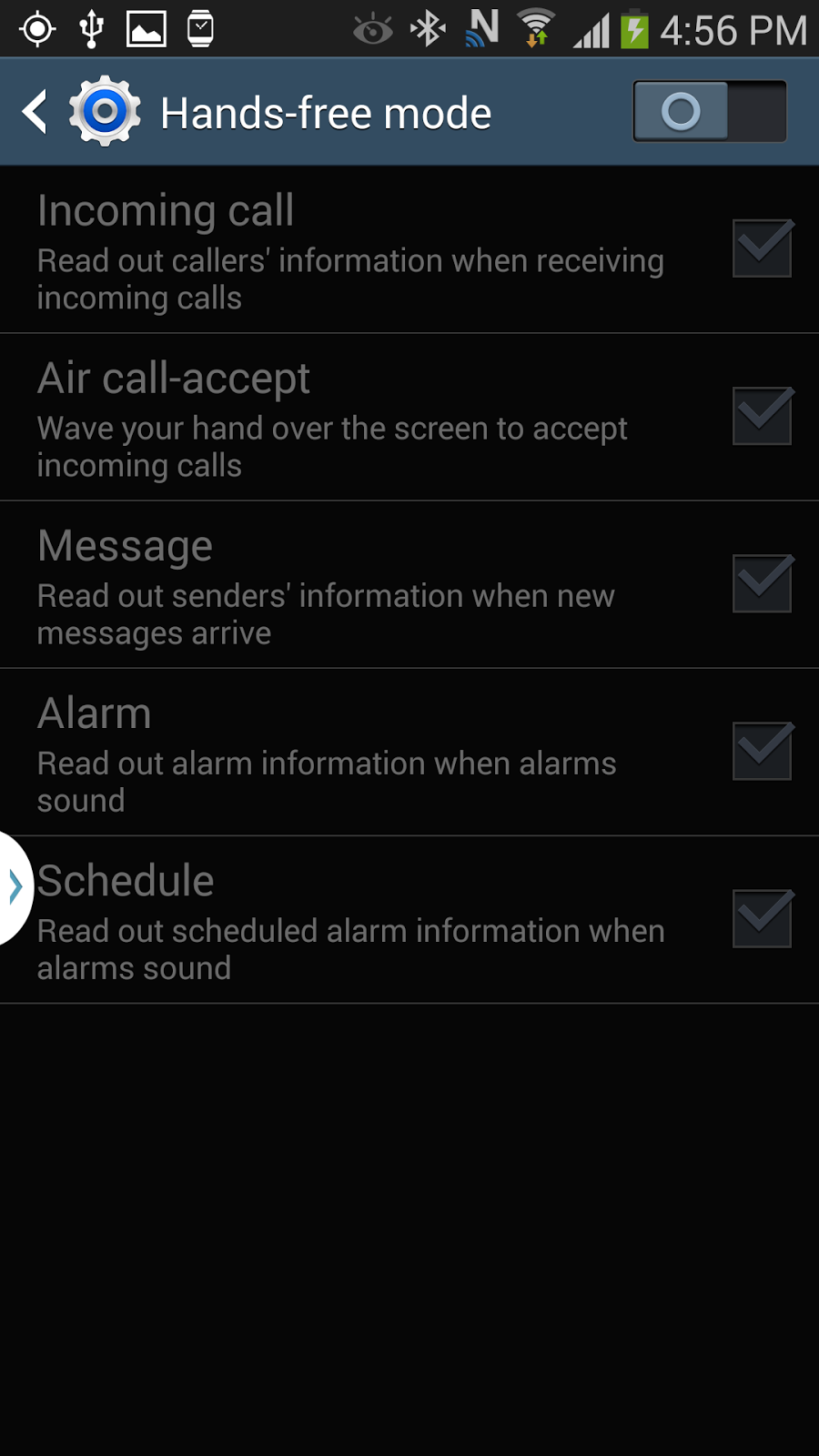 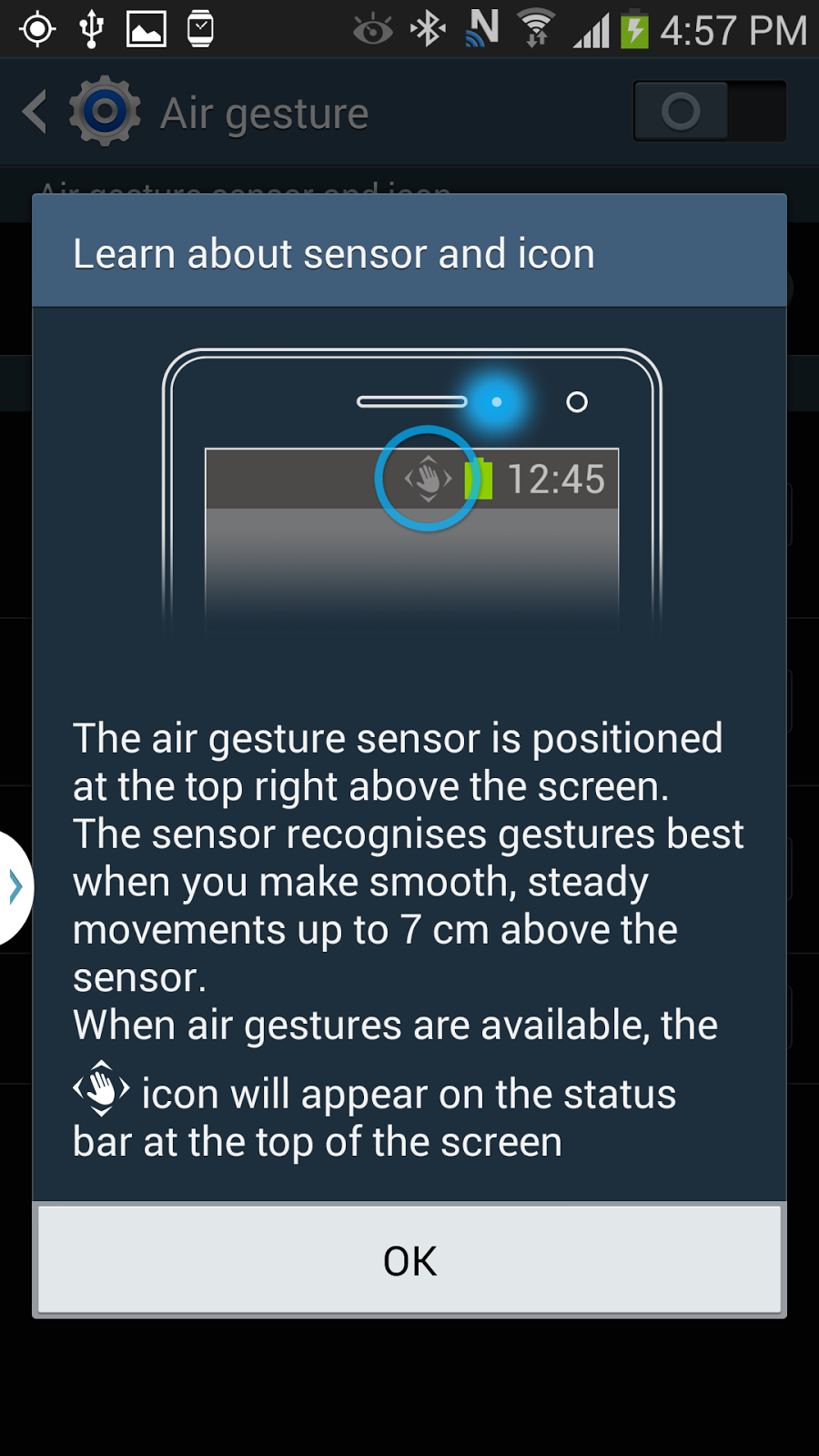 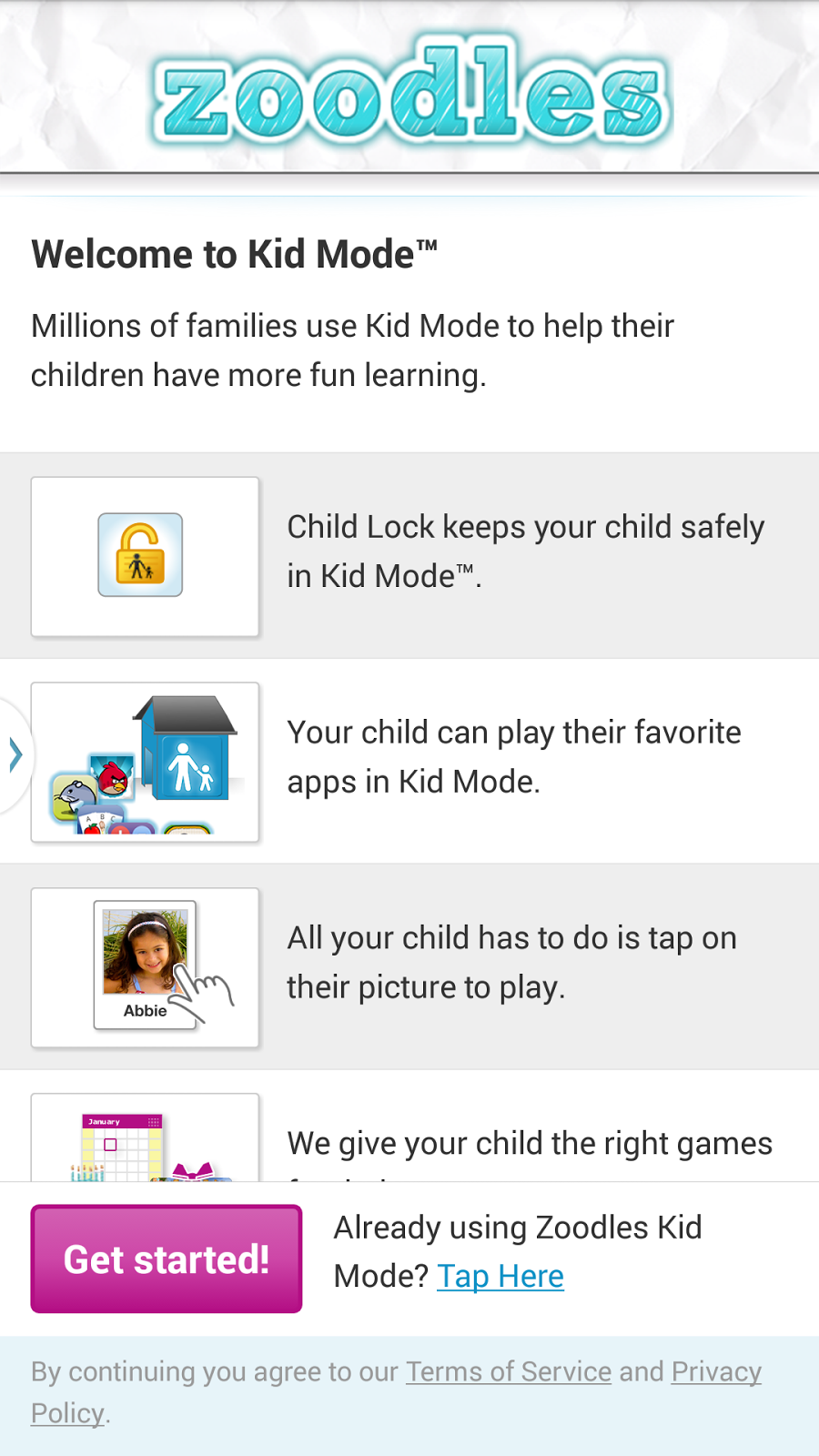 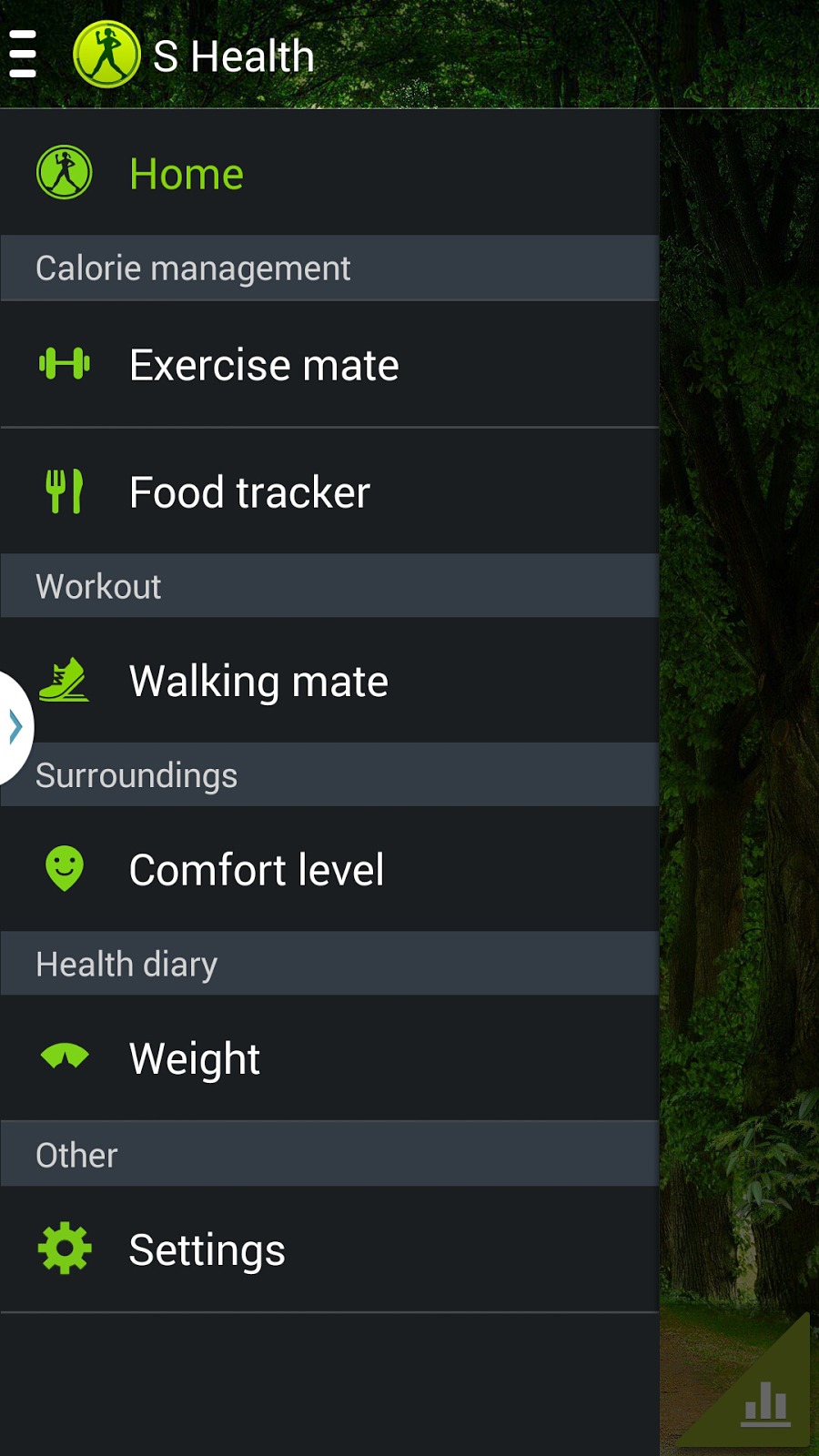 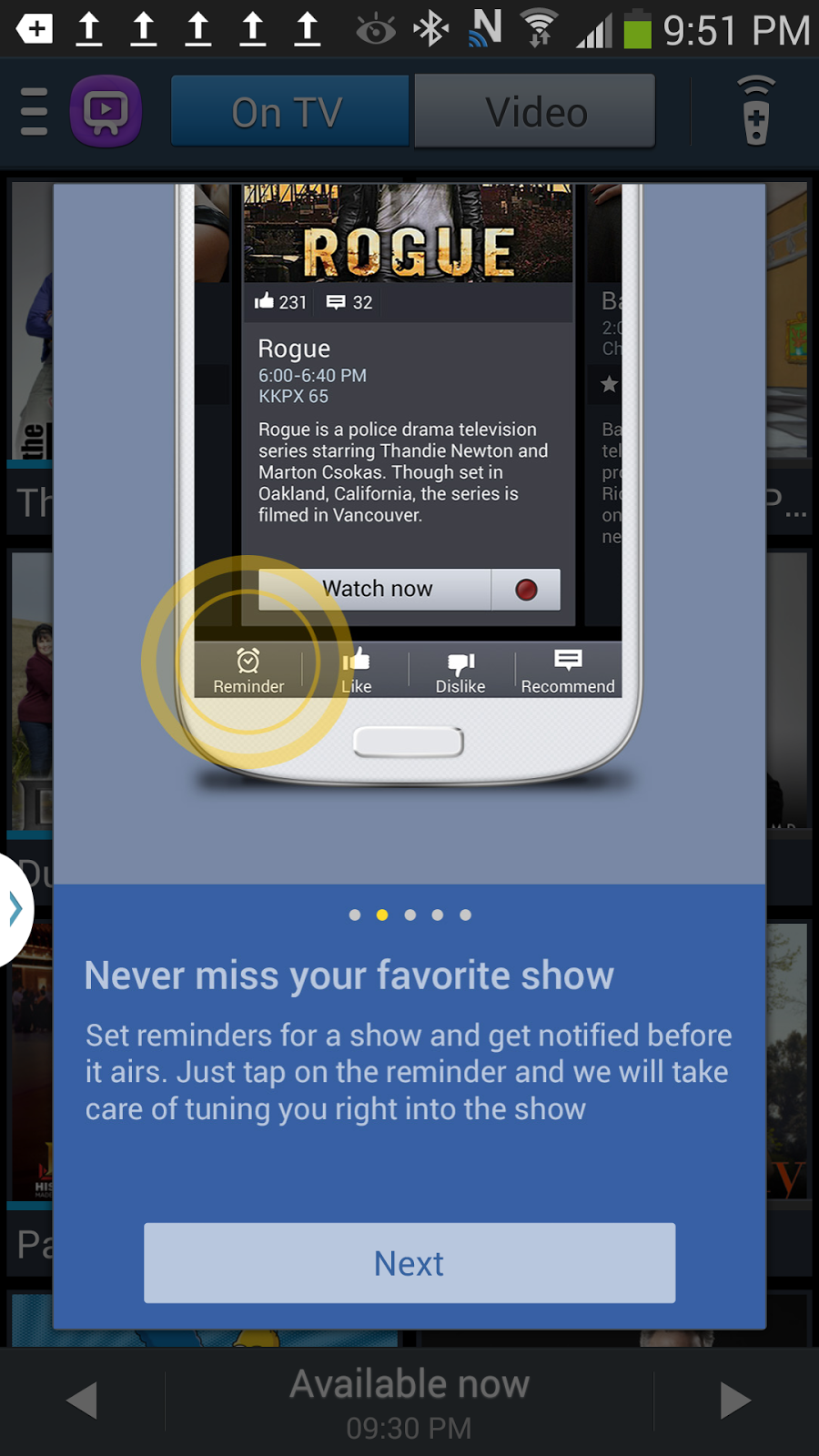 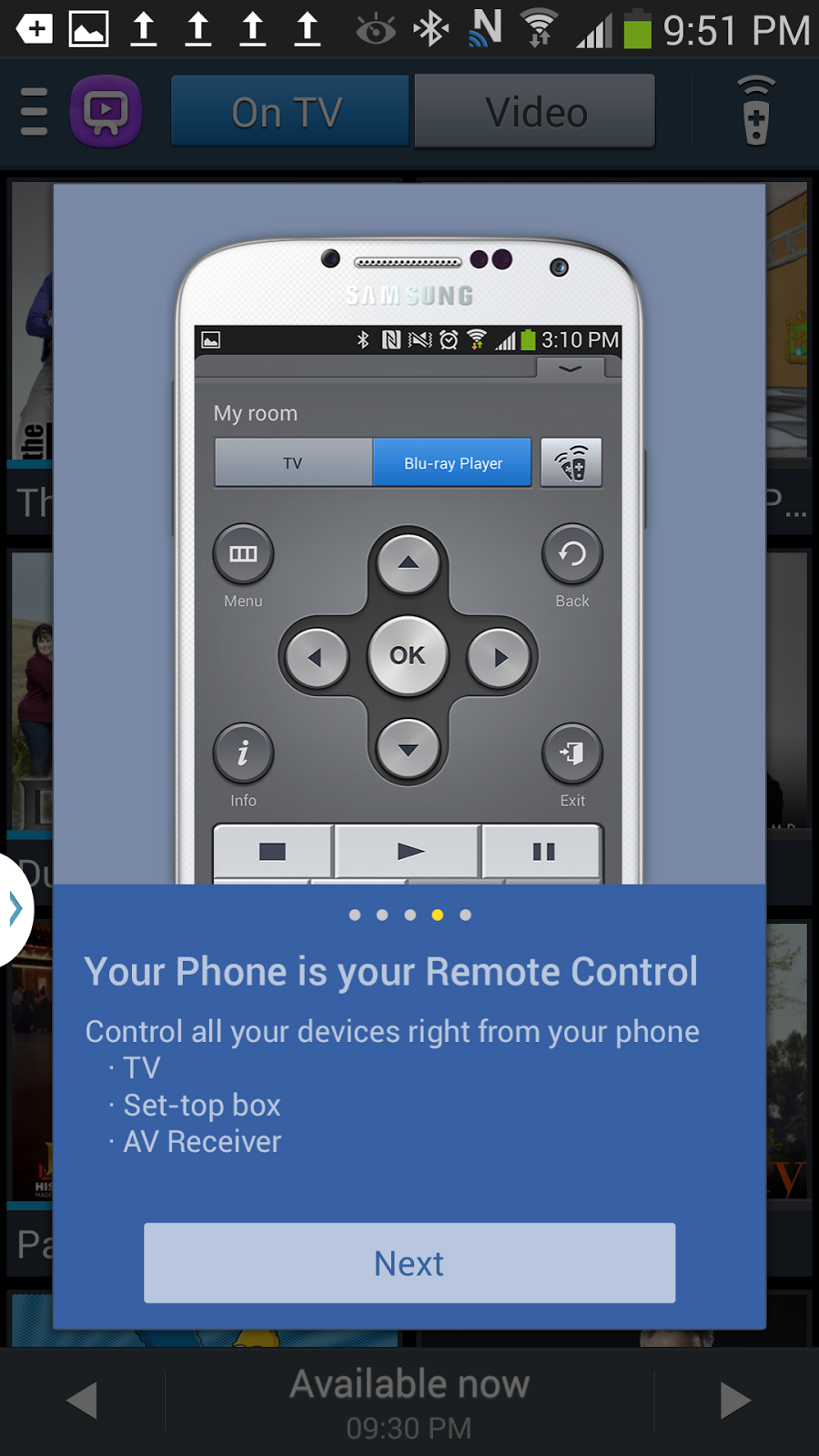 Story Album is a new take where it likes to help you sort your photos and downloads, etc... by periods of time and/or location.  Similarly, Scrapbook is like Keep, where you just 'share' items you find along the way to the scrapbook where you can peruse later. 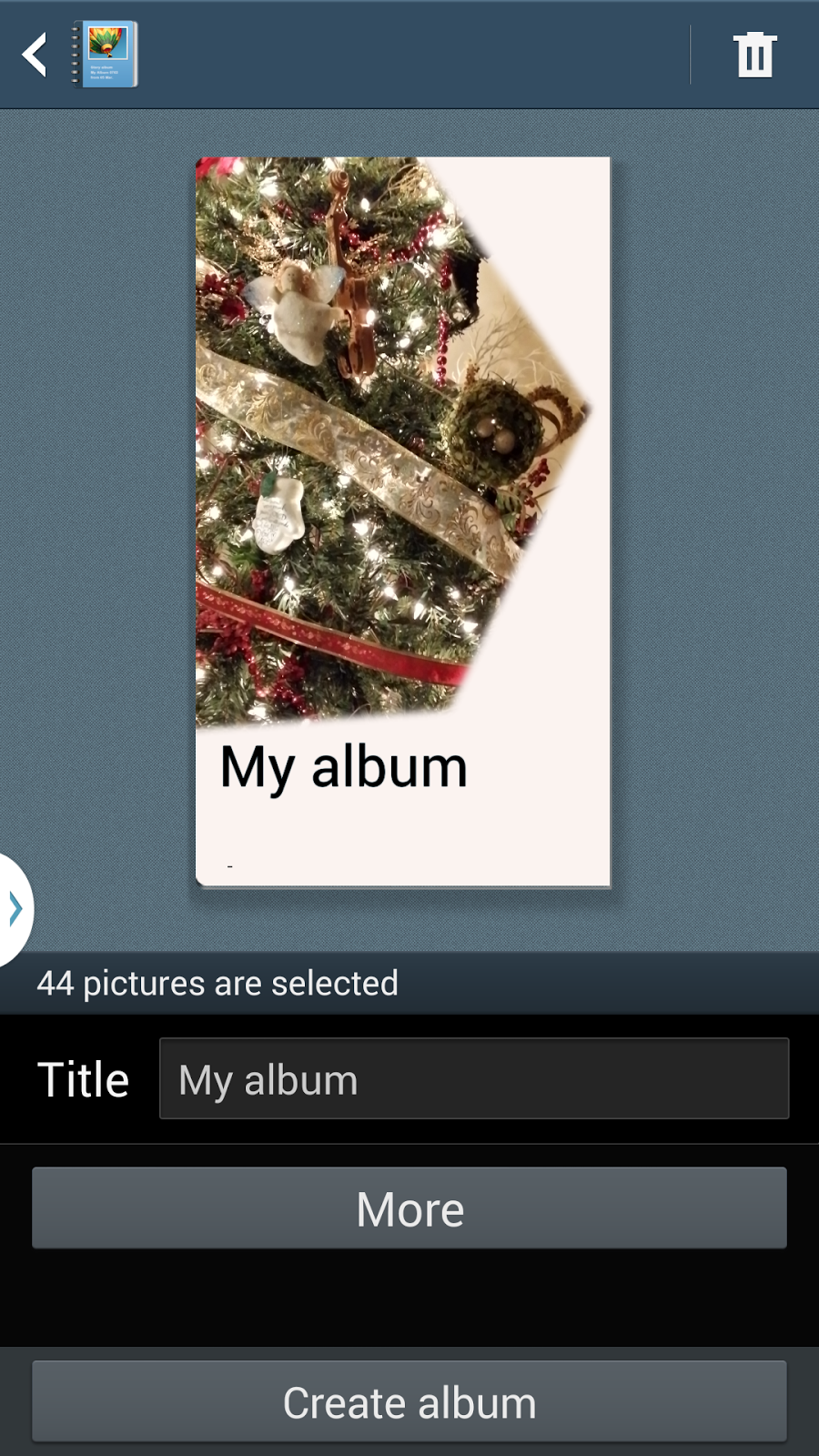 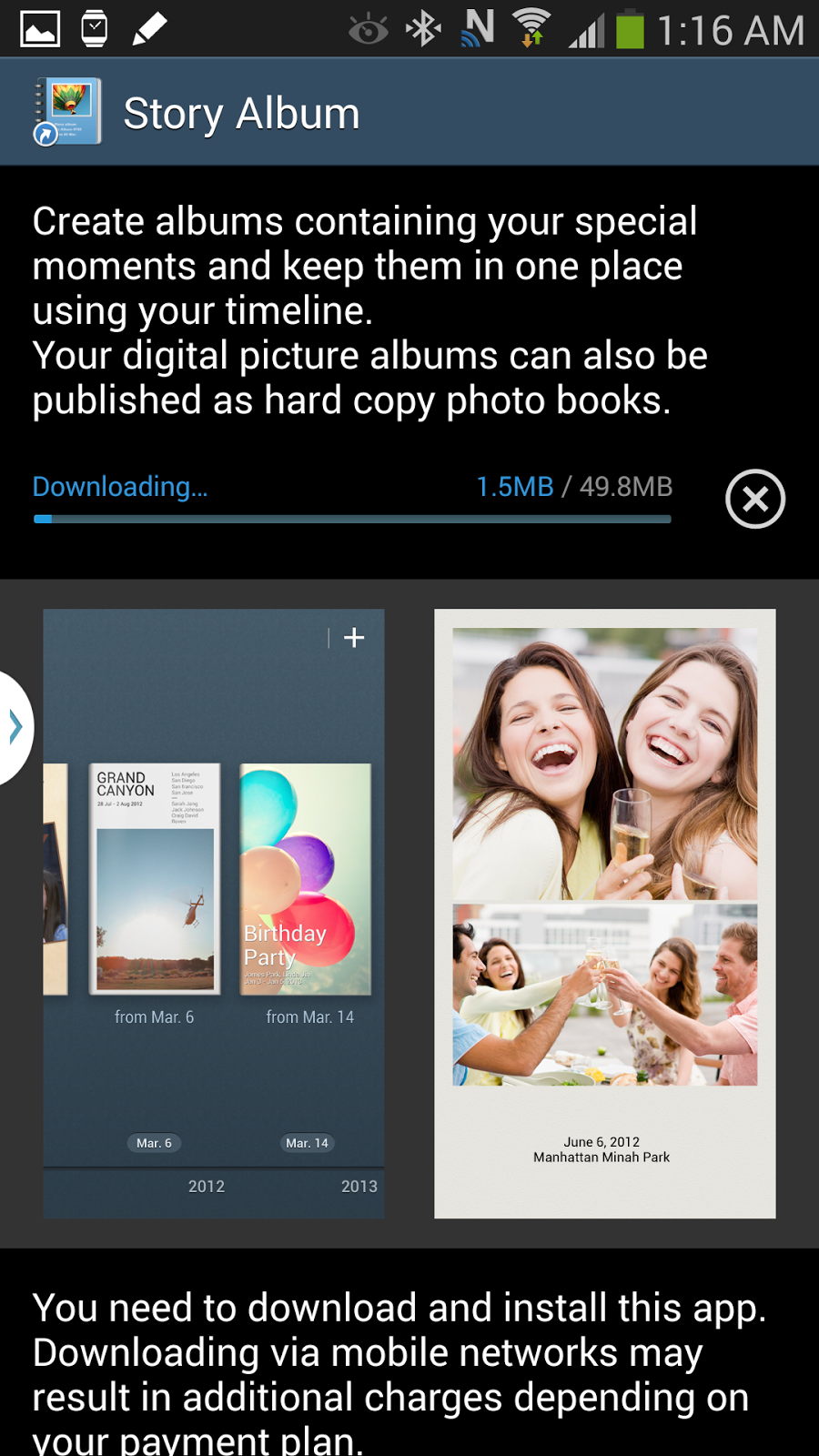 The camera... pretty amazing.  A lot of features, but they do well in 'hiding it', so that it's not a cluttered interface.  A bit of an ordeal if you're a guy like me who WANTS to get at every little minor detail, but for the majority user, it's really nice.


Overall the device is amazing.  It's screaming fast and a real treat to use.  The S-Pen improvements really make it more intuitively useful... with the other Notes I've found it to be a novelty, whereas it's progressed to a point now it really feels like a notepad.  Best of all... like the S4 it allows you to operate it via 'hover touch' ... which is spooky, but great when you use gloves in cold weather.


On paper 1.6" seems small, but this this is pretty large on the wrist.  Now, large time pieces are apparently in, but maybe it was because I haven't had a watch I've worn regularly since the 90s (aside from those dress up watches I have for fancy occasions), everybody noticed this thing.  I felt like those initial folks wearing 'Glass', I had a ton of people asking about it.

It was neat.  I really liked how the battery lasted seemingly forever (about 3 days) and by just tilting my wrist to look at the watch turned the display on.

Pairing it with the phone was weird.  To charge up the device you have to rest it in a special dock, which is like a weird clasp... and the charger (microUSB) fits in at a weird angle. 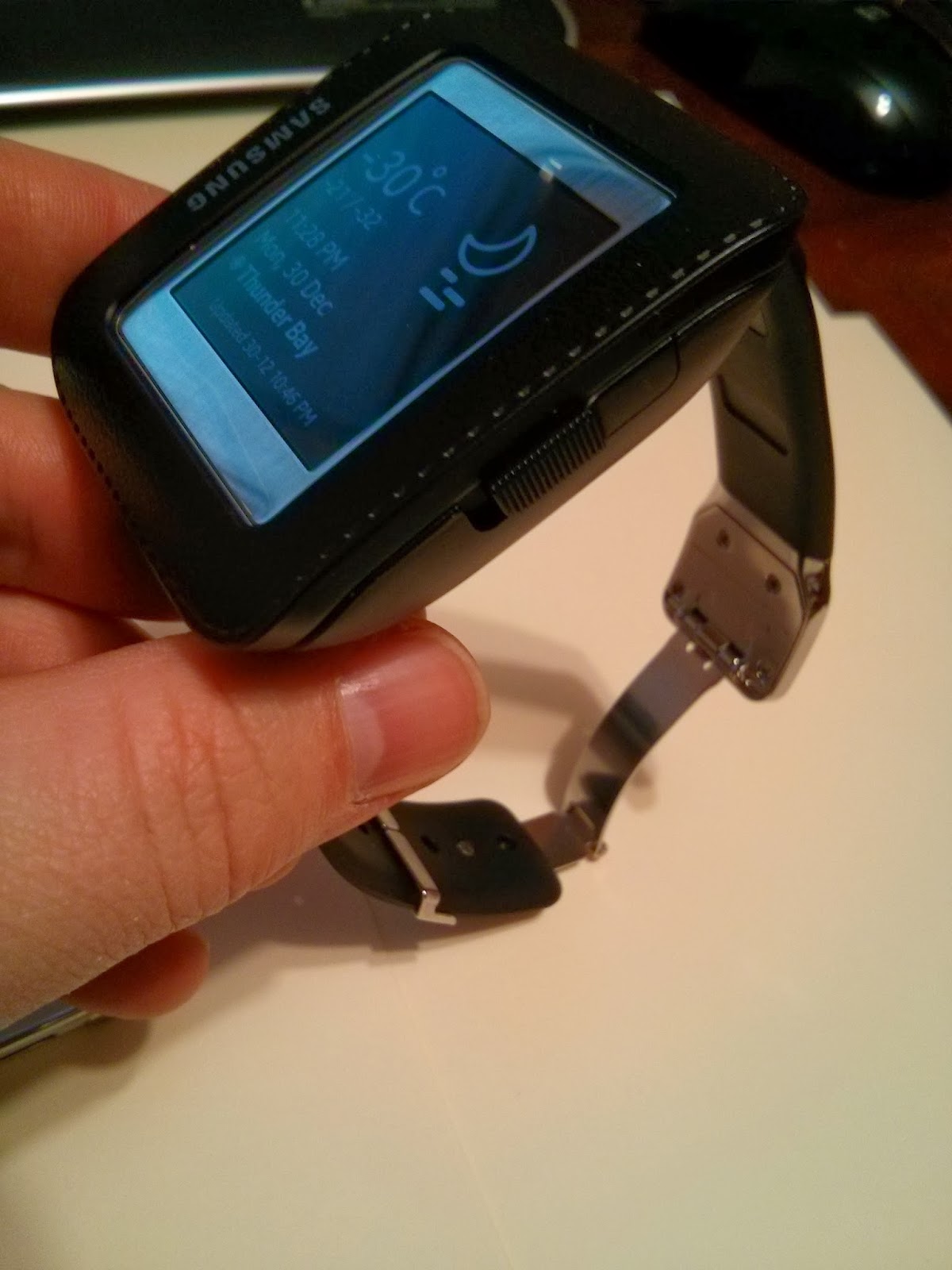 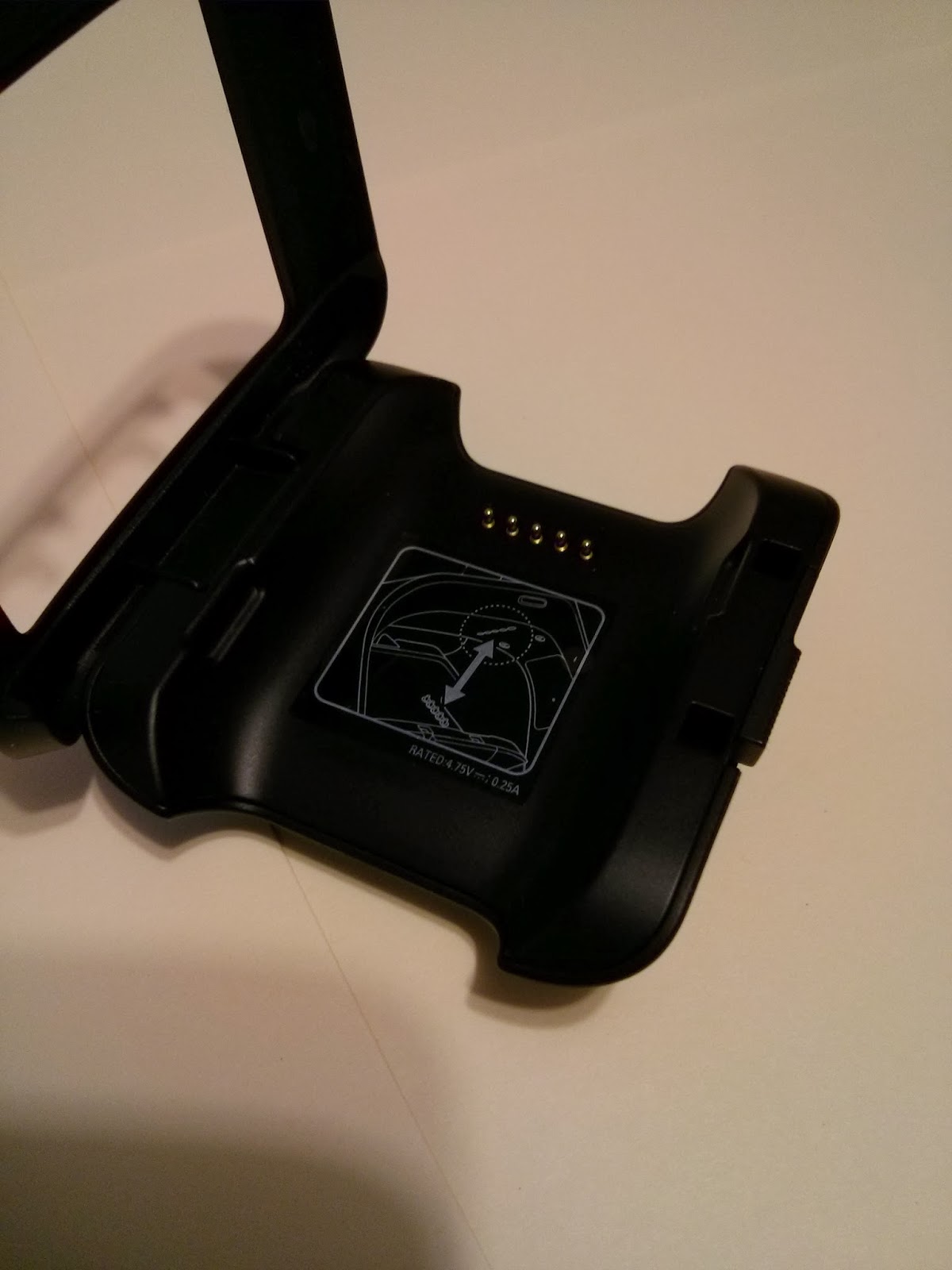 It's this 'clasp' that has the NFC needed to help pair with the phone... except it was a little awkward trying to get the phone in the wrist strap (remember, the Note 3 is BIG).  But you just have to do it once. 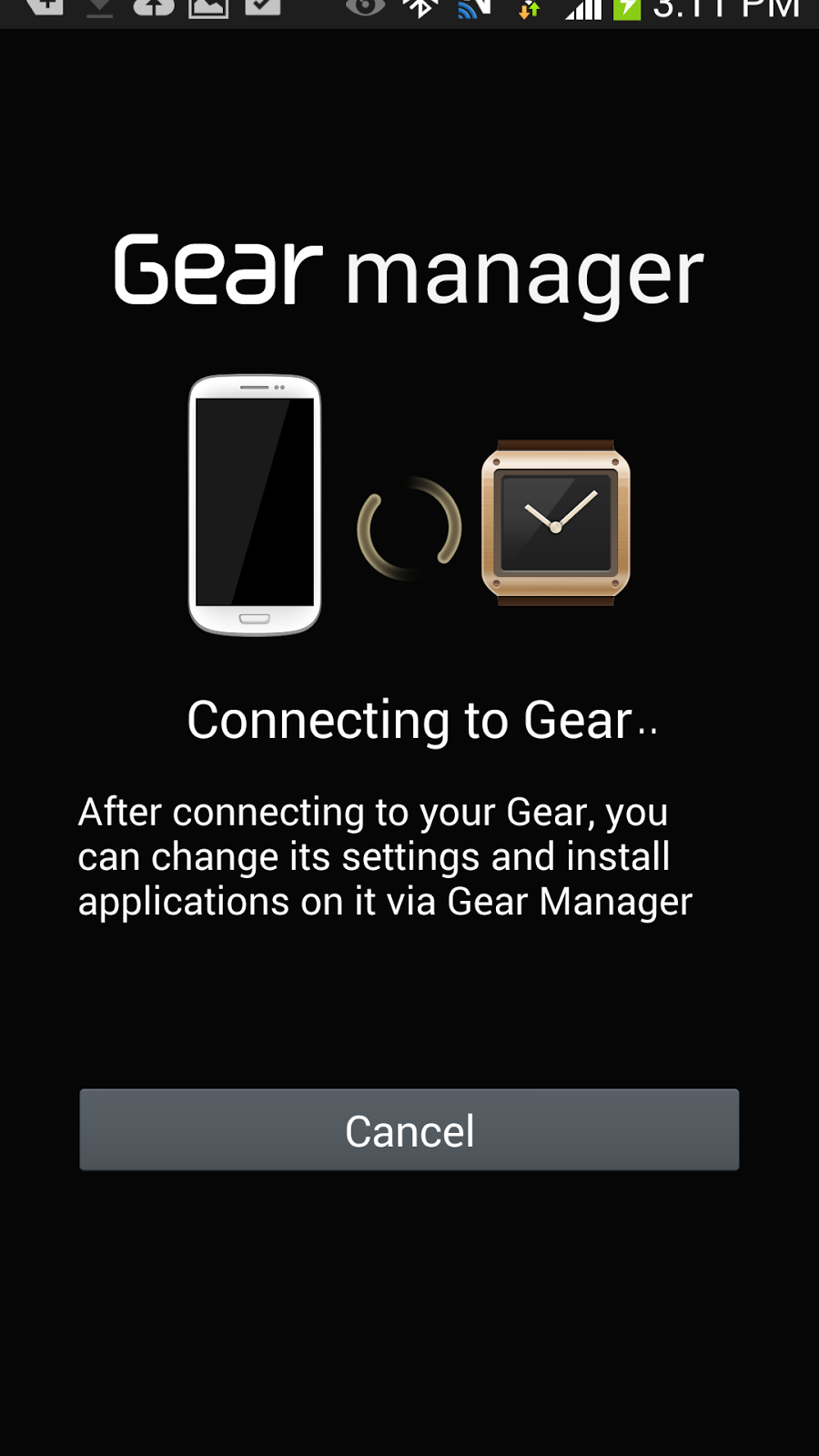 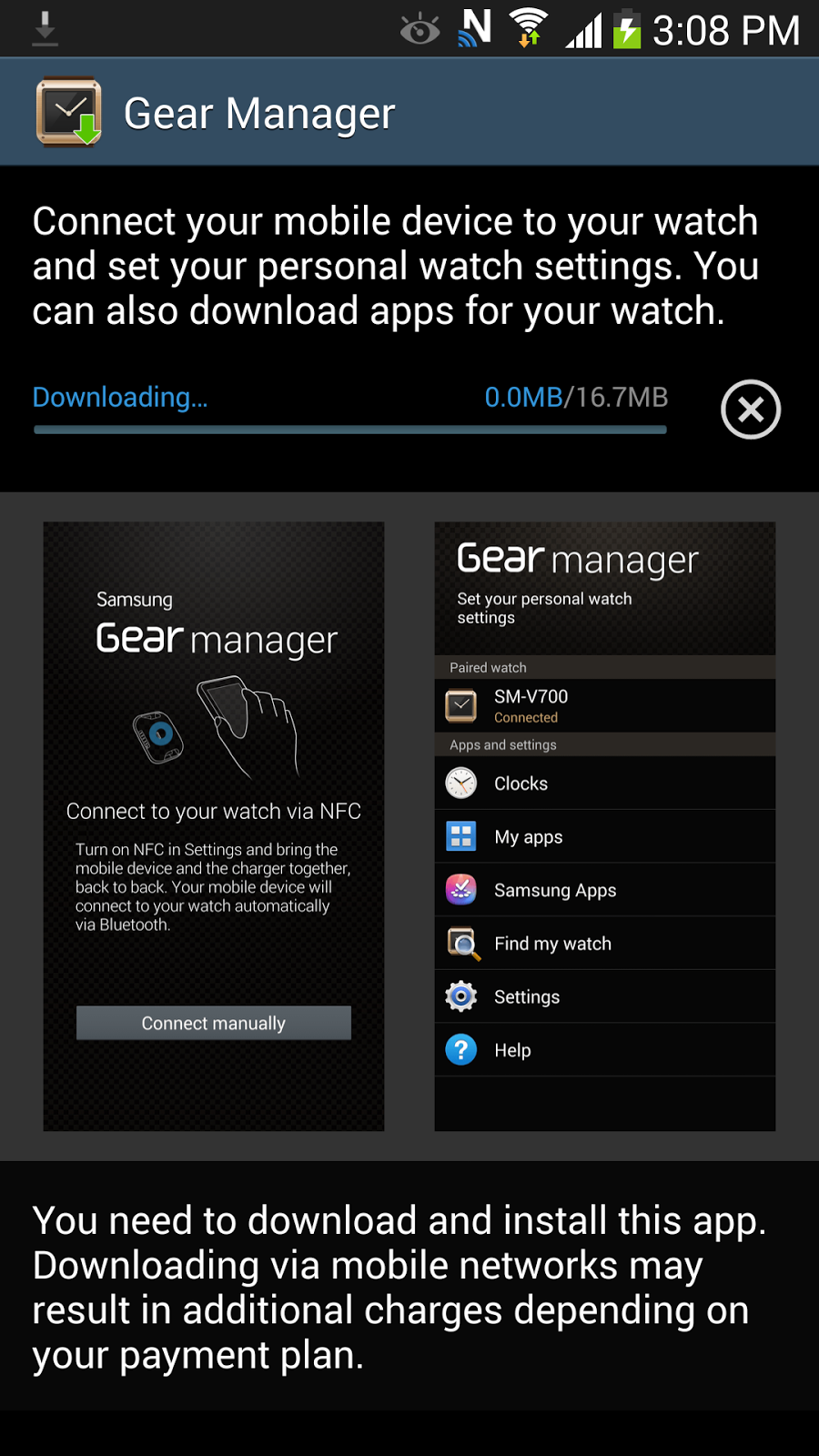 Once paired it works as it should.  Notifications show up and you can get the basic message or tell your phone to load it up for more information. 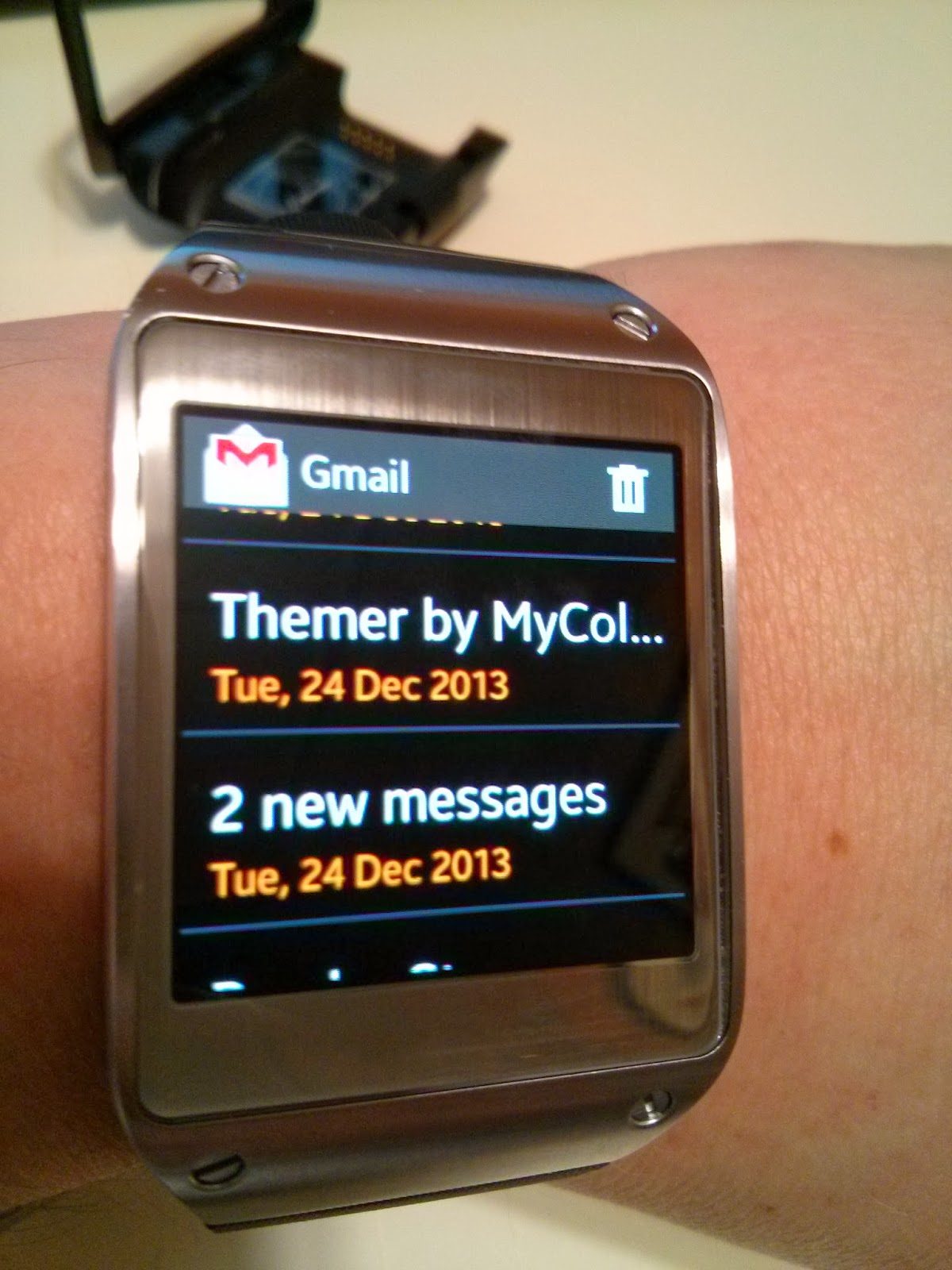 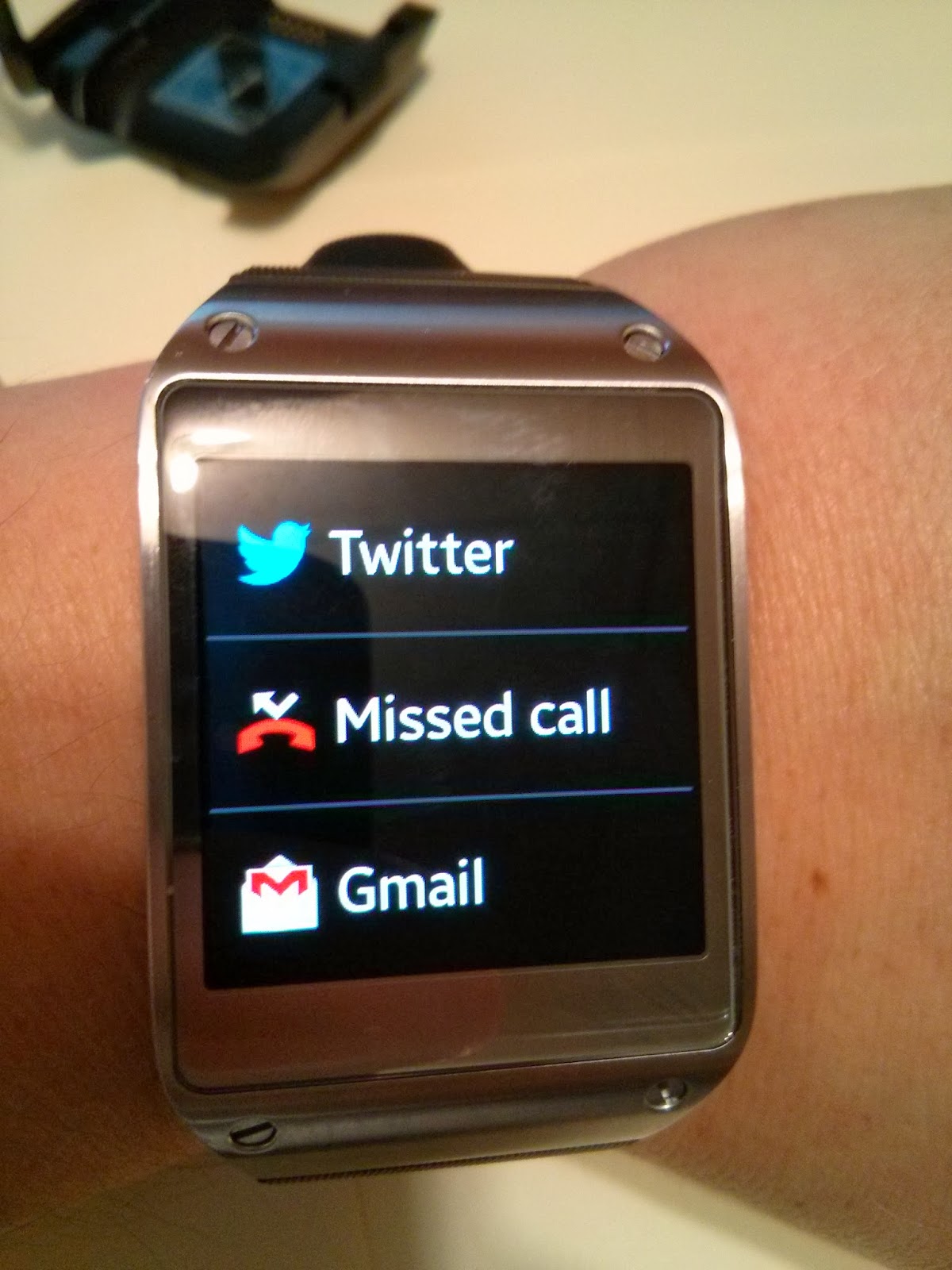 Navigation is very simple and really easy to learn.  Swipe down from the top to go back (unless you're at the home screen, then it enters the camera).  Swipe up from the bottom while on the home screen and you enter in the coolest thing about the Gear - the dialer.  Everybody... EVERYBODY I've shown this to has asked if it can dial out, and it can.  Dial as you would normally, it'll already be paired with the phone and you'll have the speaker on the clasp (other side of your wrist) and mic at the screen side.  It's a little awkward as the speaker is technically faced away from you, but regardless - you'll still feel like Dick Tracy doing it.  I really can't imagine using this to dial out for anything else but to 'show off'.

The camera is the 'odd man out' feature as its not something that people ask about, but I remind them it has.  Pictures can either be square or 4:3.  Nothing great quality, but hey, this is coming off your wrist.  It's just a little awkward to point and shoot that way.  It'll automatically sync these photos with the phone to their own folder (which unfortunately the Dropbox app doesn't recognize for autoupload sometimes).


Using the companion Gear app on the device you are able to find some other apps, however I must say I really didn't find anything that made me go "oooh", as it pretty much had everything I needed.  Taking voice memos, dialing, reading quick messages... Oh, it does also tie into S-Voice, so you can do some searching as well. 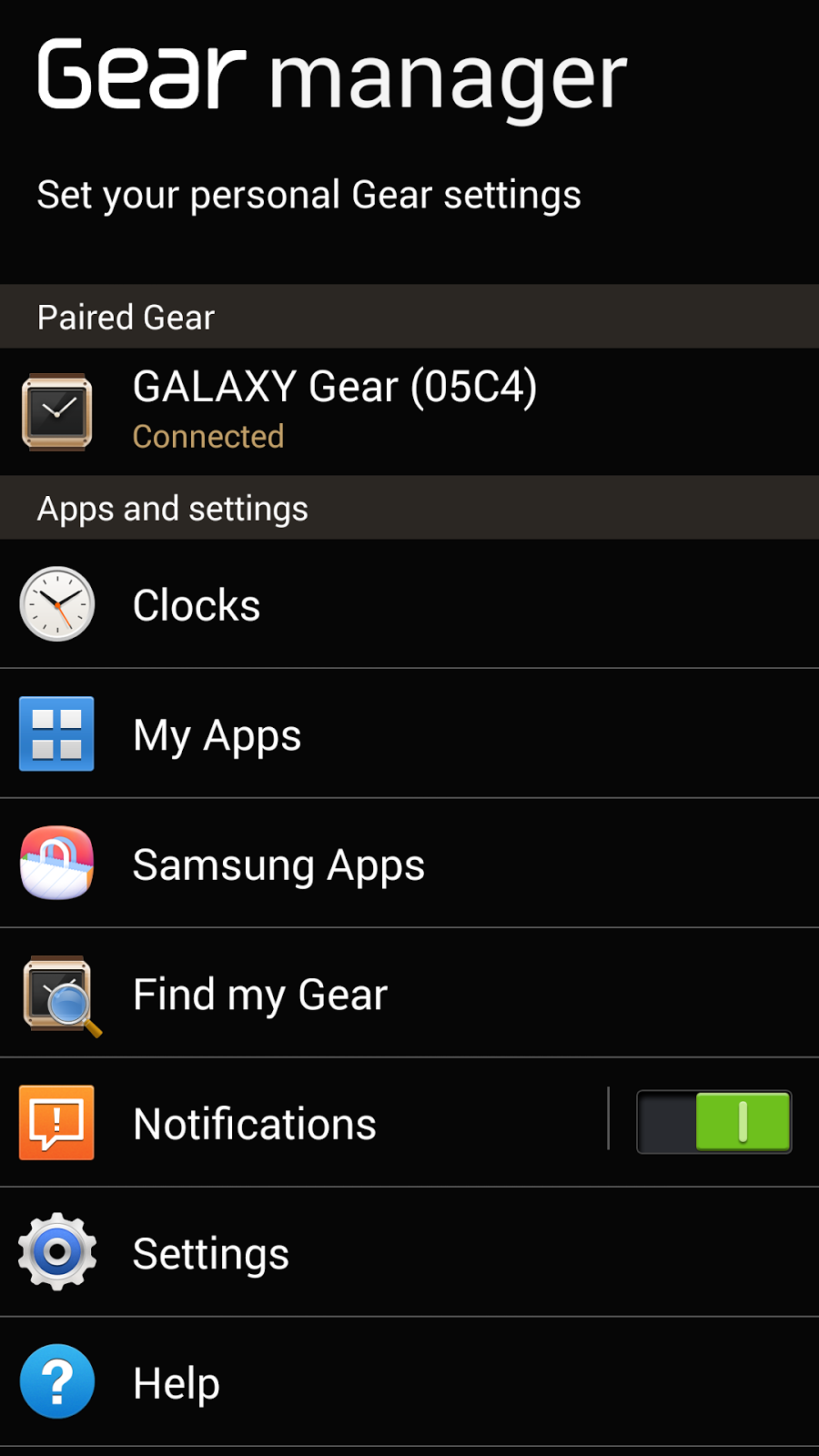 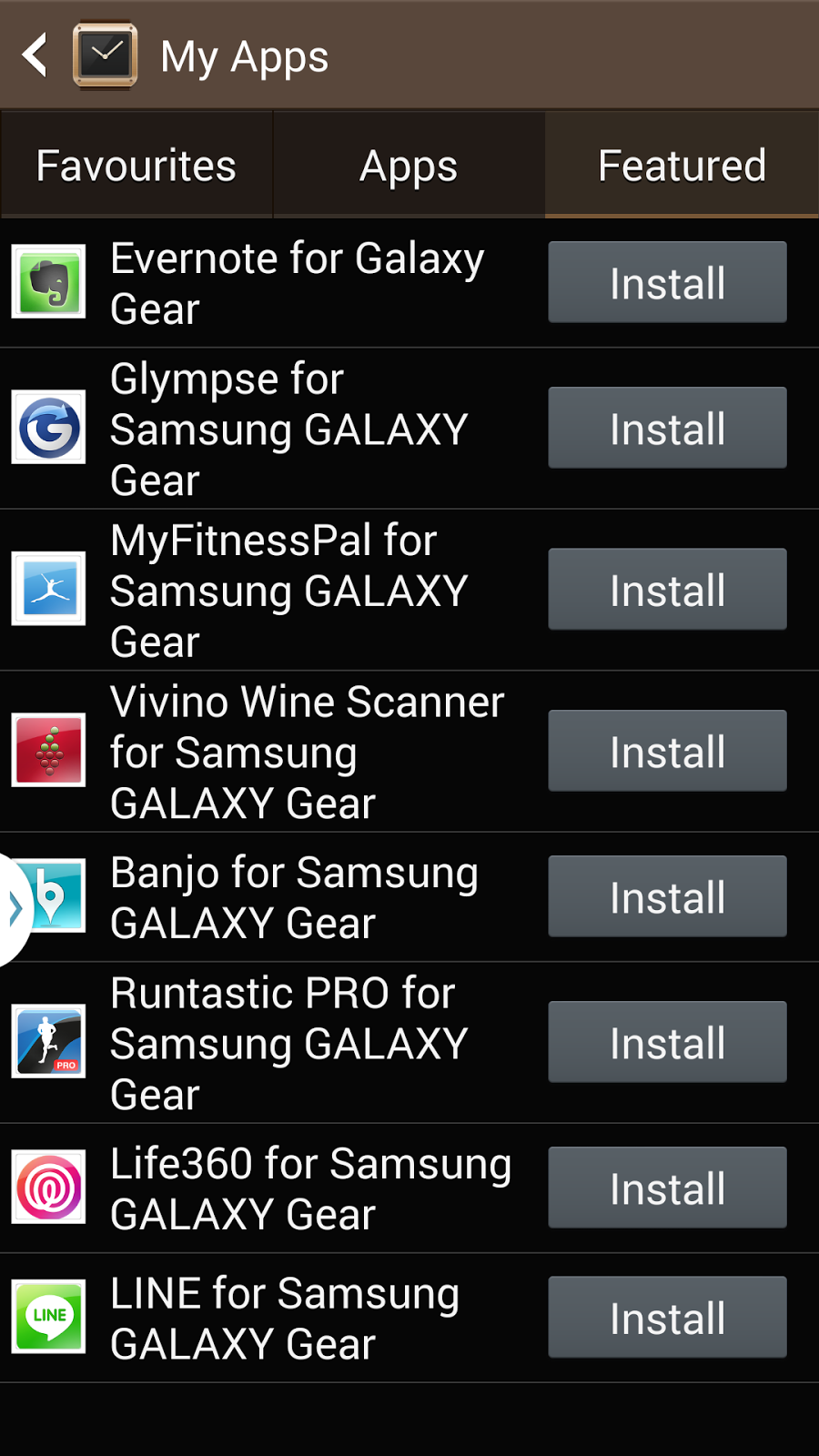 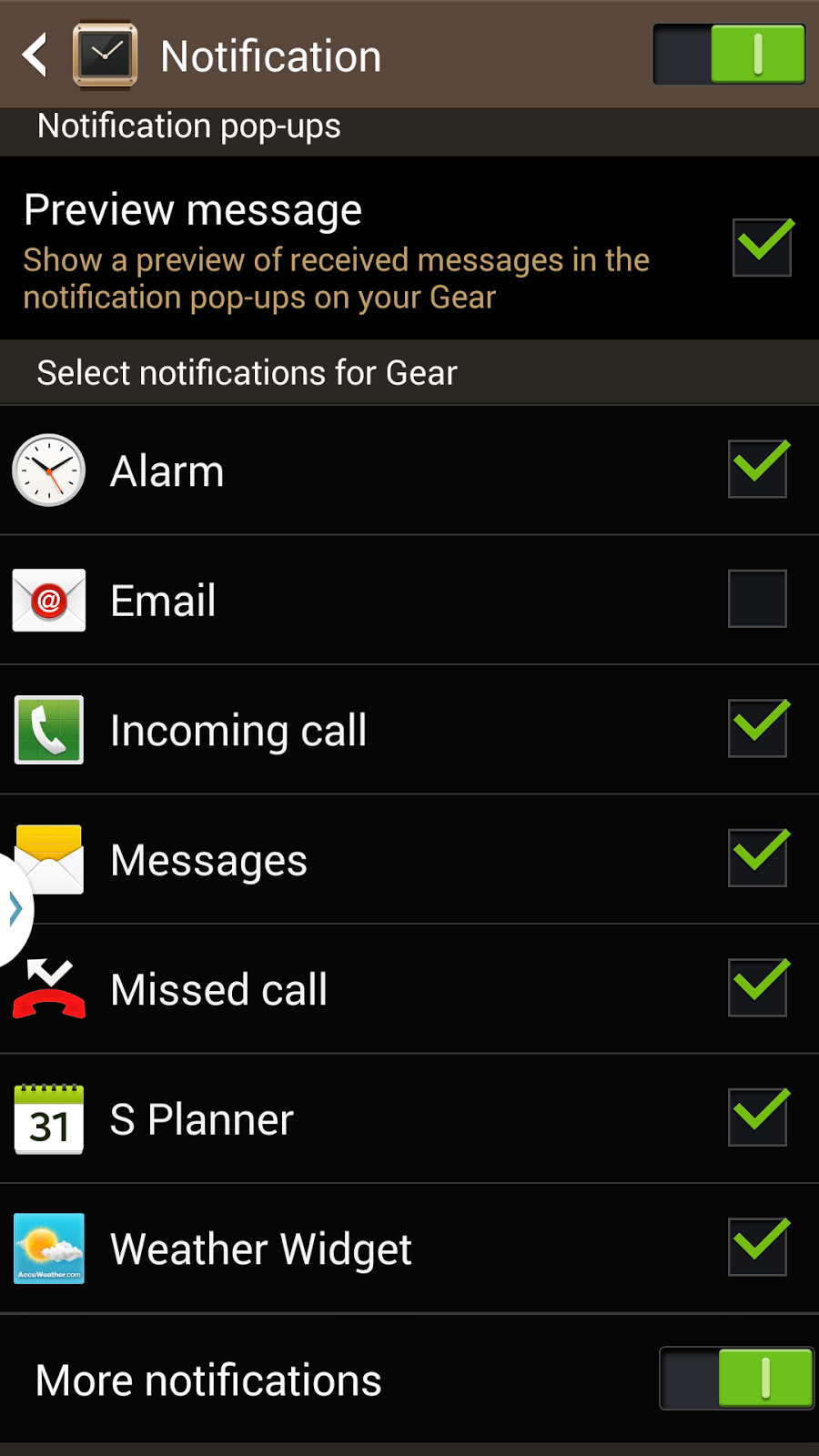 I like the idea of the Gear, but I'm just not sold as of yet.  For Samsung's first foray into the smartwatch it's a great entry and same as the Note series, I'm interested in what comes next.
Galaxy Gear galaxy note 3 Review samsung SmartWatch