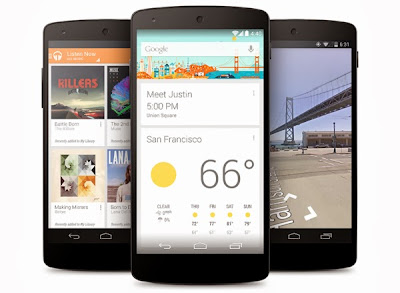 We've already done reviews about the Nexus 5 and so has pretty much everyone else, but how does this device hold up in our hands after the novelty has worm off? That's what we're going to explore in this segment. 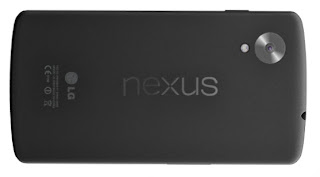 LG and Google's Nexus 5 has some very stiff competition to go up against. We have the Galaxy S4, Note 3 and LG's own G2, each offering their own version in the Android world.
Of course people who have a Nexus device strive for the pure vanilla, untouched version of Google Android, the way it was meant to be. Google and LG obviously listened to the constant reminders from their loyal users and finally released a 32GB version, on which pretty much everyone I know opted to pay the $50 extra for that extra storage.
Anyways, enough of the recaps and lets get down to how this phone is holds up today now some bugs have been fixed and running on the latest Android 4.4.2.

Since Google pushed the latest 4.4.2 update, performance has bumped slightly higher, and benchmarks show it. However, speed and the spectacular response of this device was never really in question to begin with. It has always provided a stable and consistent enjoyable experience.

Since more developers and apps are being updated to support ART, it's becoming more and more usable as a daily driver. turning on ART with your Nexus 5 unleashes the hidden potential within and an already speedy phone into something amazing.

The camera was something the Nexus 5 got ridiculed for above all else. Google promised to address this issue almost immediately after the phone went public, and Google made good on their word. Since the 4.4.2 update, the camera focuses more aggressively and is noticeably smoother when panning from side to side. Colors have been tweaked for a more true color.

Is the Camera amazing now? That short answer is no.
Although the camera has been improved, it doesn't match up to recent competitors such as the HTC One, and Galaxy S4. That being said, the Nexus 5 is also half the price of the said competitors, so some give and take has to be expected. It's not a great shooter, but it's good enough to get the job done to satisfaction.

The volume the Nexus 5 produced was probably one of my biggest issues with this phone when I first got my hands on it. Thankfully Google also addressed this issue by bumping up the sound in 4.4.2.
However the sound remains somewhat tinny, but can be adjusted though the equalizer that Google includes. So I'd label the sound quality as mediocre. After using the HTC One, it's really hard to find a phone that can match up to the amazing sound it produced.

I always praised the Nexus 5 for its amazing screen, and even today it's still the most amazing screen I've use so far. The colors are just spot on, and it's very bright and dazzling to look at.
However, that being said, the beautiful bright screen is also a double edge sword. Having such a beautiful bright screen takes its toll on the battery, and the auto-brightness seems to be a little too high in most cases. So if maximizing battery is something you're after, manually tweaking the brightness or using an app such as Lux is probably in your best interest.

The first question out of peoples mouths is normally, "How's the battery life". At first the battery life was pretty terrible on the Nexus 5, but the main reason for this is due to the fact that it's a new device and we're always poking at it and exploring all the options. Once you've allowed the phone to settle down a little, the battery life is actually pretty good.

I've managed to get an average of 4-5 hours of screen on time using the auto-brightness setting with all options enabled. If battery life is your highest priority, you'll greatly benefit from disabling Google Now and Location settings. Due to 4.4.2 Kitkat's high Google Now integration, it draws extra battery than previous OS's. All in all, the better life is pretty average and it still easily lasts a full day, with plenty of juice to spare.

I kept stock for a while when I got my Nexus 5, but after time the temptation got too much for me to handle. I ended up rooting and flashing roms, primarily CyanogenMod. After a week or two of flashing roms, I felt stock was simply the best way to go. I felt Stock was more stable, and frankly, stock and enabling ART is just top notch in my mind.

Stock is the way to go in my opinion.

This is the best phone $350 can buy you. It gives the OEM phones such as HTC One and Galaxy S4 a run for their money. Of course there are give and take portions when it comes to comparing phones, but the Nexus 5 is not bested in all fields when it comes to its competitors.

The Nexus 5 is by far my favorite phone of this year, and I'm proud to set my HTC One and Moto X aside and allow my Nexus 5 to take its rightful place in my pocket.