Greenify is here to make sure you keep breathing life into your phone! Greenify aim's at breathing life into your smartphone by putting your unused application in "hibernation", allowing you to get longer battery life. (ROOT REQUIRED).

I was browsing around Google+ like I usually do and looking at new app's to try and play with and this one struck me as it's been updated for Kitkat.

Greenify wants to make sure that you can still use your application even thought they've been place in a hibernation state unlike Titanium Backup were the application is disabled entirely. Making it much easier to stop those pesky apps from running and killing of your battery.

Now if you're looking for features, well your in for a PUNCH! There's plenty to choose from with varying degree of use but that will set your back 2,99$ for the "donated" version of the application which I gladly gave away. This will also require you to have the Xposed Framework as well and have the Greenify module activated. 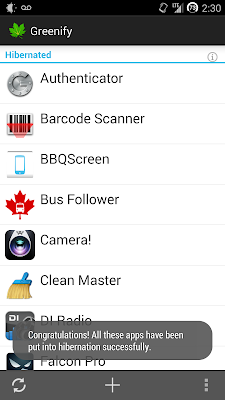 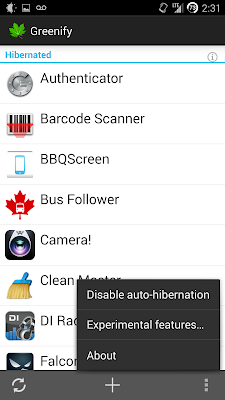 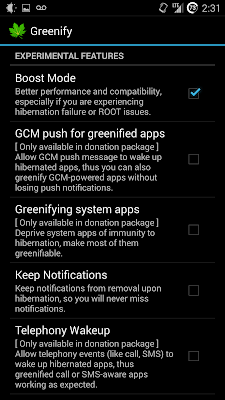