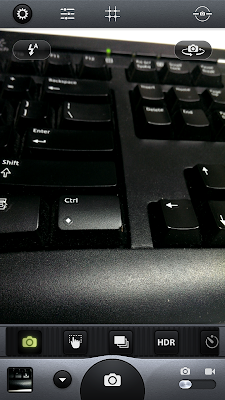 The application is just that AWESOME and that's because the developers have put great care into the interface, the feel, the options and making use of the Tegra 4 engine. Yes this application is tailored for Tegra 4 phones.

On that note let's take a look at what this app has to offer you the user.


As I'd like to say "One app to rule them all" this is it. The moment you press the button you'll have a picture snap. By following the on-screen information you'll know exactly what's going.

Once you're done snapping your picture just use the built-in tools to edit, crop, change, modify or AWESOMENIZE your pictures and share.