SurDoc - giving you the most for your cloud, for free!

Posted by Ryan Moore on November 26, 2013
So, I'm the cloud guy... I love storing files not on my own device, but in the cloud and ready and waiting for when I want to use them.

I keep a database of all the different types available for Android; and I'm always on the lookout for more.  Especially as the one I've been using for my desktop (Crashplan) the subscription is about to run out and for the next year they want 2x what I paid previously.  So I was really on the lookout.  Enter SurDoc:

So, why SurDoc... they're big on security.  Then again, you really can't be in the 'cloud game' and not say that.  But they make the claim that they're the only company that CANNOT read your files:


Are my files encryped?Yes, files are encrypted with 256-bit AES encryption, the US Federal Government gold standard for file encryption. All data is stored encrypted – neither SurDoc‘s staff nor anyone else can view your private files.

How secure are my documents?
Your documents are very secure because SurDoc solely uses premium-quality hardware and complies with the best practices of industry data security. SurDoc’s servers keep all data redundantly in three backup layers, by automatically replicating them both internally and externally. In the very unlikely case that something goes wrong with this, we also keep a conventional offline backup.

When I give a rating on my database, I show off which is the #1, 2 and 3 for free space, cost for space and referral bonus.  SurDoc just replaced all previous leaders and took top spot for each.


Not bad.  Primarily SurDoc is meant for 'documents'.  As for the first tier of the pay plan you get the same space, but more 'annotating' per month.  Uploading photos is allowed, but there's no thumbnail.  You can 'preview', but it's slow as all get out, so looking for that one picture, might take a while. 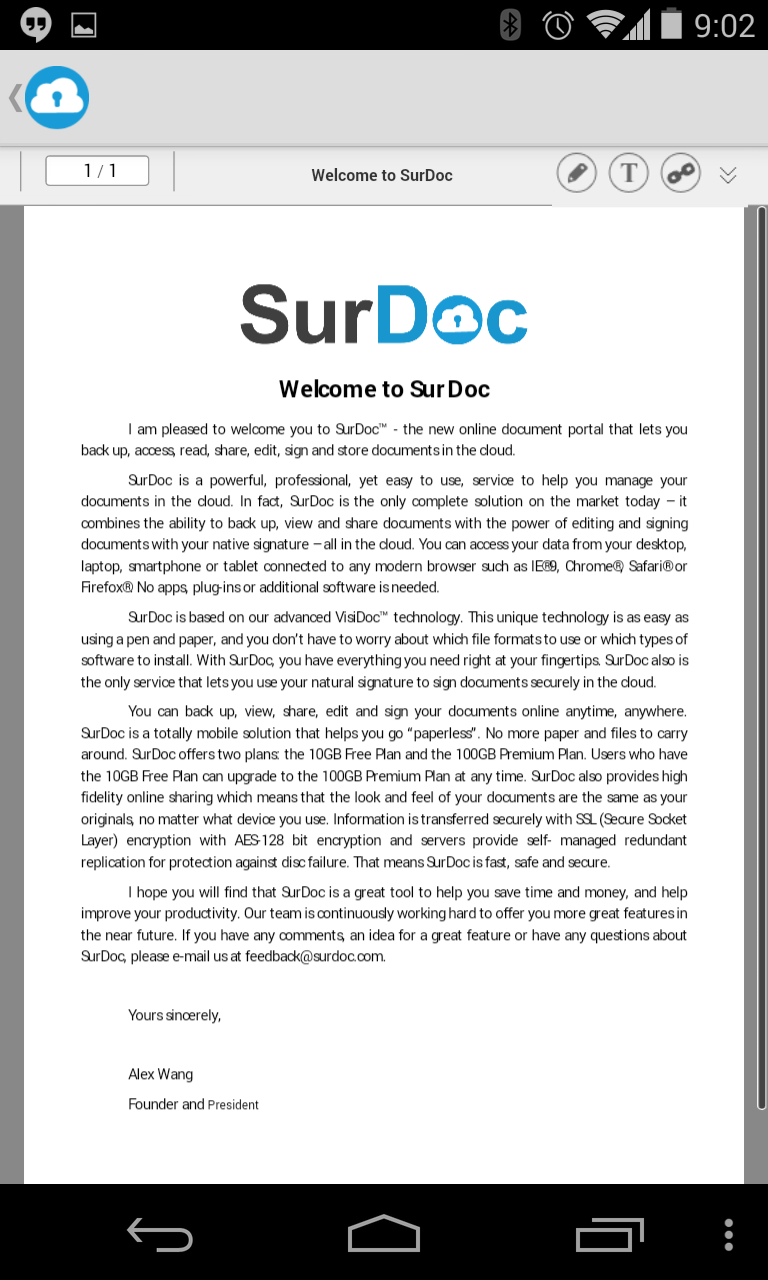 I'd really recommend this service as a backing up service for your files on your computer, rather than a "hey, let me pull that file up for you" service.

They do also allow for auto backing up of your camera shots on your phone as well as some of the 'important' folders, like DOWNLOADS, DOCUMENTS, etc... 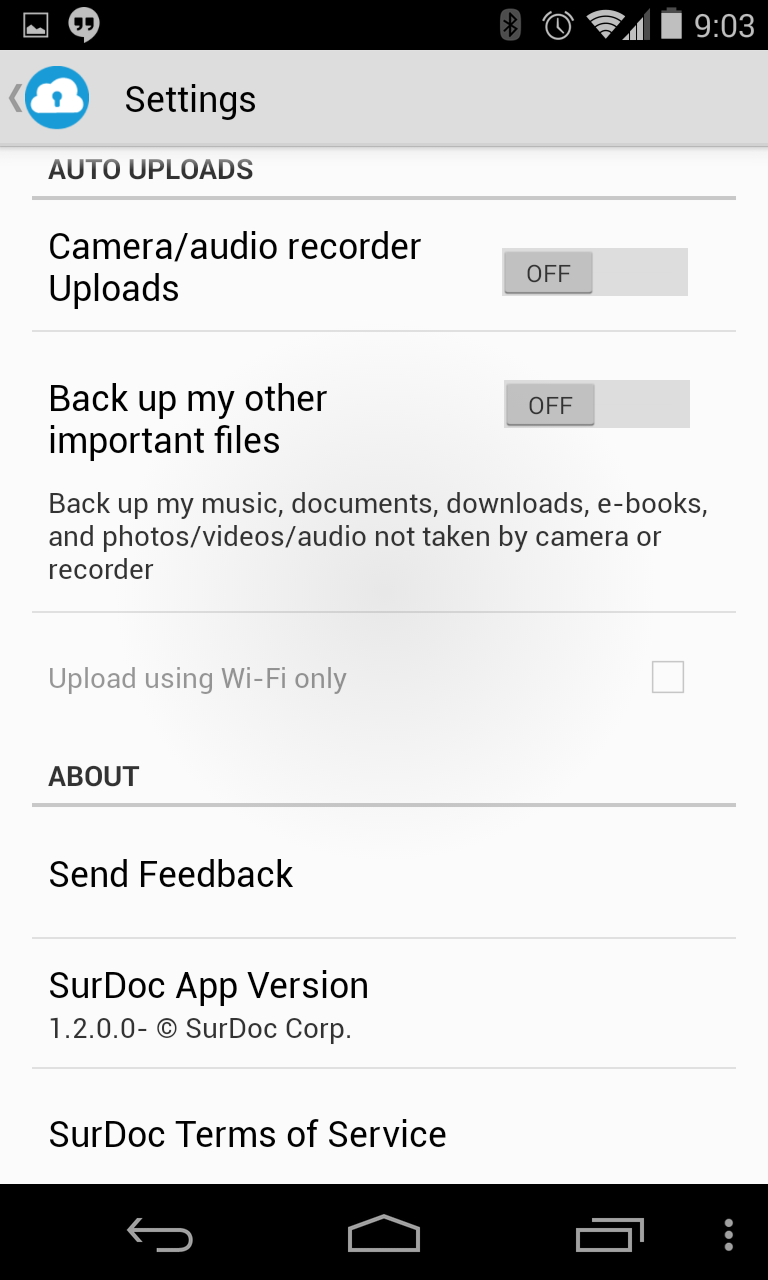 “Special files” include files that you can neither print nor play,like executable binaries, database dumps, etc.