Rogers One Number for Smartphones 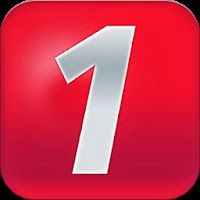 This time around I'm talking about their newly released Rogers One Number Smartphone. 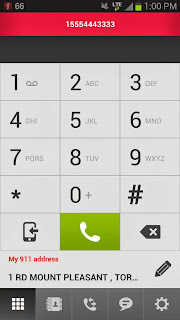 With Rogers One Number installed on your Smartphone, there's so many things that can be done to enhance your service. Some of these things I do personally.

Many people have an old phone tossed in a drawer somewhere. That old smartphone from years ago can have Rogers One Number installed on it and have it become your house phone. Because it's making VOIP calls, you don't have to worry about it burning your minutes, and your personal cell phone can remain in your pocket.

Want to have an emergency phone for a family member? paying an extra $10 per month you can share your data plan to another device. If you share it to another smartphone, you can use Rogers One Number to place that rare call that no one ever wishes to receive. This is a great alternative to paying for a low cost plan from Rogers that's going to cost well over $10 and have no features except 100 minutes.

For me right now I just got a new phone, and I'm constantly switching back and forth to see which one I really like best. Having Rogers One Number installed for Smartphones, I don't even have to swap sim cards anymore, as both phones will ring when my number is called.

These are some of the reasons why I feel Rogers is the best carrier in Canada. They offer some of the best features for free. However, there'll be just as many people who'll disagree with me for their own reasons. There is no carrier that's clearly better than another, it all comes down to personal experiences and who's heard or experienced what horror stories at the end of the day.

I'm sure most people already know, but it still needs to be said. Rogers One Number service is only for Rogers Wireless customers. If you want to grab this free app and give it a spin, you can download it below through the Google Play Store.