Moto X Maker in Canada - is it too late? 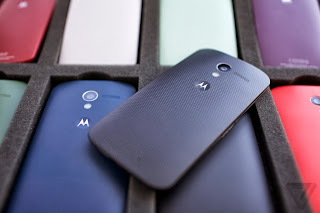 I made a post a month or two ago about the Moto X Maker coming to Canada, If you missed that article you can Find it Here.
Some time has passed and we've yet to see it appear as promised. Could it be taking a little extra time than initially thought, or has Canada been dropped from the project? 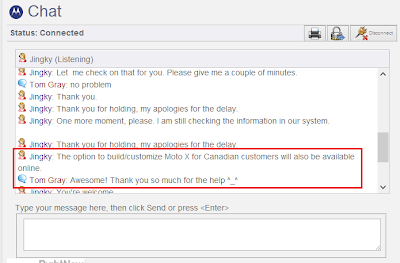 I posted proof of my findings when I get my answer and nothing actually materialized. However, when we look at our US friends, they don't even have the Moto X Maker for all their carriers yet either. I just seen that +Verizon Wireless is opening their Moto X Maker on November 11th. So not all hope is lost for Canadians to get their chance.

It does seem like a long shot since on the back of our Moto X's say "Made in China" when +Motorola Mobility said they were all going to be made in the United States and were proud of it. But all the lies aside, having a November 11th date to me seems a little too late, don't you think?

What else comes out in the middle of November? Nexus 5.

With the Nexus 5 likely following history and being released in November it'll overshadow the Moto X, and likely sell 10 to 1 on the market. This leads me to believe that Motorola may have missed their mark when it comes to timing. If they would have sold the devices straight from their website without carrier ties, or even from the Google Play Store as some thought, the Moto X would have been a much larger hit than it is now.
Sadly for Motorola, the Nexus glory days just around the corner and I feel the Moto X's time is coming to an end.

That being said... Do you think the Moto X will have great success when the Moto X Maker becomes more standardized, or have they missed the timing deadline for the year? Sound off in the comments below and tell us what you think.