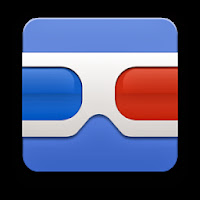 Google Goggles was a fun application to play with when it first came out years ago, but over time Google has let this gem get a little dusty. There's been no recent updates to it, there's also no one talking about it or even using it anymore.

Granted there's bound to be a few people using it here n' there, but when's the last time you've actually used it yourself? We're going to explore a few things that you may've not noticed. 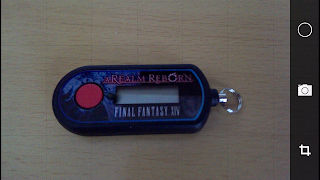 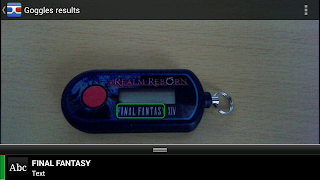 Google Goggles was actually one of the first apps I showed my mom back in the day to get her hooked on Android, and it was an overwhelming success as she's still using Android. That may not mean much to the common reader, but she's a non-tech person, and this wow'd her.

Last year I thought for sure Google Goggles was going to be cut with Google Reader because it goes long periods of time without updates, also there was an interesting option that appeared, then later disappeared not long after. 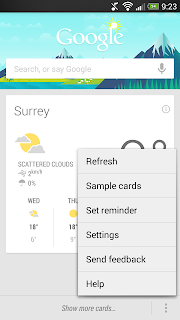 I'm of course talking about the "Search from Camera option" that use to exist in Google Now. Essentially in this list of options, you'd see "Search from Camera" as a selectable option, and it'd turn on your camera and pretty much was Google Goggles built right in. A while ago this option was quietly taken away with no explanation why. I for one miss this option and prefer it over an extra app installation such as Google Goggles. It was great to launch Google Now and use it as a built in QR Code scanner.

This news isn't anything that happen recently, but I'm still asking the question "Why?". In my mind it begs the question, was removing Goggles from Google Now a smart move? or is there more to this story that we're missing?

Where do you stand. Do you like Google Goggles as a stand alone app, or would you prefer it put back into Google Now? let us know in the comments below.