Posted by Ryan Moore on August 09, 2013
I love the fact that they've removed 'optimus'.  Didn't sound right talking about a phone, anyways.  The successor to the G (can't call it G1) is officially out yesterday.

The original G was the inspiration/sister phone to the Nexus 4.  When I got it, I was flippin' amazed (here's my video).  I knew I had to get it (or the Nexus 4).  LG hadn't really been a major player for flagship phones, but this phone really separated itself form its past.

Then we saw the G Pro, which was a nice competitor to the Note 2 phablet arena... so how does this new G2 line up?

If you want to watch the whole show, you can:  http://www.youtube.com/watch?v=aQLLee2vMFk

But I can save you some of the almost 2 hour live stream, here's the highlights:
5.2" is a little large, but as they say "it's the largest that one can use with just one hand".  Might be a bit debatable.

2.2GHz sounds like a HUGE number, and showing from some of the benchmark results out there, it's obviously crushing it.  But there's a split in discussion as whether it's 'fast enough' or 'too bloated to tell'. 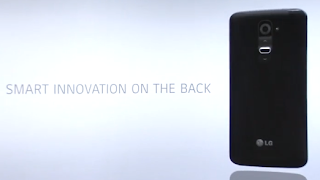 Some cool highlights of the device are the fact that the buttons are now on the back of the device.  It keeps the bezel looking sleek without any 'bumps' to mar the look, but I'm not sure how it would be to use the device.

Also there's a 'knock-knock' wake up feature, where you just double tap the screen for it to wake up.  How it knows you tapped it to wake up or just accidentally tapped it in your pocket... it'll be interesting to try out.

There's also a neat 'quest' mode, something that we've only really seen in tablets with the multi-user feature.

The IR port can act as a universal remote for many different devices (but will it have a TV guide feature?). 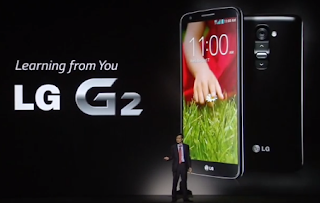 Are you interested?  No word on which carriers as of yet, or pricing.  We'll keep you up to date when we get word.

We've updated our database to include this device now for you to compare: