Posted by Unknown on August 27, 2013
The confirmation comes from an interview that Lee Young-hee, Samsung’s executive vice president of mobile had with The Korea Times. 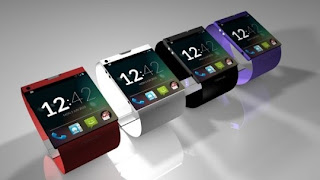 " Comments on the watch included how it will be a “wearable concept device” and that it “will enhance and enrich the current smart mobile experience in many ways.” The other bit mentioned was how the Galaxy Gear will not have a flexible display. "

I think this awesome personally. I've been waiting to see if and when Samsung would release a smartwatch. I'm definitely a contender to see about getting one. This announcement is just before the IFA 2013 officially start, coincidence? I don't think so.
ifa 2013 samsung SmartWatch