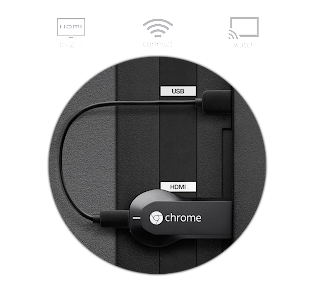 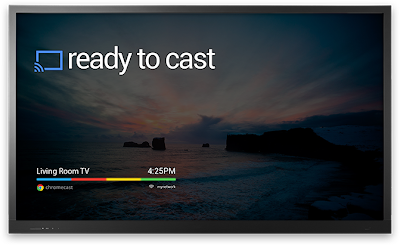 ChromeCast is this beautiful thing that you plug into the back of your TV and it bonds your TV to your phone, providing you with this perfect marriage. 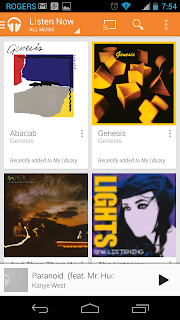 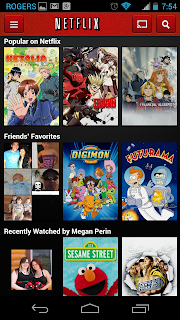 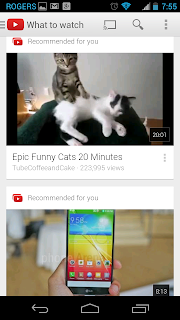 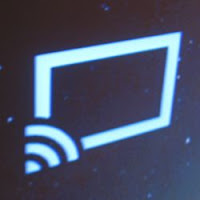 So ChromeCast adds this icon to your Google Play Music, Google Play Movies, YouTube, and Netflixs. Currently these are only the only apps that allow you to cast to the TV, but they're more working with Google to get their names added to this list in the future.

On a side note. +Koushik Dutta is working on something Called AirCast, but he's forced to change the name due to copyright issues. So the rumored name of KoushCast is in the works that'll help you stream content from your Google Drive or DropBox.

Because his app is currently under some legal stress of names and such, I won't be posting links. However, if you know how to use Google Search, it's not hard to find.

Because this is a review, I need to point out the goods with the bads.
During my month of playing around with my ChromeCast in Canada, I've had it freeze on me twice. I had to gt to the back of my TV and unplug the ChromeCast Power Supply and Plug it back in to get it responsive again.

ChromeCast isn't easily manipulated with DNS or VPN servers and settings to stream US content in Canada. It appears the ChromeCast has some internal code that block that kinda thing. There are some workarounds, but they require special routers and advanced options and tweaks to make it work. I looked into it, but it just seemed too much work than it's worth.

Is ChromeCast worth the $35 price tag? I personally say Yes.

It's not going to out perform your Google TV, but it's going to give you some more streaming options from your phone than your Google TV can at this point. Chances are the next generation of Google TVs will take the functionality of ChromeCast into account.

This isn't a feature packed unit, but for $35 bucks, it gets the job done and it does it very well.
As always, we Canadians are getting the raw end of the deal. ChromeCast isn't sold in Canada, you'll need to have a friend send you one, or go hunting for one on your own.

If you're ever traveling to the states and see one of these on the shelf at your nearest bestbuy, buy it immediately. Many of my friends have gone to the states to get one and came back empty handed due to everyone being sold out.