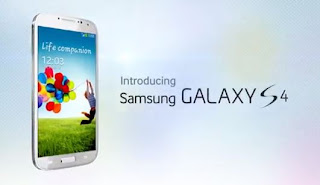 So, just prior to the event we've seen a lot of leaks:

But now the deets are out, and let's take a look.

Wait... I can use it with gloves?  I won't need special gloves to use it?  Very handy to us Canadians, except now it's not so much 'glove weather'.

First and foremost it looks as though there's going to be 'regional differences'... of course there is. *sigh*

It looks like it's going to all the major telecoms in the country:

Specifications
So what did they add to it for TouchWiz's fancy features?
You can watch the recorded event here:

No mention of wireless charging tho'... hrmm...

Compare the S3 to the S4?
It's listed on our database under Canadian Android Devices.  I don't have the prices from the carriers yet, but hopefully soon. The expectation is that it would be probably $200 on contract for the device (whereas the S3 is usually $0).  The UK is showing availability in mid April... so here's hoping.
See any big improvements?  Obviously the CPU is hugely different... here's hoping that that's the processor we get - as it's still not confirmed.  Other than the big thing will be the software, but it's unclear what, if any can 'travel' to the S3 as well.
Galaxy S4 release samsung