So earlier this week I asked you a question for the weekly poll.

How do you use NFC?  If you haven't answered already, please go take a moment and do so.

It's been a feature in our Android phone line up since the Nexus S.  It's almost a given that the phone will have it now, regardless of which brand.

But what really is it?  You see it's all about tapping things together, but how do you use?

There's 2 main ways you can opt to use NFC in my mind.

1 - Device to Device sharing info
This is commonly what you may think of when you think of NFC.  That whole "phones near each other" gesture like in that Samsung ad.

This requires one device having something to 'share' to the next phone.  This is usually is something like a contact, photo, URL, YouTube clip, map or apps..  Files can be done, but a little trickier.  (File Expert is recommended).

Essentially what's happening is that they are sending files to each other using Bluetooth and the NFC is quickly sharing each other's settings (i.e. pairing and whatnot). 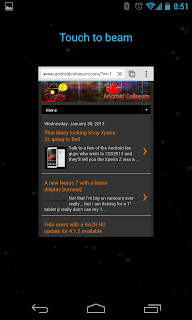 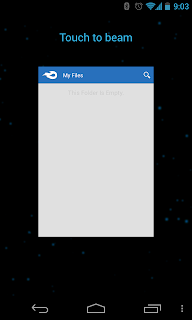 Pretty simple and straight forward.  Same can be done with photos you take, and that's how I tend to use it mostly, sharing a cool shot with my wife's phone. 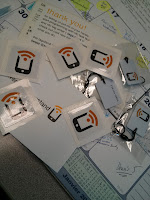 You can have your phone scan a tag, and depending on the info on the tag it can react one of 2 ways.

To me this is the most interesting option.  Plus as a way to 'market' this is neat.

The first (I'll call method 2A) is like in the video below, it contains some 'default' info.  A URL, a contact, or similar.  Anybody with a NFC enabled device can scan it and read the contents.  Essentially it's like a complex TXT file that you can read.  Depending on the hook, it may launch the web browser, contacts or Foursquare app.

I'll discuss later how you can write these yourself.

The second (I'll call 2B) is that you use a specific program on your phone to use the NFC tag as a trigger to perform a specific task.  The issue is that only those with the app on the phone programmed the same way can use the tag.  It's like hypnotism in a sense.  Hypnotize 2 people and tell them the keyword is pineapple.  Tell one to jump up and down, and the other to hump a chair (I used to go to some fun shows in uni).  Say the word pineapple and they react differently... and those who weren't hypnotized don't react at all.

How do we do this?

First let's do a standard write to a tag - method 2A.

You need an app to 'write' a tag.  I recommend NFC Writer by Tagstand, it's the simplest, most straightforward app I've used.

It's pretty straight forward.  Choose what you want to write on the tag, and then you get the option to 'write'.

Just click 'write' and move the phone over the tag. 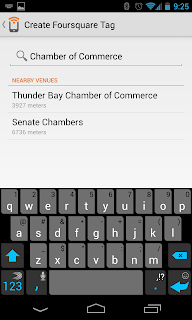 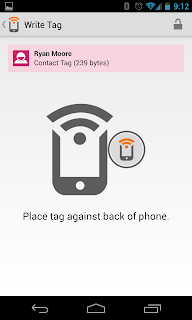 When you scan the tag, it'll ask if you want to do another (say you want to make a bunch of the same).  Note that doing contact info with more than BASIC (i.e. just phone number and email) you'll need a special tag.  Typically most tags hold about 144bytes.

This would be neat to make a Four-square check-in for your work and put it on the front desk with a sticker style.  Or you could try to make a 'viral marketing campaign' and put the URL for your project on a sticker and place it everywhere.  A much cooler thing than those passée QR codes.

Method 2B - Using an app to have the NFC act as a trigger for tasks.

I recommend NFC Task Launcher by TagStand, again it's about the easiest to understand and looks really good that I've seen.

Plus, the app itself has some great resources and you can buy more tags VIA WALLET.  To me, that alone is worth using this app and this app only.  Plus they have some stats, so that after a while of using it they'll show you how many actions you saved.  Pretty cool to be efficient.

To write a new tag for a task you can slide left and see some standard examples.  Car mode, office, etc... 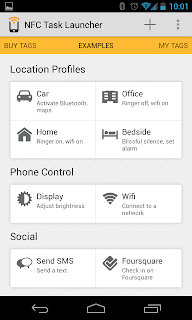 If you want to 'do it yourself', you can make a pretty complicated series of events occur.  Go to the 'my tags' tab, and hit the + button.  I recommend this as it's a good way to 'make it your own' and you'll learn more.

Give the 'tag' a name and start picking your triggers.  There's a ton to choose from. 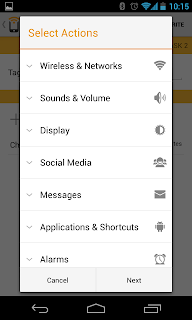 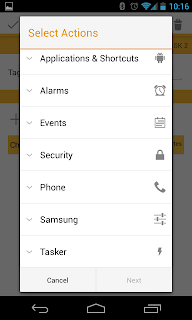 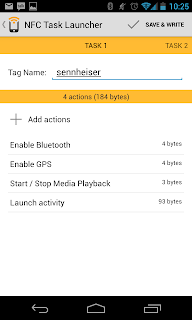 
So when I save & write I can now scan the tag and my phone will turn on BT, turn on GPS, start playing music and start up Endomondo.  Essentially my morning 'routine' to set up my phone to bike to work.

You could make a 'switch tag' (i.e. swipe right to build another set of actions).  Switch tag works on the second time the tag is scanned.

And that's just starting to scratch the tip of this iceberg.  There's so much more you could make it do.

Some of the stuff you guys are sharing are pretty cool too.  I'll post some of them when I release the poll results.