Don't you want to have a Lego Bugdroid? 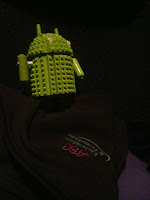 For Christmas my lovely wife got me a Lego set of the Dalek factory.  It'd been years that I'd put anything together and ... well, I didn't quite know what the Dalek factory was, so I was working off of the vague-ish instructions Lego included.

What I needed was something I really was passionate about... something like Android!  Then I'd follow it to a tee and have no issues with.

Enter +Marc Young.  I met him at the +AndroidTO conference last October and he brought a really cool friend.
Marc had been working on this little gem with the Lego Cuusoo program.  As I understand it, a designer, like Marc, can submit a Lego design and then people vote by pledging that they would buy one these.  They don't literally have to plop down a credit card, but it would be wrong to say you would, and then not purchase it after!

He does so in some generally humourous fashion 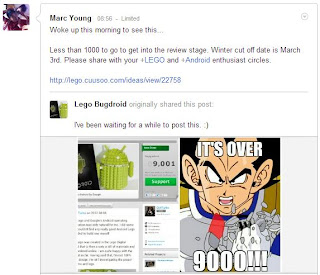 Pretty cool.  I can't wait until the next 995 voters put it in and I can get my hands on one!

Go check out the Cuusoo project and give it your support. 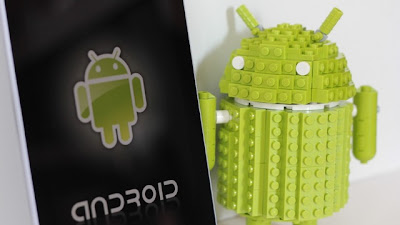